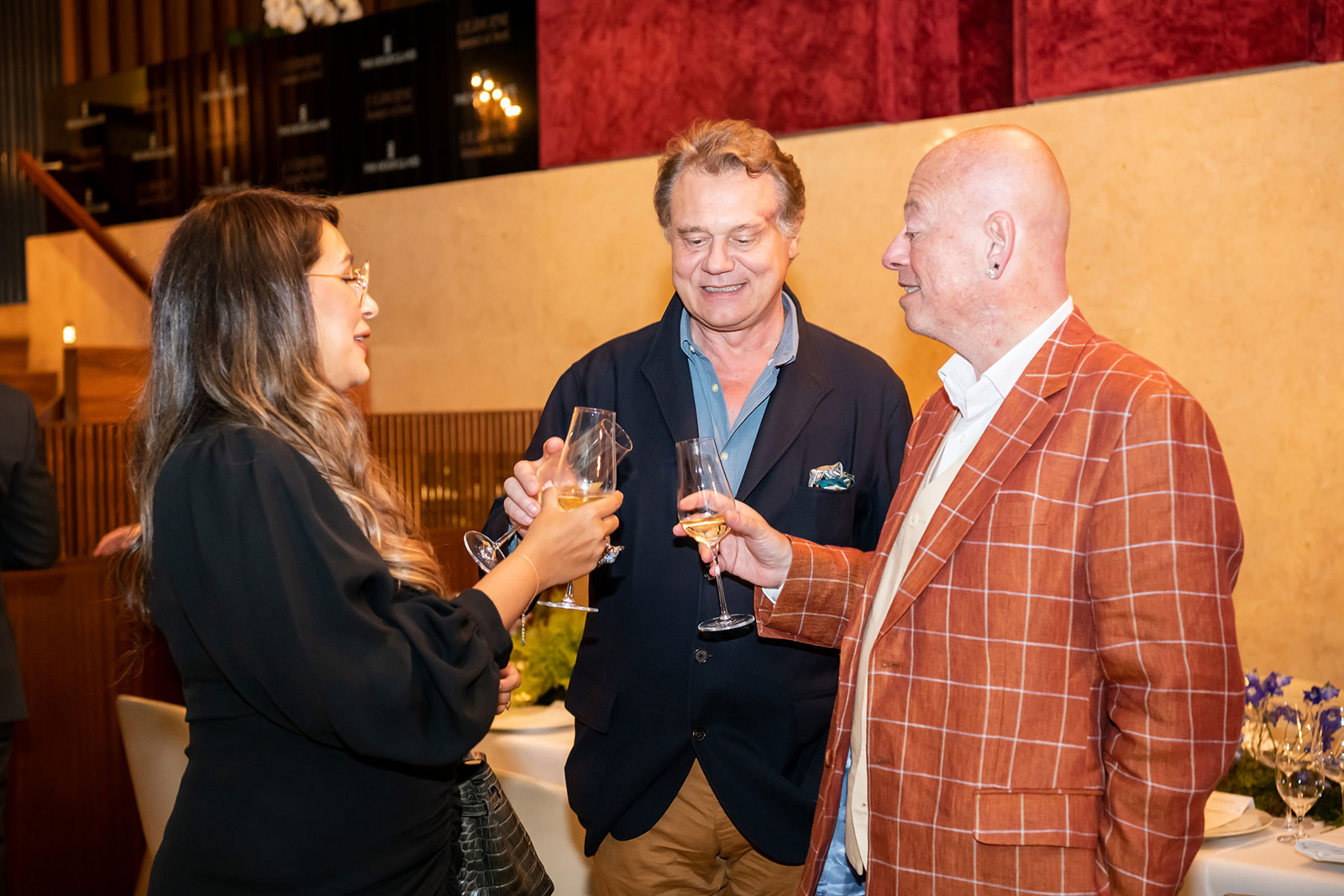 A bon vivant from an era where many watch retailers were personalities, Gino Cukrowicz passed away in Singapore on May 6, 2021, just shy of his 62nd birthday. Gino was proprietor of Ginotti, a watch store in Belgium that he cofounded with Thierry Maldague in 1987, but perhaps best known as one of the partners in F.P. Journe. He’s pictured above with his wife Radhi and Francois-Paul Journe.

A notable individual in both style and substance, Gino was always dressed in colours and eye-catching shoes, along with a large diamond stud on each year. Though Gino only owned a single watch store, his had an influence in the business, much like his peer Laurent Picciotto of Paris, because of his experience and taste.

As a measure of his stature, Gino’s funeral service in Singapore included tributes from Francois-Henry Bennahmias and Patrick Pruniaux, the chief executives of Audemars Piguet and Ulysse Nardin respectively, as well as Masaki Saito, the longtime head of sales at F.P. Journe, and Jean-Claude Biver. 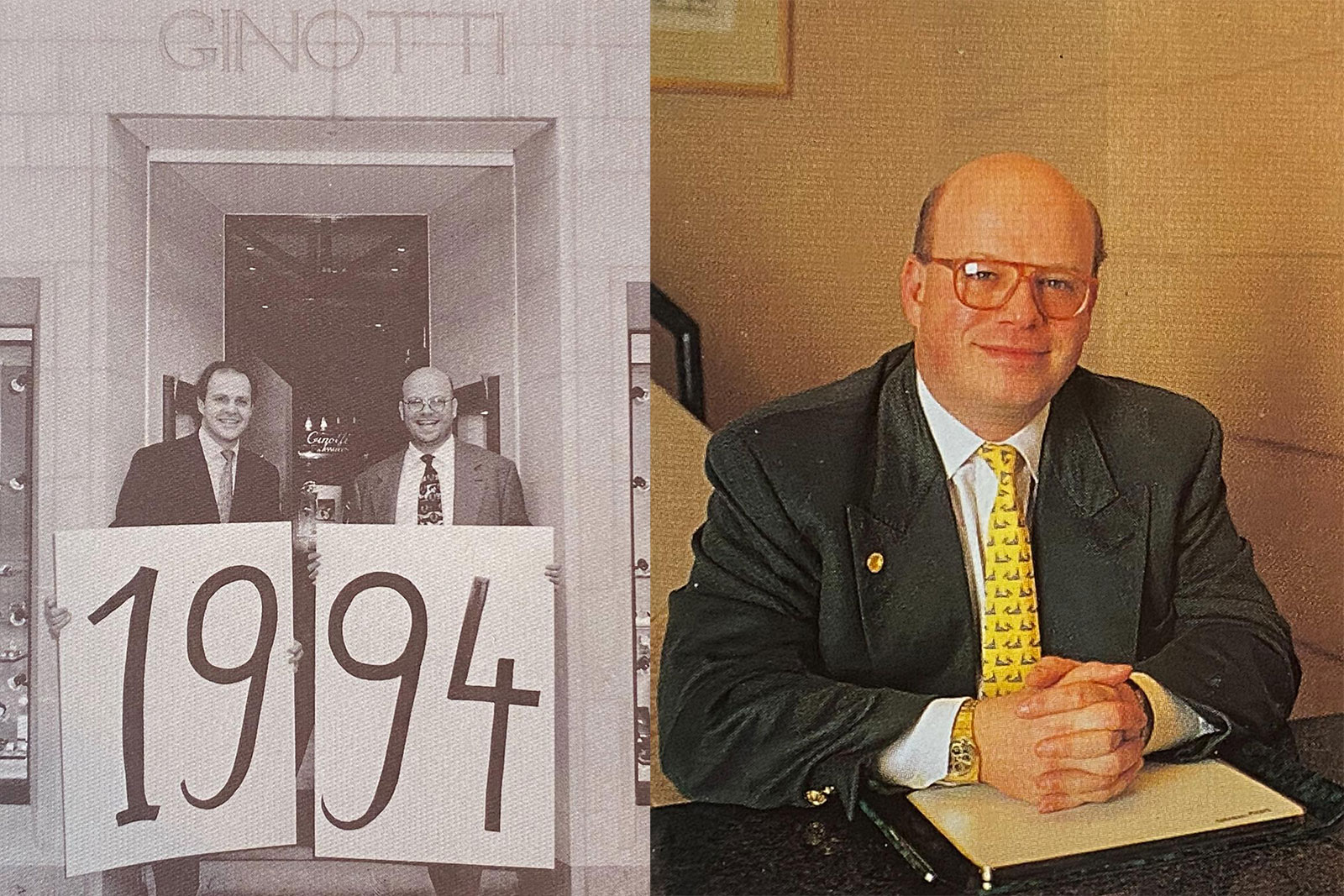 Gino with Thierry Maldague outside Ginotti (left), and pictured in the 1990s. Photo – Shawn Mehta

I last spoke with Gino at length in 2018, when he was in Singapore along with Francois-Paul Journe. Having arrived early for the interview with Mr Journe, I spent the time having a fascinating conversation with Gino, who had on his wrist an F.P. Journe Ruthenium Tourbillon with a platinum bracelet.

He was frank, his outsized passion for independent watchmakers obvious, and his stories about the peculiar personalities that lay behind many famous watches entertaining. And his trials and tribulations in dealing with big brands owned by luxury groups even more amusing. 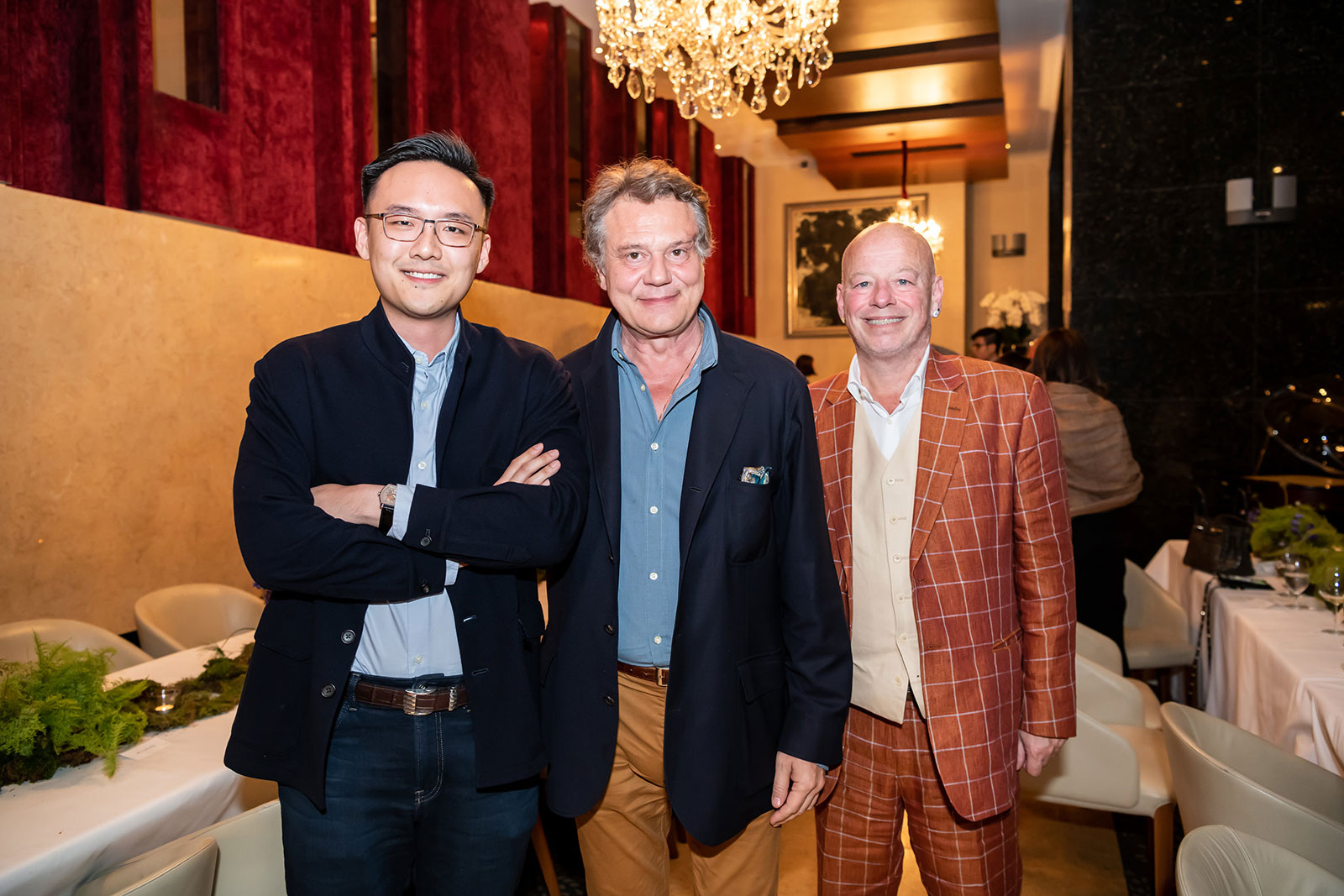 From left: the author, Francois-Paul Journe, and Gino Cukrowicz

Born Serge Cukrowicz – but known to everyone as Gino – on June 20, 1959, his father was a diamond dealer but Gino was fascinated by watches since his youth. Having cofounded Ginotti in 1987, Gino worked with many of the leading names in the early years of modern independent watchmaking, including Gerald Genta, Franck Muller, and Daniel Roth. He was a regular at the Basel Fair before it came to be known as Baselworld.

It was during one of the fairs in the early 1990s that Mr Roth introduced Cukrowicz to Francois-Paul Journe. Gino recounted that Mr Journe was wearing his first tourbillon during that fateful meeting, and the two became best of friends. Gino would often accompany Mr Journe on his trips overseas, especially in Asia.

Shortly before Mr Journe debuted the Tourbillon Remontoir d’Egalite in 1999, Gino became the first partner in what would become Montres Journe. He was soon after joined by Philippe Rabin, who became the third partner in the business. Subsequently, substantial financial backing came from Stéphane Barbier-Mueller, a Geneva real estate investor. And in 2018, the Werthemier brothers who control Chanel took a 20% stake in F.P. Journe, a crucial step in ensuring the longevity of the F.P. Journe brand according to Gino.

Gino is survived by his wife Radhi Kilachand, children Gina and Dylan Cukrowicz, and stepchildren Zane and Shawn Mehta.