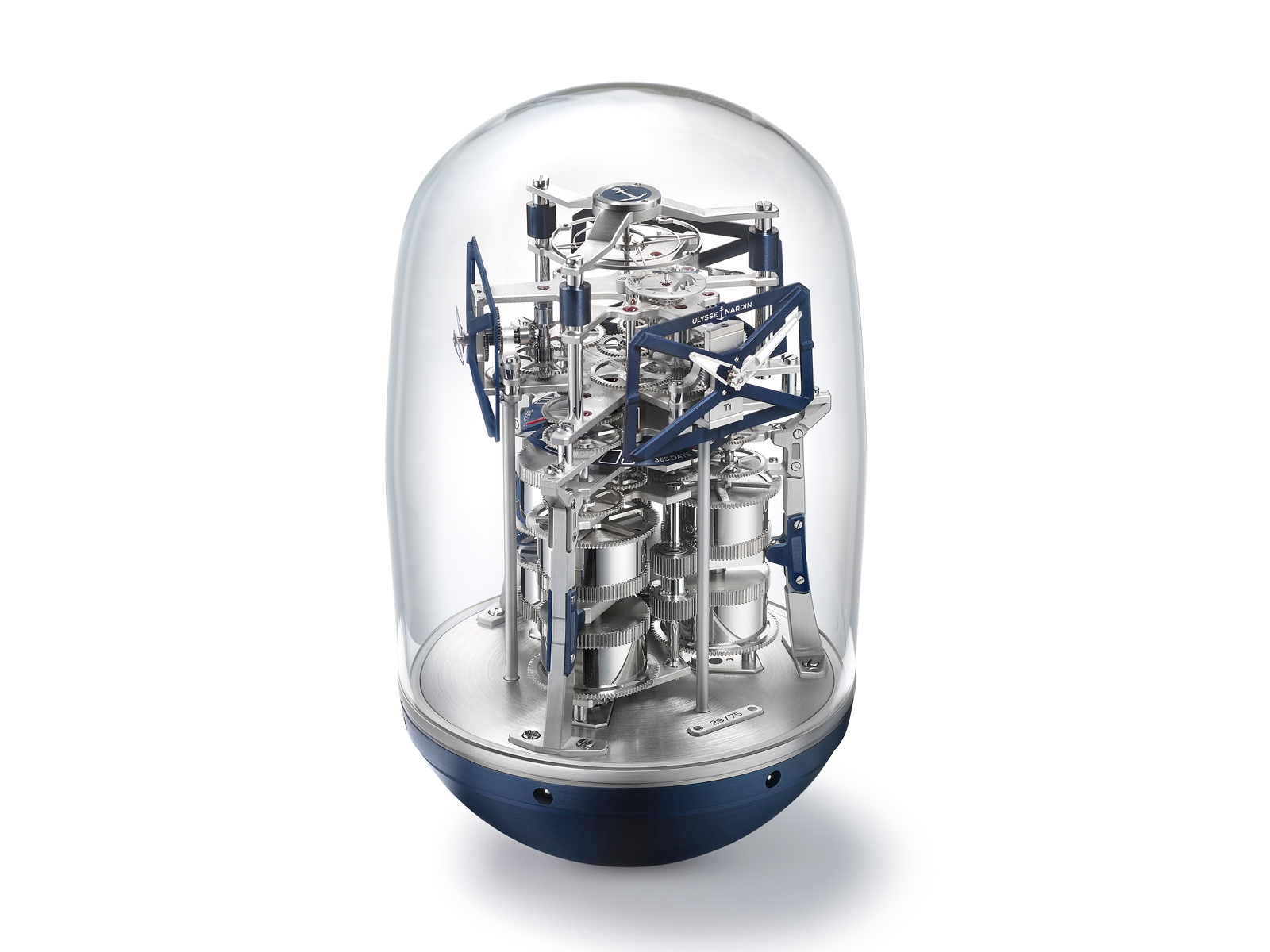 Having made a name for itself in the early 20th century for its marine chronometers, Ulysse Nardin revisits its roots with the UFO, an intriguing table clock conceived to mark the brand’s 175th anniversary. Described as a “swinging mechanical depiction of the movement of the waves”, the UFO is as an avant-garde reinterpretation of the marine chronometer. It’s essentially a round-bottomed doll that will wobble and sway but never topple over, except it contains an impressive mechanical movement with a 365-day power reserve.

Traditionally known for largely classical designs with the occasional twist, such as the Marine Torpilleur, Ulysse Nardin has been gravitating towards more boldly modern designs in recent years, exemplified by the Blast Tourbillon and the Freak X Silicium Marquetry. That experimental approach is now applied to the table clock in a collaboration with clock specialist L’Epée 1839, the supplier of choice for many watchmakers looking to get into exotic clocks.

Inspired by the oceans, the UFO sways when nudged, but remains upright thanks to a weighted base, creating an engaging display of timekeeping. And the UFO is practical as well, featuring three clock faces that can be set to different time zones, or to mirror each other. 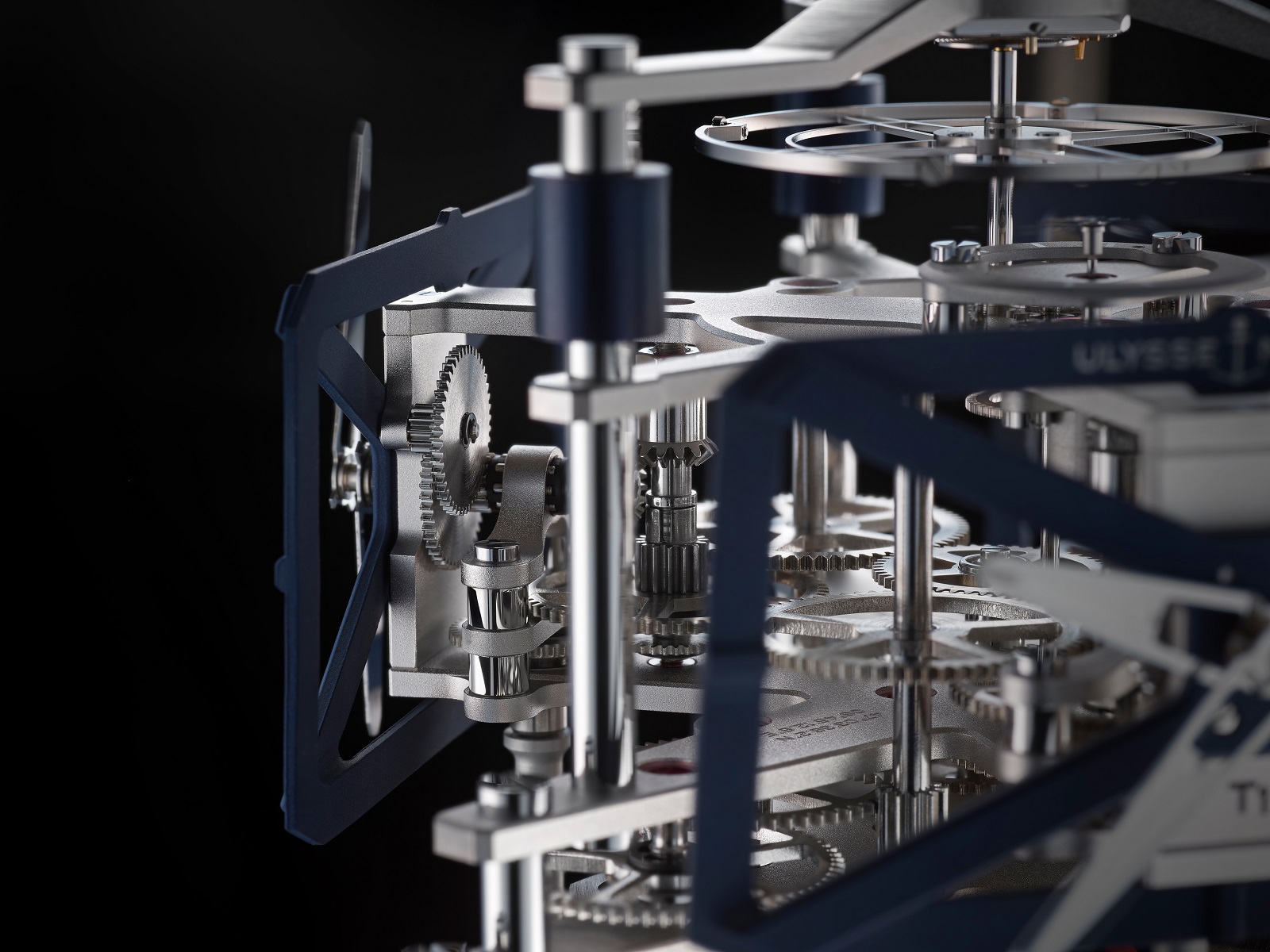 Granted, the UFO will have a very niche appeal, considering it’s a table clock with a complex design matched by a high price tag. Costing a whopping US$41,100, the UFO is almost double the price of L’Epée’s better known works for brands like MB&F, which include the Medusa and the T-Rex.

While the UFO is definitely a far more complicated construction – the movement is one of L’Epee’s most complex – the price will be hard to swallow for all but the most ardent clock enthusiasts.

Out of this world

Crafted out of 663 components, the UFO is a mechanical tower that is built upon a blue, half-spherical aluminium base that contains a tungsten mass.

This allows the UFO to swing up to 60° from the vertical, mimicking a boat rocking on the ocean waves. It’s interesting to note that the original marine chronometers built in the 1800s were often gimballed to keep them level despite the motion of ships out on the ocean – the UFO’s construction is basically a reversal of that and accentuates movement. 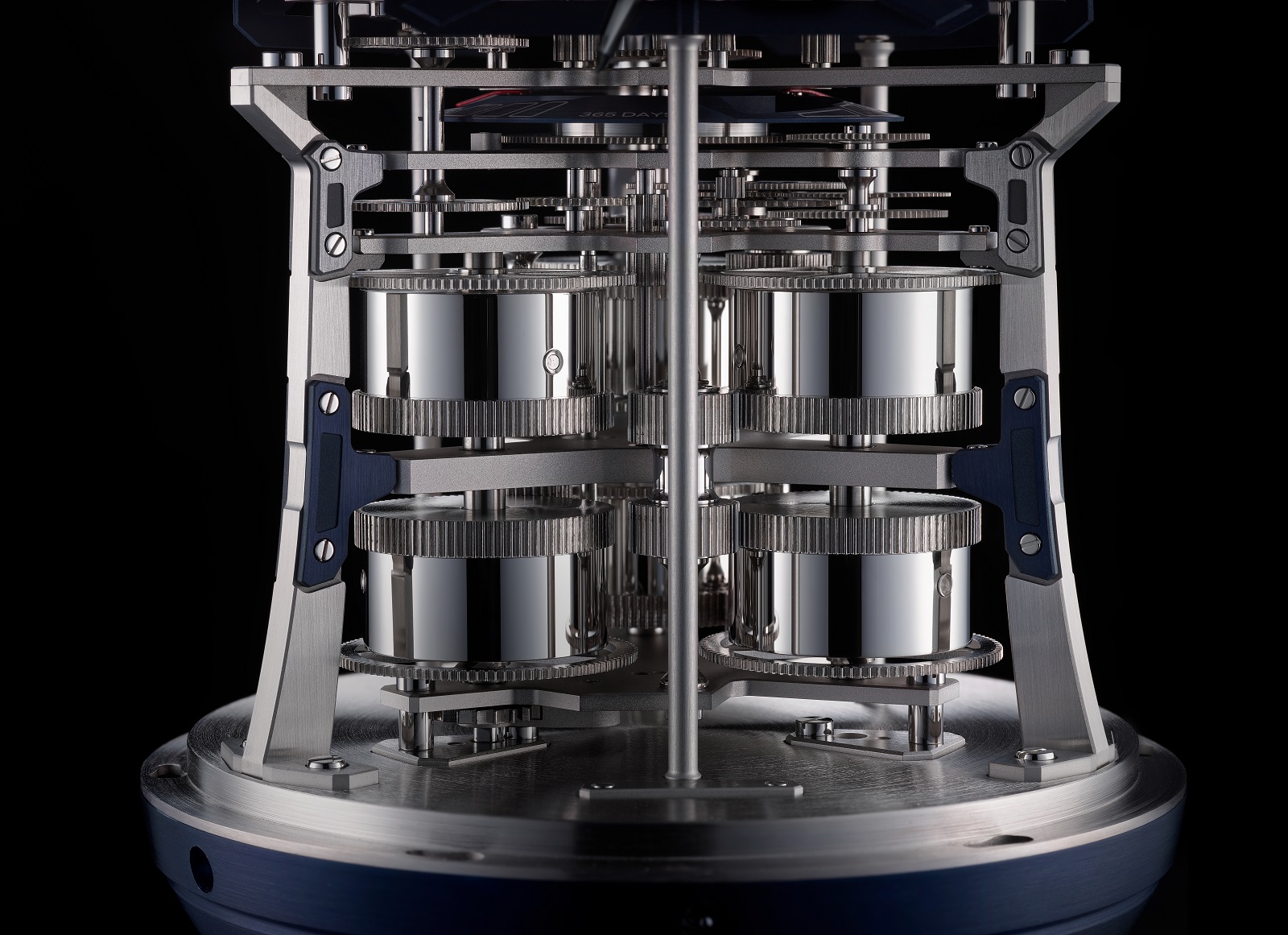 At the top of the UFO sits the balance wheel, which is a large 49 mm wide. Coupled with the clock’s slow beat of 0.5 Hz and six barrels, the UFO boasts a stunning power reserve of one year, making winding the clock an annual affair. 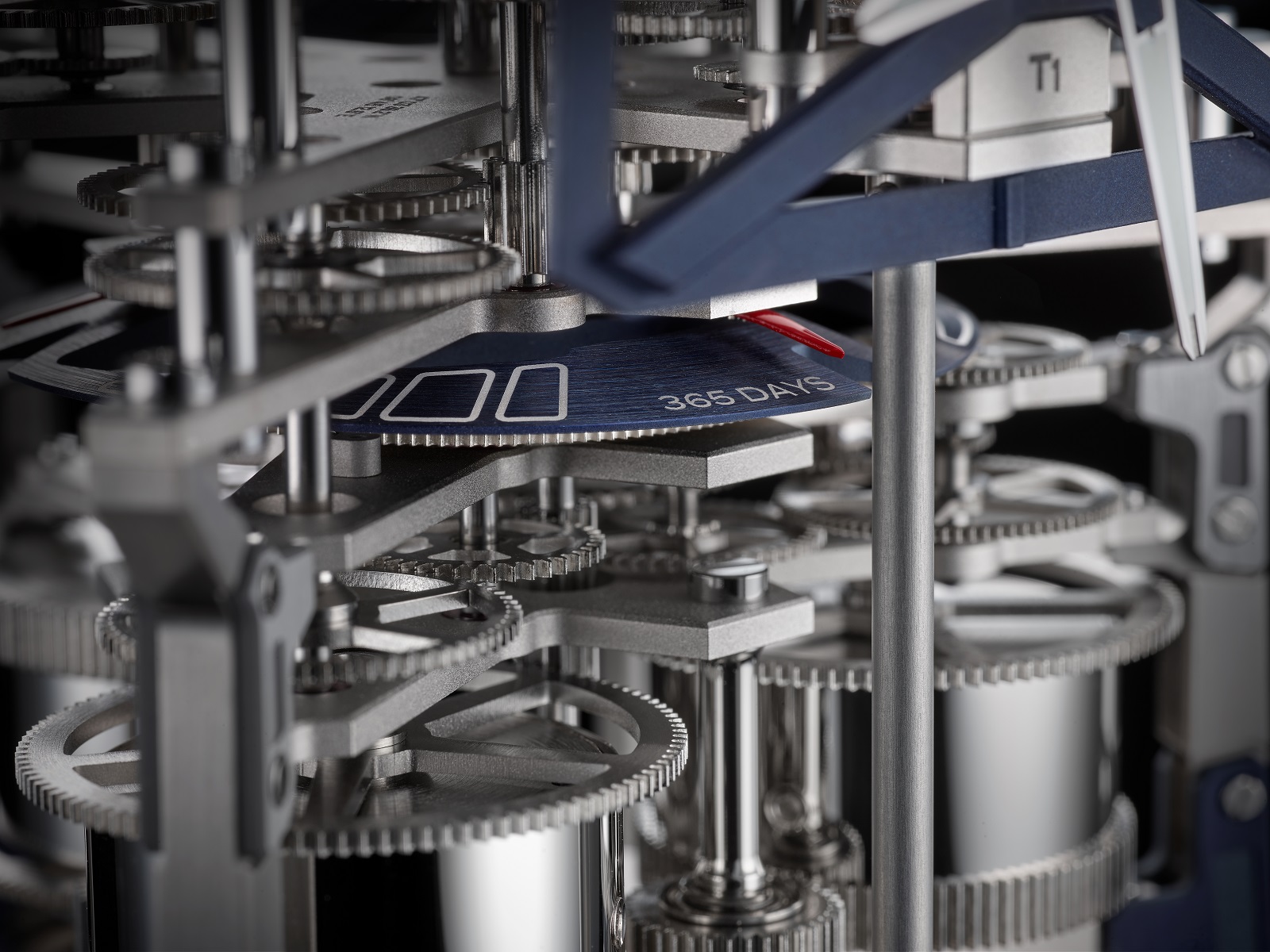 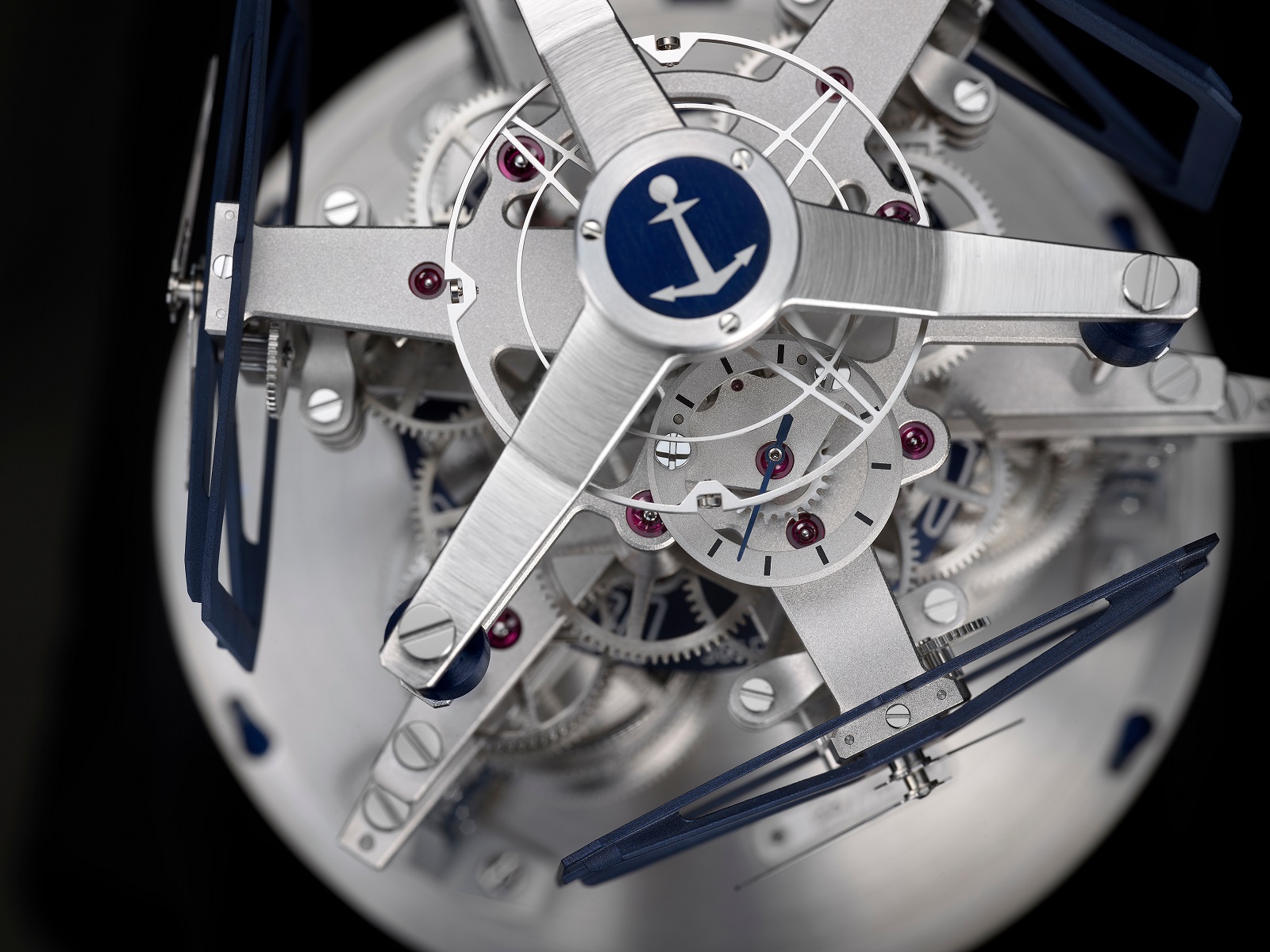 The balance wheel at the top of the UFO, with the dead-beat seconds display underneath

The UFO is encased in a spherical dome that’s hand blown by glass artisan Romain Montero, who works out of a workshop on the shores of Lake Neuchâtel in the Vallee de Joux, and not far from Ulysse Nardin’s home in Le Locle. The dome is 3 mm thick, and not only gives the UFO its shape but also protects the mechanics from dust. 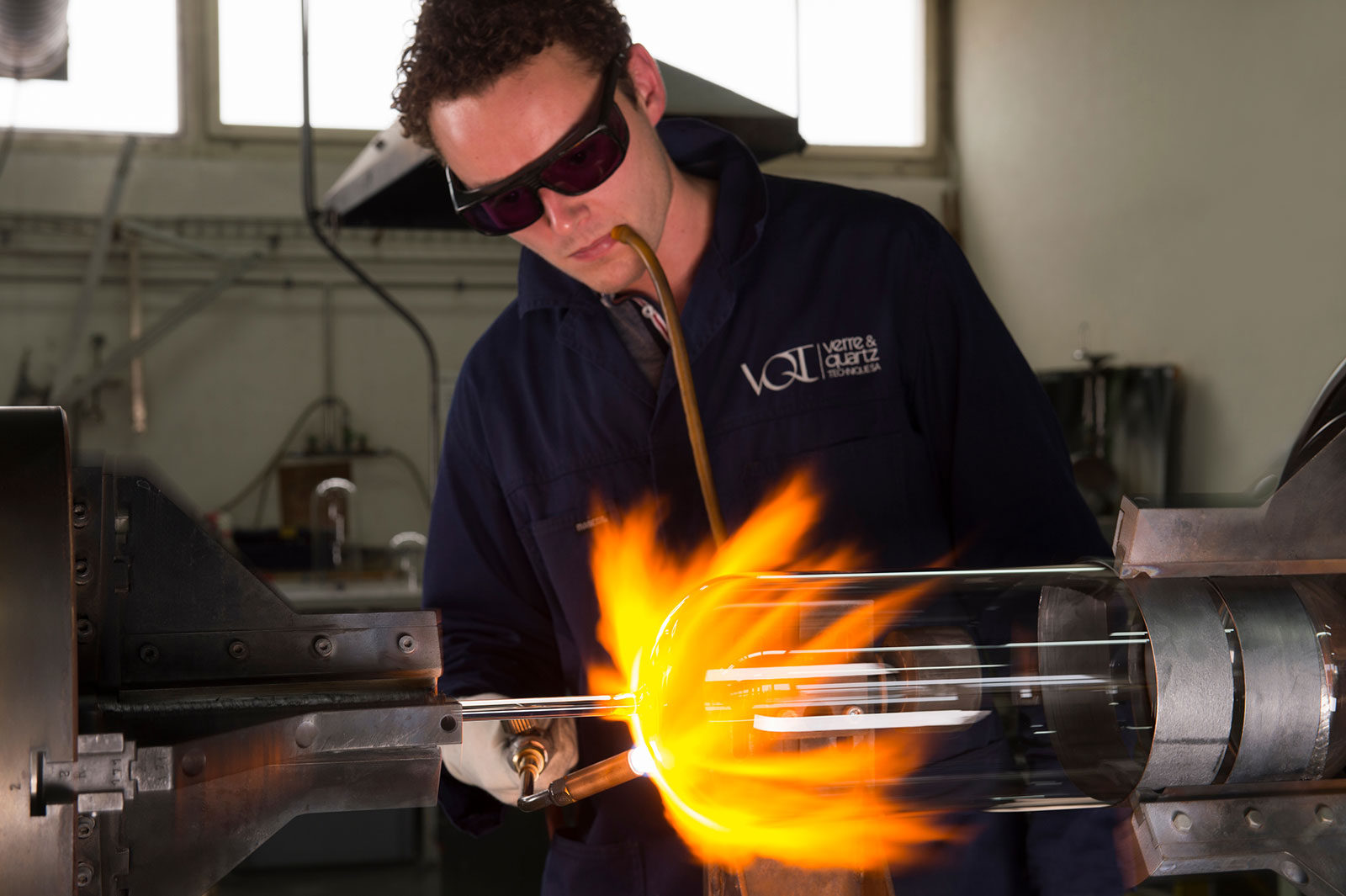 Blowing the dome by hand 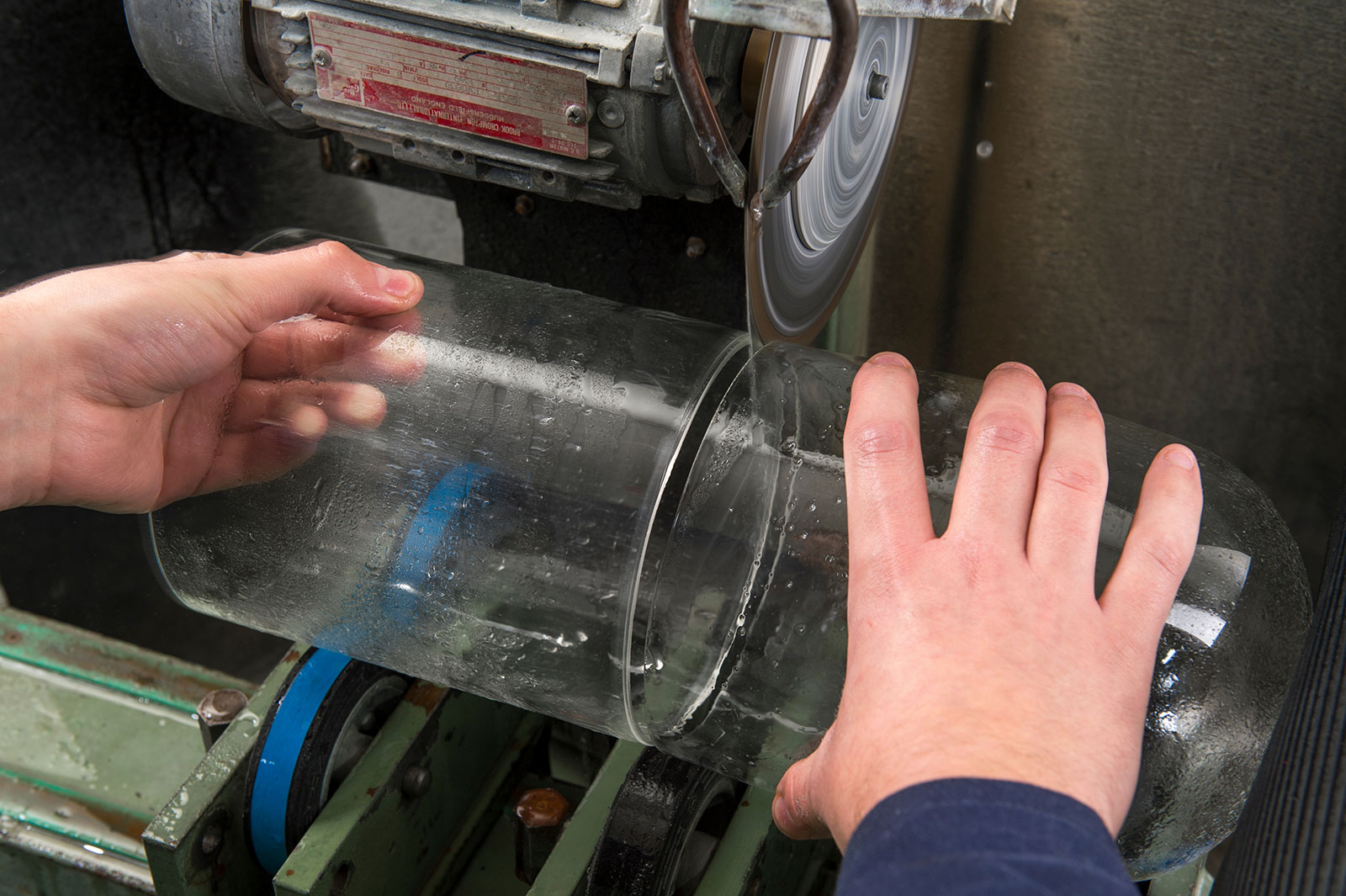 Cutting the dome down to size

The eyeball on legs returns.