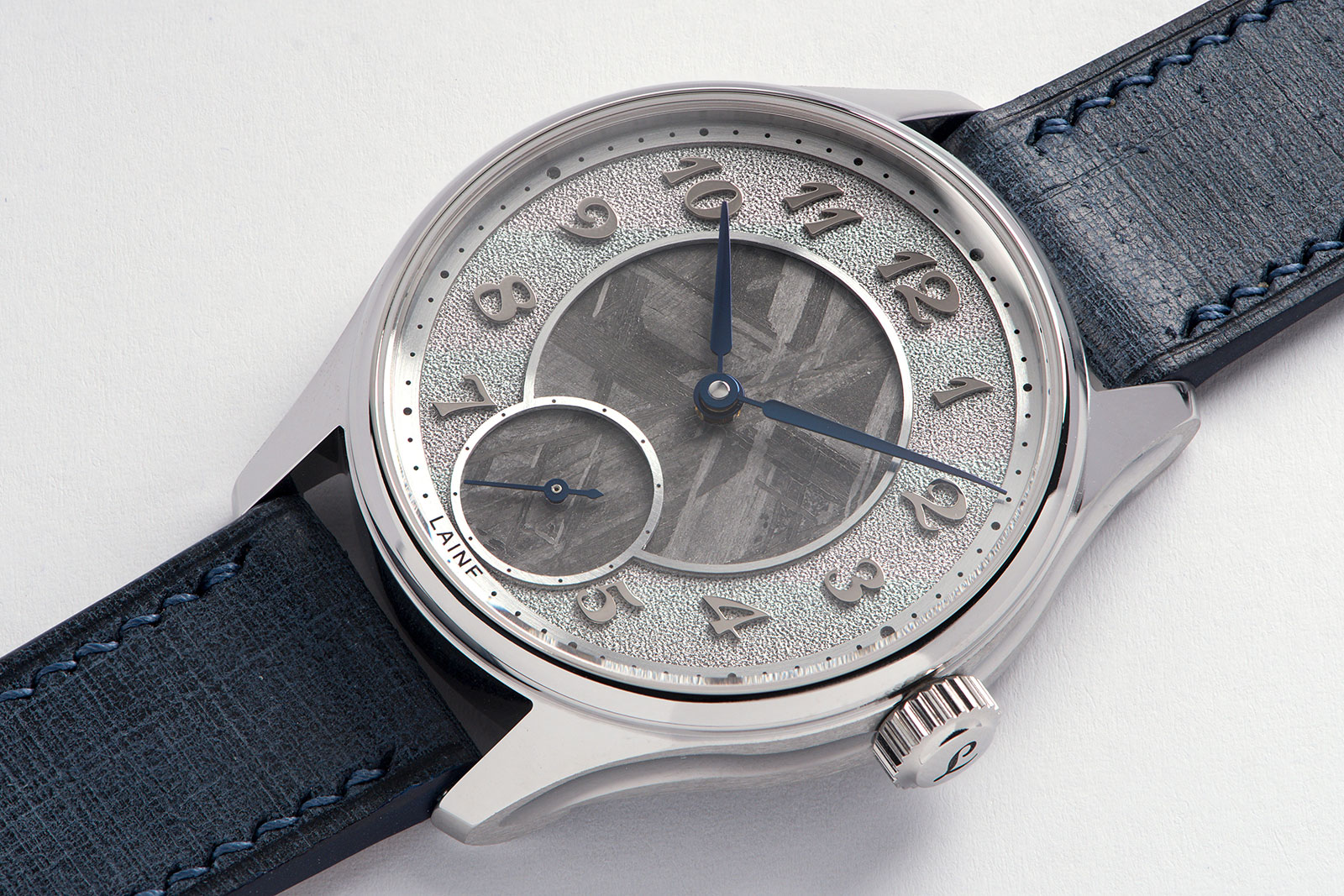 A Finnish watchmaker in Switzerland, Torsti Laine has become known for his affordable watches with custom-made dials and attractively modified Unitas movements. Now he is simultaneously unveiling his next generation of watches.

One is the Laine G3, an improved version of his bestselling model that’s now available with dials comprised of various materials. It continues to be powered by a Unitas calibre, but now even more elaborately decorated with relief engraving on the three-quarter plate.

And the second is the Laine V38, an entirely new model that’s smaller and slimmer thanks to the automatic Vaucher VMF 5401 inside. Like the G3, it will be offered with a variety of mix-material dials. 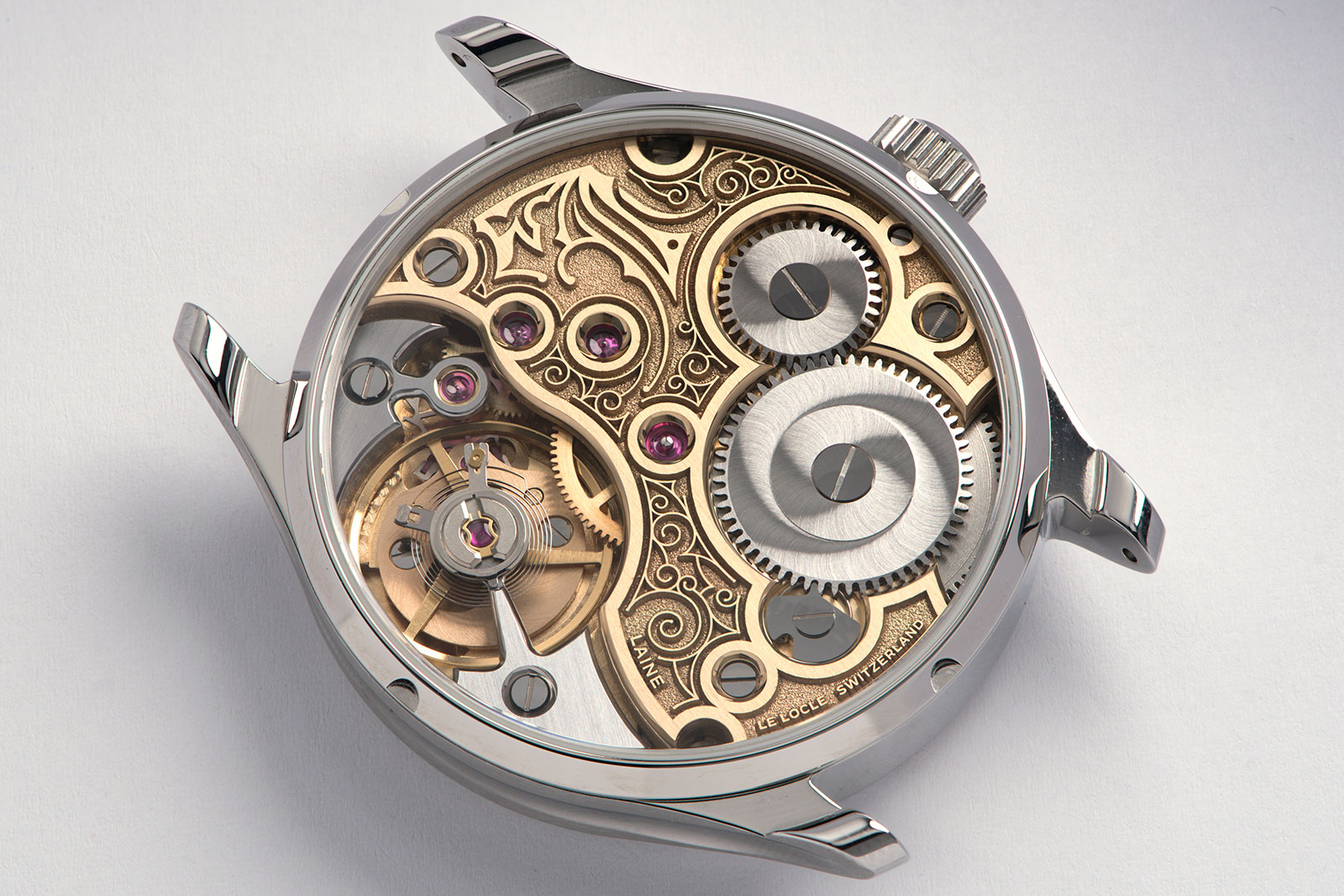 The LA18.1 with its new three-quarter plate decoration

Appealing for the high level of customisation and good finishing, Mr Laine’s watches have long been an accessible yet respectable entry into the world of independent watchmaking.

His new models continue to offer the qualities that made his earlier watches a success, while adding a bit more to the mix in terms of finishing and choice. The variety of dial styles and materials will be the biggest selling point, while the new movement engraving might be unnecessarily fancy.

The V38, in particular, is something that Mr Laine never offered before in terms of size, which should make it the most appealing to buyers wanting something more classically sized. 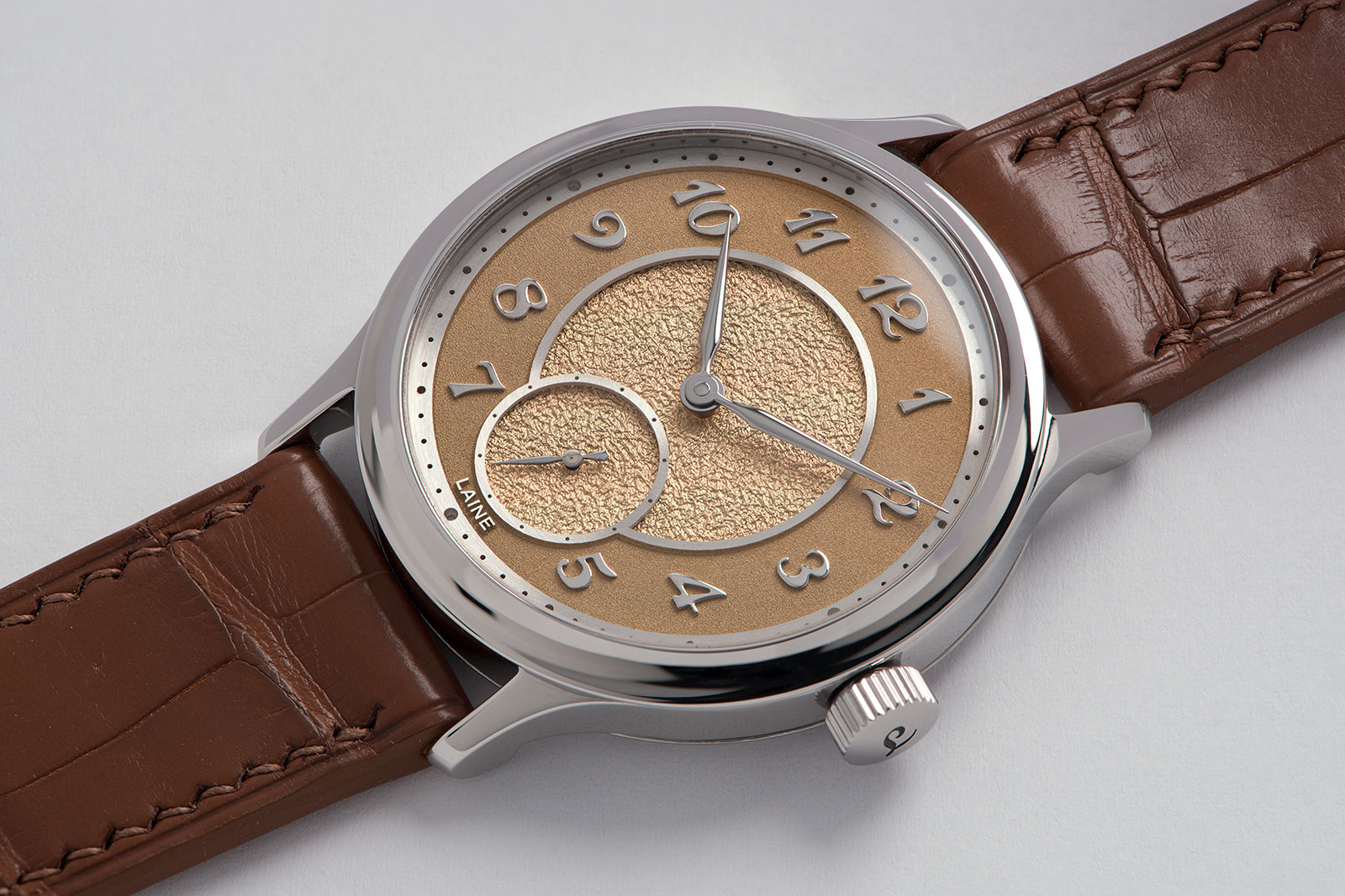 With the G3 starting at CHF8,500, the new models are more expensive than his earlier watches, by 20-50% depending on the model, though they offer more for the money and remain good value.

A replacement for the Gelidus 2 (G2), the G3 is has the same underpinnings as its predecessor, but refined in terms of decoration and construction.

The G3 dial is made ups three primary parts – centre, seconds, and chapter ring – that can each be rendered in a different material, resulting in a multitude of dial variations. The centre, for instance, can be engine turned or frosted, or even entirely etched iron meteorite. 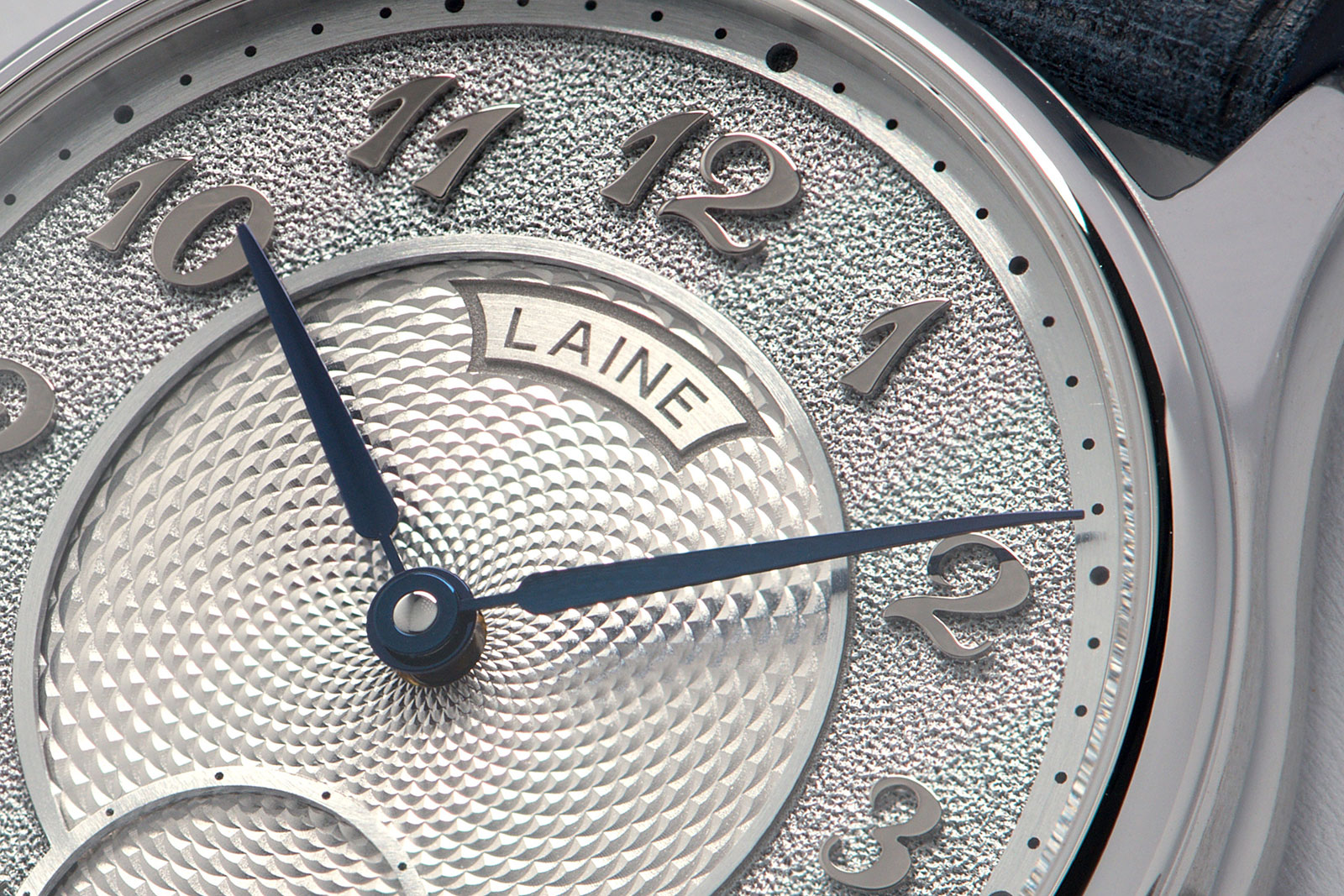 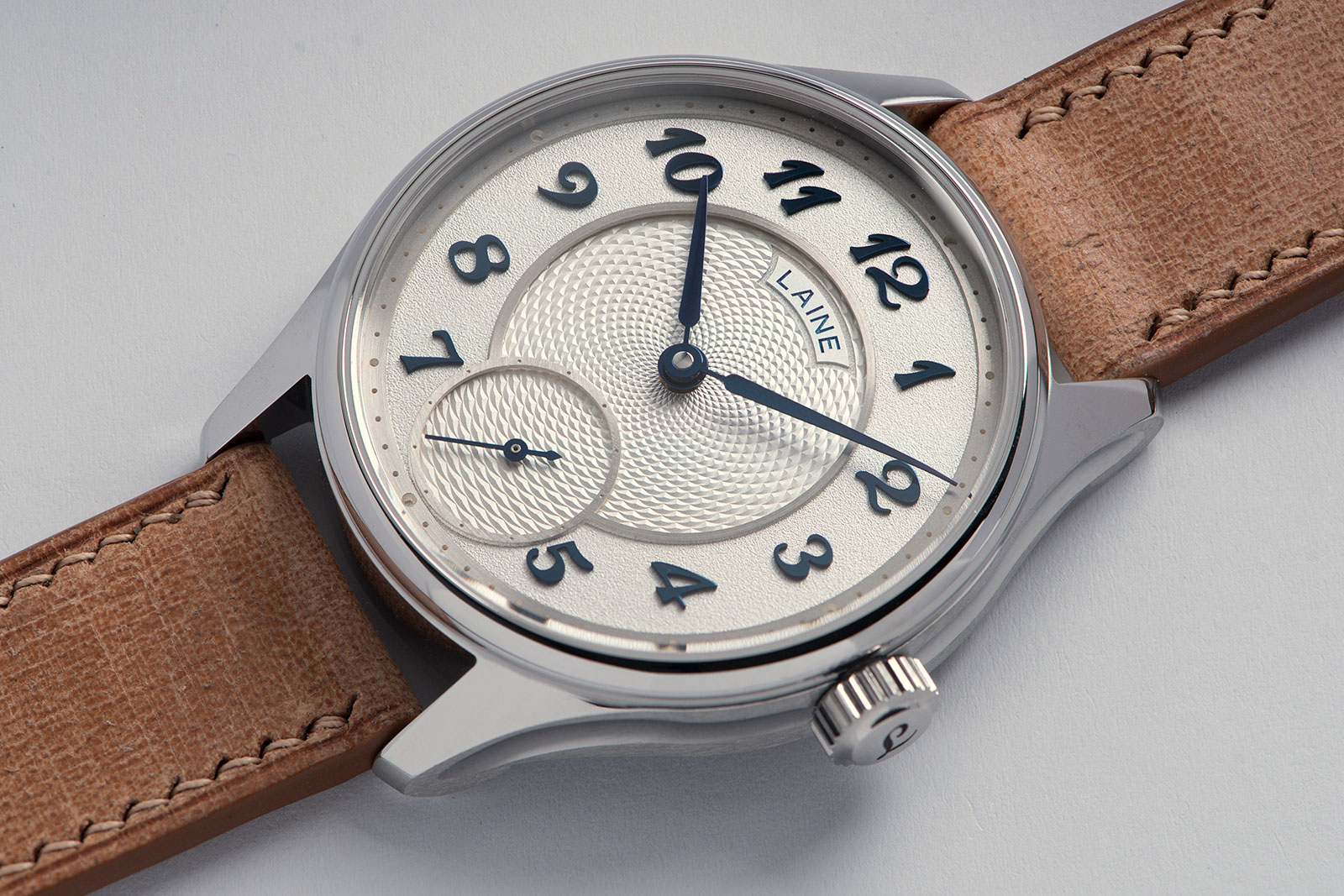 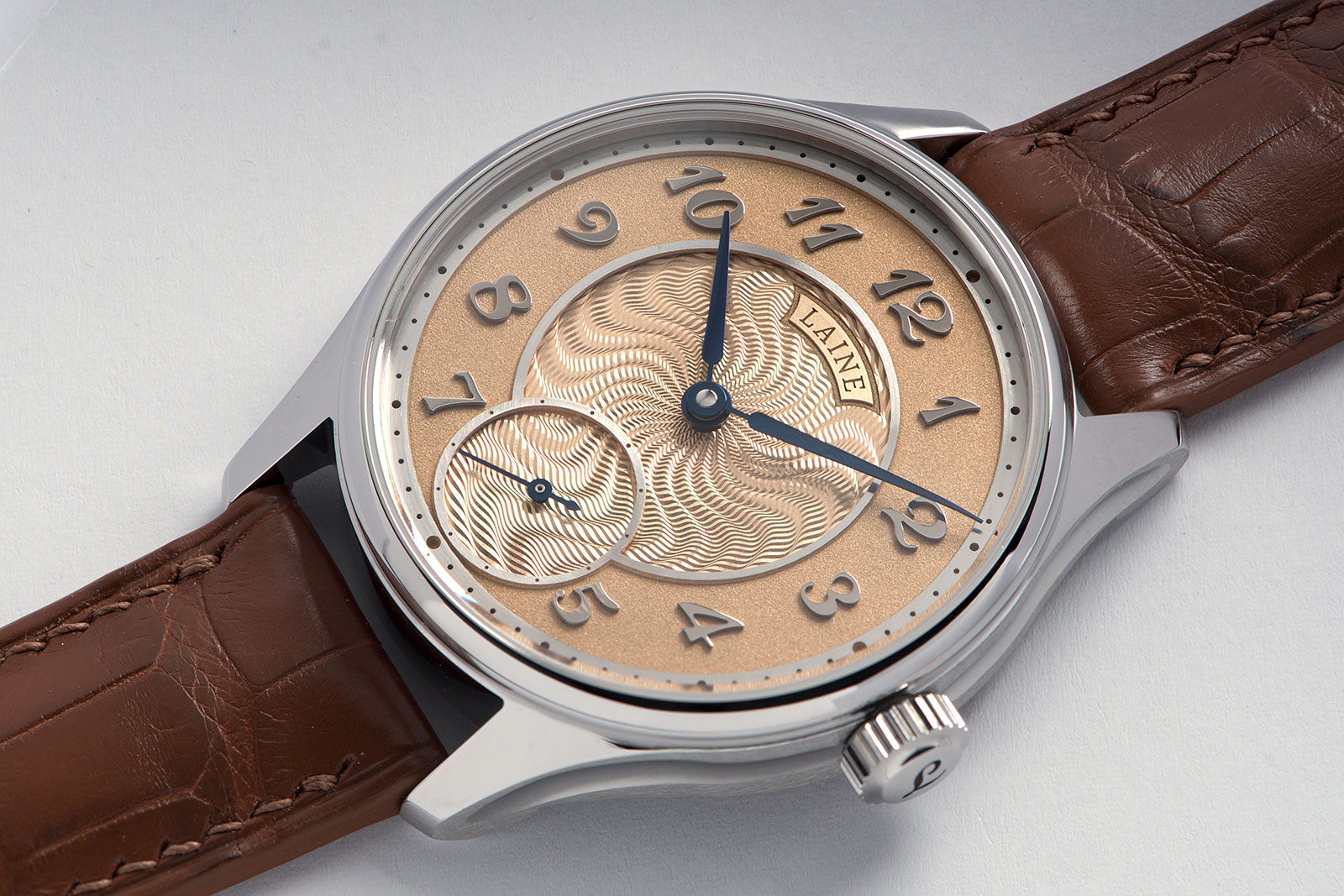 The movement remains based on the Unitas 6498, but now features a fancier three-quarter plate that’s is offered in three distinct finishes.

The “Classic” frosted finish of the G2 continues to be available, but now additional options include relief engraving that’s either an arabesque or abstract calligraphy that resembles Arabic script.

While the three-quarter plate has been revamped, the movement continues to boast a few hand finished that have the original much appeal. The steel bridges for the balance and escape wheels are straight grained on top and mirror polished on their bevels, while all of the countersinks for the screws and jewels are polished by hand to a mirrored finish. 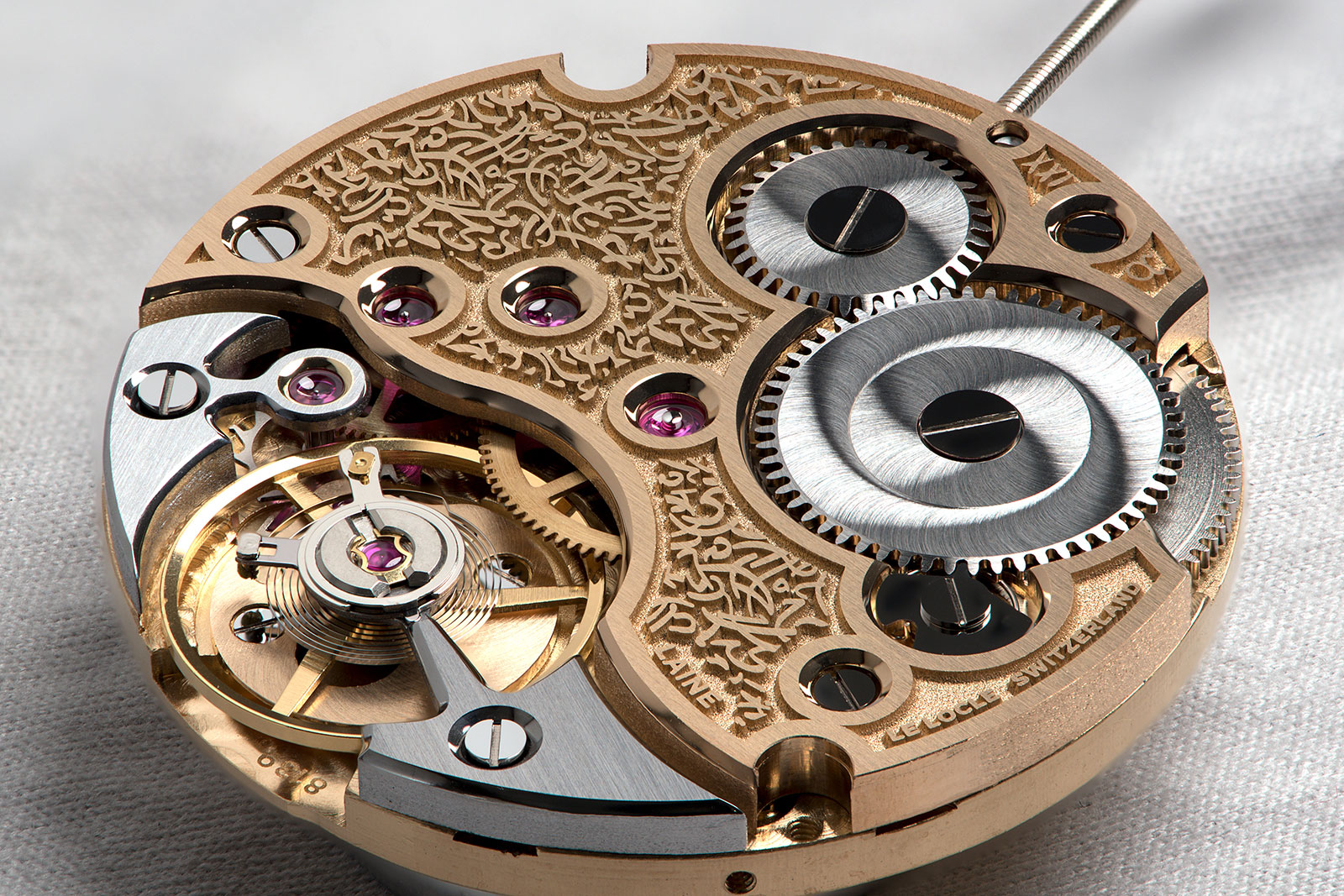 A variation of the new model is the GG3, which is short for Gelidus-Guilloche. It’s essentially identical to the G3, except the dial is decorated with three styles of guilloche, all engraved the old-fashioned way on a rose engine. 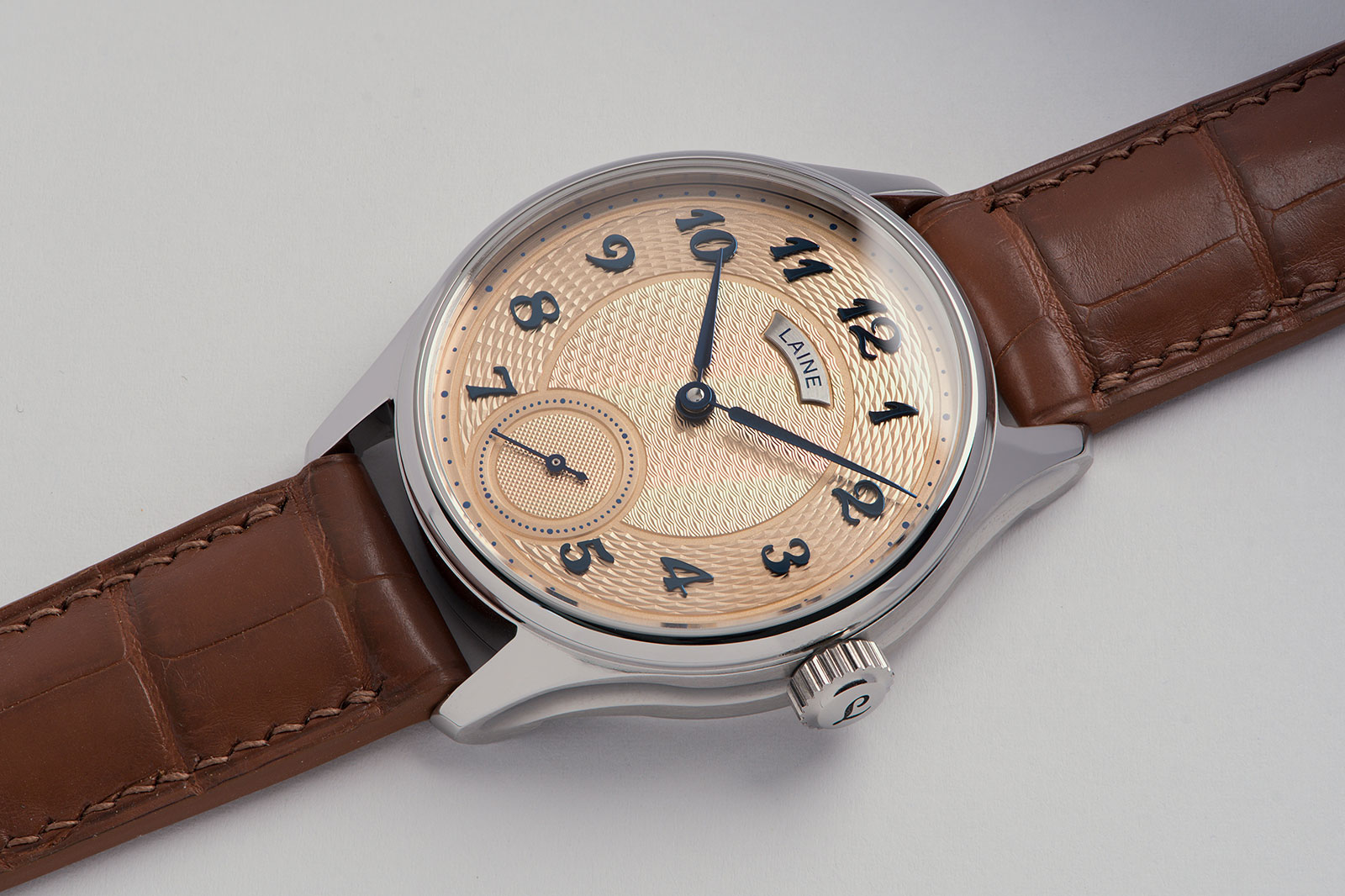 Its dimensions are possible due to the VMF 5401 made by Vaucher, the movement maker owned by Parmigiani. A thin automatic with a micro-rotor, the VMF 5401 increasingly popular amongst smaller independent brands seeking a high-end automatic movement. Other brands that rely on the calibre include Kikuchi Nakagawa and Millechron.

Having a similarly-constructed three-part dial, the V38 is available with the same options for dial customisation as the G3. But the hands of the V38 are thicker than those on the G3, and produced by hand – first filed to round them and then mirror polished. 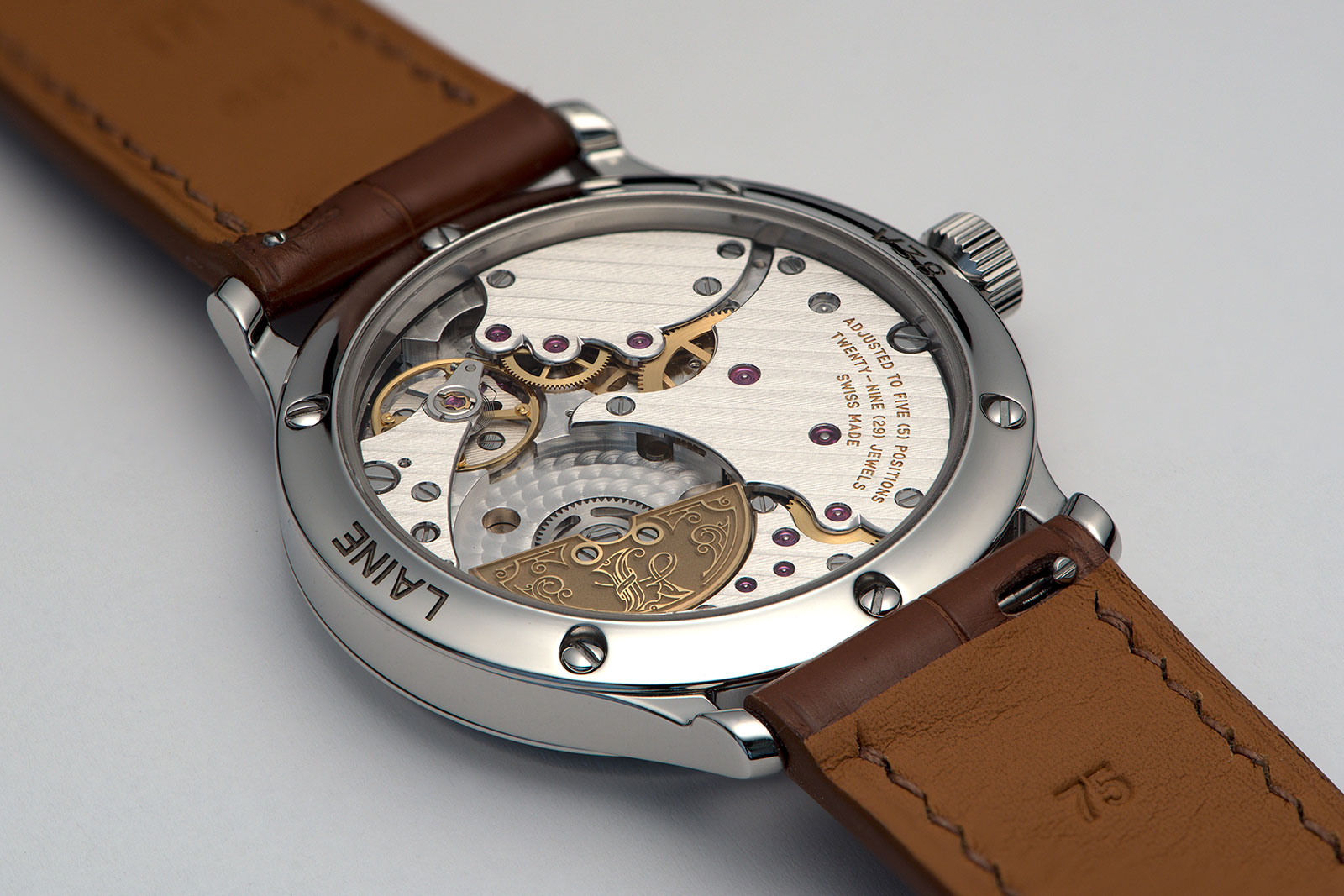 Finished to the highest specification offered by Vaucher, the VMF 5401 is equipped with a tungsten rotor that’s engraved with the same “Signature” motif found on the G3 movement. Limited edition: No but made to order with various levels of customisation
Availability: Direct from Laine Watches
Price:
G3 – From CHF8,500 with frosted dial, and CHF9,000 with meteorite or guilloche dial
GG3 – From CHF9,800