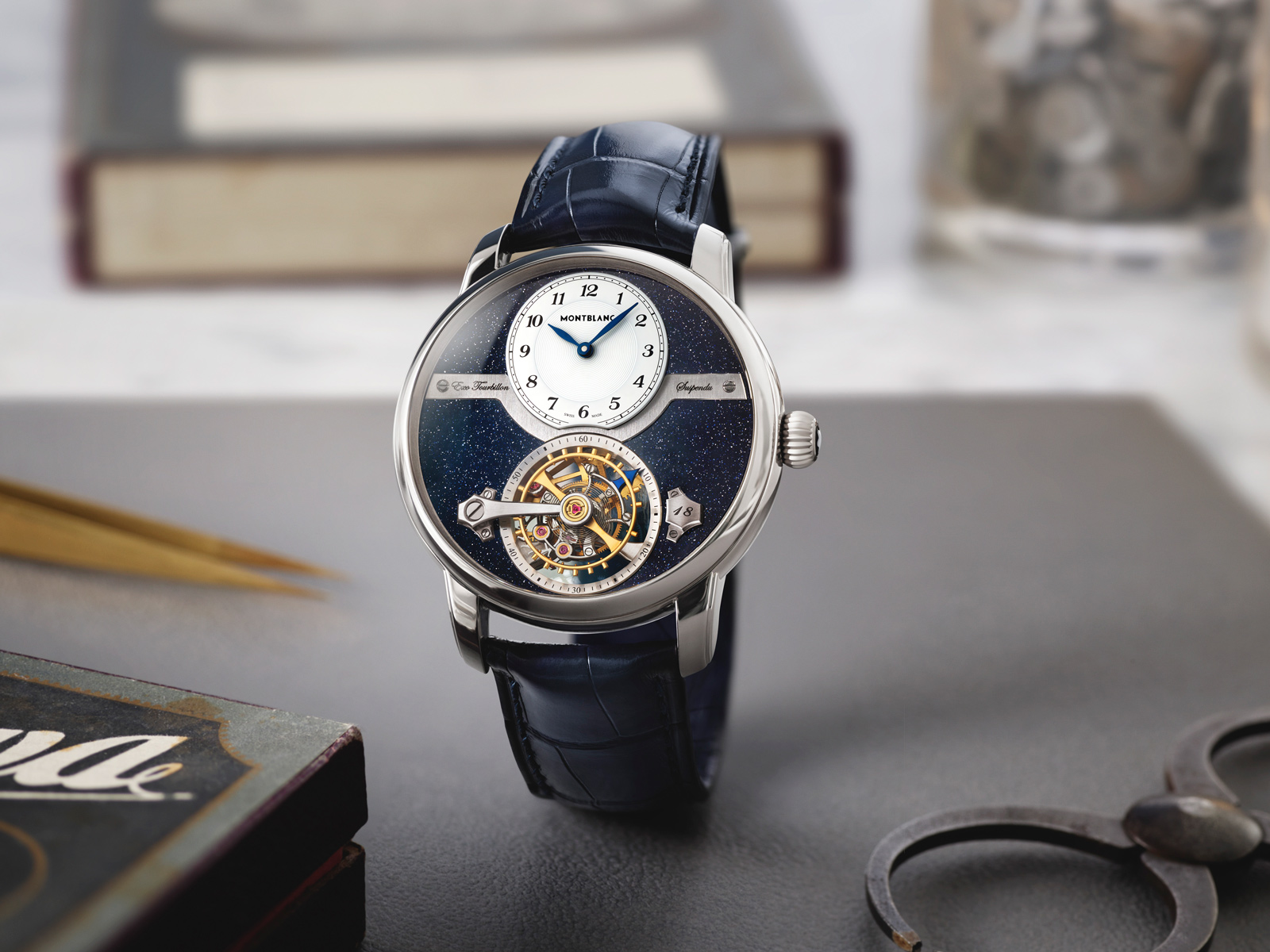 One of the most interesting new releases from Montblanc at Watches & Wonders 2021 is the Star Legacy Suspended Exo Tourbillon, a technically impressive movement fused with a sparkly aventurine-glass dial. It’s equipped with a larger-than-usual balance wheel positioned above the dial, seemingly suspended but actually part of the tourbillon regulator. 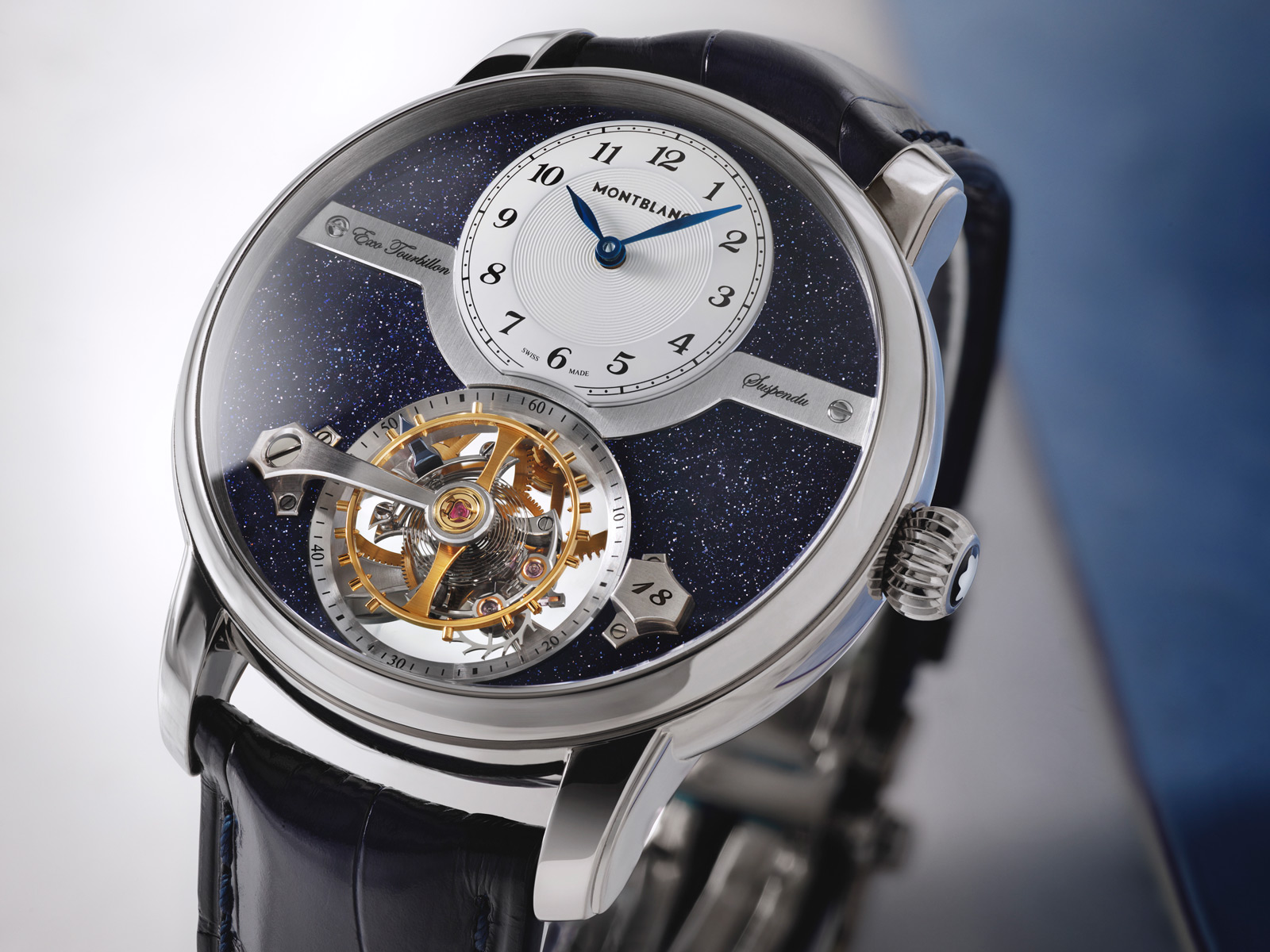 Very much living up to the Star Legacy model name, the aventurine-glass is restrained and modern, especially when combined with the white gold case, giving it a different look from the earlier models that were in rose gold. 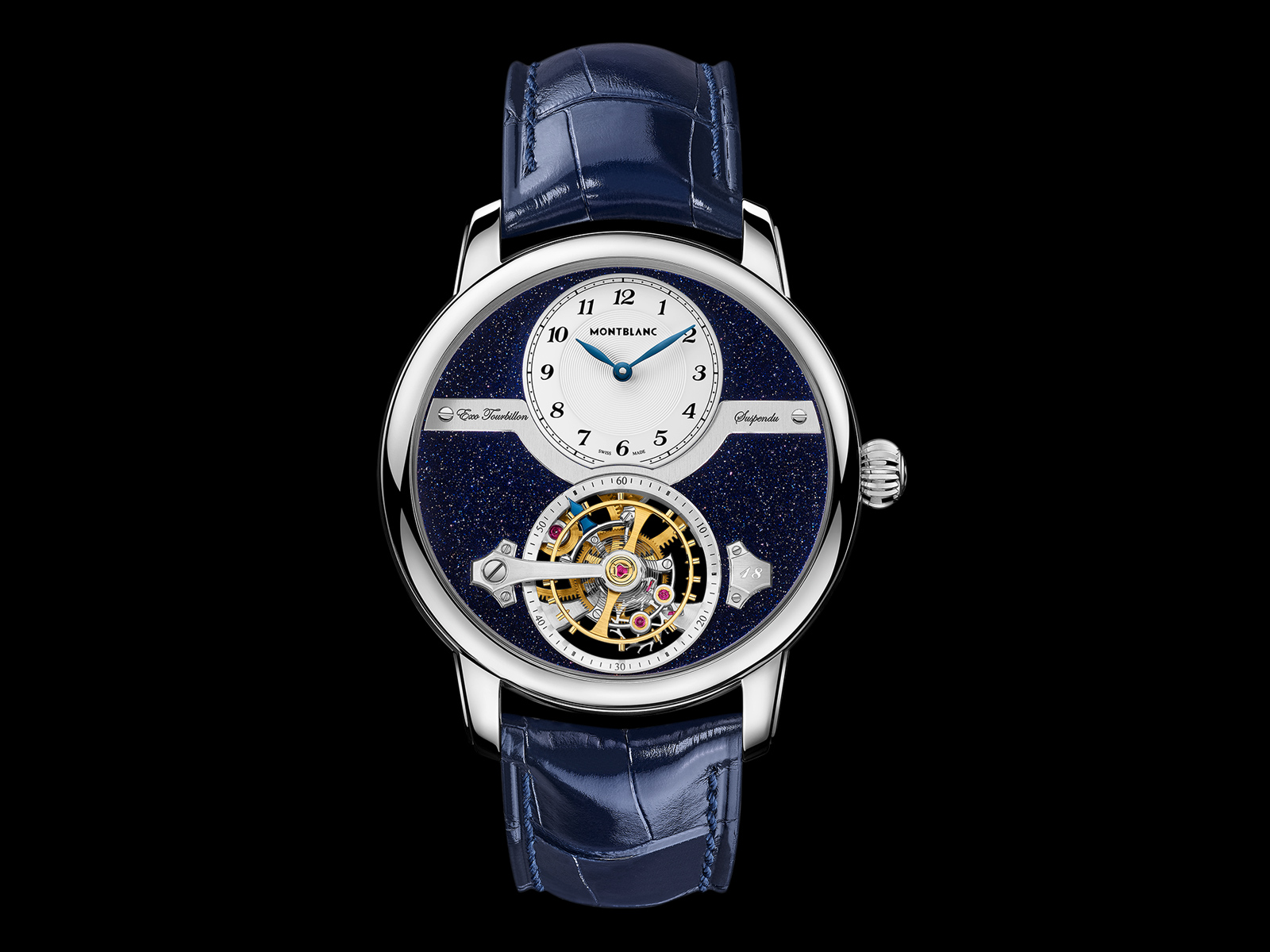 Typical of Montblanc’s higher-end watches made at the former Minerva manufacture in Villeret – as opposed to its more affordable timepieces, manufactured at the main facility in Le Locle – the Star Legacy Suspended Exo Tourbillon is remarkably well-finished. Worlds apart from Montblanc’s entry-level tourbillon in terms of movement decoration, the movement is also more traditionally finished than comparably priced alternatives such as the Audemars Piguet Code 11.59 Flying Tourbillon.

However, because the movement was derived from the pocket watch calibres developed by Minerva in the 20th century, it results in a rather large, 44.8 mm watch, which undermines the otherwise elegant nature of the design. 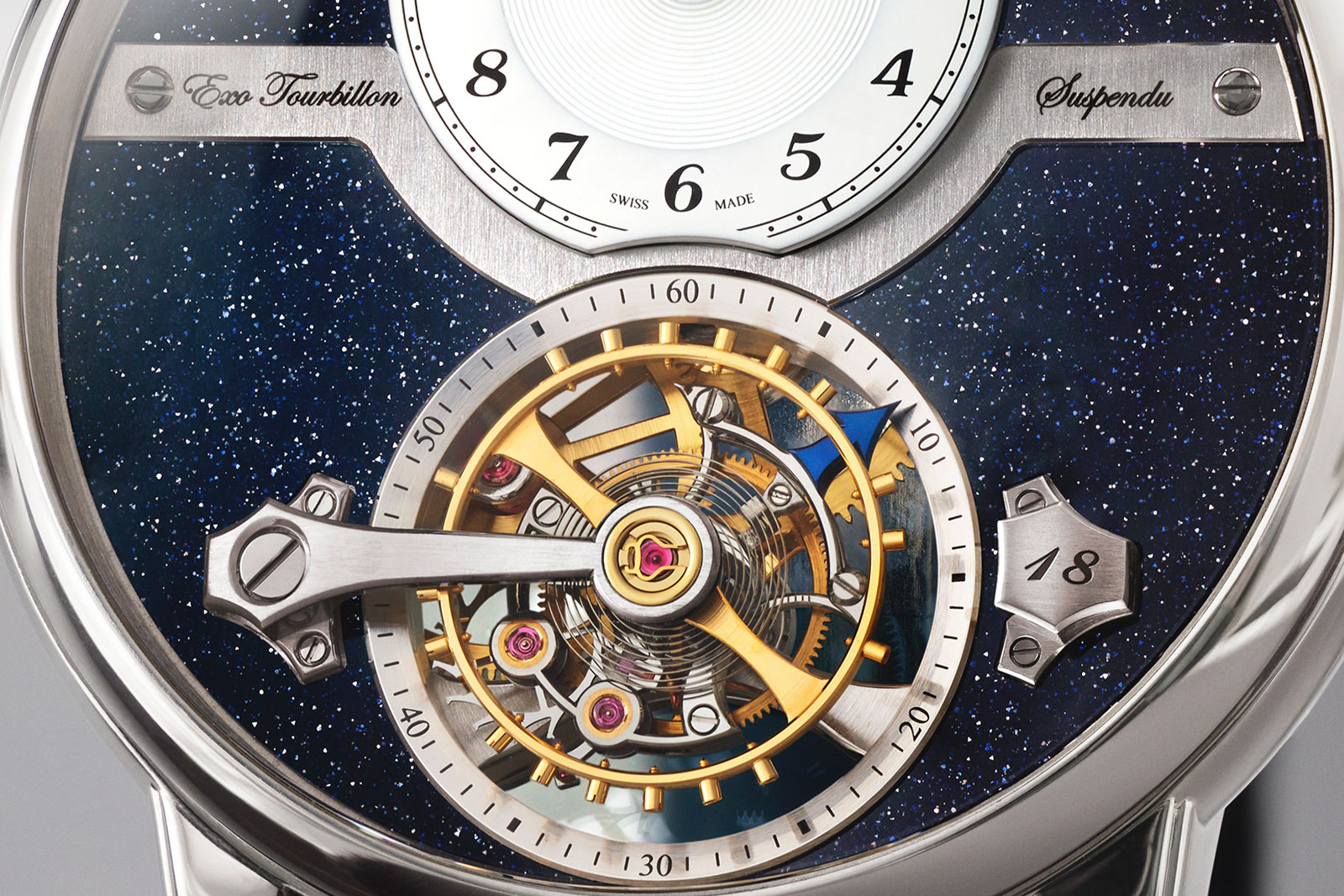 According to Montblanc, the dial of the Suspended Exo Tourbillon is comprised of eight different components, each of which has been hand-finished with techniques of traditional watchmaking.

Firstly, the 18k white gold dial base is covered in aventurine glass – which contains metallic inclusions that create its distinctive sparkle –  and then set with chapter rings and a bridge of white gold which are finished with circular graining and polished, bevelled edges. Also made of white gold, the sub-dial for the time at 12 o’clock is positioned right above the tourbillon, creating symmetry that’s pleasing to the eye.

In other words, it’s an extremely detailed dial with tons of depth that features most of watchmaking’s most beloved techniques. 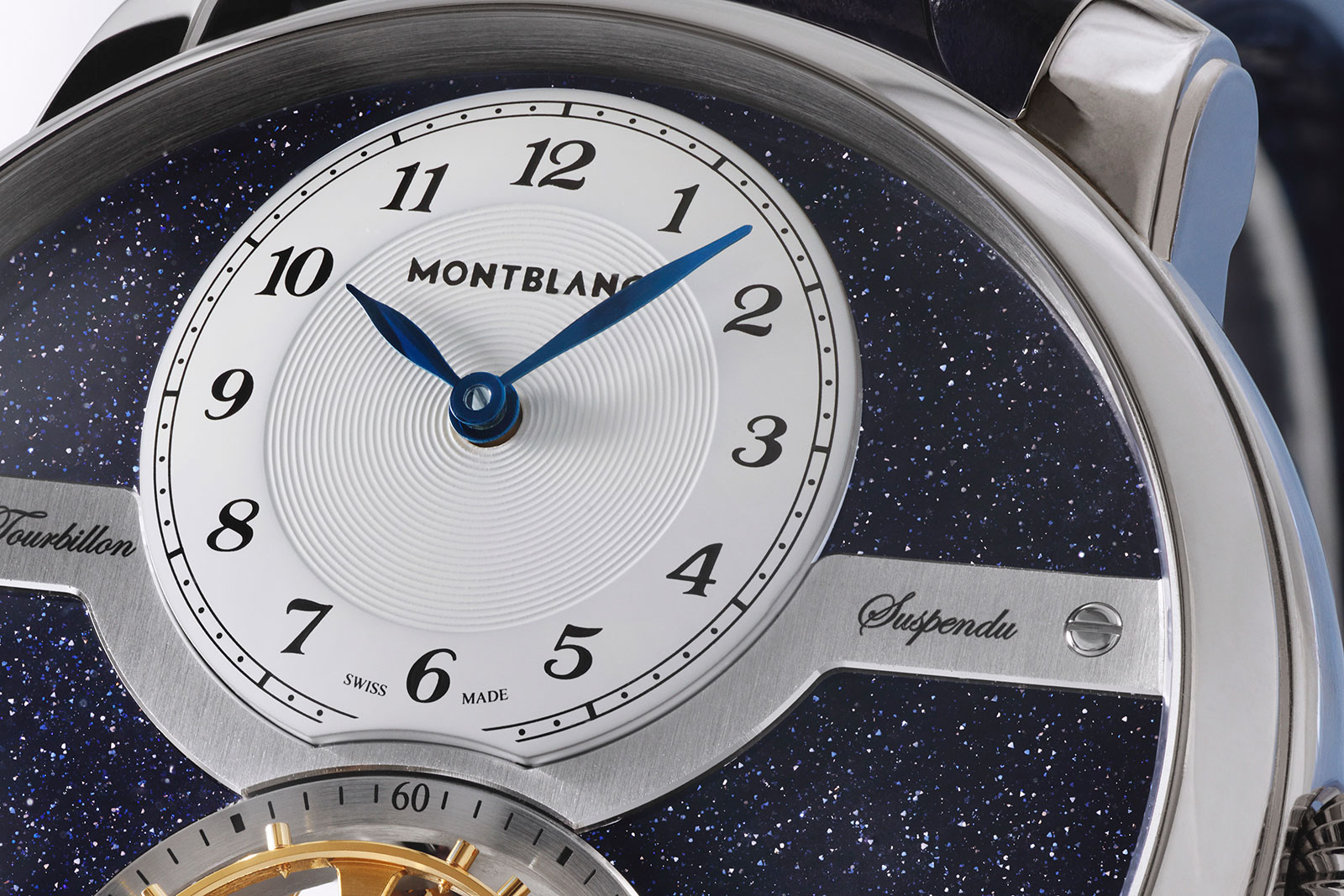 However, the main attraction is still the suspended, extra-large 14.5 mm balance wheel – held in place by a single steel cock, instead of a more conventional bridge – that sits just above the one-minute tourbillon regulator.

Being an “Exo” tourbillon, the tourbillon cage sits below the balance wheel – more like a platform than a carriage – allowing it to be minimal in size, which increases the efficiency of the movement since less energy is required to rotate it. And the smaller-than-usual tourbillon cage also means the size of the balance can be maximised, raising its inertia and thus timekeeping stability. 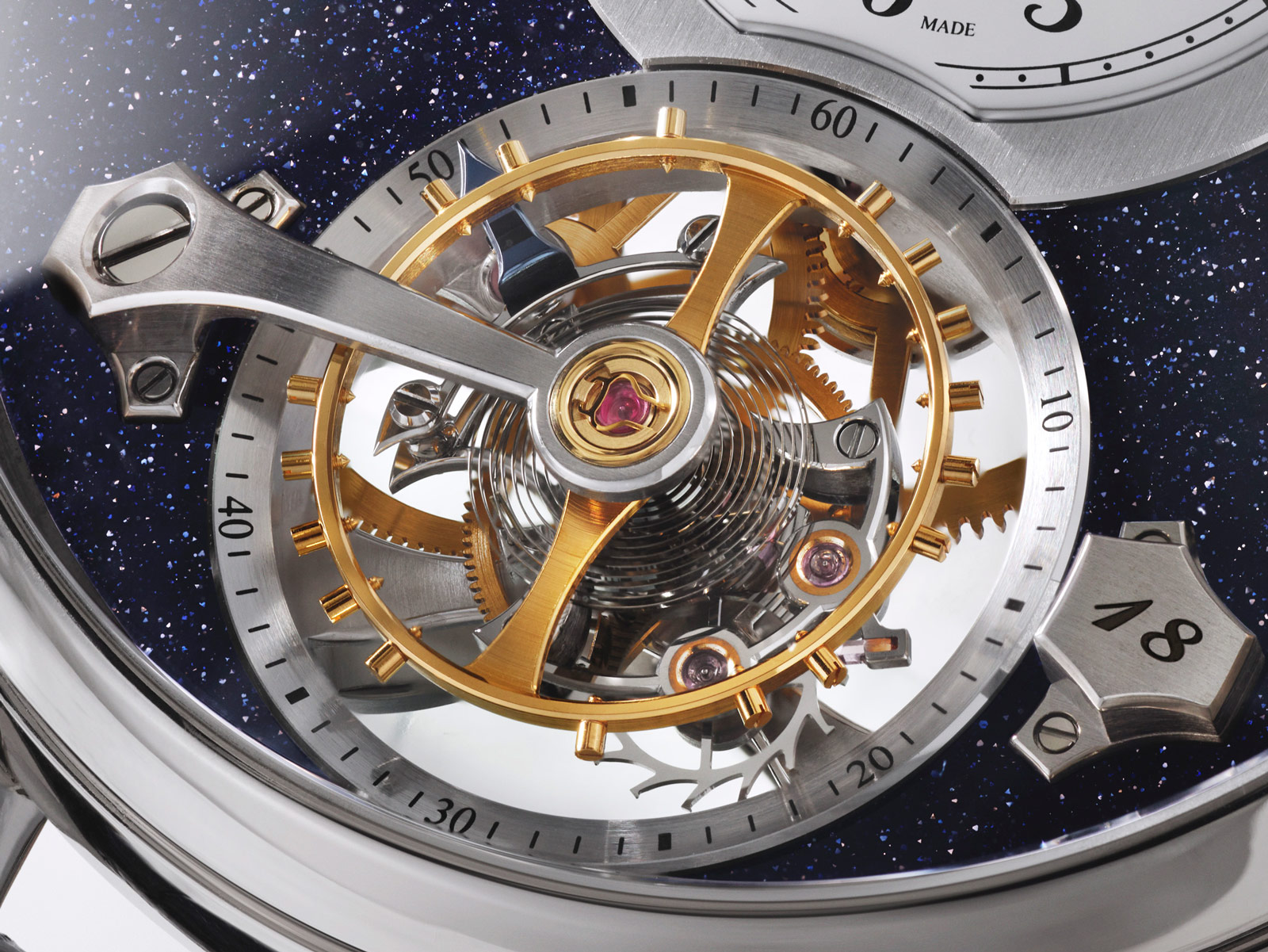 In true Minerva style, the MB M16.68 is decorated with artisanal finishing – Côtes de Genève on the German silver bridges that also have polished, bevelled edges, lustrous spiralling on the barrel ratchet wheel, as well as two jewels in chatons. And as is standard practice for Minerva movements, its arrowhead logo has been incorporated into the calibre, here in the steel winding click. 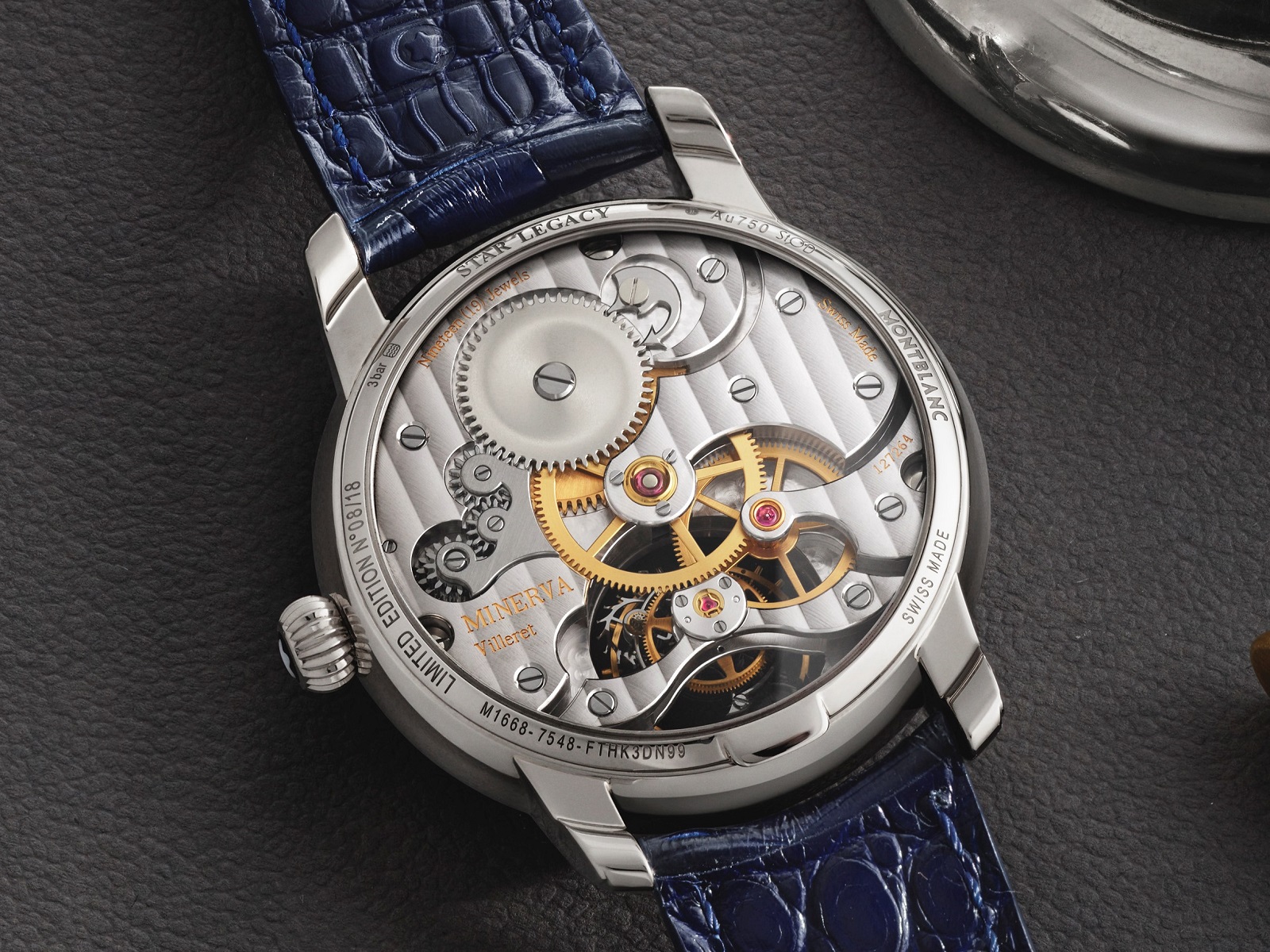 Limited edition: 18 pieces
Availability: On request, only at boutiques
Price: €109,000