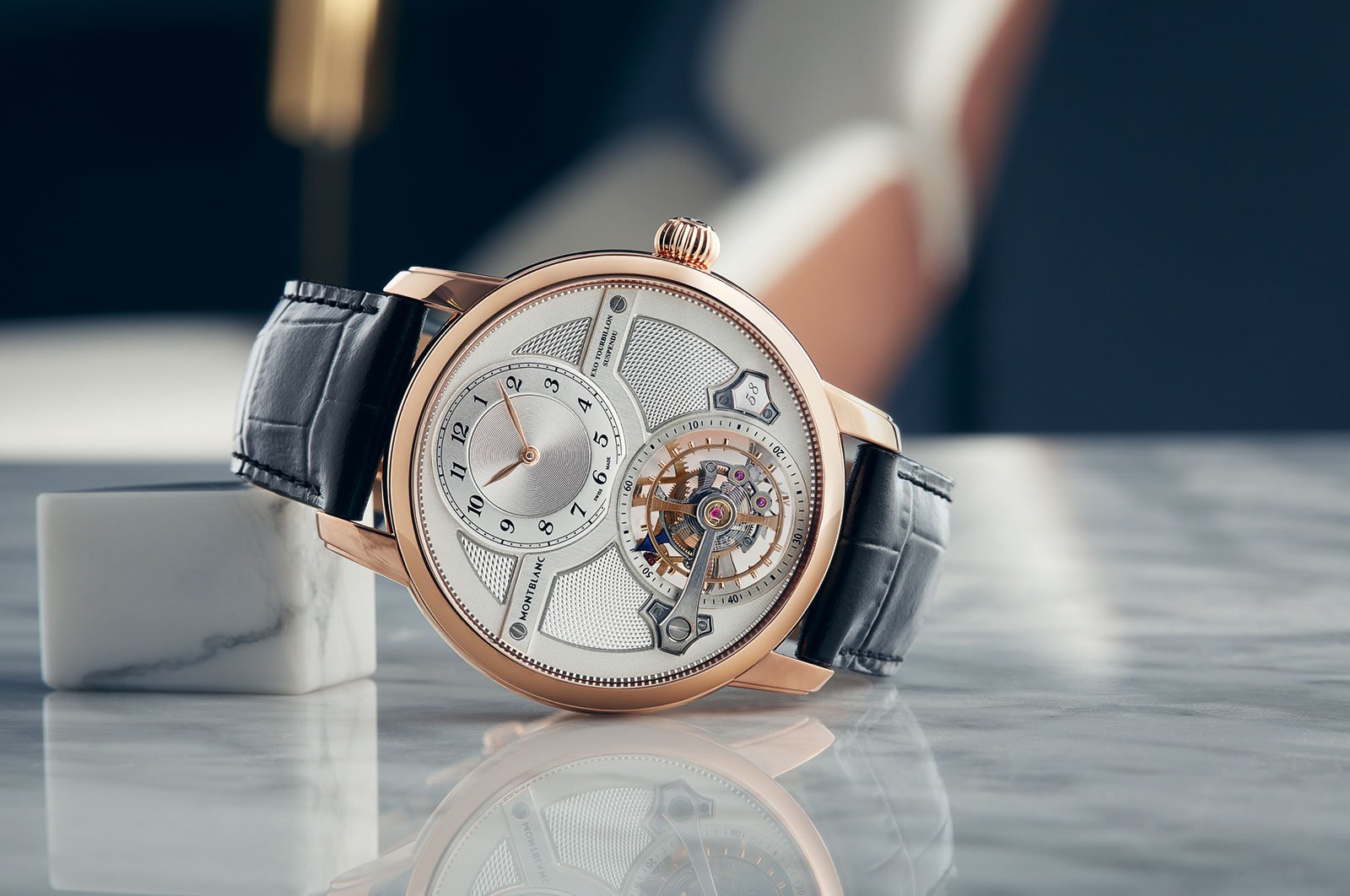 A departure from the affordable watches Montblanc now focuses on, the Star Legacy Suspended Exo Tourbillon costs north of US$140,000, a price justified by the newly developed and handsomely finished calibre inside that’s worlds apart from the entry-level Montblanc tourbillon.

The movement features a one-minute tourbillon regulator with an extra-large, 14.5mm balance wheel suspended just above the dial, thanks to a steel cock. The tourbillon cage sits just below the balance wheel, a conceit of the ExoTourbillon that gives the watch its name. That shrinks the size of the cage, which boosts the efficiency of the movement since less energy is required to turn it. Developed at Montblanc’s Villeret workshop, which was formerly the Minerva factory, the cal. MB M16.68 inside is a large, hand-wound movement that appears to be based on the 16-ligne Minerva chronograph movement. It boasts several thoughtful details, including the Minerva logo incorporated into the winding click, gold chatons for the jewels, and sharply bevelled bridges. Unsurprisingly given that the movement comes from the same workshop, the level of decoration is equivalent to that found on Montblanc’s top of the line chronographs powered by Minerva movements. The 18k red gold case is a large 44.8mm in diameter, with a dial that’s silver-plated solid gold.