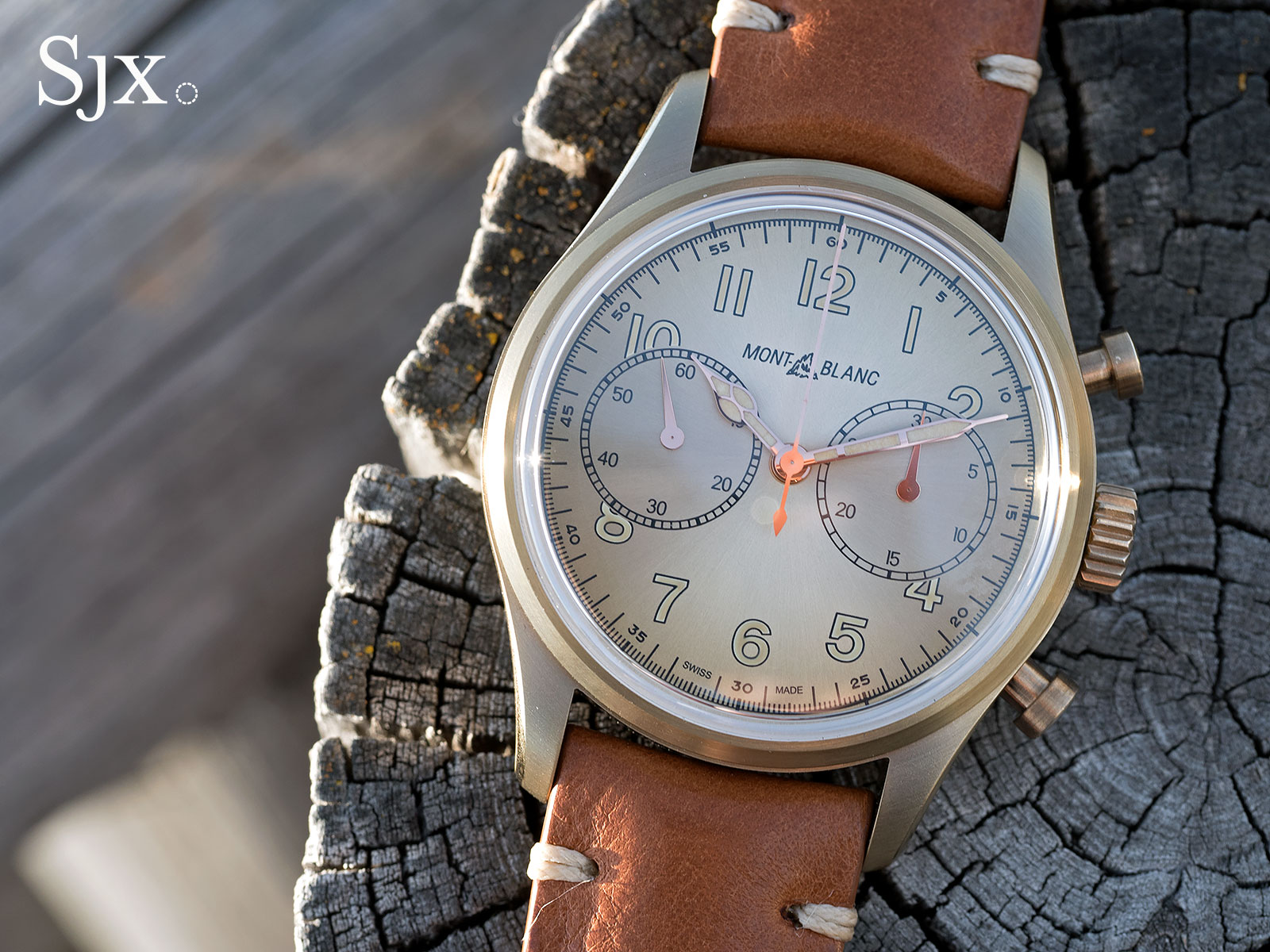 Modelled on an oversized 1930s Minerva chronograph, the Montblanc 1858 line started with a chronograph, and last year grew to encompass more affordable models in steel and bronze. Thing is, handsome as they were, the 1858 watches were large: 47mm for the chronograph and 44mm for the automatics (which had disproportionately short hands).

Just a year on the design has been refined, leading to a pair of new models that are both well sized and affordable – the 1858 Automatic and 1858 Automatic Chronograph.

Beyond the size the new 1858 has a subtly tweaked case with shorter lugs that now sport a polished bevel lengthwise. The look is now more compact and refined, suiting the retro style better. The sapphire crystals retain their domed form so as to resemble Plexiglas on vintage watches. Both models have a solid, pressure-fit case back featuring a relief depicting Montblanc’s new theme for the 1858: mountaineering. A curious choice for a pilot’s style watch, the back depicts the Montblanc peaks along with a pair of crossed pickaxes. The inspiration for the 1858

The 1858 Automatic is 40mm and steel with a bronze bezel, matched with a gold-plated crown. It appears to use the same set of hands as on its larger 44mm cousin, but now they are the exact size, reaching the minute track nicely. The dial is available either in traditional black, or an unusual “smoked champagne”. The 1858 Automatic Chronograph similarly styled, but slightly larger at 42mm in diameter. That’s partially due to the MB 25.11 inside. That’s a rebadged Sellita SW500, which is a clone of the Valjoux 7750. Here it’s been modified for a “bi-compax” layout that suits the pilot’s style well (though the mountain and pickaxes are still on the back). Three versions are available: steel case with a black dial, or a bronze case with a “smoked champagne” dial.