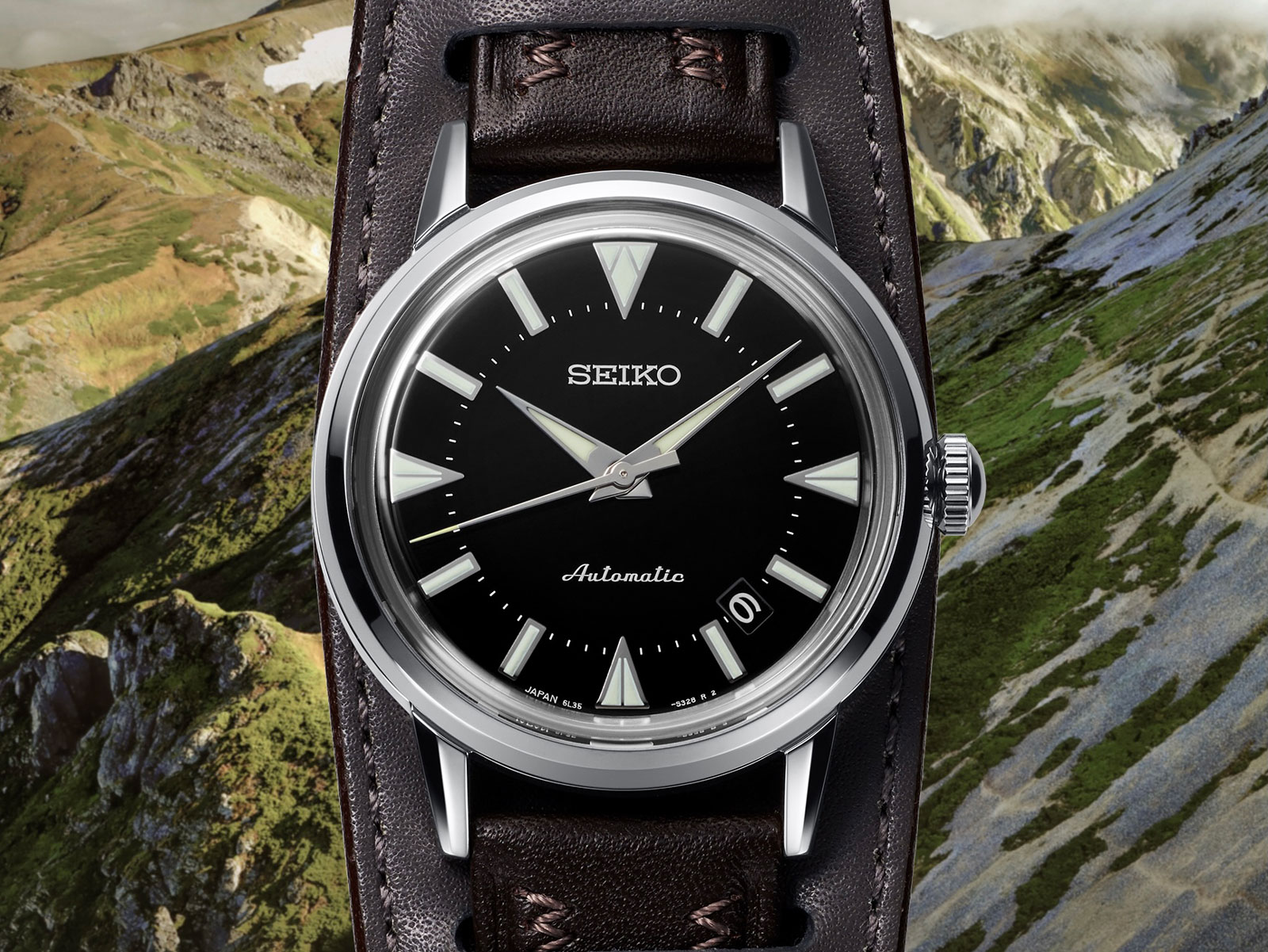 A longtime fan favourite, the modern-day Alpinist is synonymous with a forest-green dial and inner rotating bezel. But the origins of the model date to 1959, when Seiko introduced the first Alpinist as part of the Laurel brand. Today’s Alpinist has evolved a long way from the original, but now Seiko has returned the watch to its roots with a “re-creation” of the 1959 design.

The 1959 Alpinist Re-creation is a somewhat faithful remake of the first Alpinist that was conceived as no-frills watch for mountaineers. At the same time, Seiko is also unveiling the simpler and more affordable The 1959 Alpinist Modern Re-interpretation. 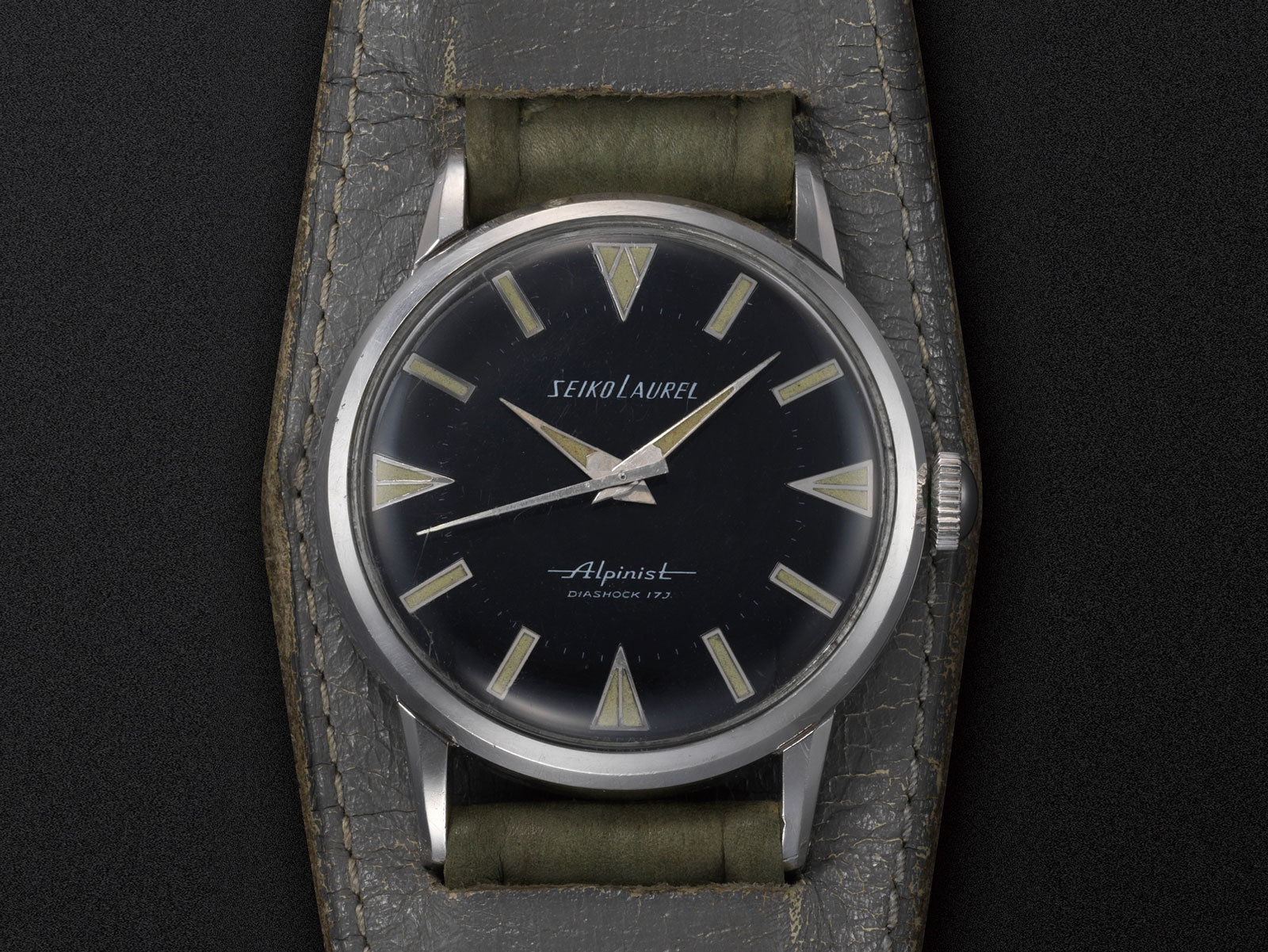 The vintage original of 1959

Because it’s very much a mid-20th century design, the Alpinist reissues have a good blend of sportiness and elegance. The round cases are compact, giving them a slightly a dressy feel, but the dials are simple and legible, along with a more-than-capable watch case with substantial water resistance.

The best thing about the watch is its design, which is minimalist but not plain. The markers are oversized and slightly decorative, and matched with a minute track that evokes a sector dial.

Just 36.6 mm wide, the Re-creation is particularly good looking with its symmetrical layout and deep, glossy black finish. It also avoids the faux-vintage colour palette, resulting in a look that is retro but refreshingly modern. That said, its date window is squeezed between four and five o’clock, which is a little awkward, though it’s made less obvious with a black date disc. 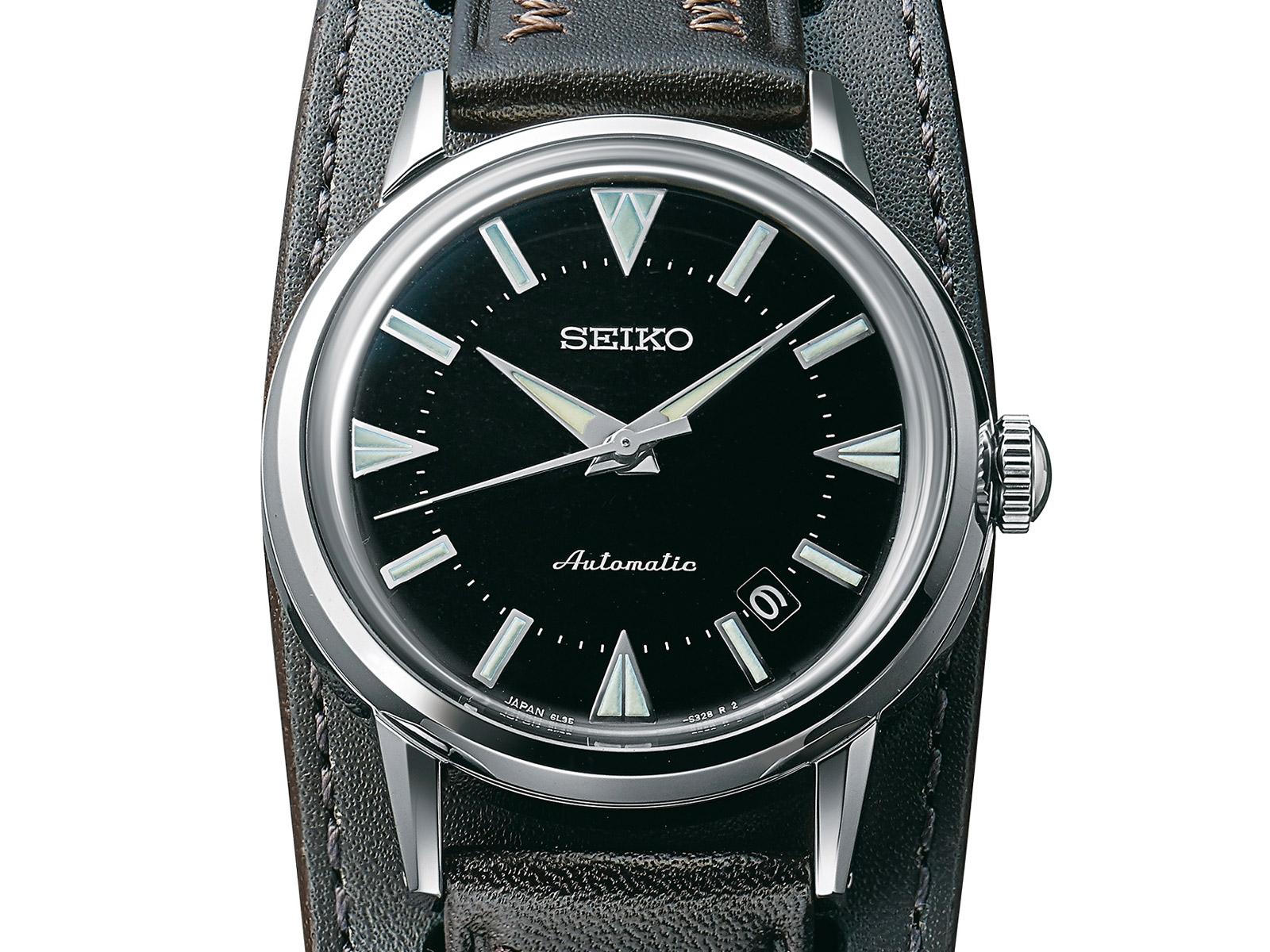 Slightly less refined, and clearly more modern, is the Re-interpretation. It’s an appealing watch, especially the cream dial variant. Though it more dressy than the Re-creation, especially with the 38 mm case, it is a true sports watch.

While both the Re-creation and Re-interpretation are similarly handsome, the price difference between the two is large, primarily because of the movements, and presumably differences in finishing and construction. 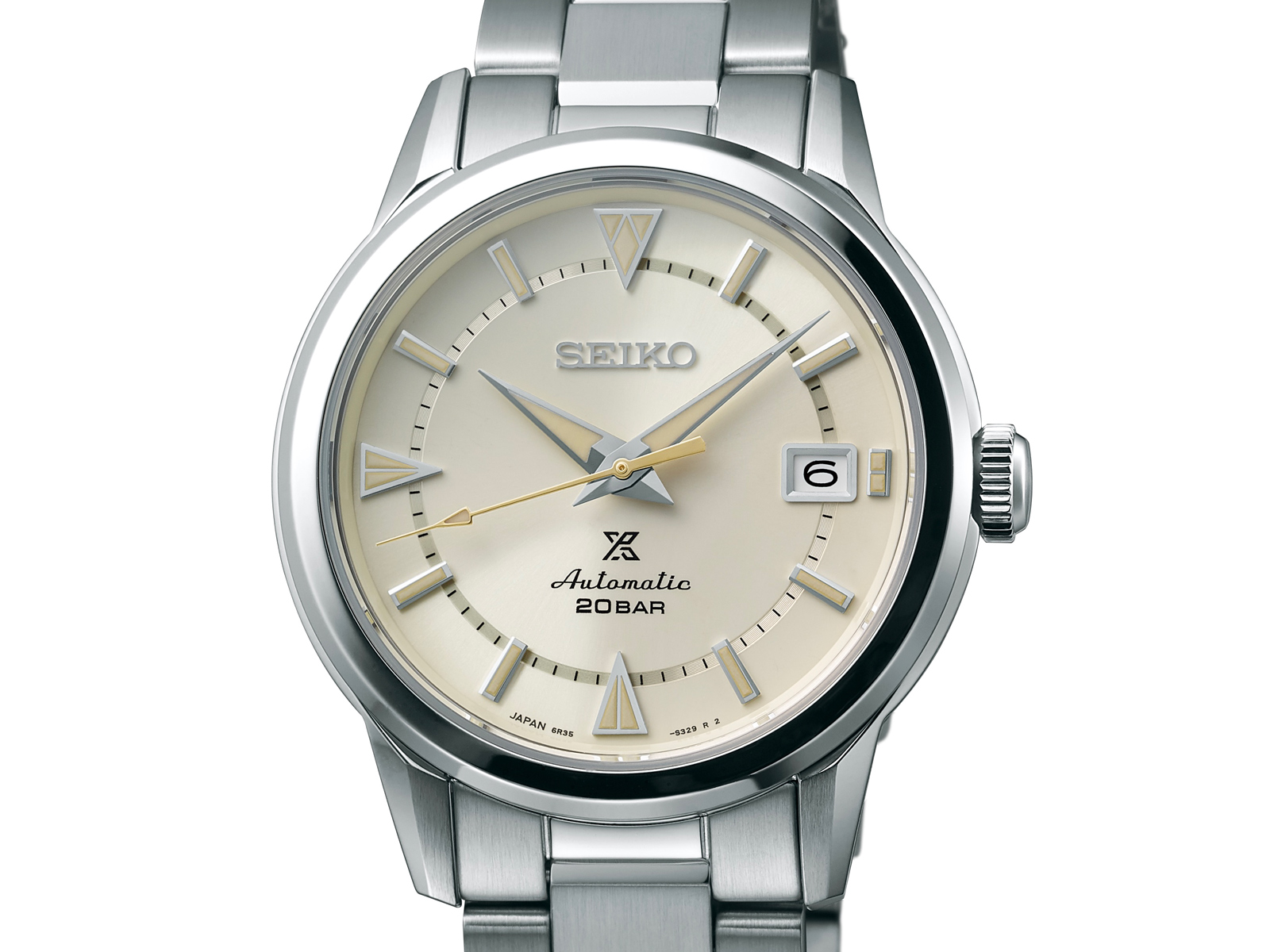 At US$2,850, the Re-creation is expensive but similar to other Seiko watches with the cal. 6L35, a slim, relative high-end movement. the Re-interpretation costs a quarter as much, starting from US$700 on strap and rising to US$720 on bracelet.

Way more affordable, the Re-interpretation is paradoxically more practical – it has a longer power reserve of 70 hours, as well as a depth rating of 200 m (against 100 m for the Re-creation). That said, Re-creation wins in terms of design. Though the two models appear similar, the Re-creation is cleaner in its details, forgoing the Prospex logo for instance. 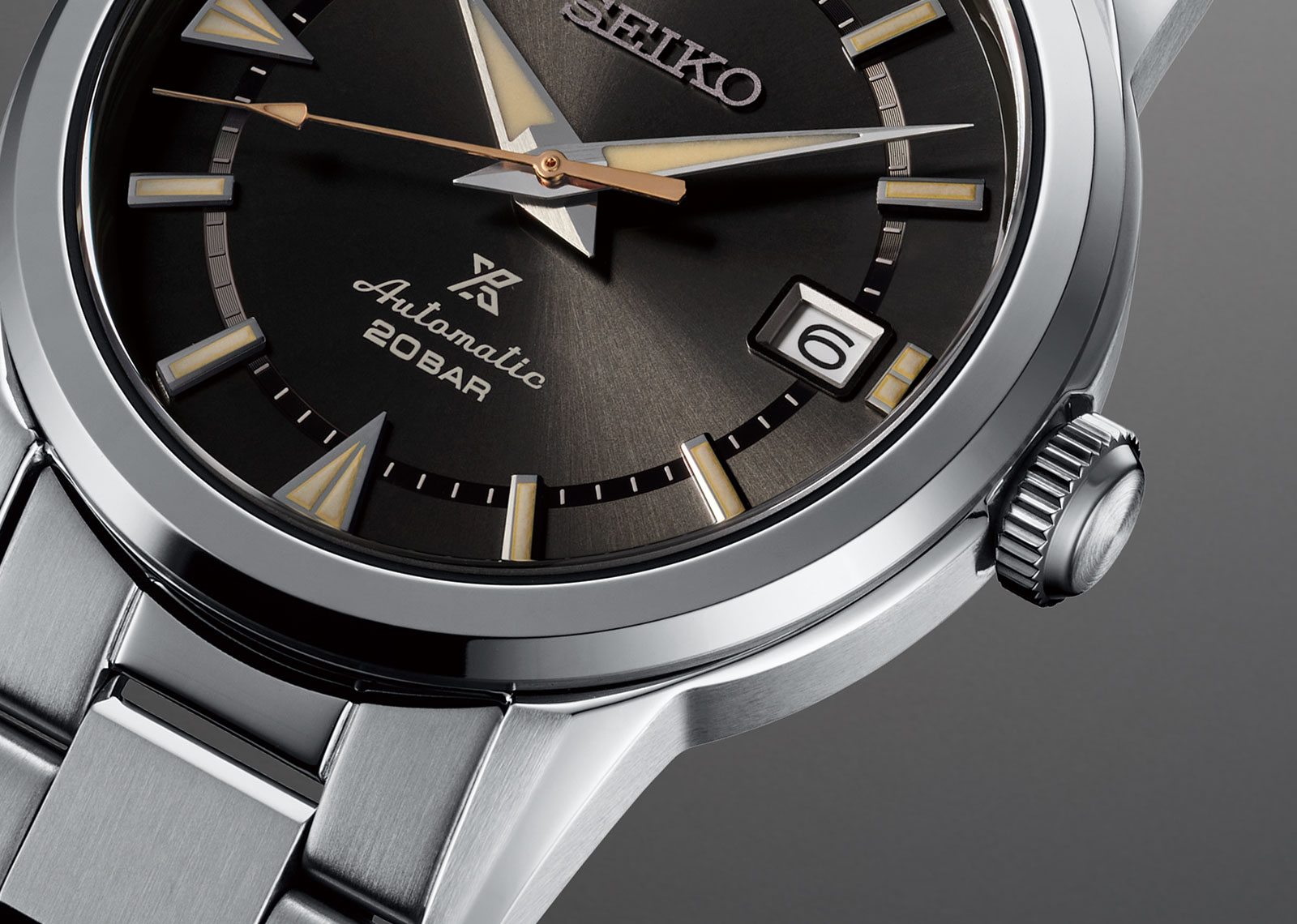 The Re-creation is essentially a copy of the 1959 model, save for the date that the original lacks. Adding to the vintage feel appeal is the “box section” sapphire crystal, a highly-domed crystal that resembles vintage PlexiGlas crystals and is more often found on Grand Seiko watches.

But the Re-creation is only offered as a single limited edition with a black dial. There are options for the Re-interpretation, ranging from the quintessential forest-green to a subtle cream. 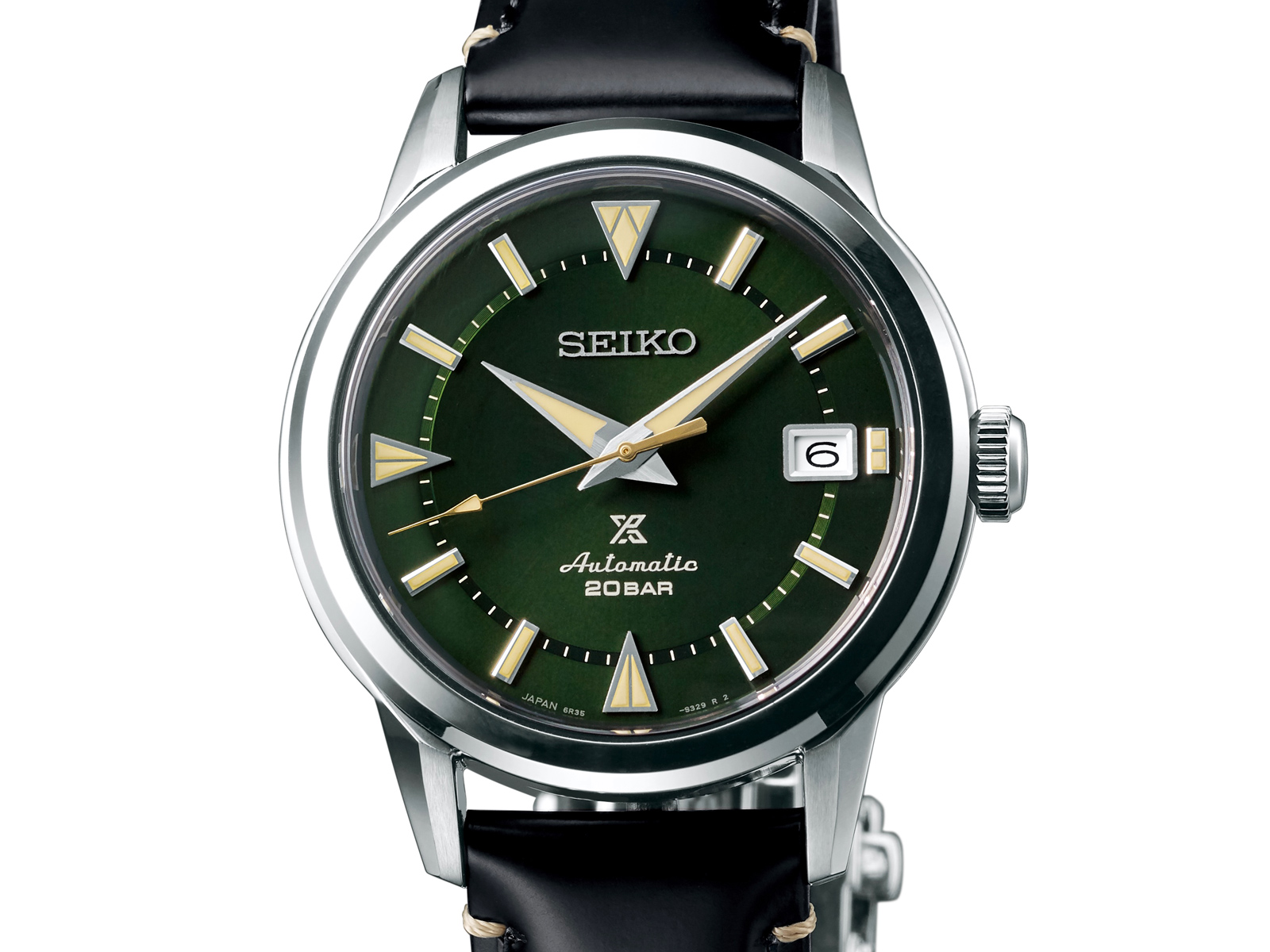