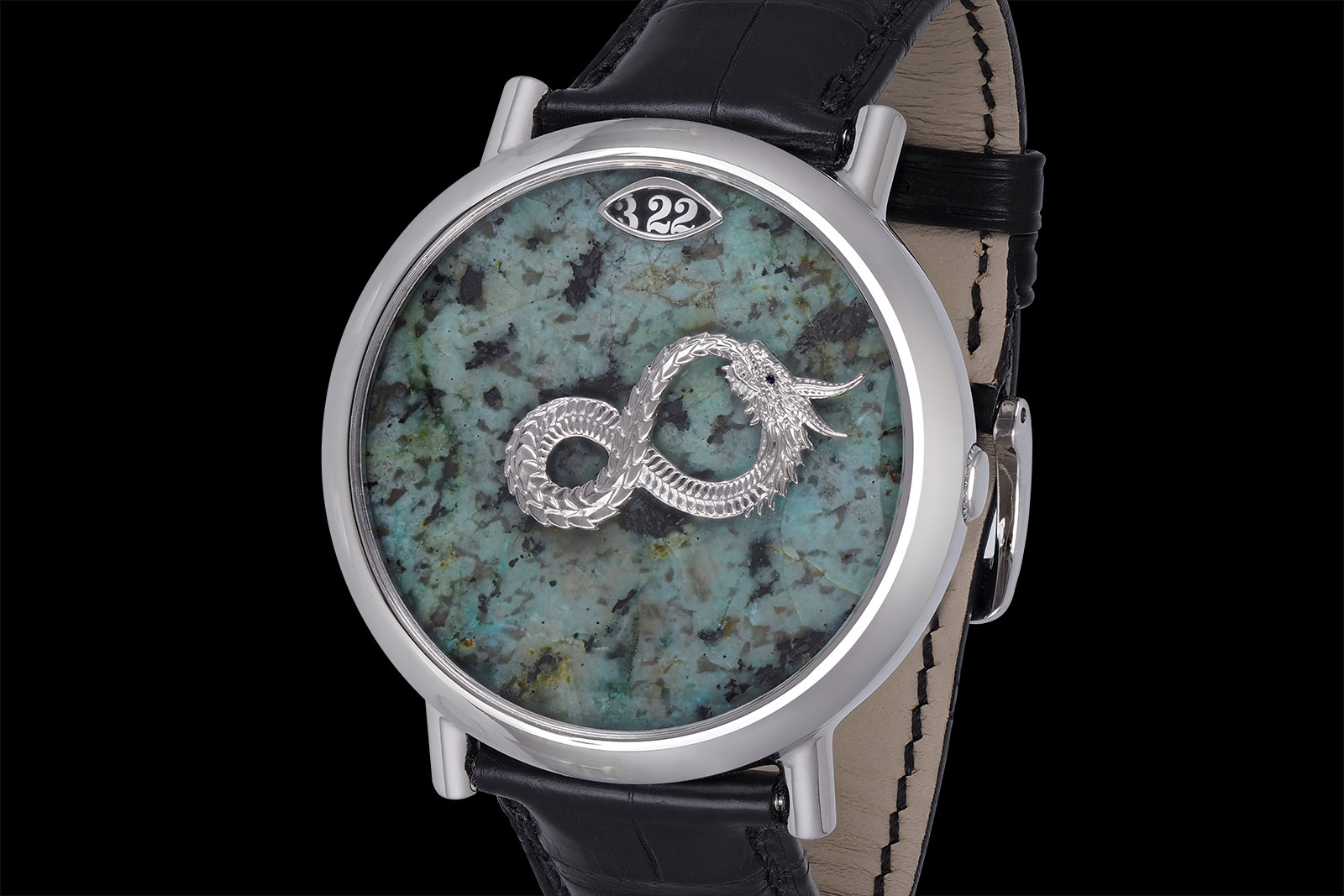 Conceived by Russian watch journalist Mikhail Goncharov and executed with the help of watchmaker Maxim Sushkov, the Ouroboros is a simple-but-smart take on the 24-hour time display. The watch evolved from an idea of Mr Goncharov’s, which combines a novel time display along with design elements from the Jewish faith.

Unusual and striking, the Ouroboros is imaginative in how it conveys the time, but also surprisingly straightforward mechanically. As a result it is notably affordable, starting at about US$2,700 for the steel version. 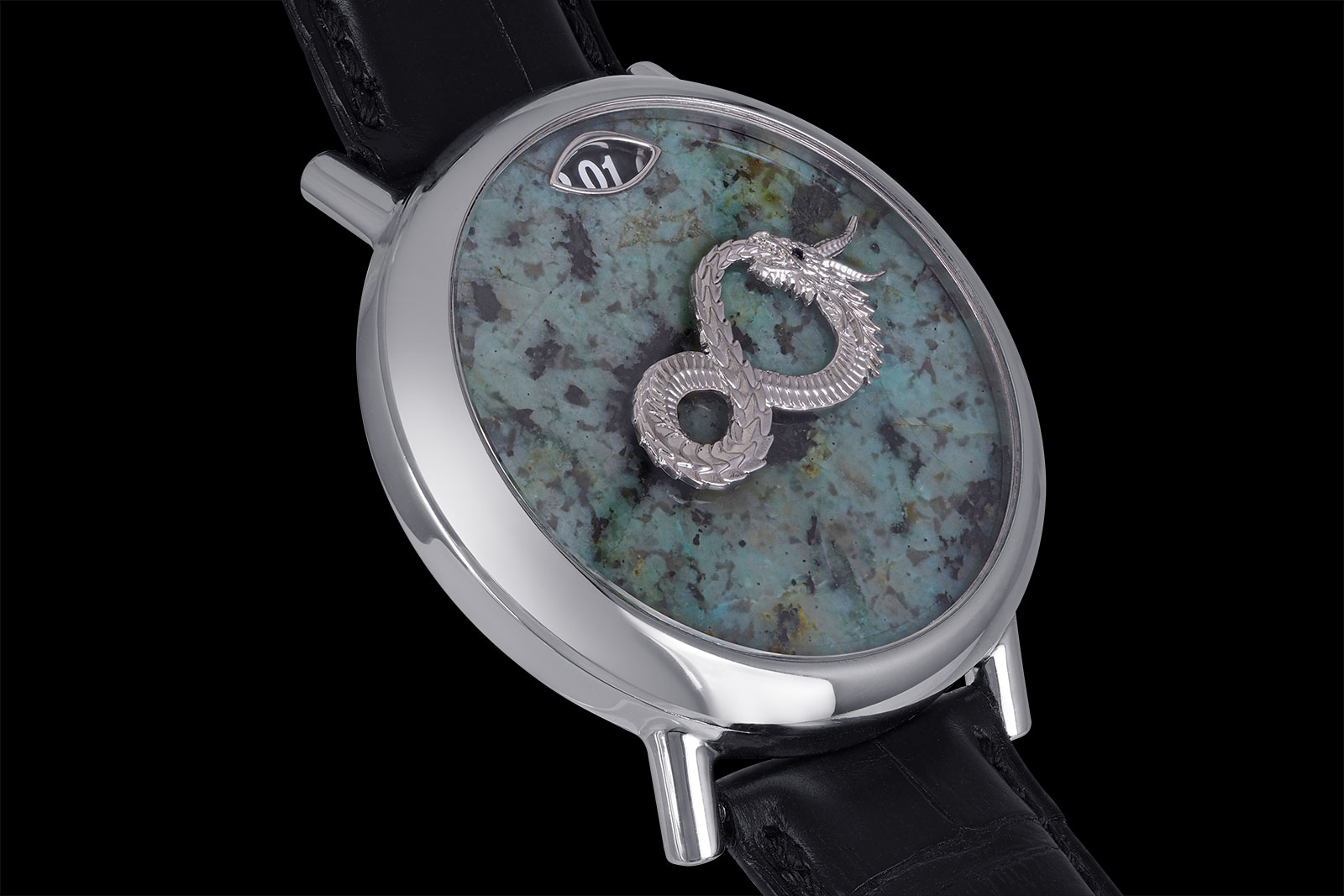 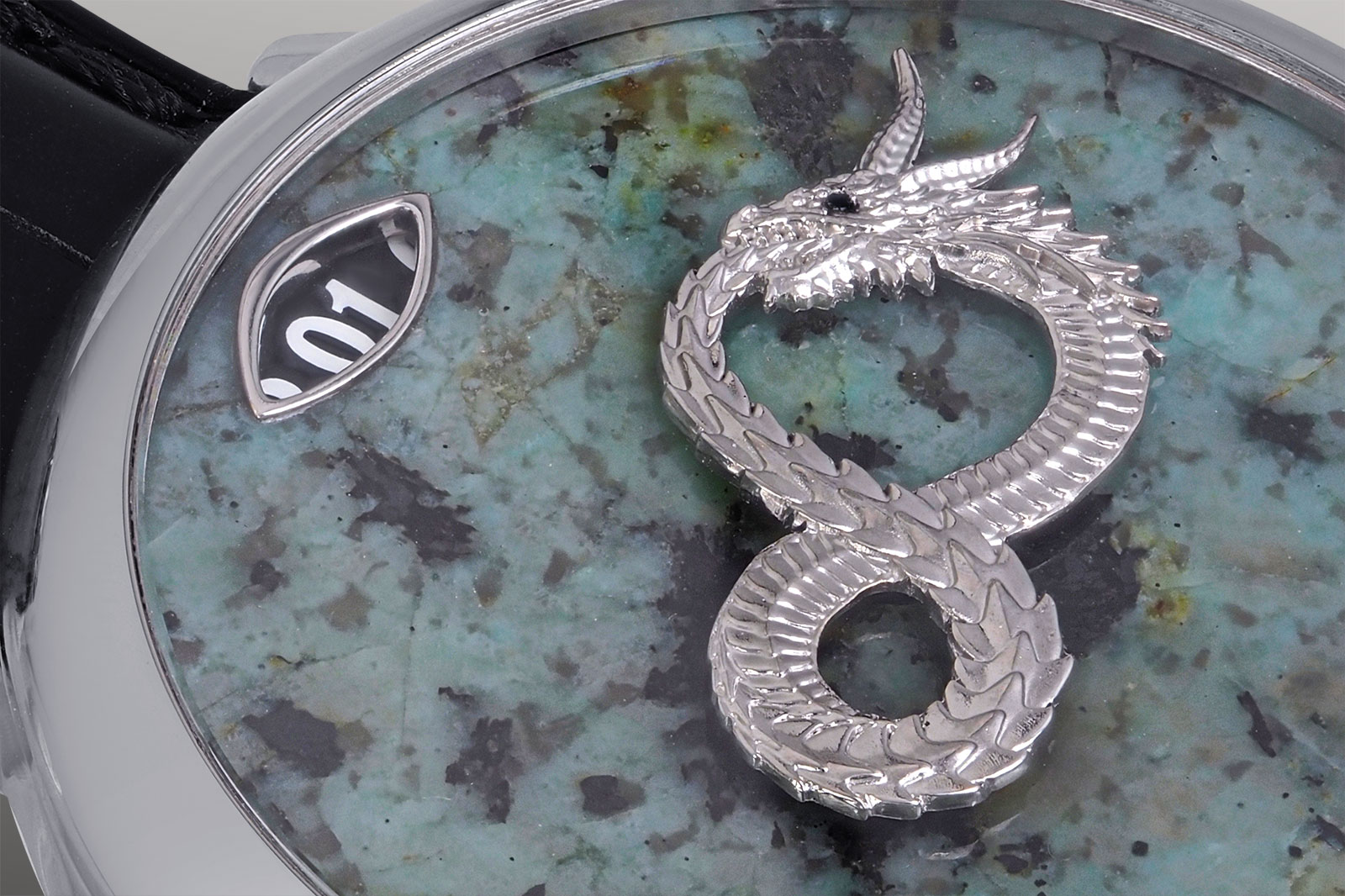 The case appears basic in style and finish, but it is sufficient given the cost of the watch. The only possible shortcoming of the watch might be the obvious elements related to Judaism, like the case back motif for instance, which might not be suitable for everyone, but they do not take away from the intrinsic appeal of the watch. 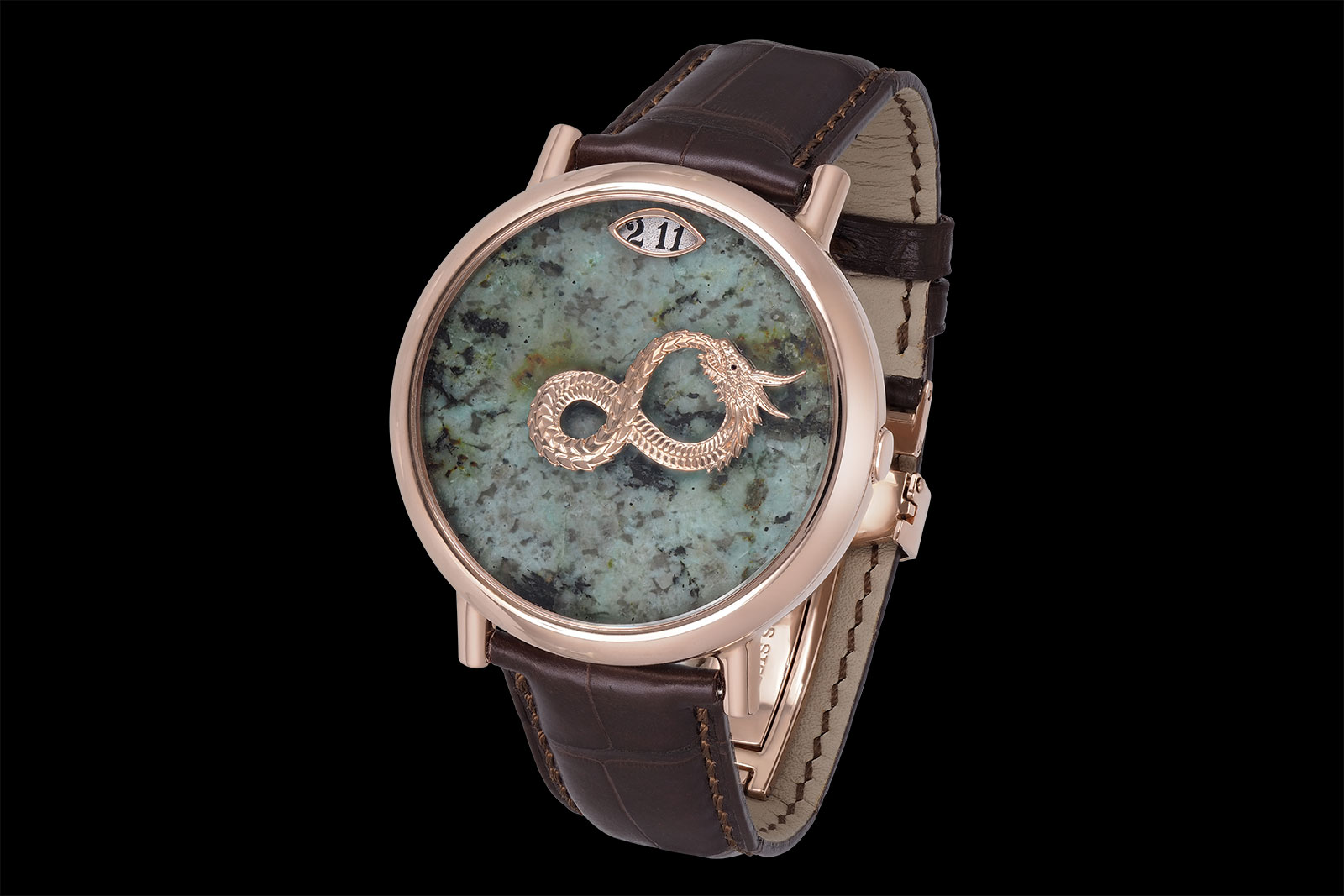 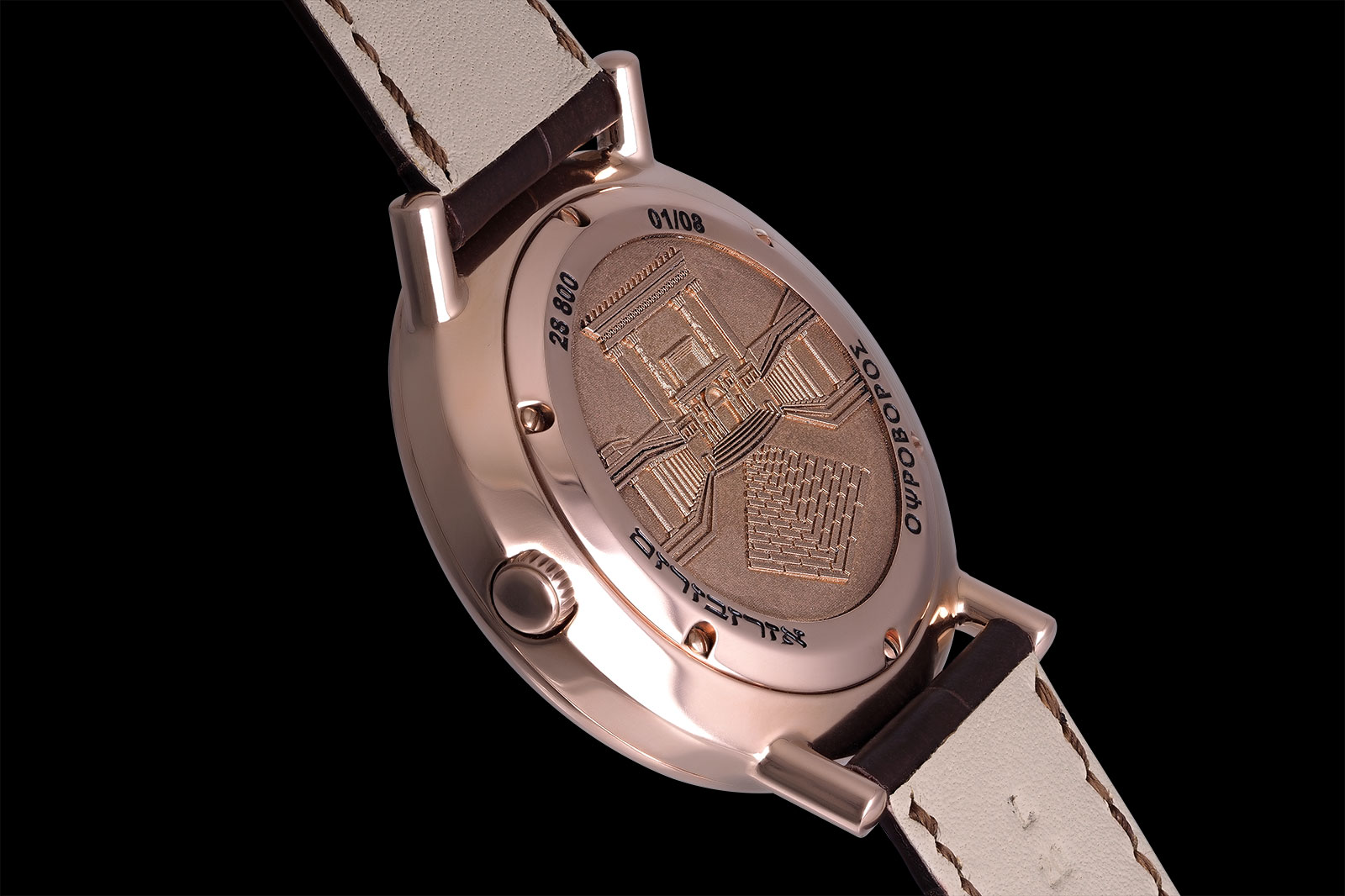 The snake eating its own tail

The watch gets its name from the ouroboros, an ancient symbol of life and renewal that is represented by a serpent or dragon consuming its own tail, forming a circle or a figure of eight.

The ouroboros forms the minute hand, which is a dragon rendered in considerable detail. Its eye is inlaid with a tiny piece of metal taken from a missile of Iron Dome, the air-defence system employed by Israel to protect against short-range rockets. Mr Goncharov describes the tiny missile fragment as a protective talisman within the watch. 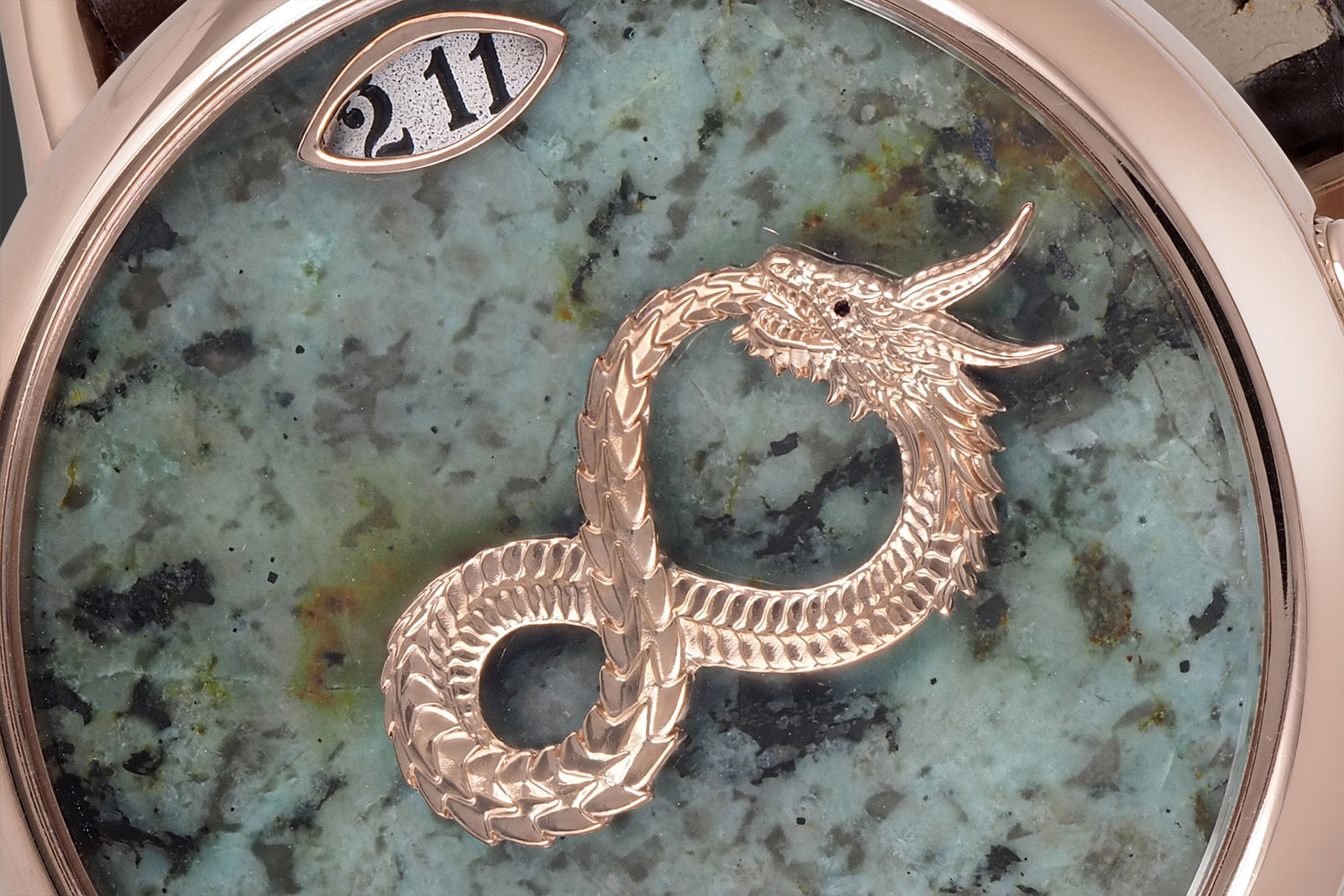 Also specific to Israel is the dial, which is made of Eilat stone, the national stone of Israel that’s named after the city where it was once mined. It has a mottled appearance of green, black, and grey as a result of its composition, which is a mix of malachite, turquoise, and other minerals.

And the case back is embossed with a representation of the Third Temple, an unbuilt place of worship that is important to the Jewish faith. 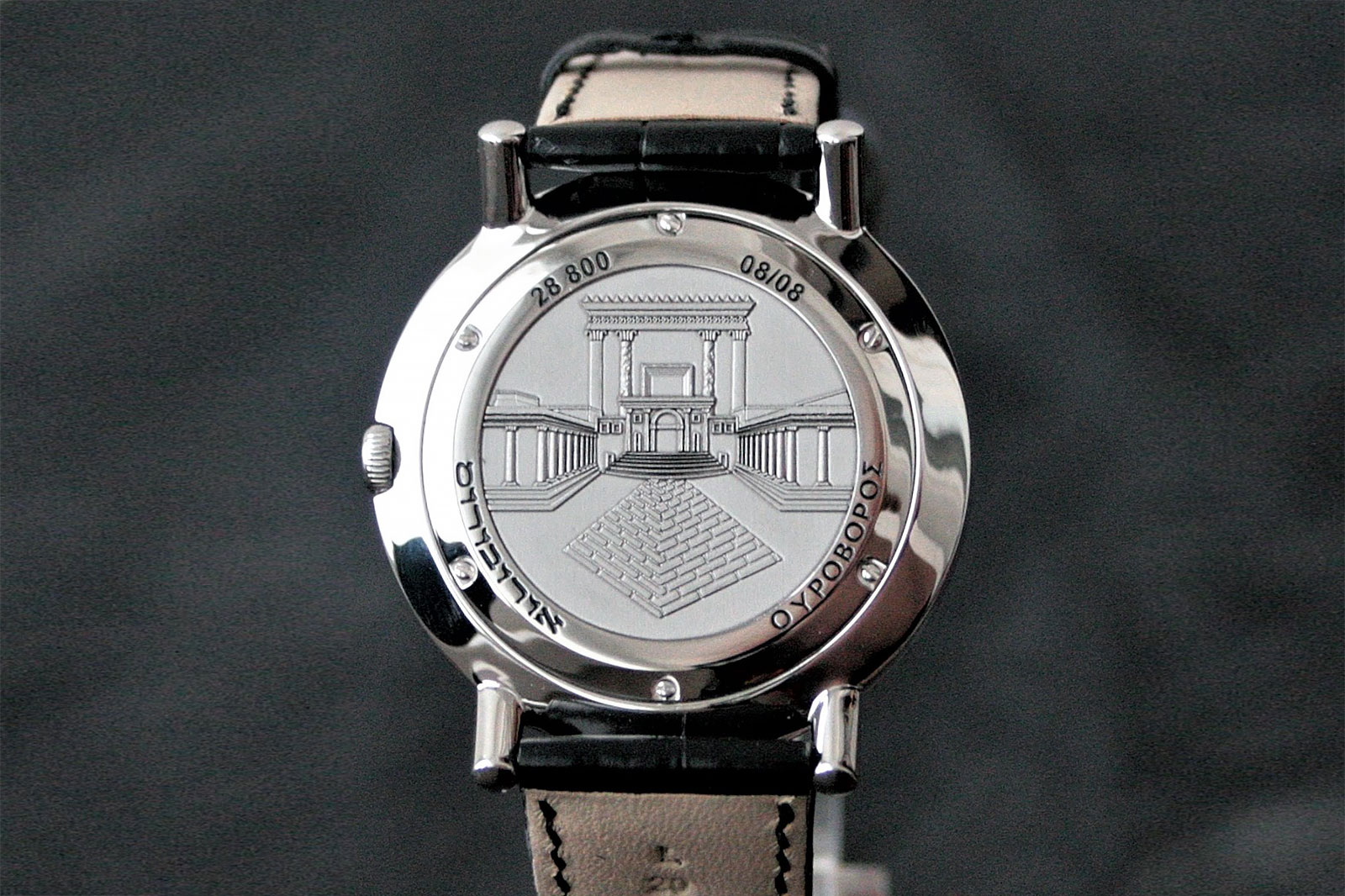 According to Mr Goncharov, the entire watch, save for the base movement and sapphire crystal, is made in Russia.

The base movement is an ETA 2893-A2, which is the dual time zone version of the common ETA 2892. It was modified by Mr Sushkov to use the 24-hour second time zone display as the hour hand of the watch, while doing away with the unnecessary bits. Mr Sushkov was also responsible for the assembly of the watch.

The case is steel, with the option of gold plating, and 42 mm in diameter. It’s 11 mm high, with part of the thickness due to the slightly-domed sapphire crystal. 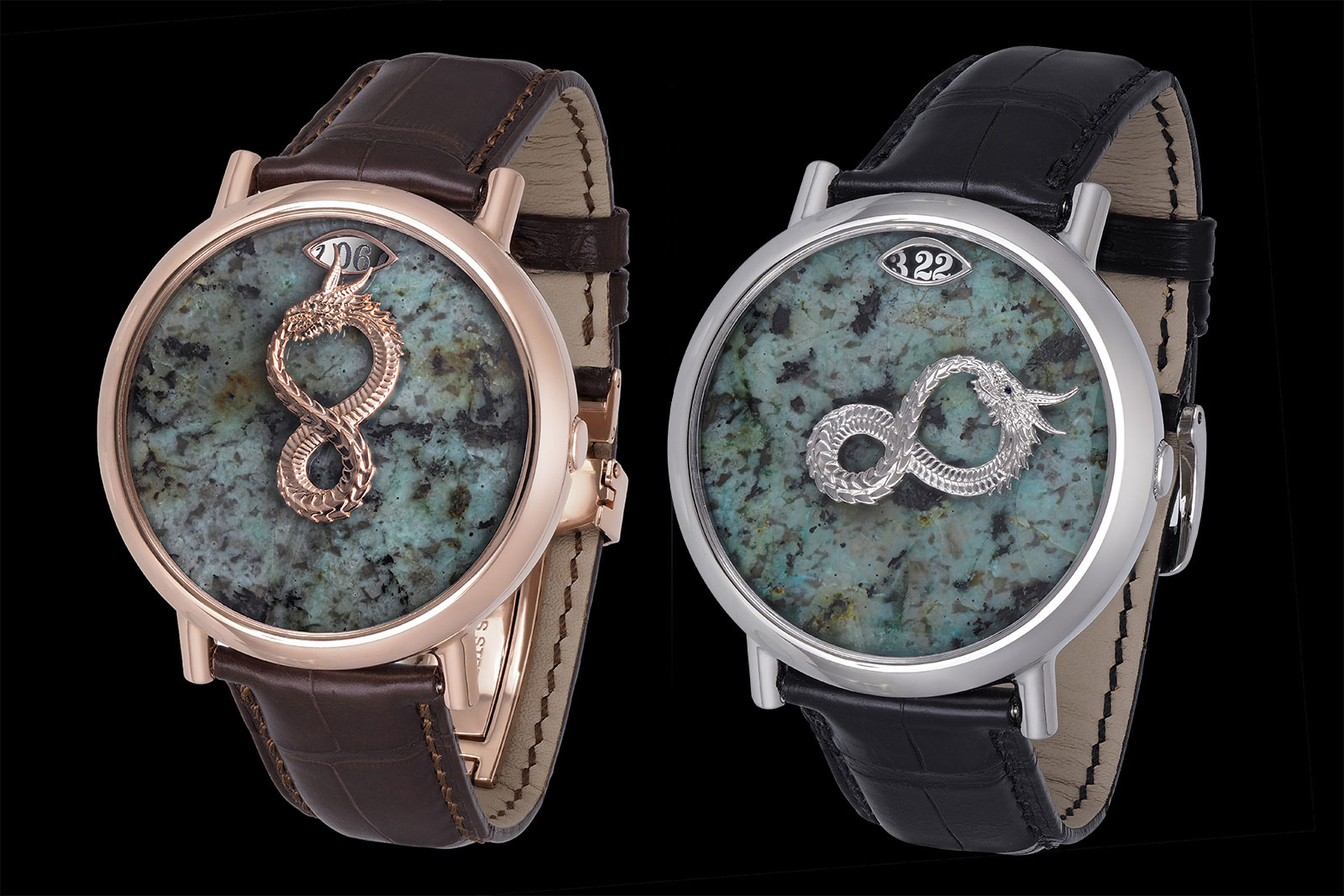 Mr Goncharov can be reached via email for more information.