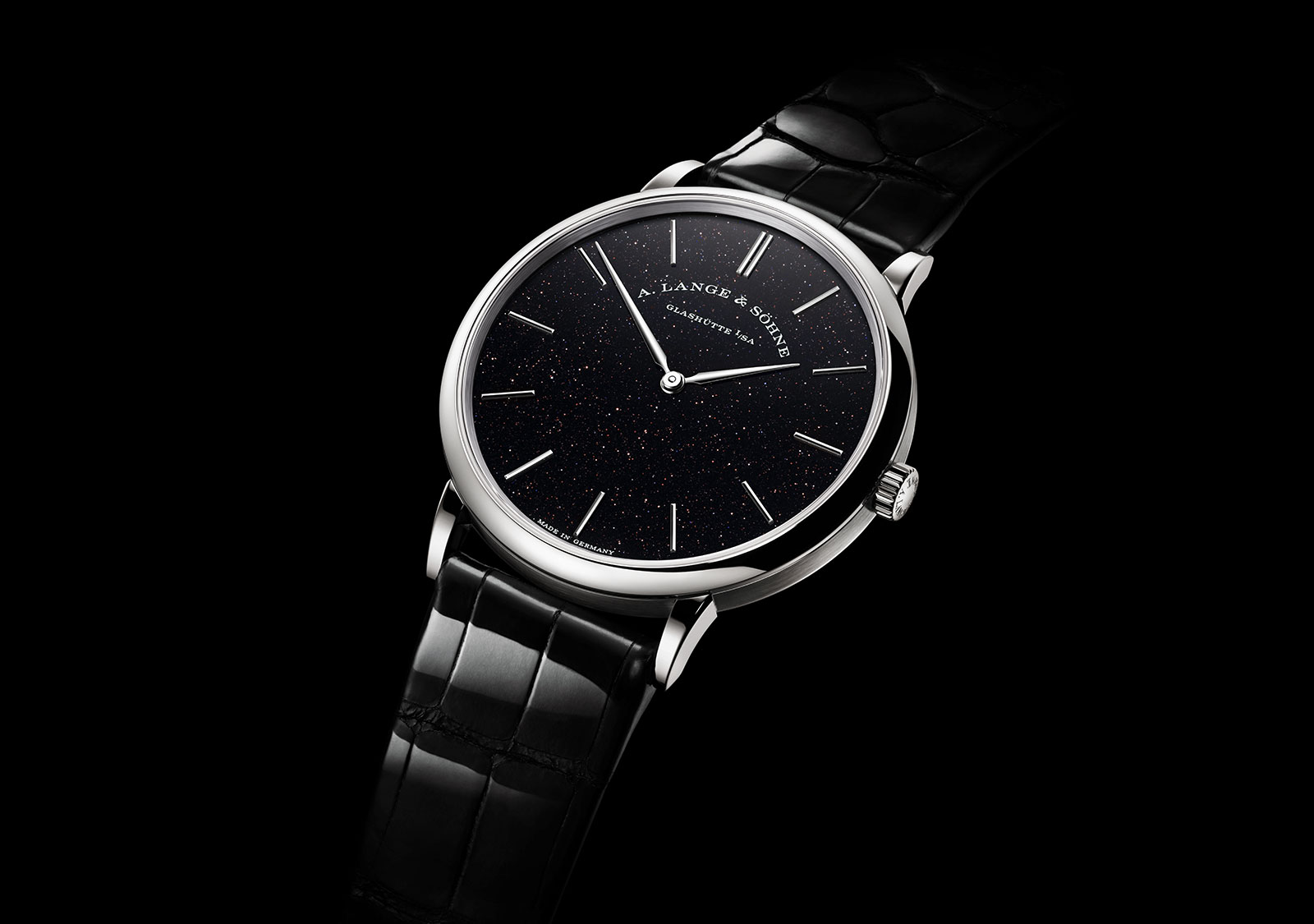 Unusually for a brand typically associated with robustly-constructed complicated watches, A. Lange & Söhne is unveiling its second ultra-thin wristwatch for the year, the Saxonia Thin “Black Gold Flux”.

A limited edition of 50 watches, the new Saxonia Thin is fitted with a dial coated in “black gold flux”, more commonly known as aventurine glass. It’s powered by the hand-wind L093.1, the same calibre found in the 1815 Thin “Homage to F.A. Lange” launched three months ago.

Lange debuted its first aventurine-glass dial in 2018 with a Saxonia Thin that had a “copper blue”. A departure from the brand’s typical look, the sparkly dial gave a somewhat plain dial a lively, striking appearance. Arguably ideal for a dress watch because of its subtle nature, the aventurine-glass dial looks unadorned at a distance, but reveals the glittering metallic flecks up close and under the right light. It’s a useful variation of Lange’s house style that manages to be different in a discreet manner, while still being formal. 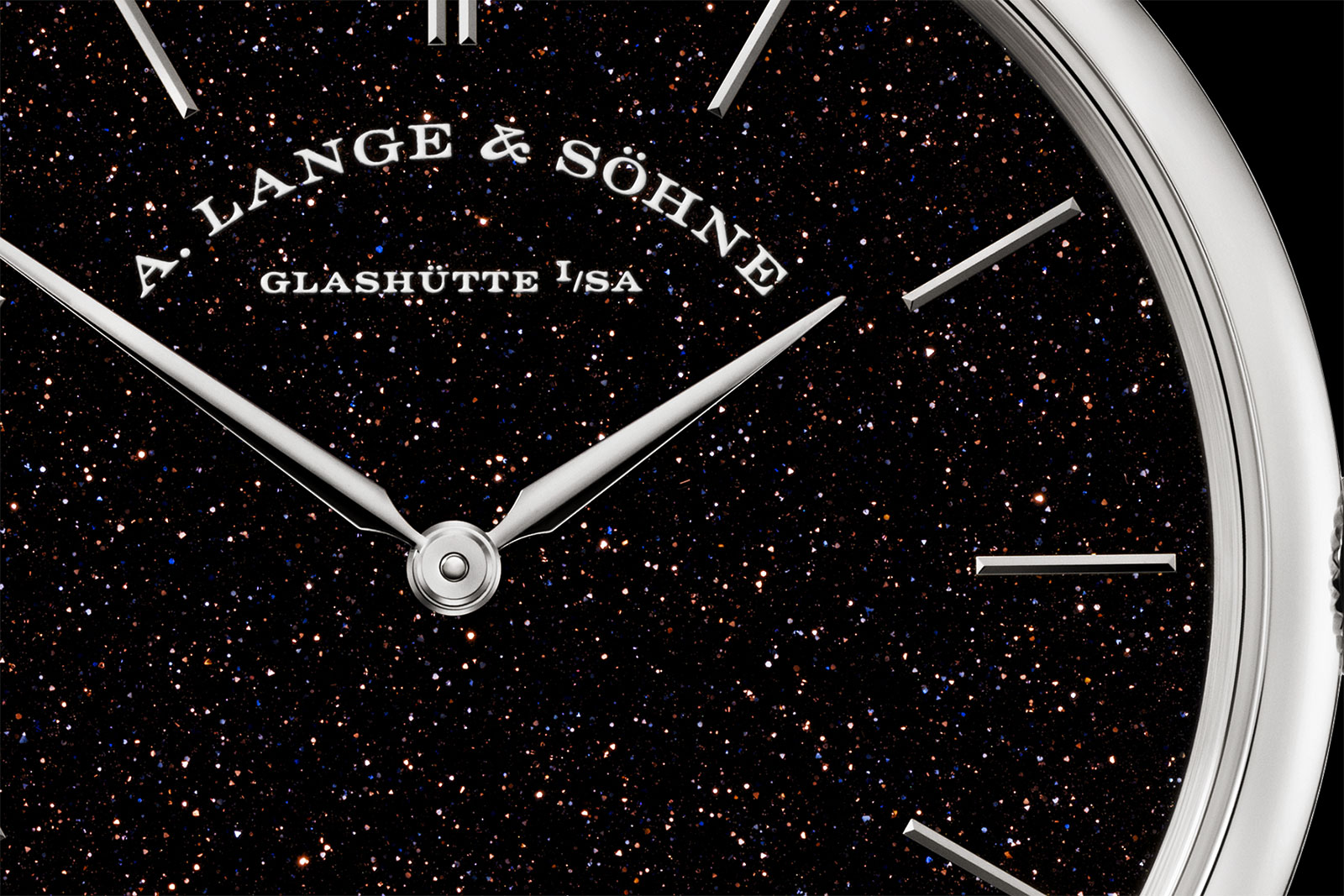 Measuring 40 mm but standing only 6.2 mm high, the Saxonia Thin appears slightly larger than it is due to its proportions. The new dial should reduce its perceived size somewhat, since darker dials typically appear smaller.

The dial is covered in aventurine glass, also known as goldstone, which is essentially glass with crystalline metallic inclusions that give it a characteristic sparkly finish. Invented by Venetian glass makers in the 17th century aventurine glass is actually glass, and not to be confused with the mineral stone named aventurine, which is also occasionally found on watch dials. According to Lange, the glass is “cast” onto the solid-silver dial disc, meaning it is applied to the dial in its molten state before being allowed to cool and harden. 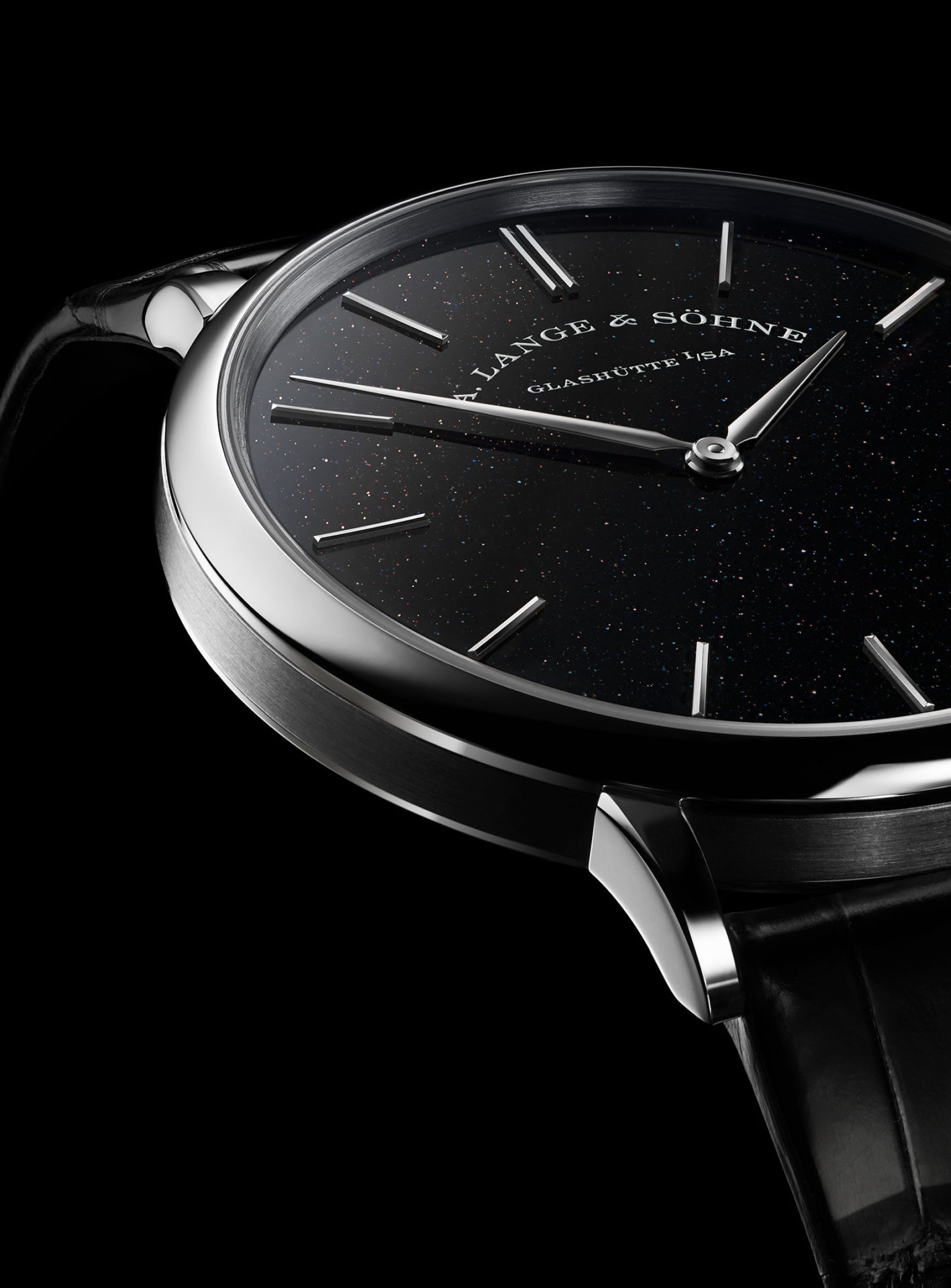 Like all of Lange’s “Thin” watches, the new Saxonia is equipped with the L093.1. Though decorated in the brand’s hallmark manner – a German silver plate, chatons, and an engraved balance cock – it is distinct from all other Lange movements in having the barrel ratchet and crown wheels, along with the winding click and spring, exposed on the three-quarter plate, a necessity of the slimmer construction. 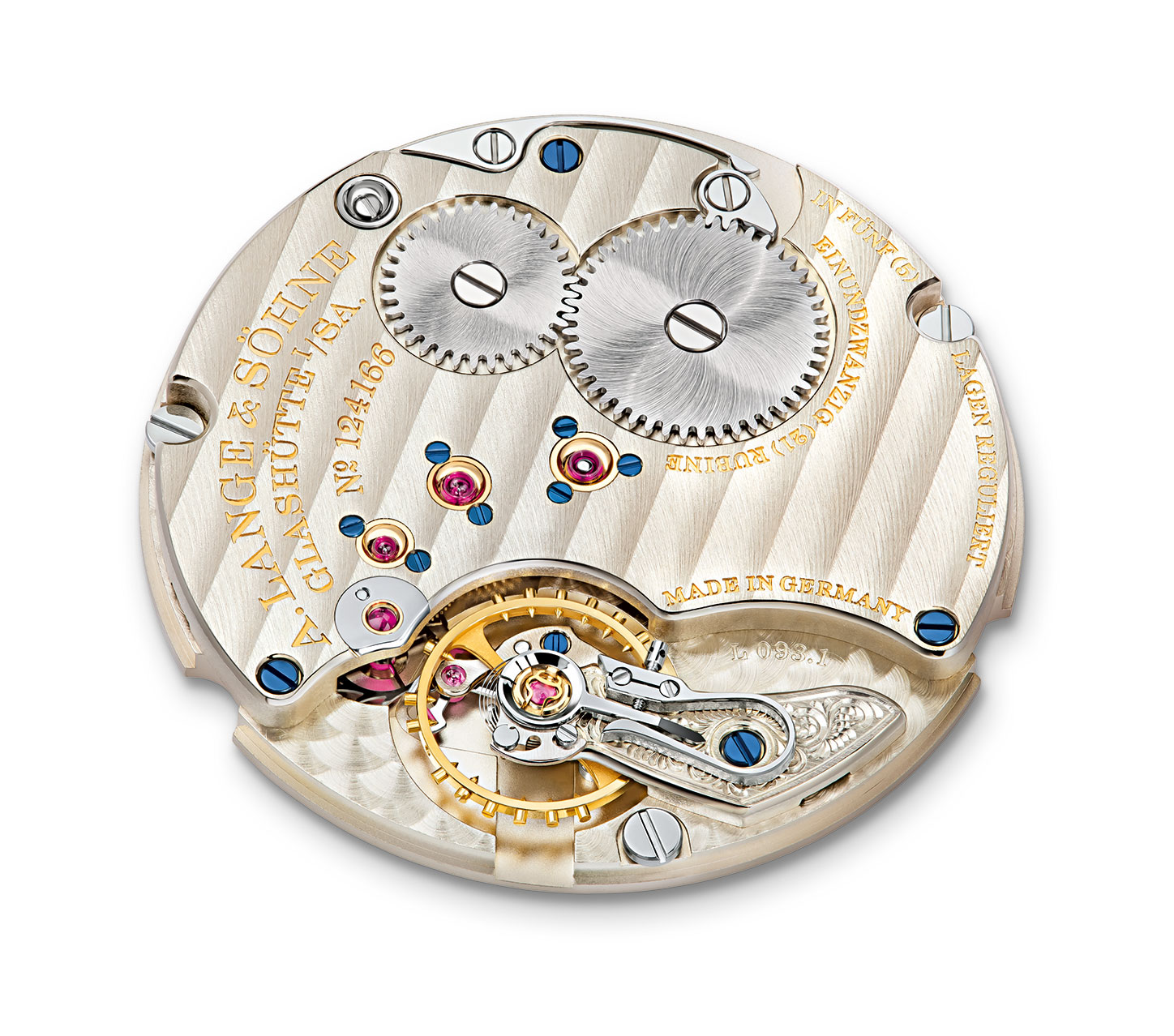