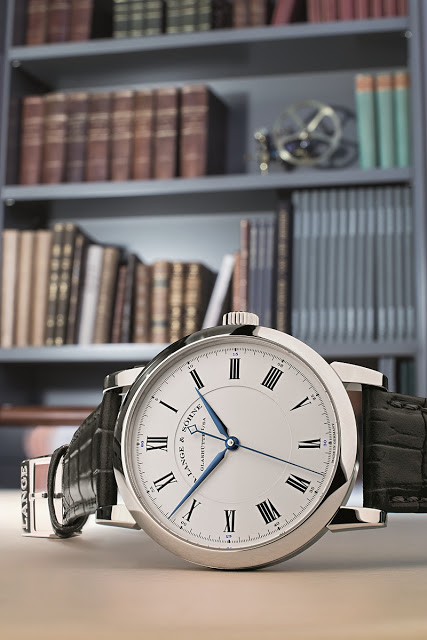 A new addition to the Richard Lange line from A. Lange & Söhne comes in the form of a boutique-only white gold variant, with blued steel hands and a subtle detail on the solid silver dial. Previously only available in yellow or rose gold, or platinum, the Richard Lange is now available in white gold for the first time in an edition sold only at Lange boutiques. Unlike the regular editions of the Richard Lange which have the hour and minute hands in gold to match the case metal, this boutique edition has all three hands in blued steel.  Most Lange watches have gold hands for the hours and minutes; blued steel hands are relatively uncommon in the collection. In addition, the dial has an additional detail to distinguish it from the regular Richard Lange models: the minute markings at 15, 30, 45 and 60 are in blue. The case remains the same at 40.5 mm wide with the same movement inside featuring the indirect centre seconds. This will only be available at the eleven Lange boutiques worldwide, joining the hand-engraved Zeitwerk Handwerkskunst as a boutique exclusive. The retail price is EUR26,400 and USD31,500. – SJX