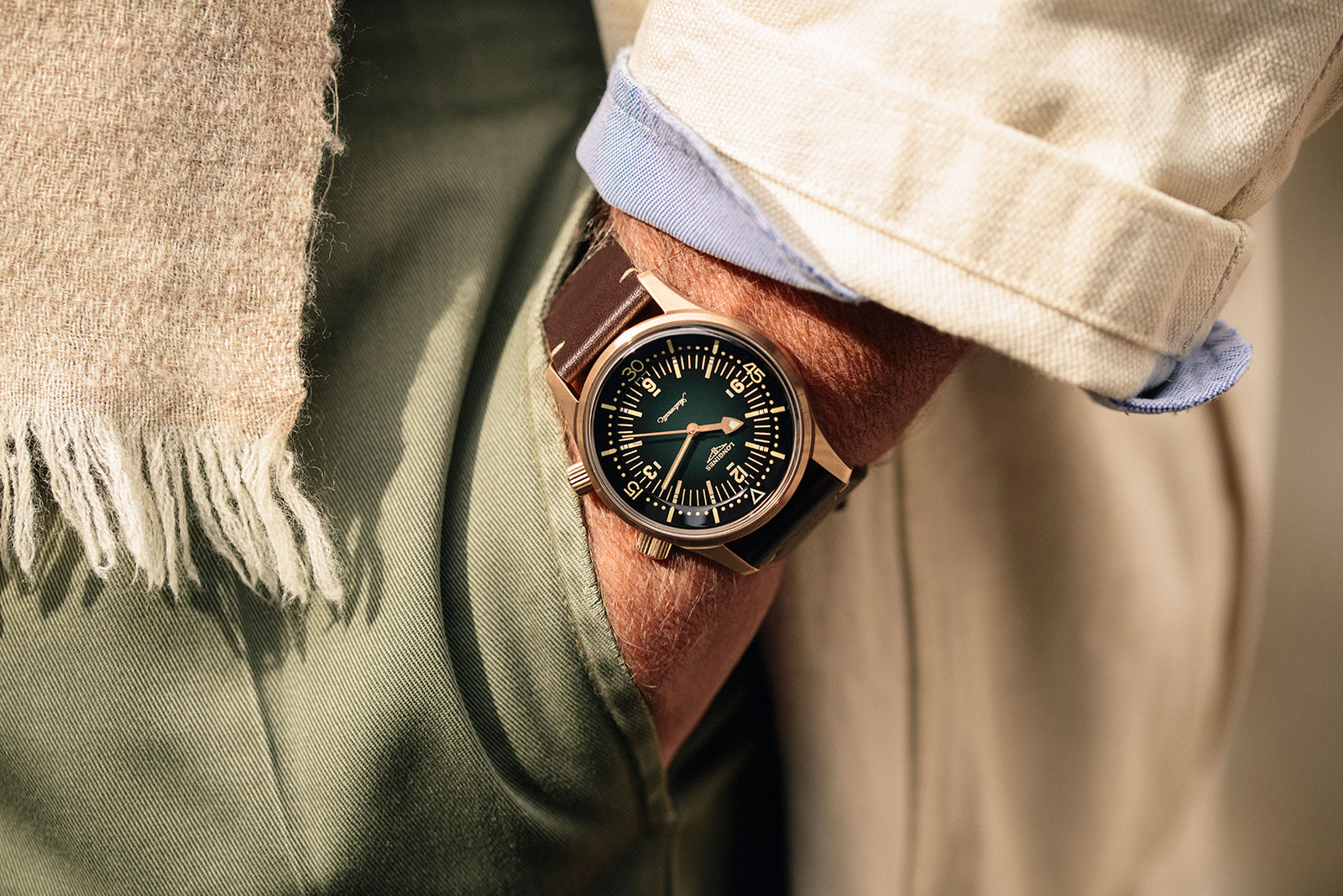 For watch enthusiasts, Longines’ forte is its Heritage collection, a series of well-priced vintage remakes that began with the Legend Diver of 2007. Based on the ref. 7042 of 1960s, which had a distinctive, twin-crown  “Super Compressor” case, the Legend Diver is a bestseller thanks to its convincingly retro style. And now Longines has just unveiled the Legend Diver Watch in bronze, which has a new case material for the model, but does away with the date function long panned by aficionados. 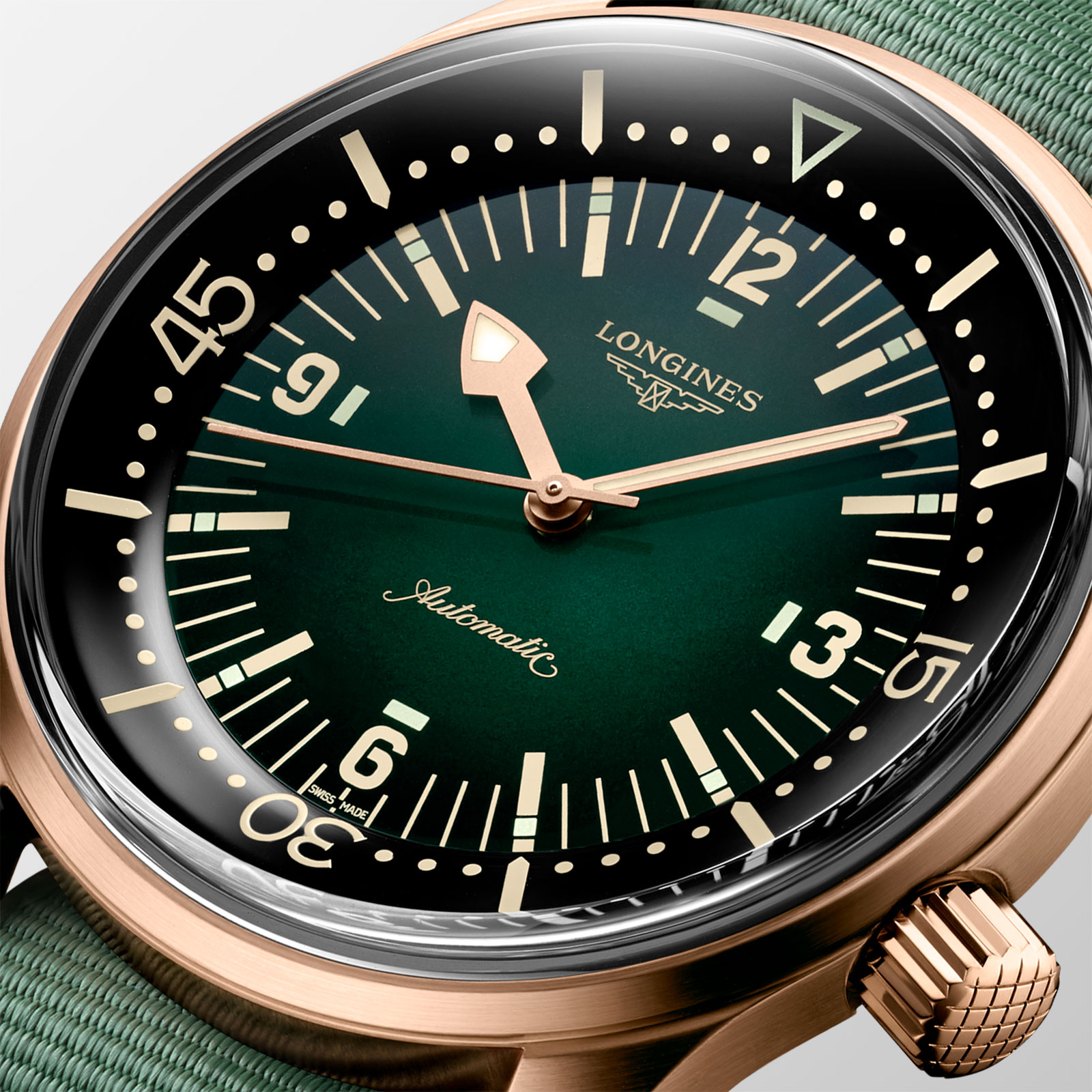 Bronze is a popular case material for dive watches that was once exotic but is now a bit too faddish, being found on watches priced as low as a few hundred dollars. Its desirability comes from its unusual, evolving appearance from the patina that develops on its surface as its oxidises.

A Legend Diver in bronze is a natural move – and the watch looks good, while retaining the appealing affordability typical of Longines. 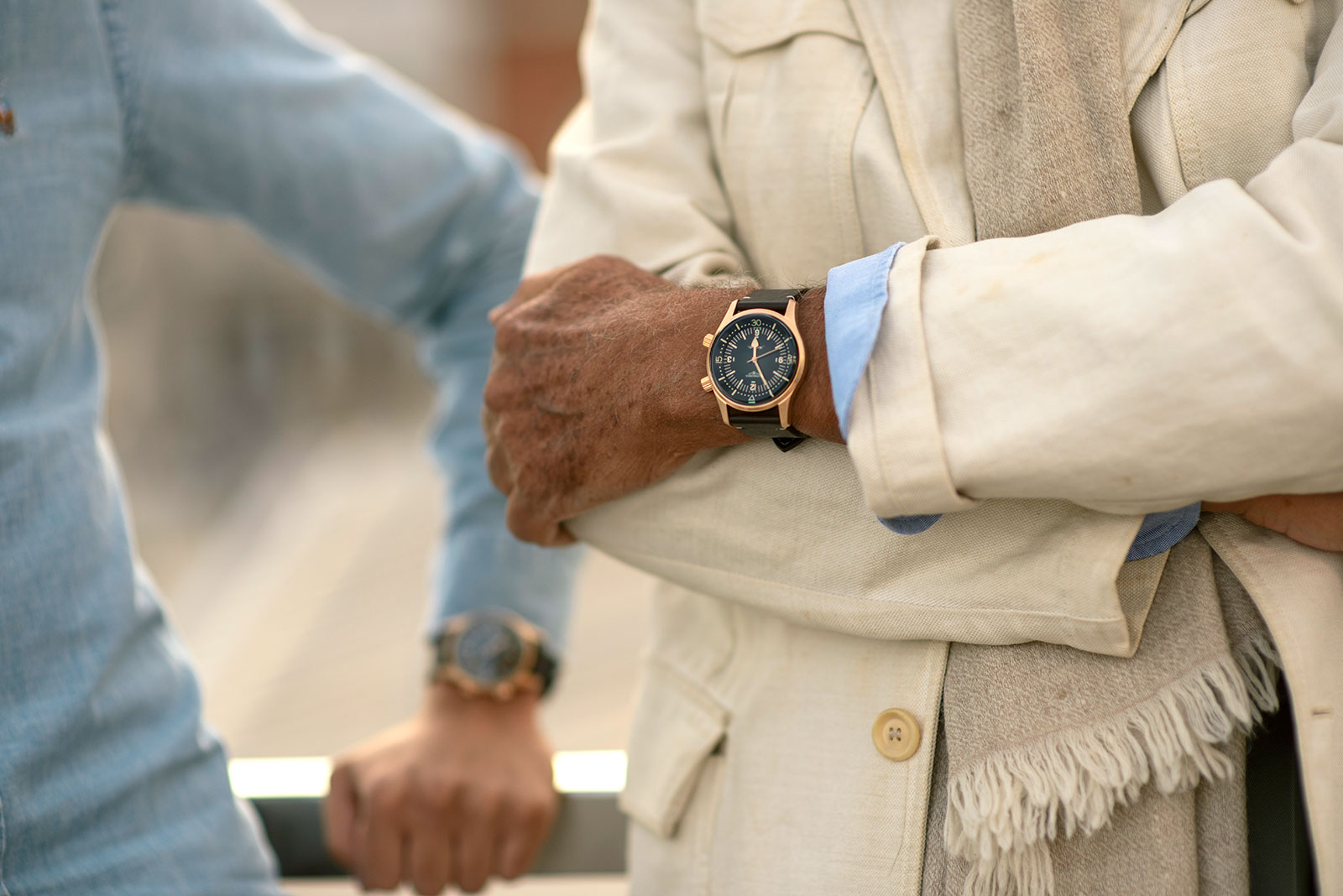 While the material is the highlight, the dial has been tweaked to match the bronze case. Most notable is the elimination of the date display found on the standard, steel Legend Diver but not on the original, which brings the design of the bronze model closer to the vintage model. At the same time, the dial has a smoked, green finish that matches the colour of bronze well.

With a price tag of US$3,000, the bronze Legend Diver is about 30% more expensive than its steel counterpart. It’s a modest and fair premium, considering both the case material and dial redesign. Even though the material and colour are clearly mark this out as a modern watch, the design is still attractively retro. 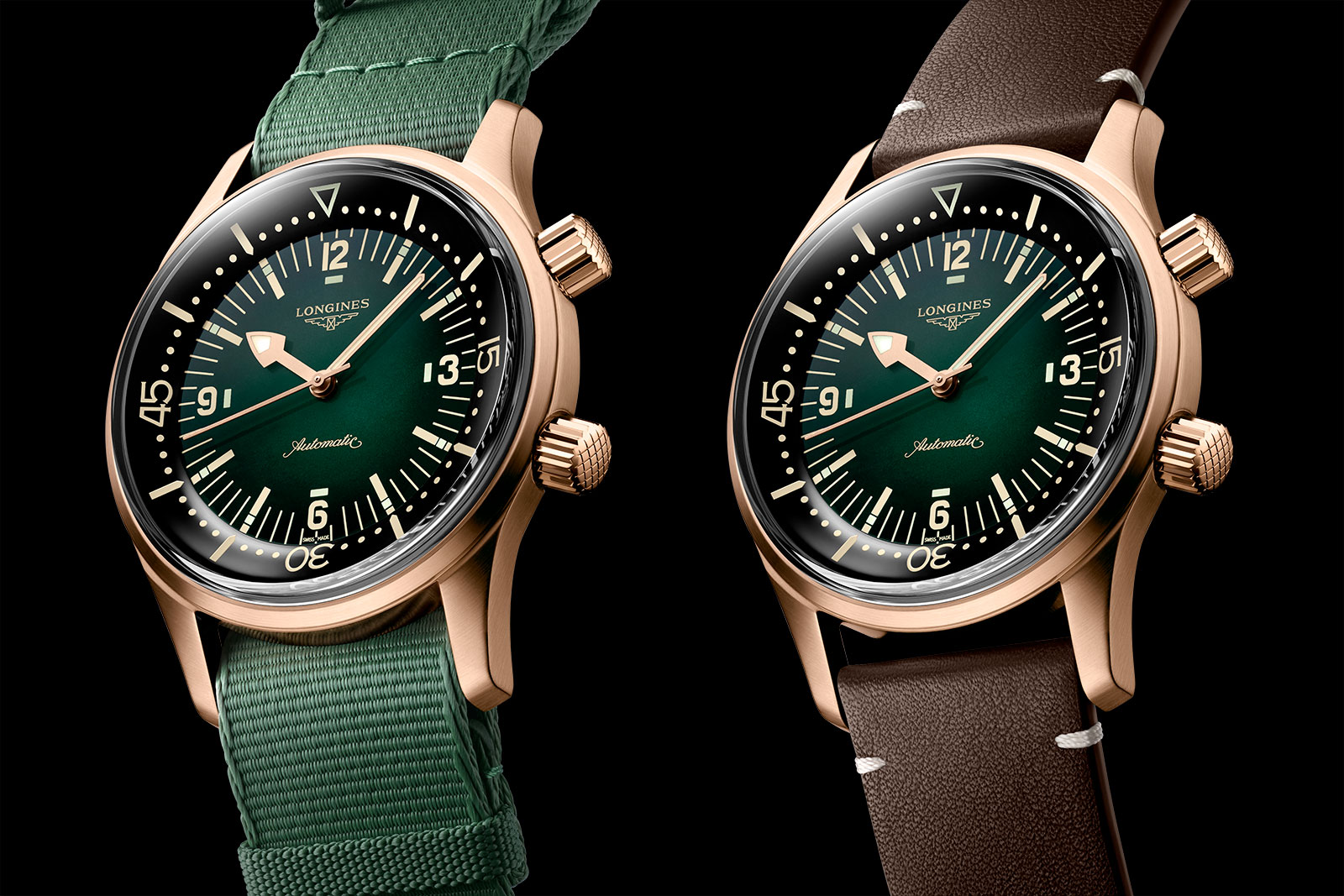 Unlike most remakes that are upsized for modern tastes, the Legend Diver is identical to the original in size, with a case that’s a relatively large 42 mm in diameter. Previously available only in steel, it’s been offered in bronze for the first time, although Longines has made other Heritage models in bronze recently, namely the Avigation Type A-7.

An alloy of copper and tin, bronze is popular because of its varying appearance that goes from bright and rosy when new to a muted, aged look as a patina develops on its surface. Formed as the alloy reacts with air and moisture, the patina is an oxide later that protects the metal from further oxidisation.

But because bronze can cause irritation with prolonged contact on skin, all bronze watches have case backs in hypoallergenic metals, explaining why the case back of the new Legend Diver is titanium.

Under the back is the L888.5, which is an ETA A31.L11. It’s essentially an ETA 2892 that’s been upgraded with a silicon hairspring and other technical improvements, upping the power reserve to 64 hours, instead of the 42 hours or so for the stock 2892. 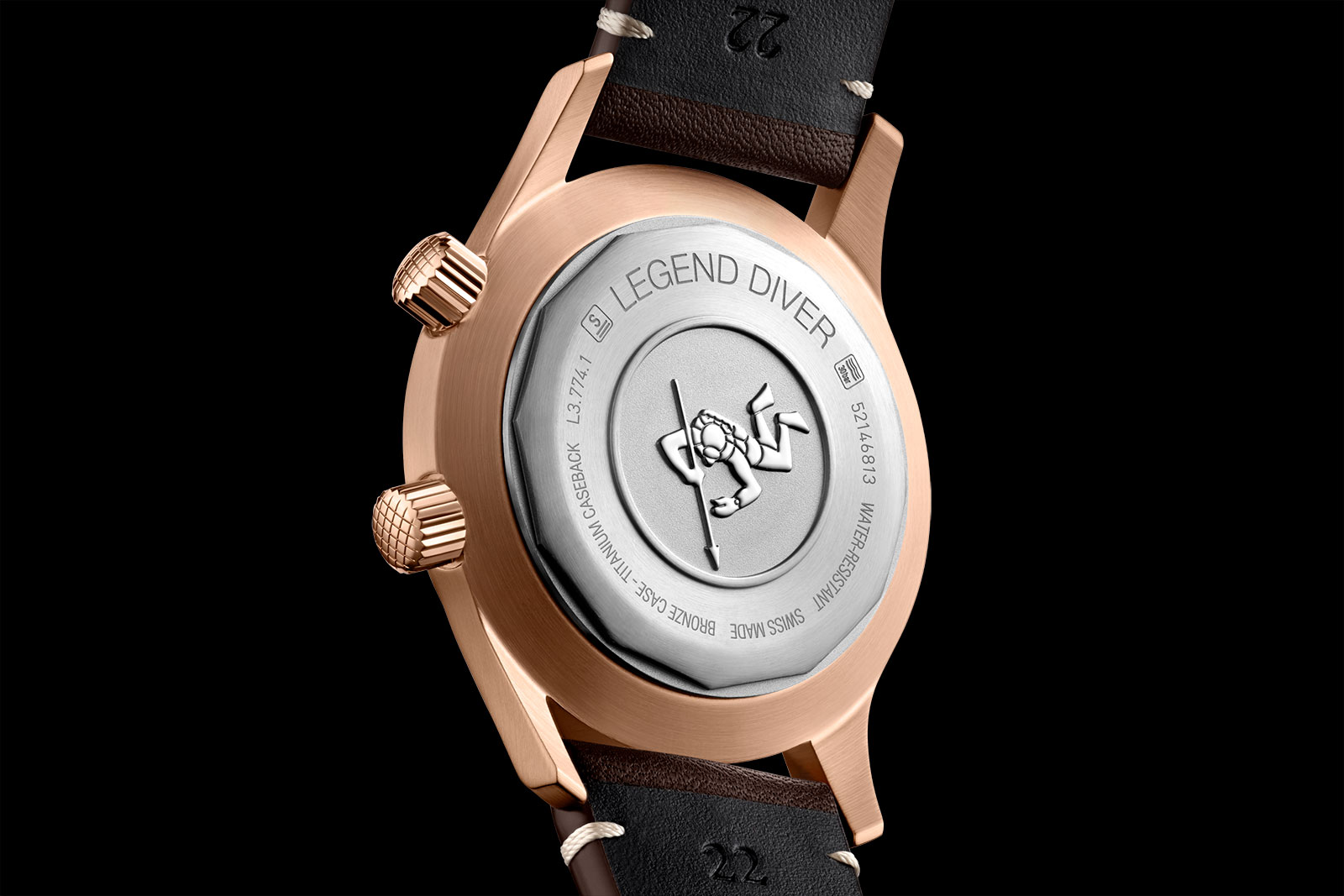 Availability: From December at Longines’ online store, boutiques, and authorised retailers
Price: US$3,000