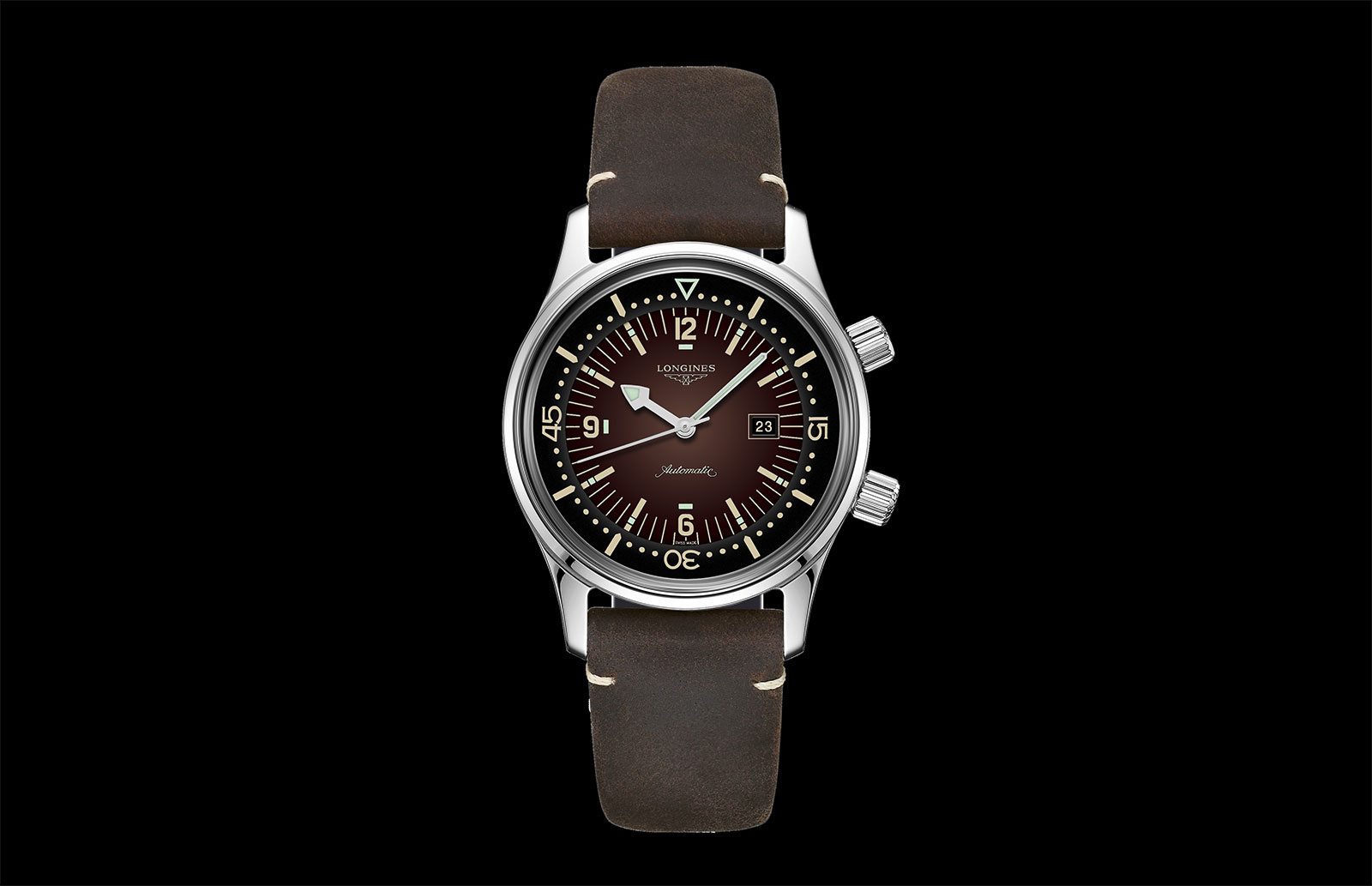 Longines rolled out a smaller version of its popular Legend Diver last year, one that is just 36mm in diameter and catered to ladies. Now it’s added a “tropical” dial model to the line-up, creating a dive watch for ladies with serious retro style.

The first Legend Diver, which was made for men, was based on the twin-crown dive watches of the 1960s, specifically the refs. 7042, 7150 and 7594. The lower crown was for winding and setting, while the upper crown rotated the elapsed time bezel, a feature that has been reproduced in the modern day remake.

Sometimes nicknamed “Super Compressor” after the type of water-resistant case made by case maker E. Piquerez (which also supplied other brands), the originals were notably large for watches of the era, measuring 42mm in diameter.

Despite its reduced size, the Legend Diver 36mm manages to retain the look and proportions of its bigger brother. And with the new “tropical” dial, it also replicates the highly desirable discoloured dials of some vintage “Super Compressor” divers. 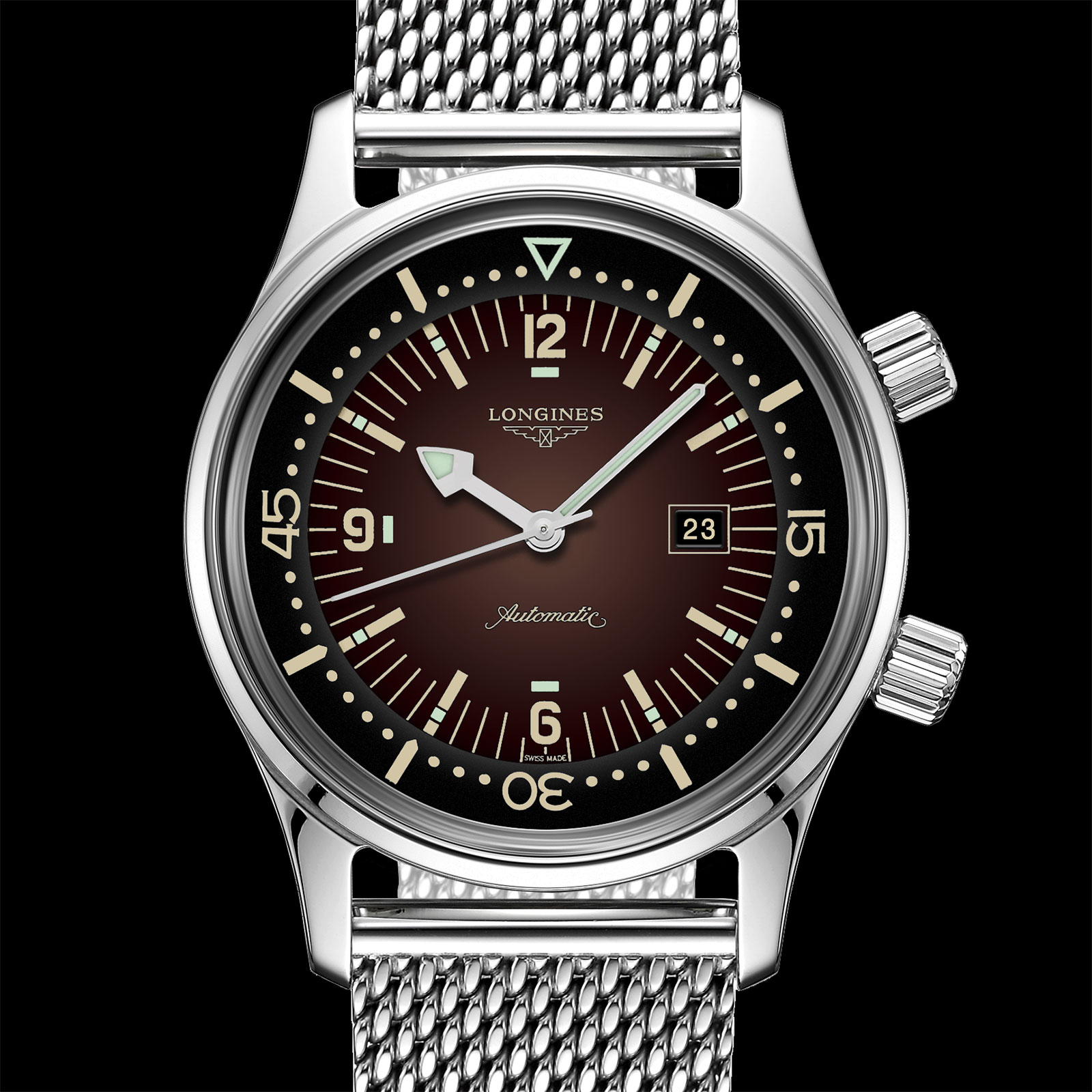 The original watches all had glossy black dials, but exposure to sunlight over the decades caused some dials to fade, resulting in varied shades of brown.

The new Legend Diver “tropical” replicates the aged dials found on some vintage examples, with a tobacco coloured centre that darkens towards the edges. The only bit that looks out of place is the date window, which was never found on the vintage models.

In addition, the Legend Diver 36mm is also offered with a conventional black dial, as well as a mother of pearl dial featuring black markings. 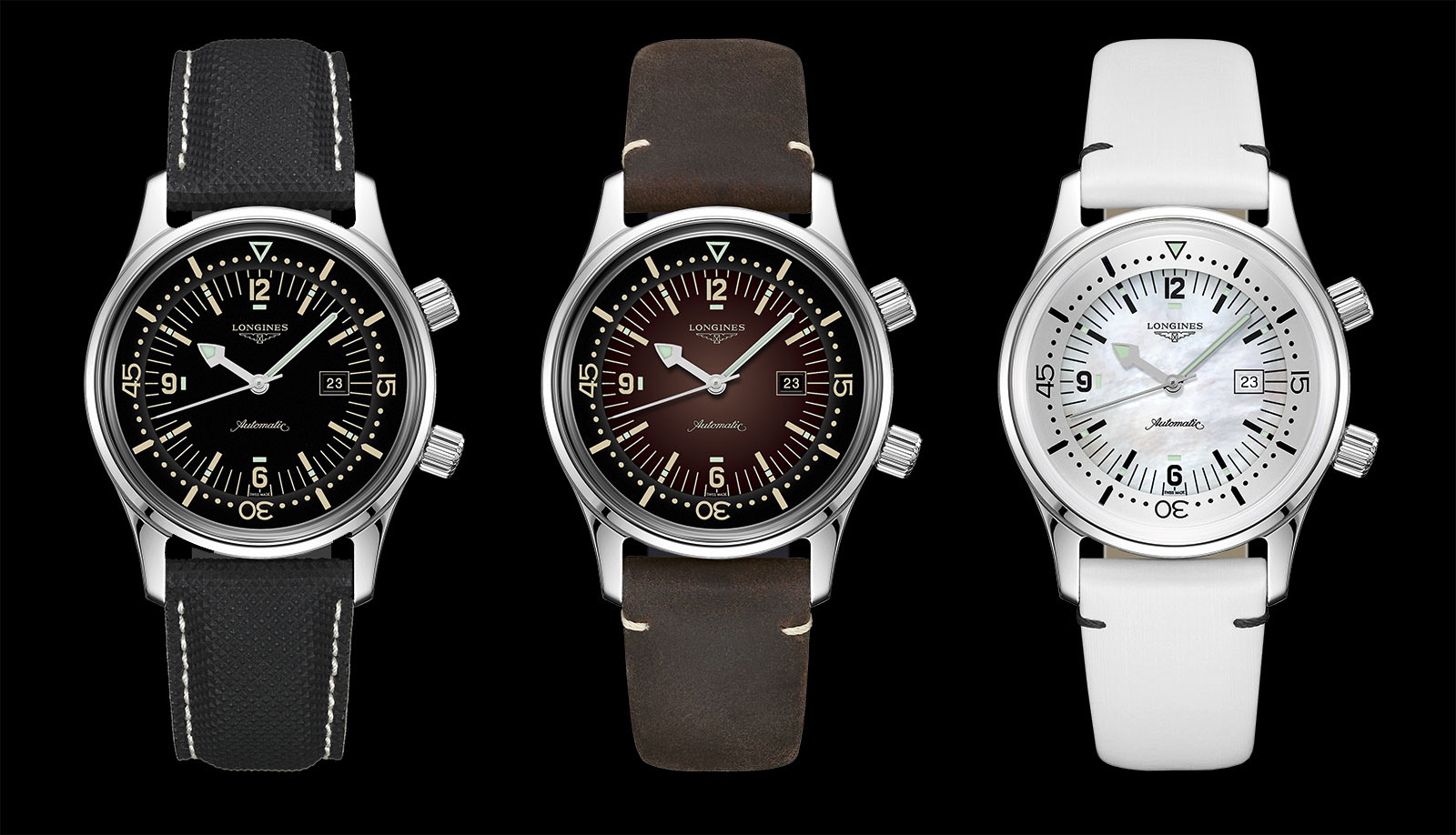 All versions of the Legend Diver 36mm are powered by the same L592 automatic movement, which is actually an ETA A20.L11 with a 40-hour power reserve.

They are each available either on a leather strap or “Milanese” steel mesh bracelet.

On the “Milanese” bracelet it rises to US$2400, or 3590 Singapore dollars. It’s available at Longines retailers and boutiques.