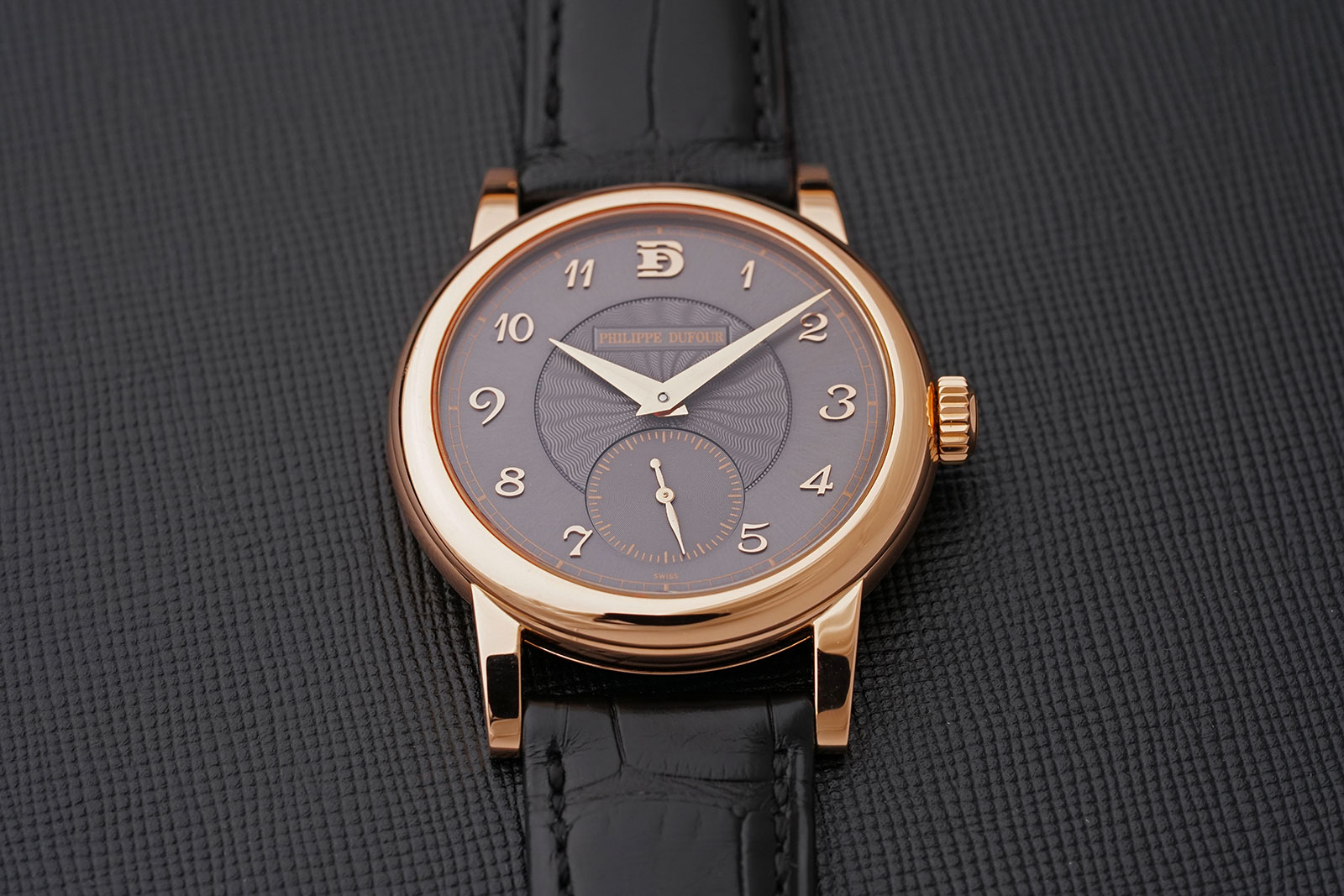 Phillip’s upcoming Geneva auction on November 8 encompasses Retrospective: 2000-2020, a sale centred on important watches of the last 20 years. The Retrospective catalogue was curated by Blackbird, best known as the sole agent for Ferrari in Hong Kong, but also the publisher of a watch magazine. 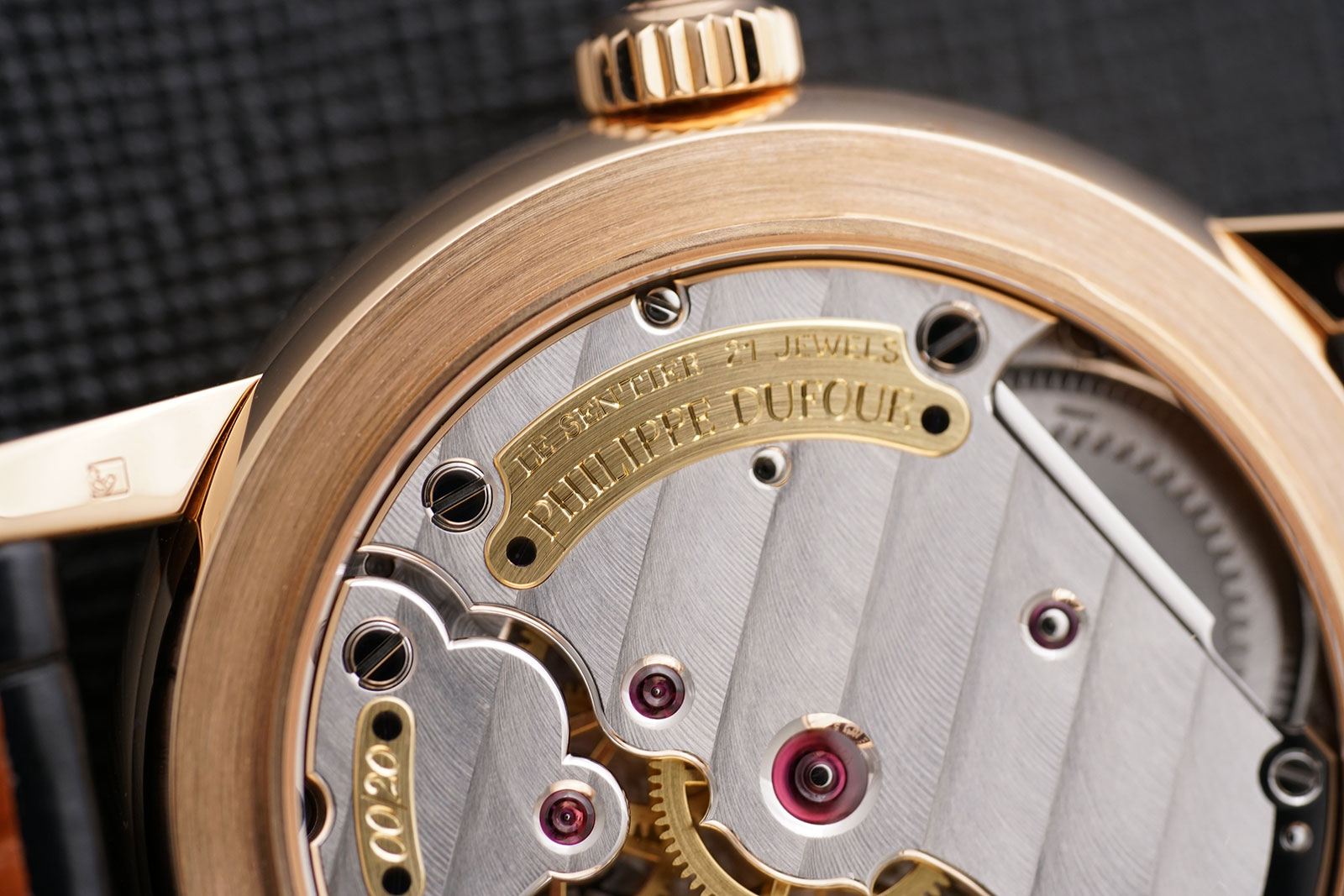 Conceived to mark the two decades since Mr Dufour unveiled his signature wristwatch, the anniversary Simplicity is very much like the classic version of the watch, but enhanced with various extras. 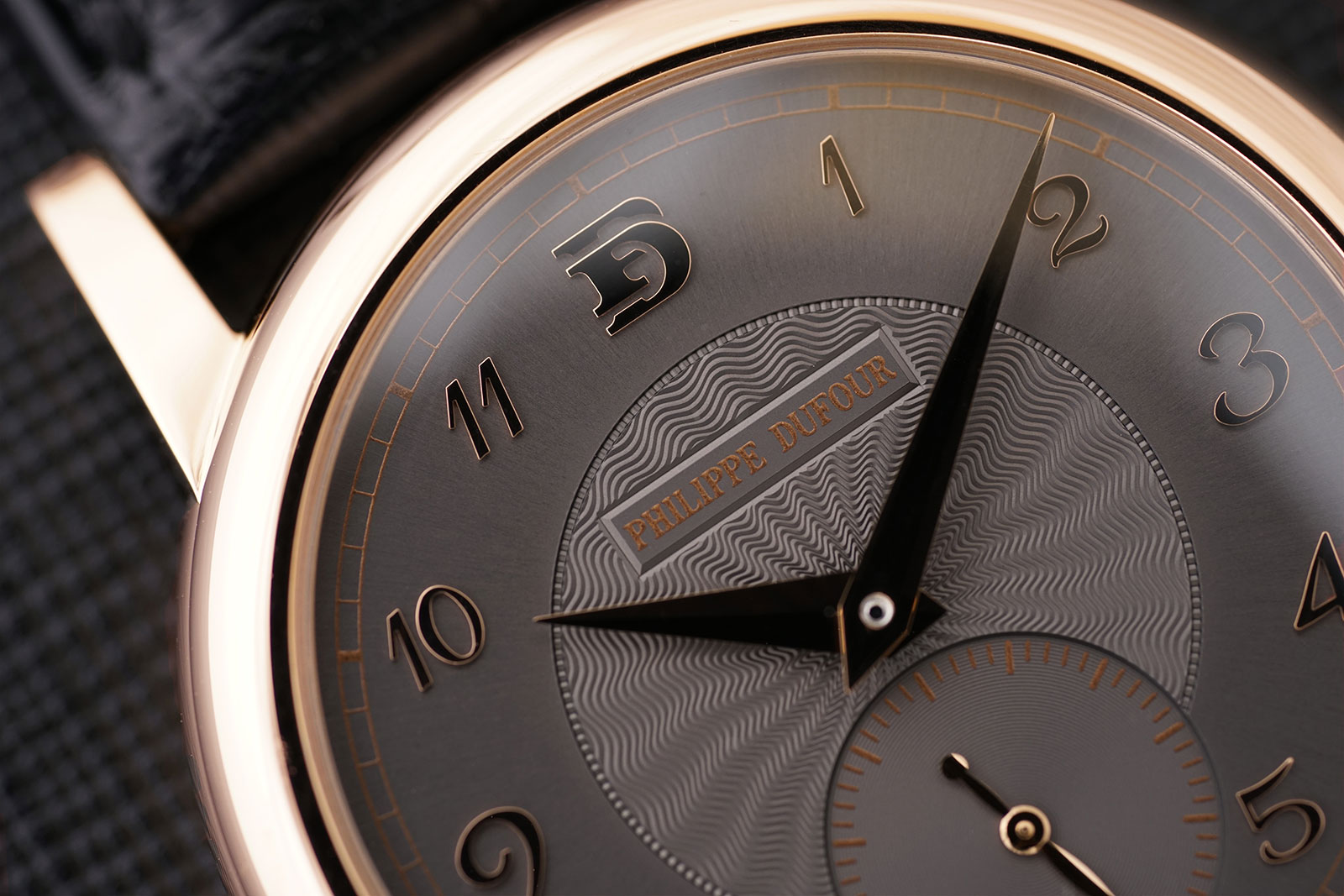 The 37 mm now includes a hinged, hunter case back, while the crown is topped with the “PD” logo. More obvious are the changes to the dial. While it retains the traditional guilloche and dauphine hands, the hour markers are now applied Breguet numerals and at 12 o’clock sits an extra-large “PD” emblem. 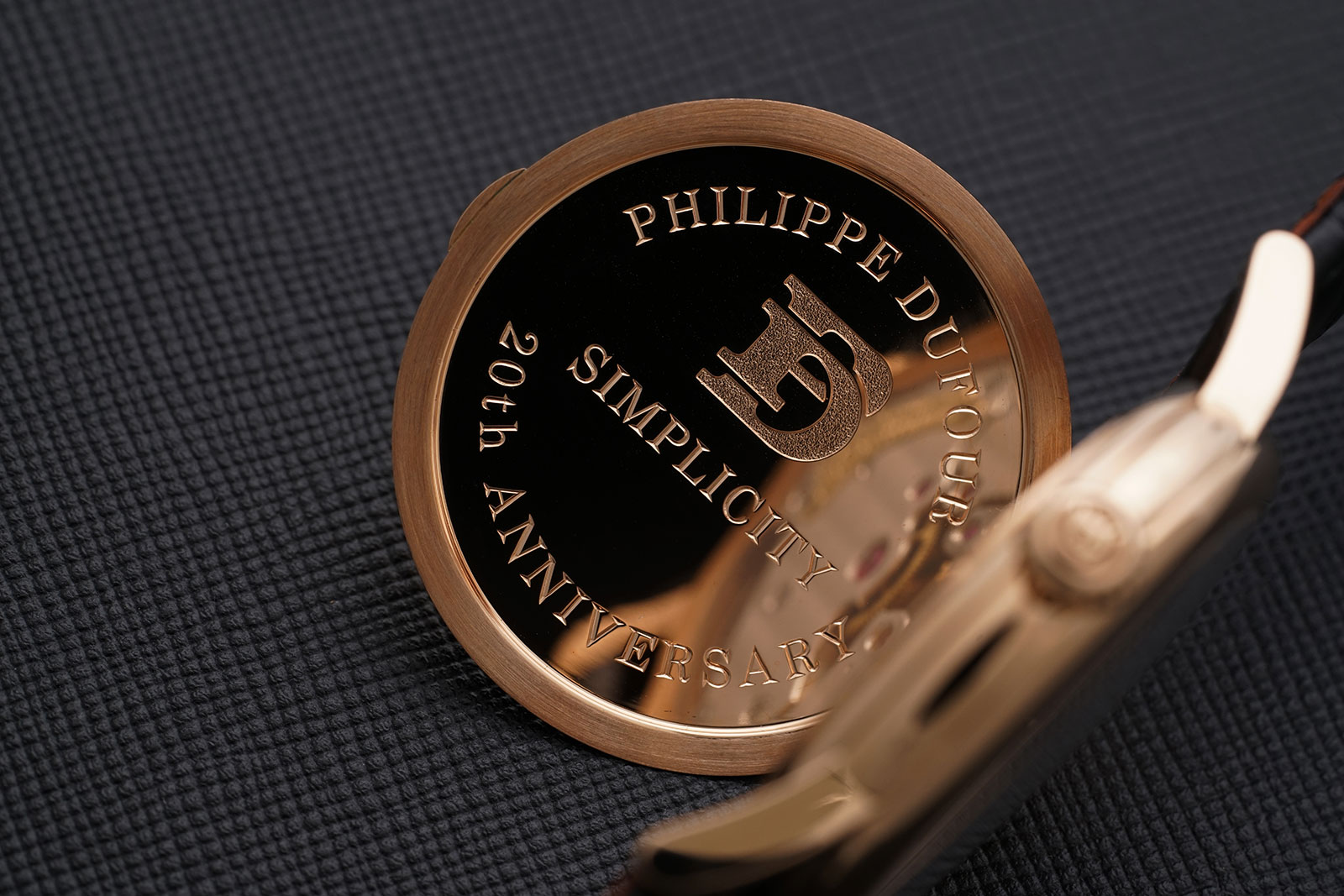 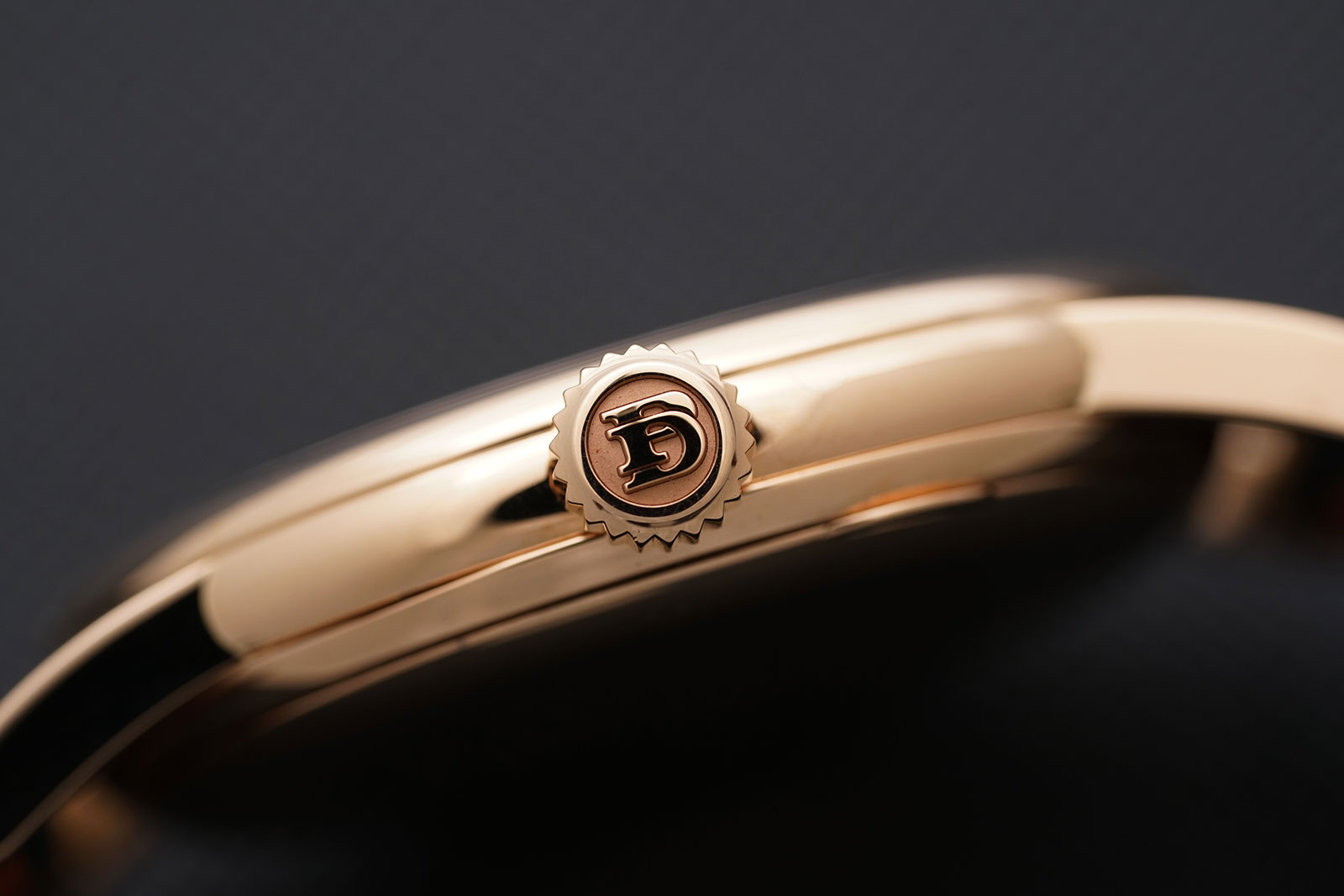 The Simplicity 20th Anniversary is a limited edition of 21 watches, or more specifically, an edition of 20 plus this watch that is numbered “00/20”. There will be seven each in platinum, rose as well as white gold.

As for the other 20 examples of the edition, they will be delivered over the next two years, with the retail price yet to be determined.