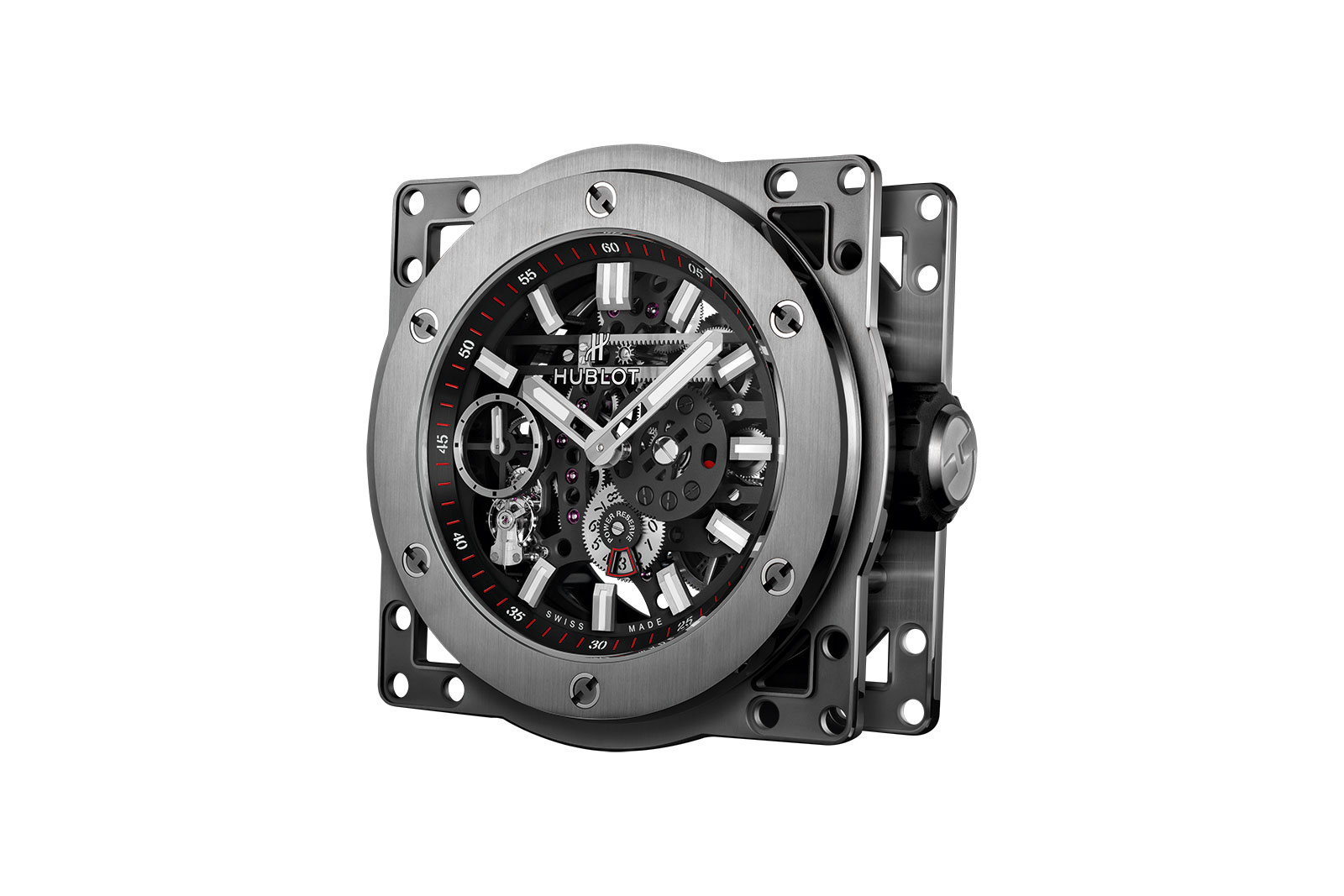 Time-only but visually and mechanically interesting, the Hublot Meca-10 wristwatch has a skeleton movement inspired by Meccano, the children’s construction toy. Now it’s been blown up – by a multiple of four – to create the Meca-10 Clock.

Created in collaboration with Swiss clockmaker L’Epée, best known for the clocks it has made for MB&F and Chanel, the Meca-10 Clock retains all of the key features of its wristwatch counterpart, namely the skeletonised construction and lengthy, 10-day running time. 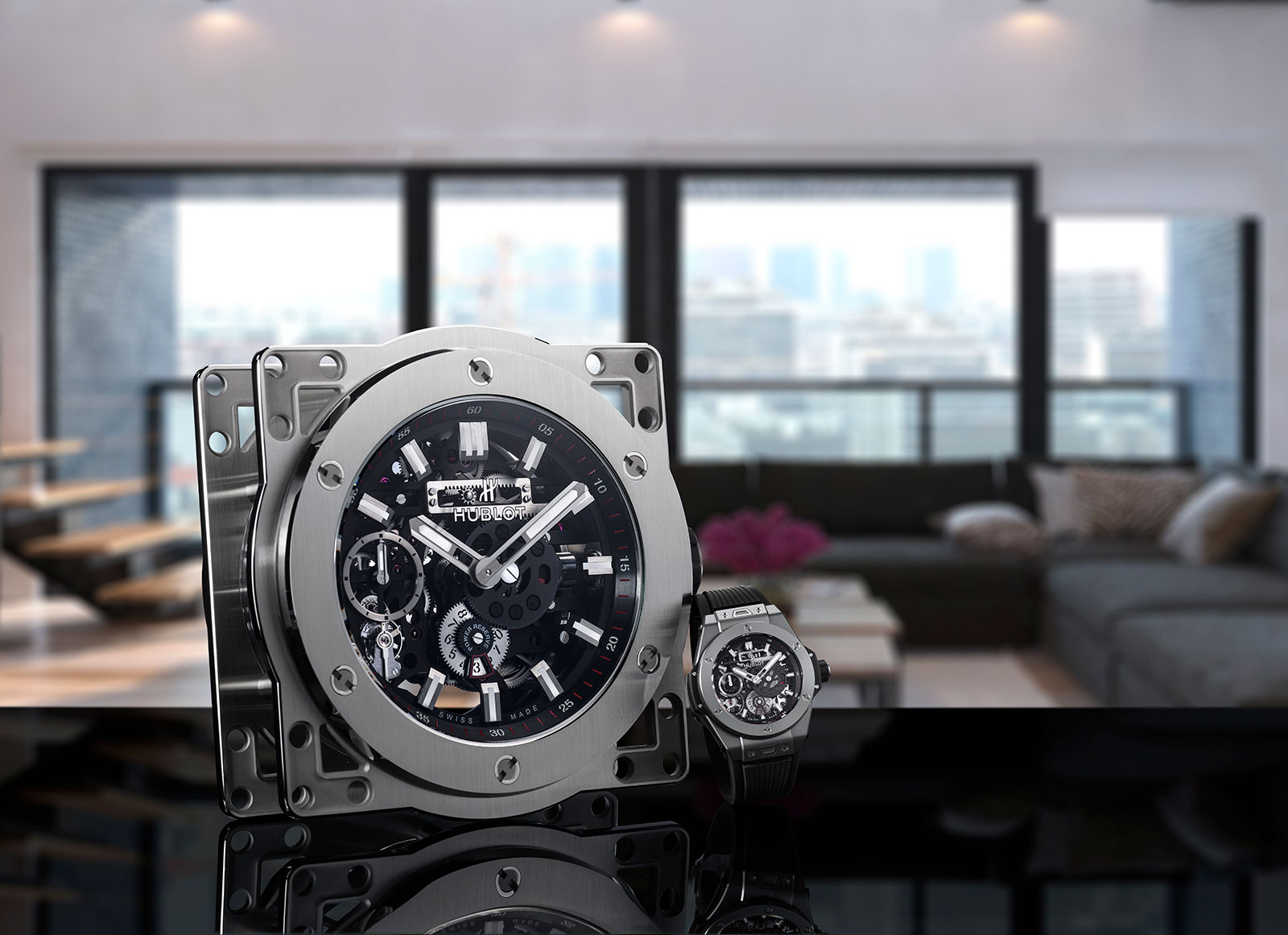 The clock and the watch that inspired it

Compared to the prolific, sci-fi clocks of MB&F, the Meca-10 is more traditional. But it sets itself apart technically with its purpose-built, 10-day movement. In contrast, clocks by other brands express themselves in terms of case architecture, and mostly rely on the same the L’Epée 8-day movement. 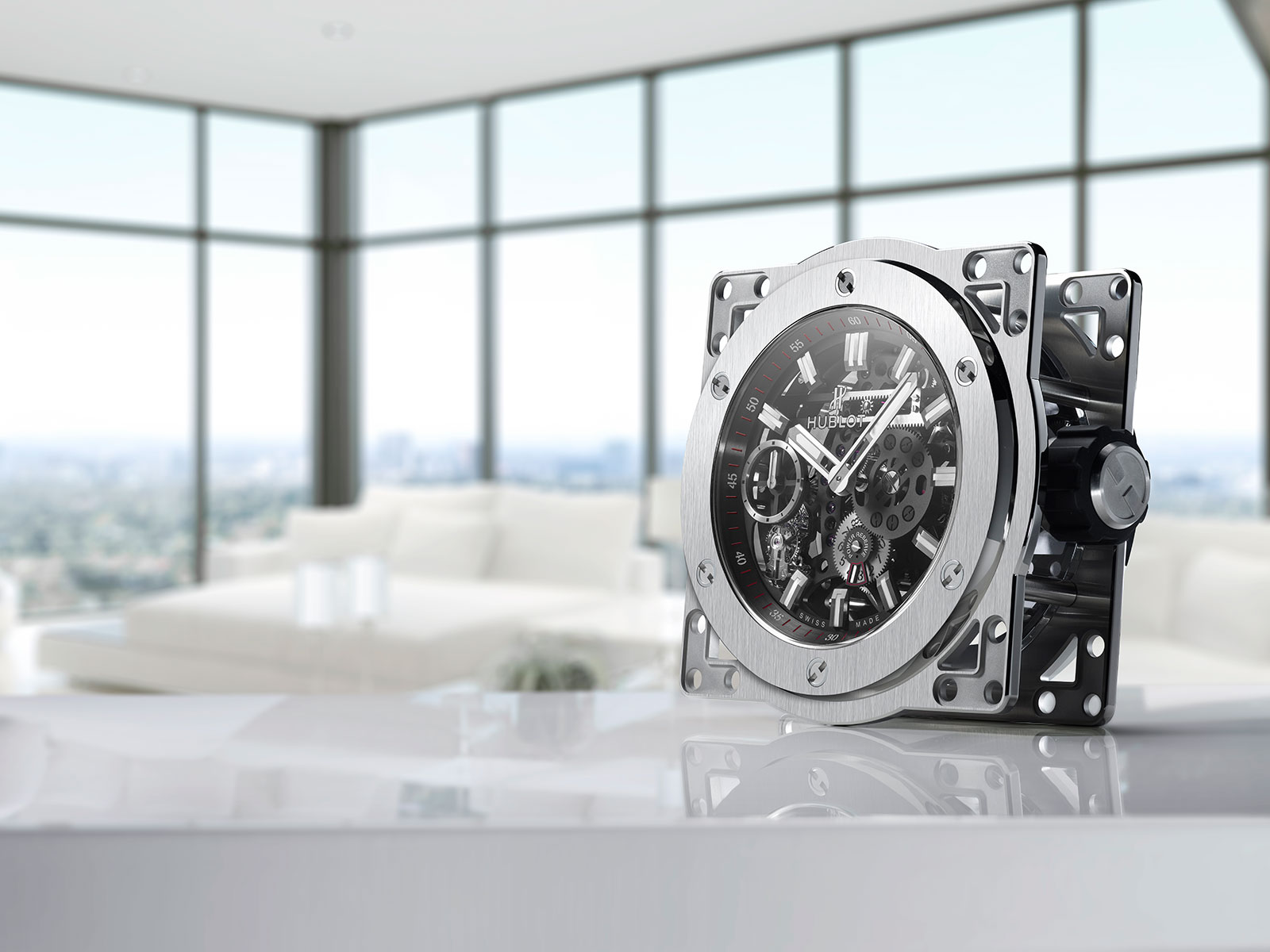 The Meca-10 has a straightforward, square case that resembles the typical Hublot Big Bang. The highlight is the movement, which originated in Hublot’s own movement development department led by Matthias Buttet, the brand’s resident technical guru, and subsequently built by L’Epee. 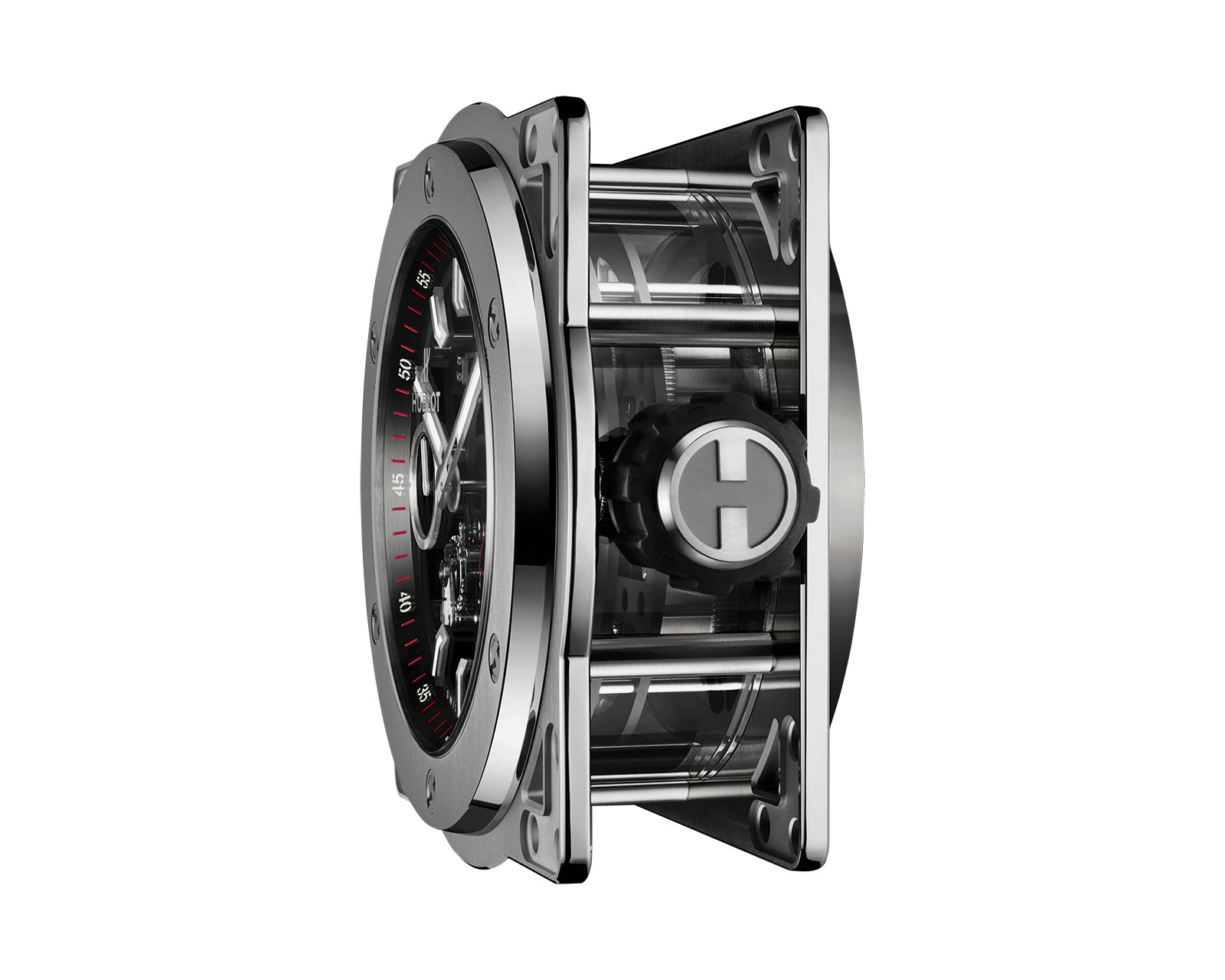 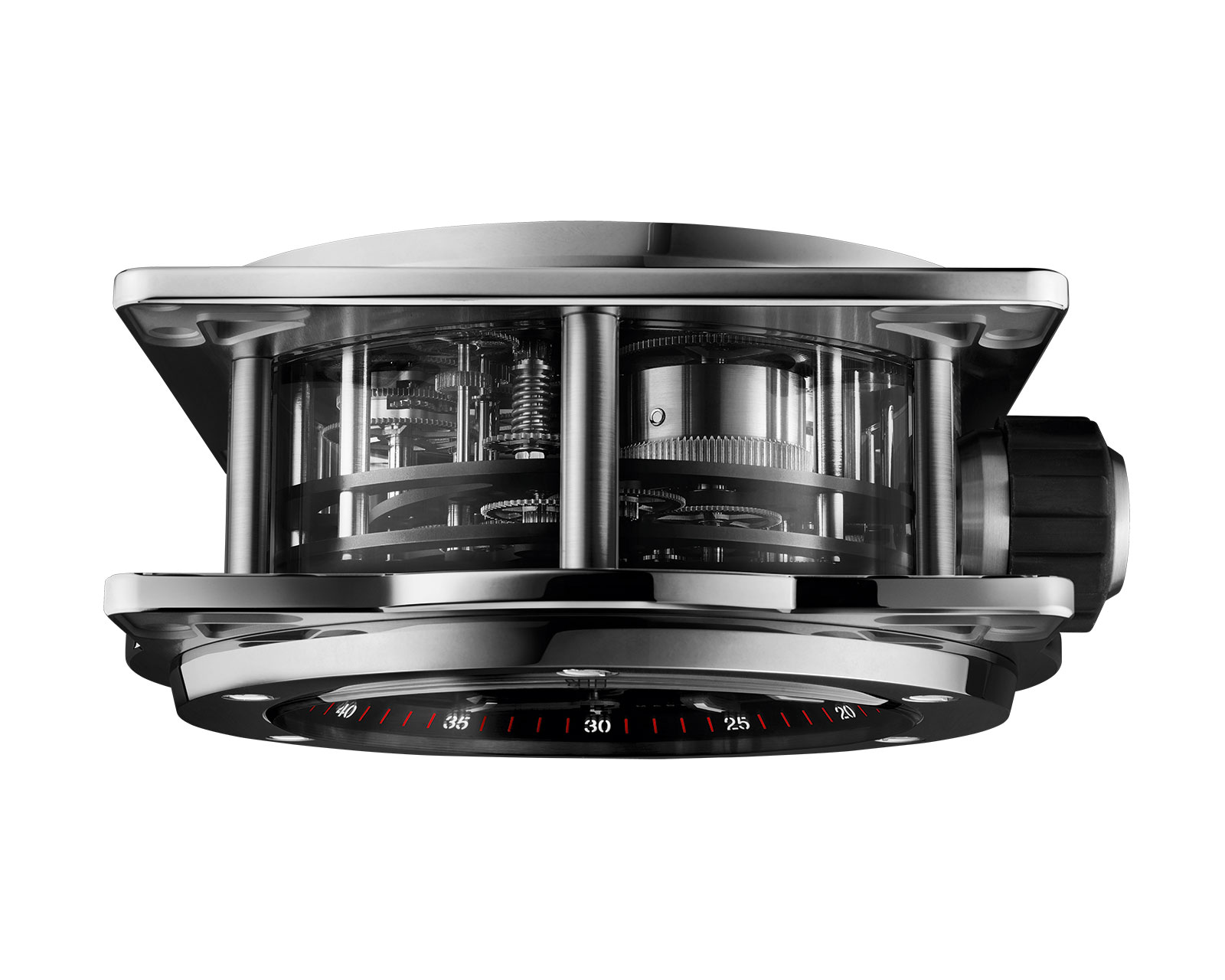 The result is a clock that is legible and mechanically interesting, just like the Meca-10 wristwatch, giving the clock a similar sort of appeal.

But the Meca-10 clock is surprisingly expensive, starting at US$47,400 for the steel version. That can be justified to a degree by the unique movement, but it’s still twice the price of the Mega-10 wristwatch, and also substantially pricier than most MB&F clocks that admittedly use the more generic 8-day movement. 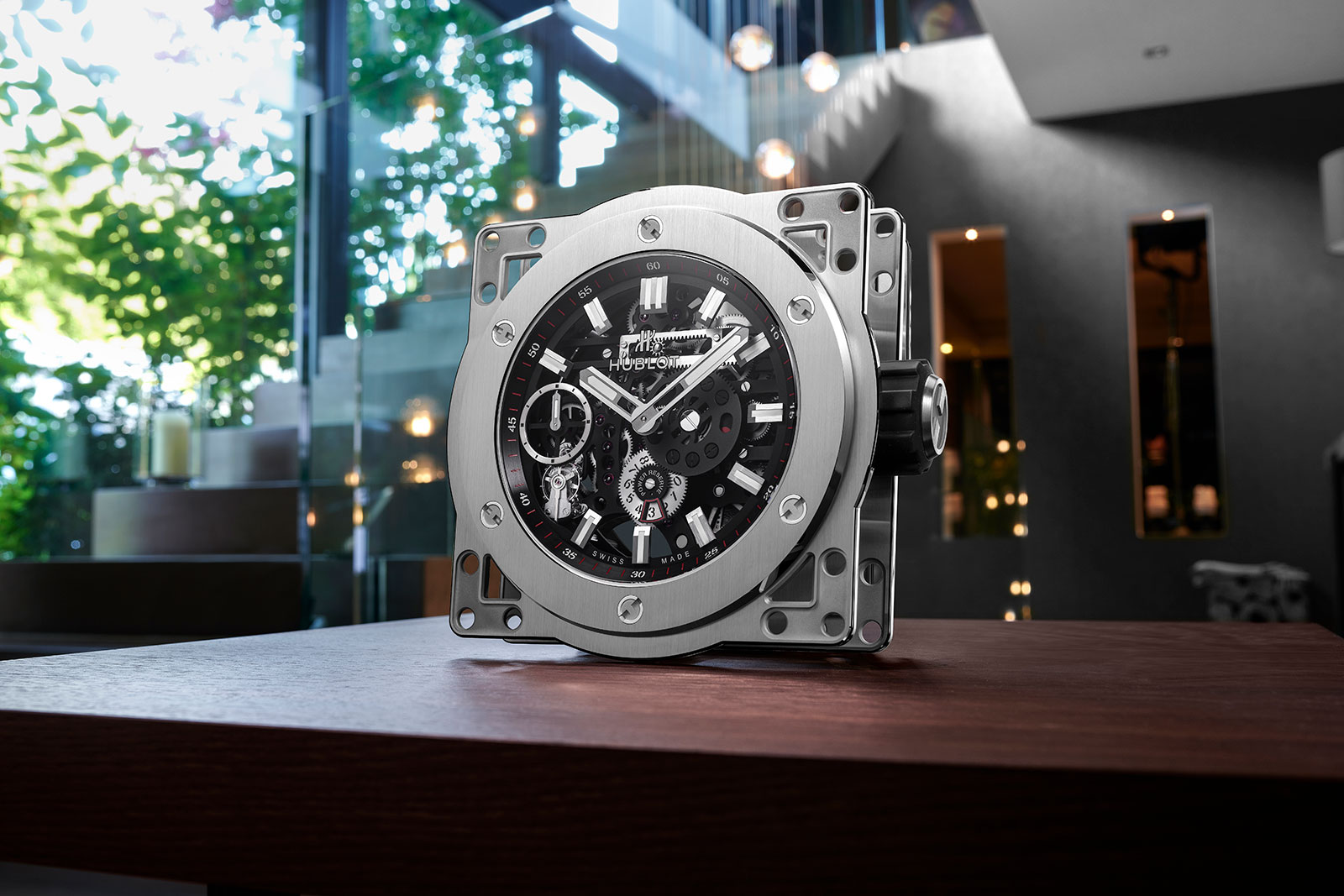 Available in brushed or black-coated finish, the clock has a steel frame that contains the movement that is almost identical to the wristwatch Meca-10 movement. All the key indicators, like the seconds and power reserve, are located in similar positions, despite some changes to the gear layout and bridges. The highlight of the display is the power reserve, which is driven by a linear rack system and fully revealed on the dial.

Coupled to one of the twin barrels, the horizontal rack visible behind the Hublot logo below 12 o’clock drives a large, black-coated wheel at three, which in turns drives the numerical power reserve indicator at six o’clock. It’s worth mentioning that the black-coated wheel also serves as a secondary indicator, as a red dot gradually appears in an aperture of the wheel when mainspring approaches empty. 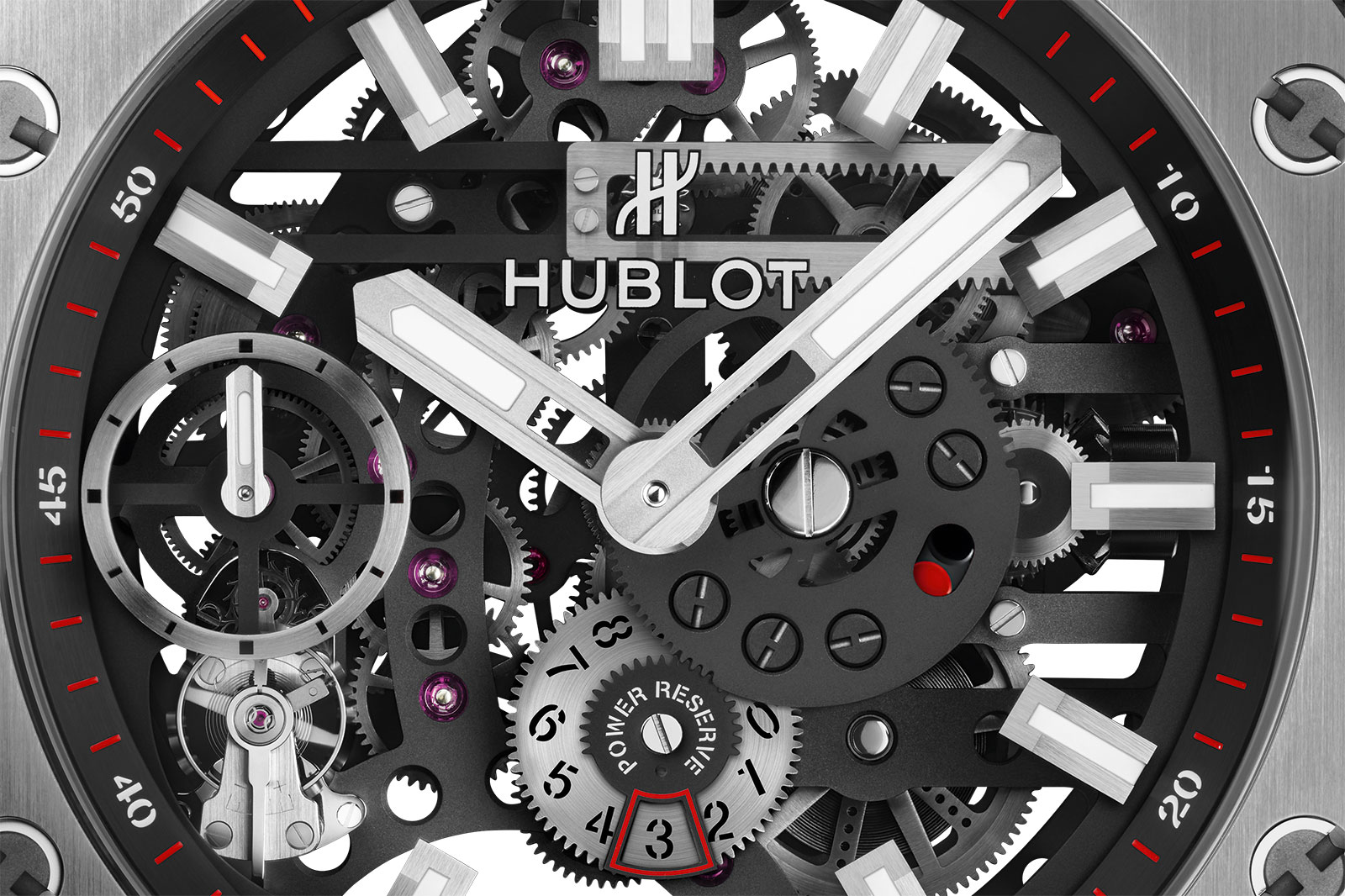 Visible from the back are the twin barrels that provide 10 days of autonomy. With the triple, horizontal bridges, the layout very much resembles the wristwatch movement. However, the escape wheel and pallet fork is no longer visible from the back, but instead are located on the front at eight o’clock. 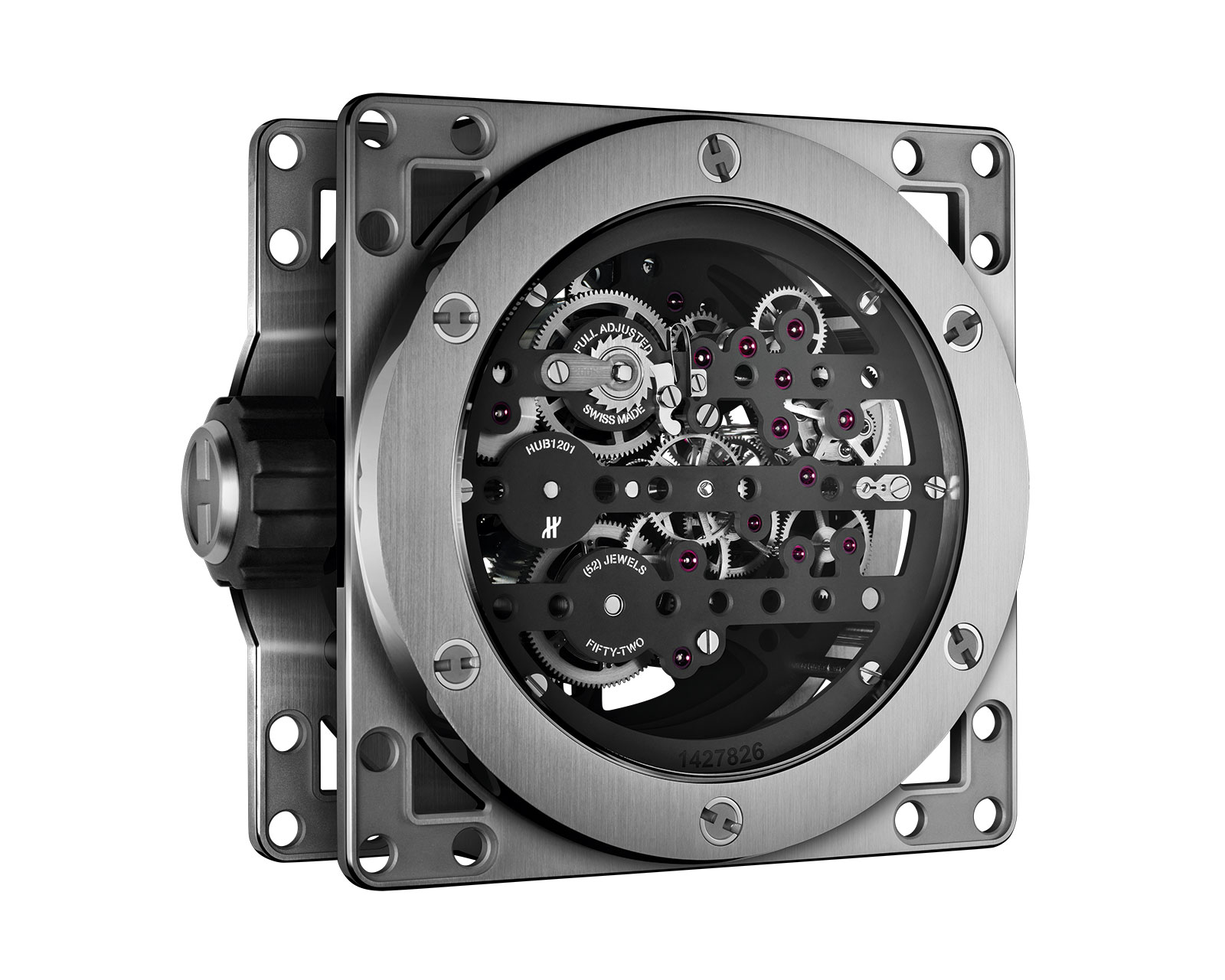 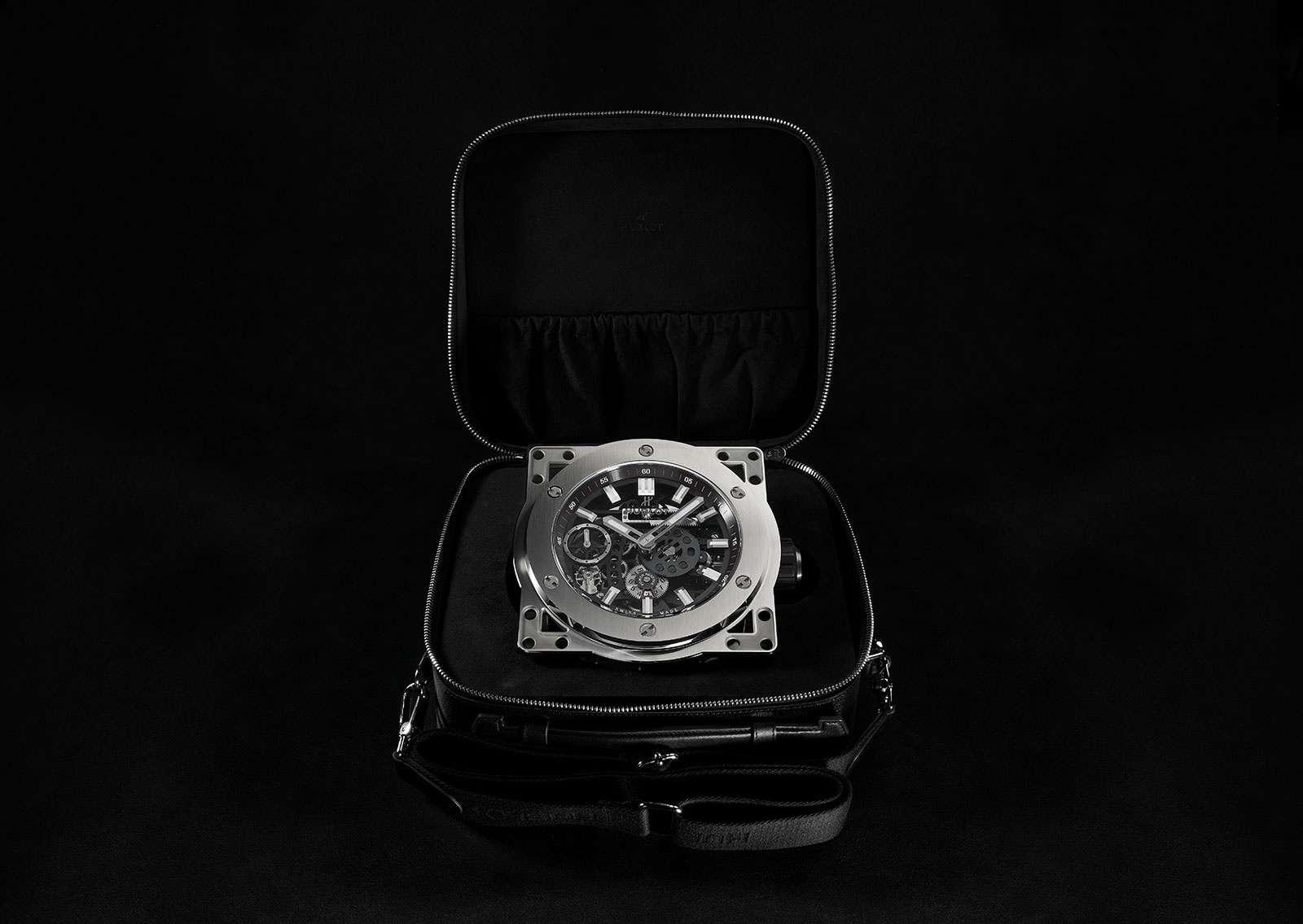 The Meca-10 clock in its travel case