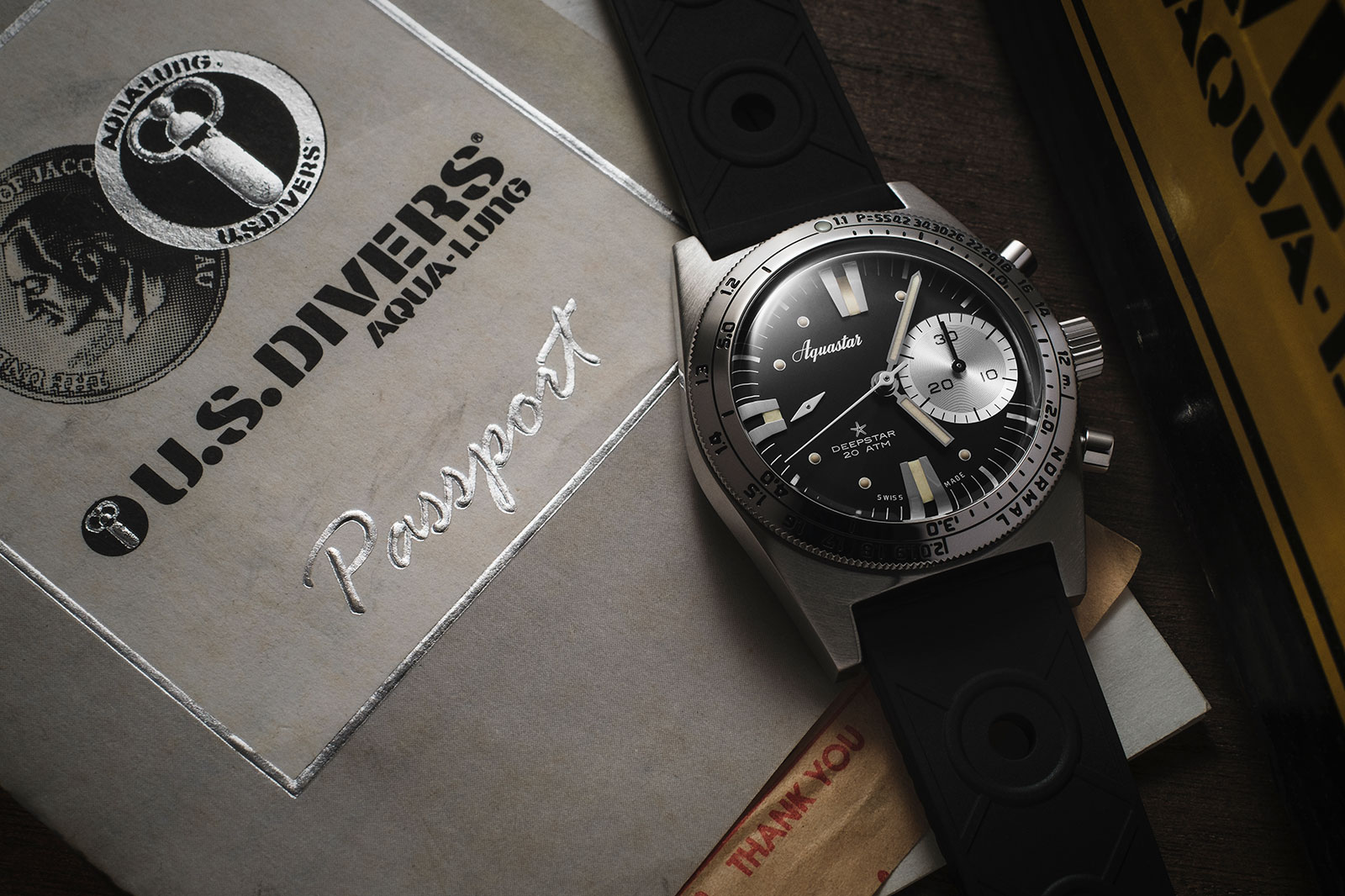 Originally founded in 1962 to capitalise on the popularity of leisure diving at the time, Aquastar specialised in making diving instruments and notched up several patents, such as a “no-decompression” bezel. But like the rest of the Swiss watch industry in the 1970s, the Aquastar suffered during the Quartz Crisis and faded away, although it never really died. Now it’s been resurrected and makes it debut with, unsurprisingly, a vintage remake with the Deepstar Chronograph. 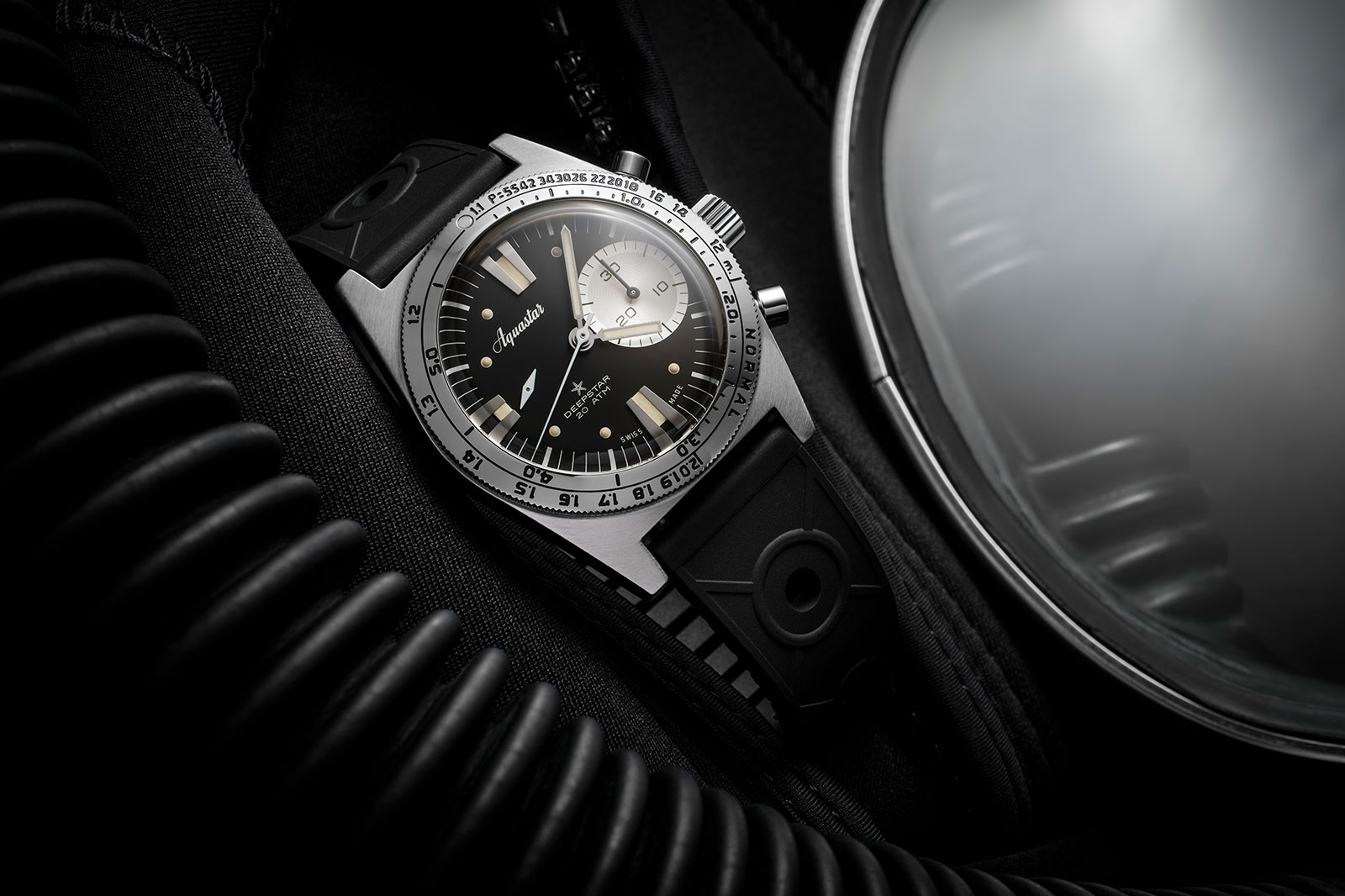 The Deepstar is obviously a watch of the 1960s, with the angular, tonneau-shaped case and dial design giving away its origins. The retro-diver look is now back in vogue, which was no doubt a reason behind the revival of the brand.

And the popularity of the design is for good reason. It is clean and attractive, and unusual compared to today’s dive watches (although vintage remakes are increasingly common). 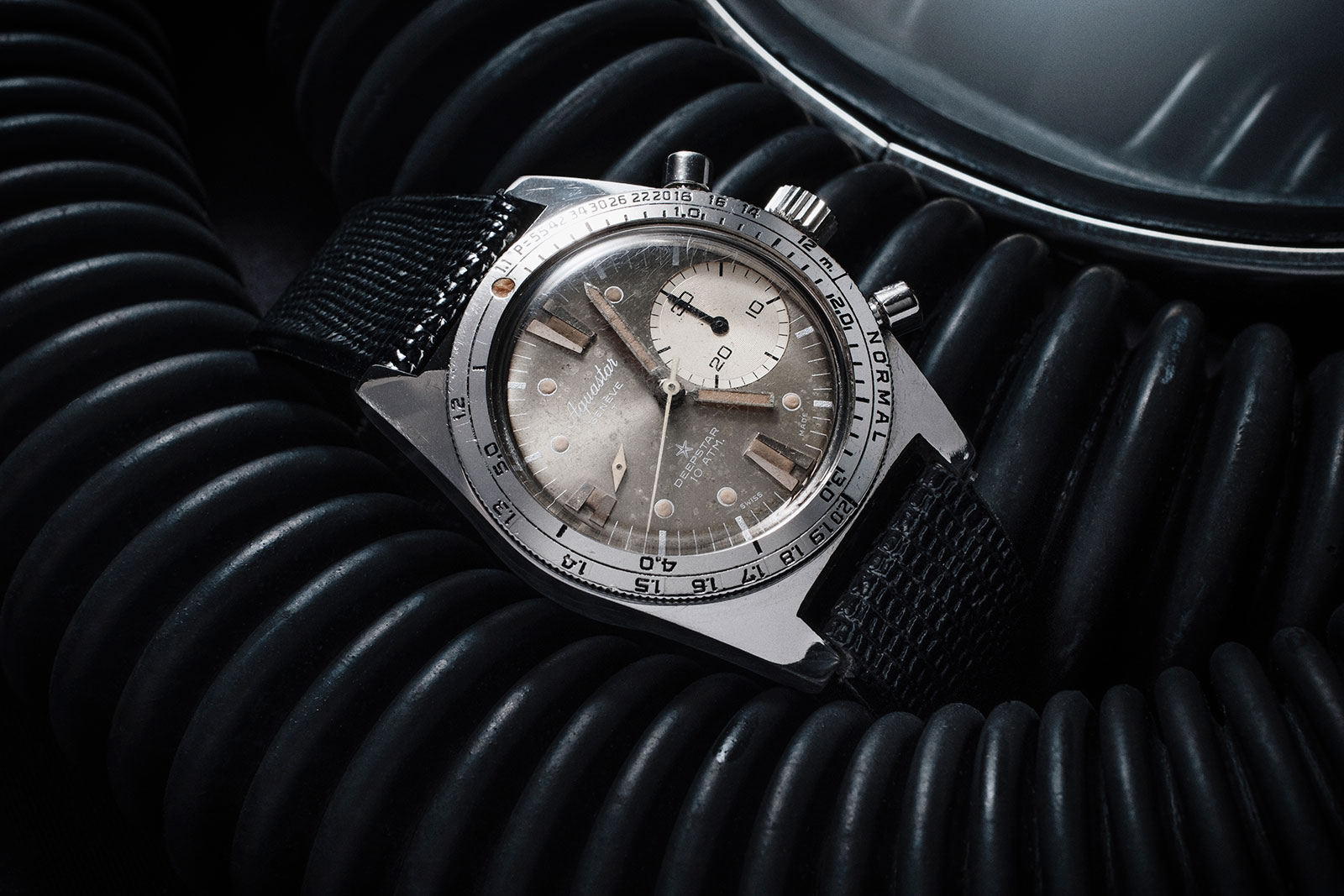 All of the best elements of the vintage original are found on the remake, including the oversized, “big eye” minute register. And though it’s larger than the 37 mm original – a necessity due to the La Joux-Perret movement inside – the remake is 40.5 mm, smallish by today’s standards, which means it still retains the vintage feel.

Aside from the true-to-original grey dial, the Deepstar is also offered in black and blue, with an “early-bird” price of US$2,790 (which rises to US$3,590 after the initial run of 300 pieces in each colour). The pre-order price is reasonable, especially given the movement.

It’s worth noting that the return of Aquastar is being shepherded by someone who has a track record with exactly this. Behind it is Rick Marei, who is best known as having led the revival of Doxa as a maker of vintage-style dive watches, but also responsible for the modern-day remakes of the Tropic and Isofrance diver’s watch straps. 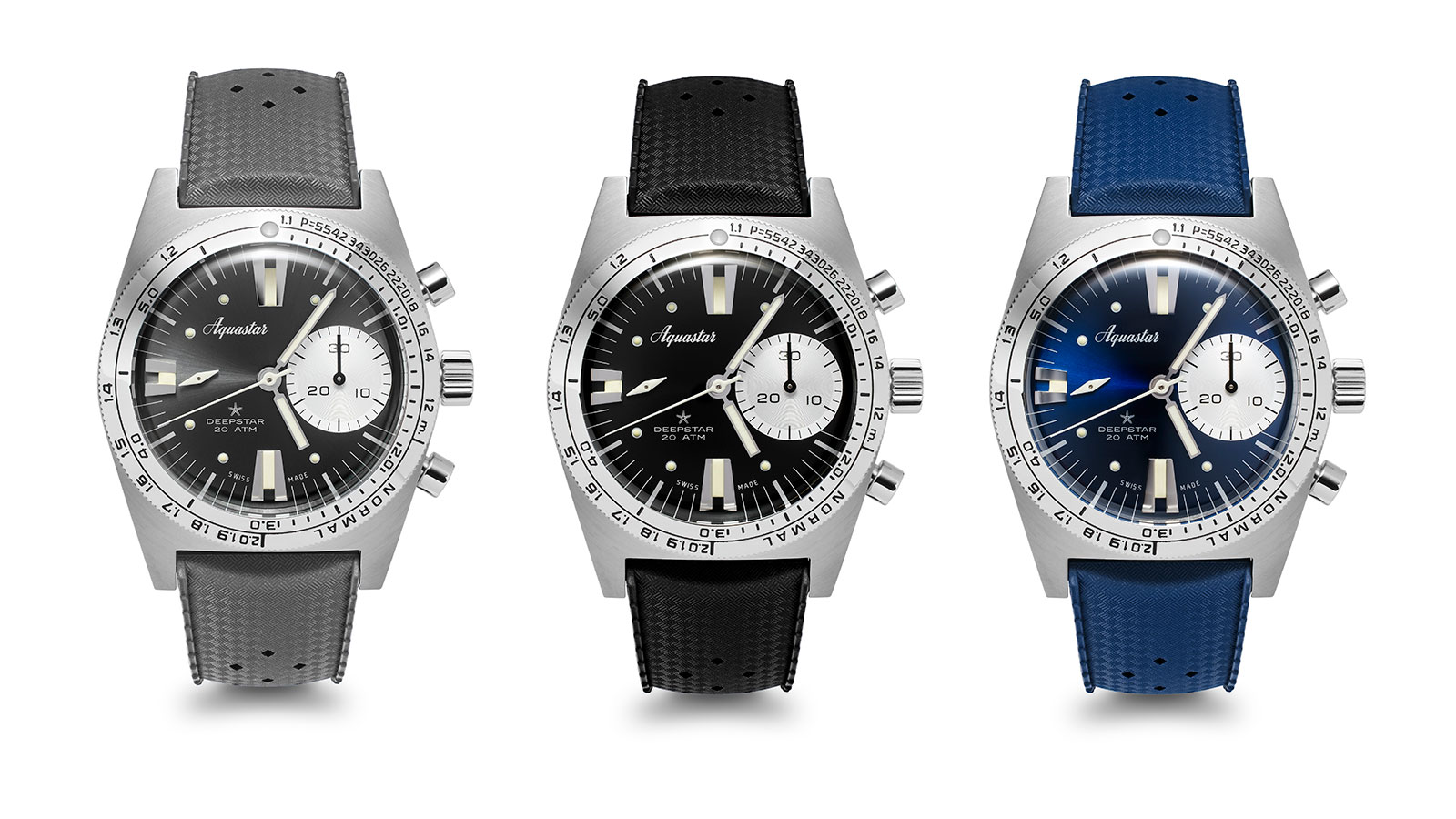 With an uptick in recreational diving during the postwar era, Aquastar was just one of many companies that capitalised on the trend. Founded by Frédéric Robert, a diving enthusiast himself, Aquastar also instruments such as depth gauges and watches to professionals like Jacques Cousteau and freediver Jacques Mayol.

The original Deepstar was a product of the era, when dive instruments were analogue and manually operated, explaining the chronograph and rotating, decompression bezel. Like the original, the remake has only a single defined register at three o’clock – for the all-important measurement of dive time – along with a discreet running seconds at nine o’clock. Another unusual detail are the oversized markers at the quarters for easy reading. 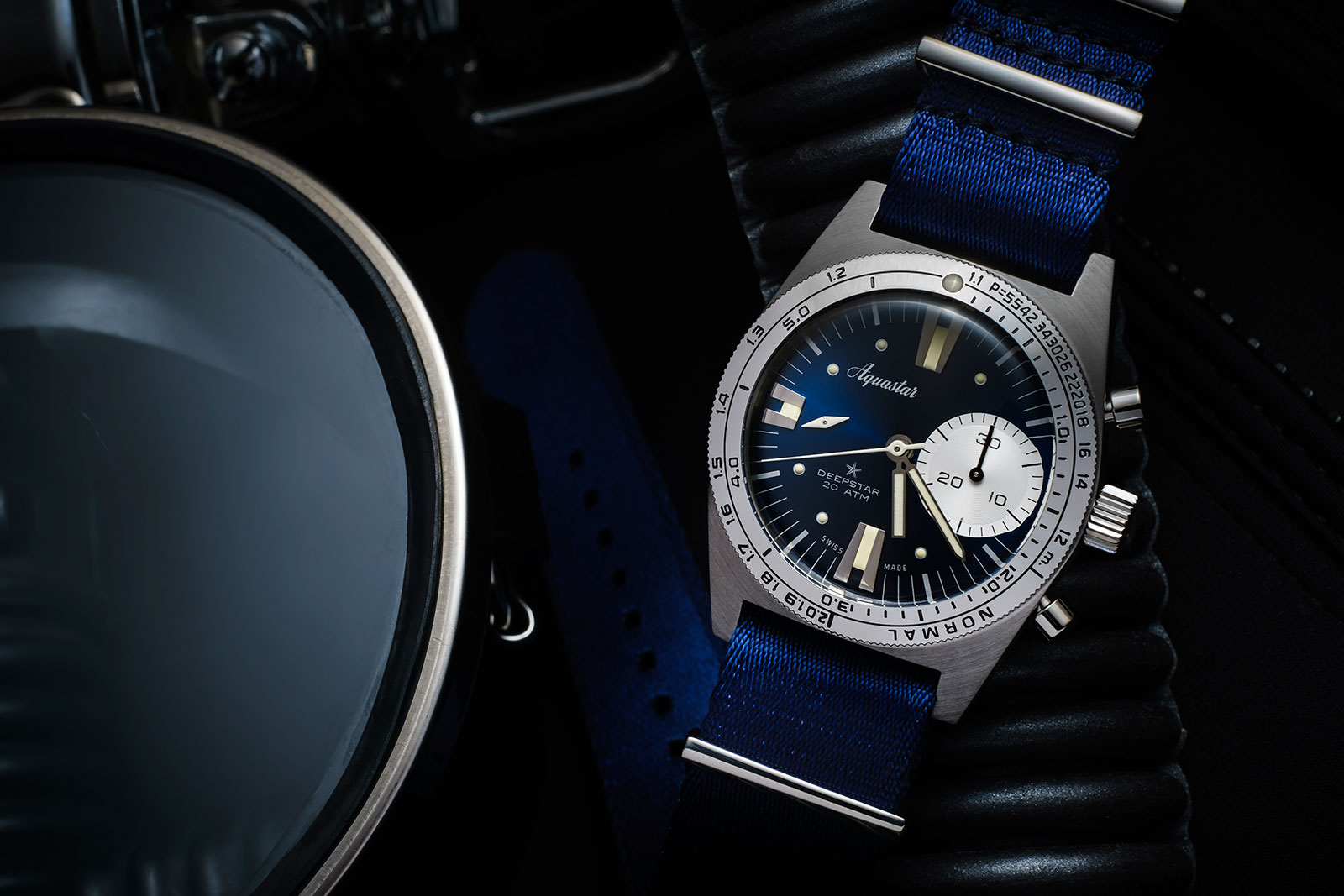 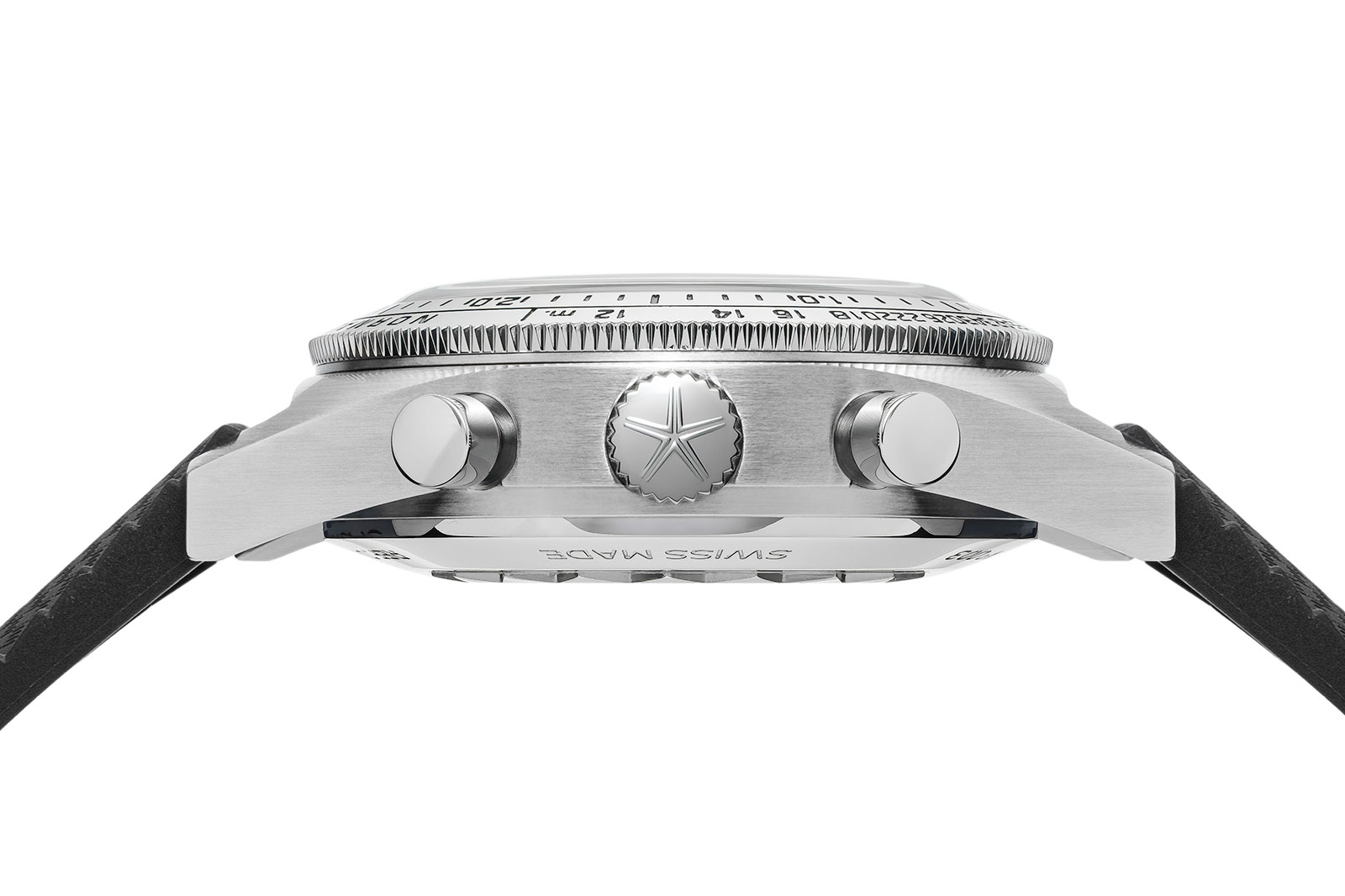 The components that make up the watch are made by suppliers in Switzerland and Germany. Most prominently, the movement is a LJP82010 from La Joux-Perret, the complications specialist best known for its chronograph calibres based on the Valjoux 7750. The LJP82010 is indeed based on the 7750, but upgraded to operate with a column wheel. 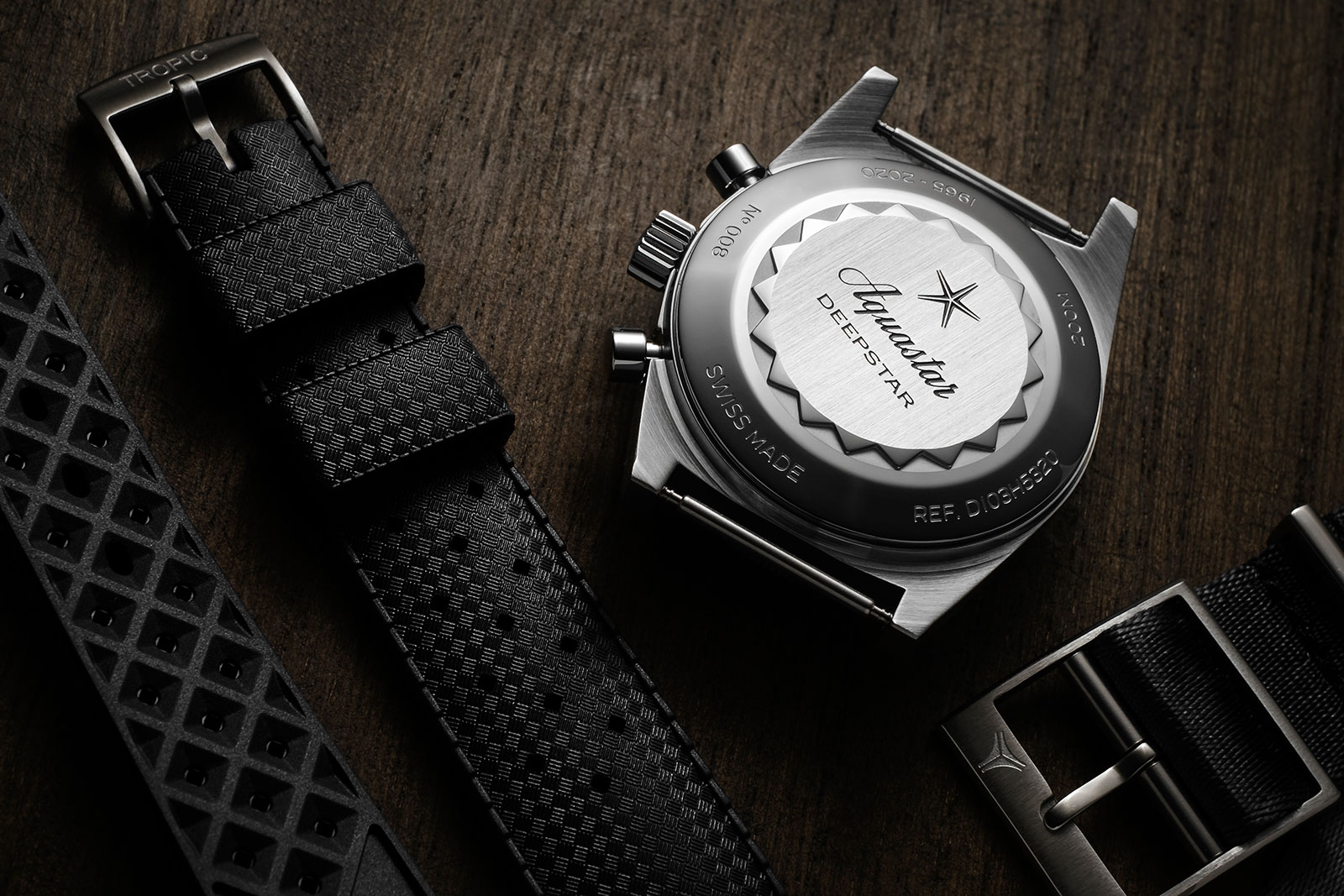