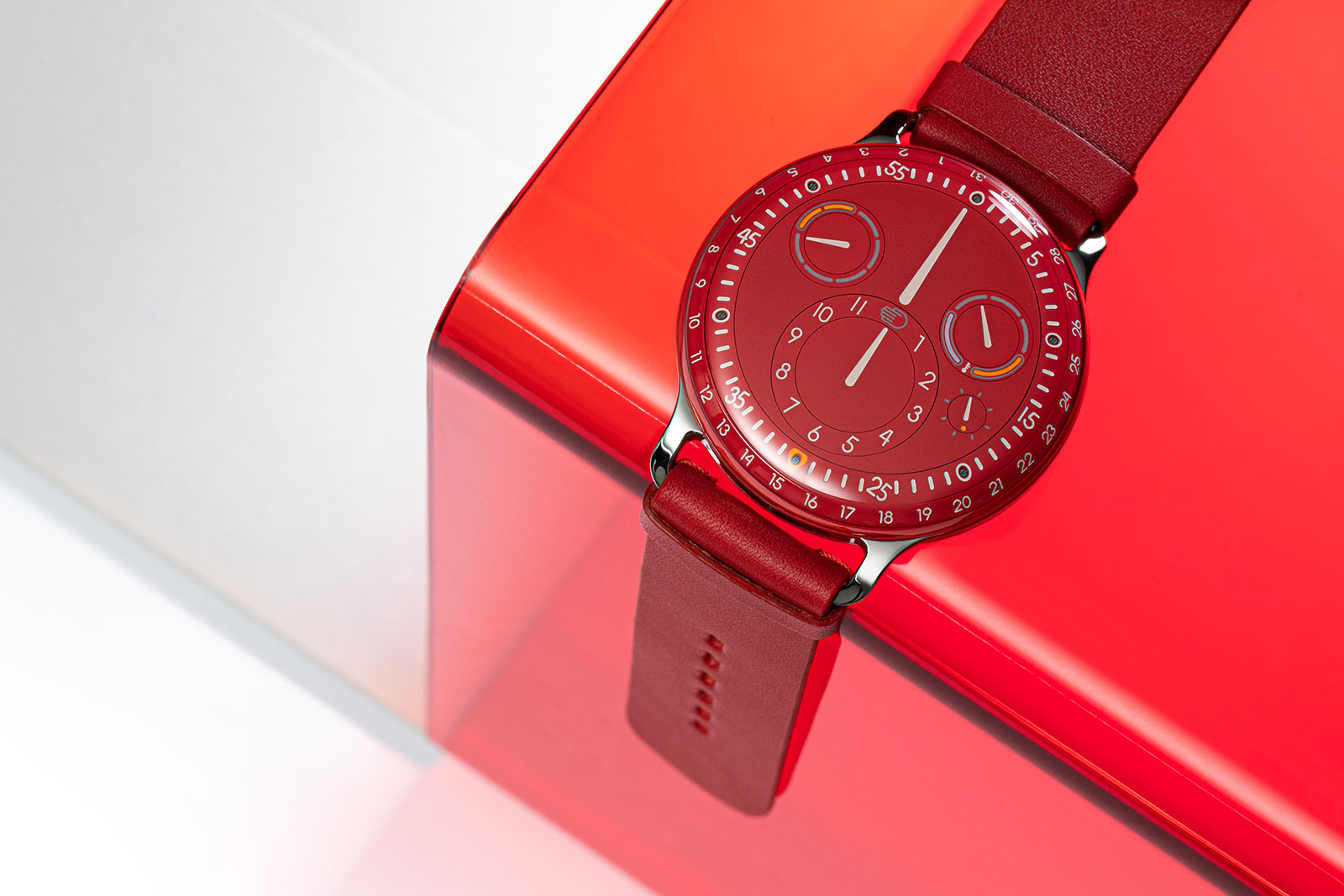 Just months after a one-off Ressence was sold at auction to benefit the medical research department of a Belgian university, the brand has announced another philanthropic wristwatch, this time in association with Art in Time, a watch retailer in Monaco owned by Chopard.

A unique piece Type 3MC is remarkably red – the primary colour of the Monegasque flag – elevating the sleek, contemporary style of Ressence to a striking new level.

With part of the proceeds going to the Prince Albert II of Monaco Foundation, a charity dedicated to ecological and social issues, the Type 3MC is a departure from the usually low-key look of the brand, as seen on the recent olive green Type 1 for instance. The red makes the rest of the dial less obvious, but there are other, more subtle colours, including the off-white markings and hands as well as orange and pale blue.

Already an extremely impressive watch in design, concept, and execution, the Type 3MC will appeal to anyone who finds the standard versions too plain. And the fact that is a unique piece to benefit a good cause helps in accepting the price, which is steep, not to the the point of being exorbitant, but steep nonetheless. 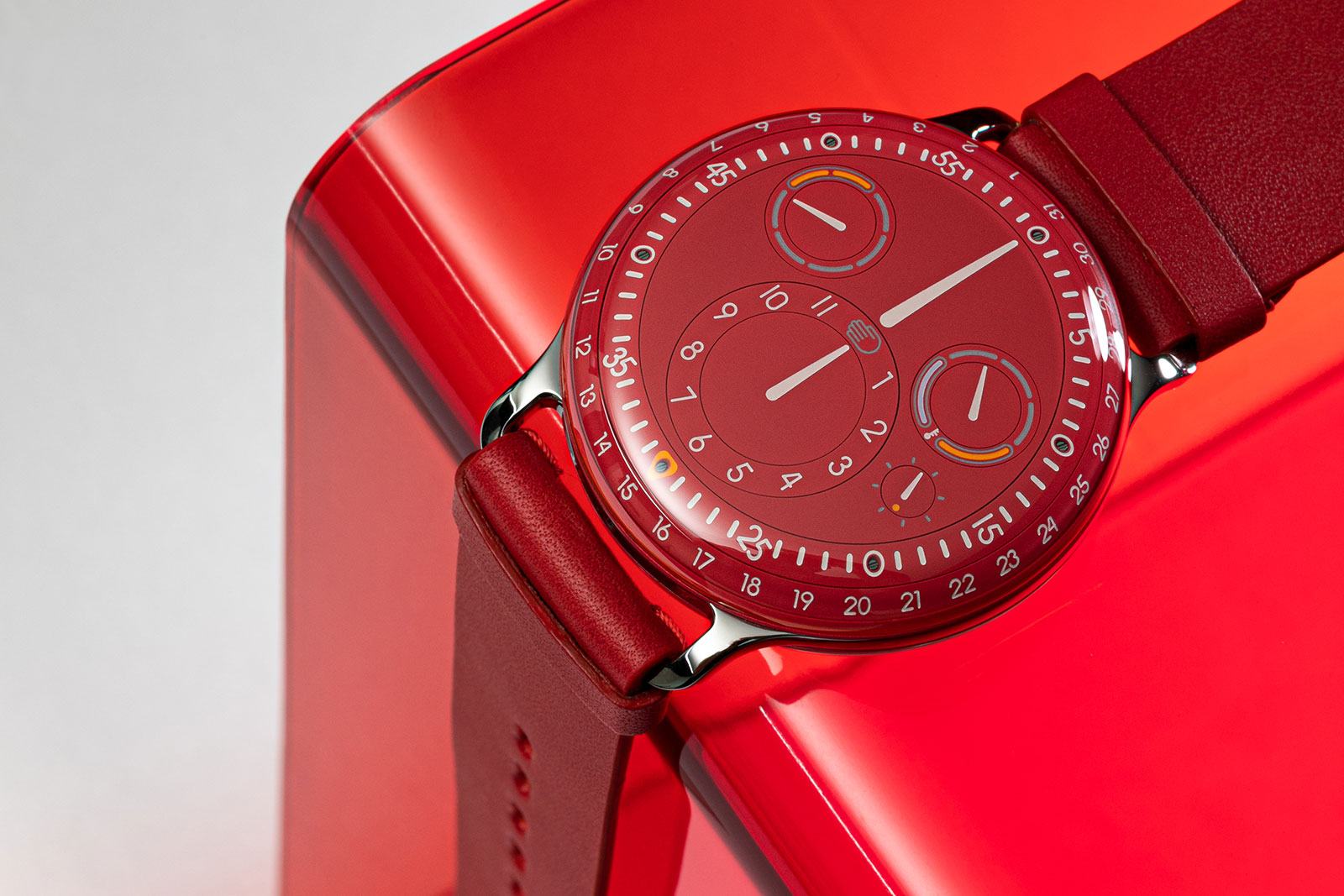 Colours aside, the Type 3MC has all of the standard Ressence tech, including a dial capsule filled with oil that refracts light, resulting in the optical illusion that of the dial being printed on the underside of the crystal.

The oil also serves as a lubricant for the time-display mechanism, which is a module. The movement is made up of two discrete sections, an upper display module filled with oil, and below the conventional base movement, which is an ETA 2824.

Most intriguingly, there is no physical connection between the two sections. Instead, the central axle of the ETA 2824 is attached to a magnet that drives the time-display module via magnetic attraction. 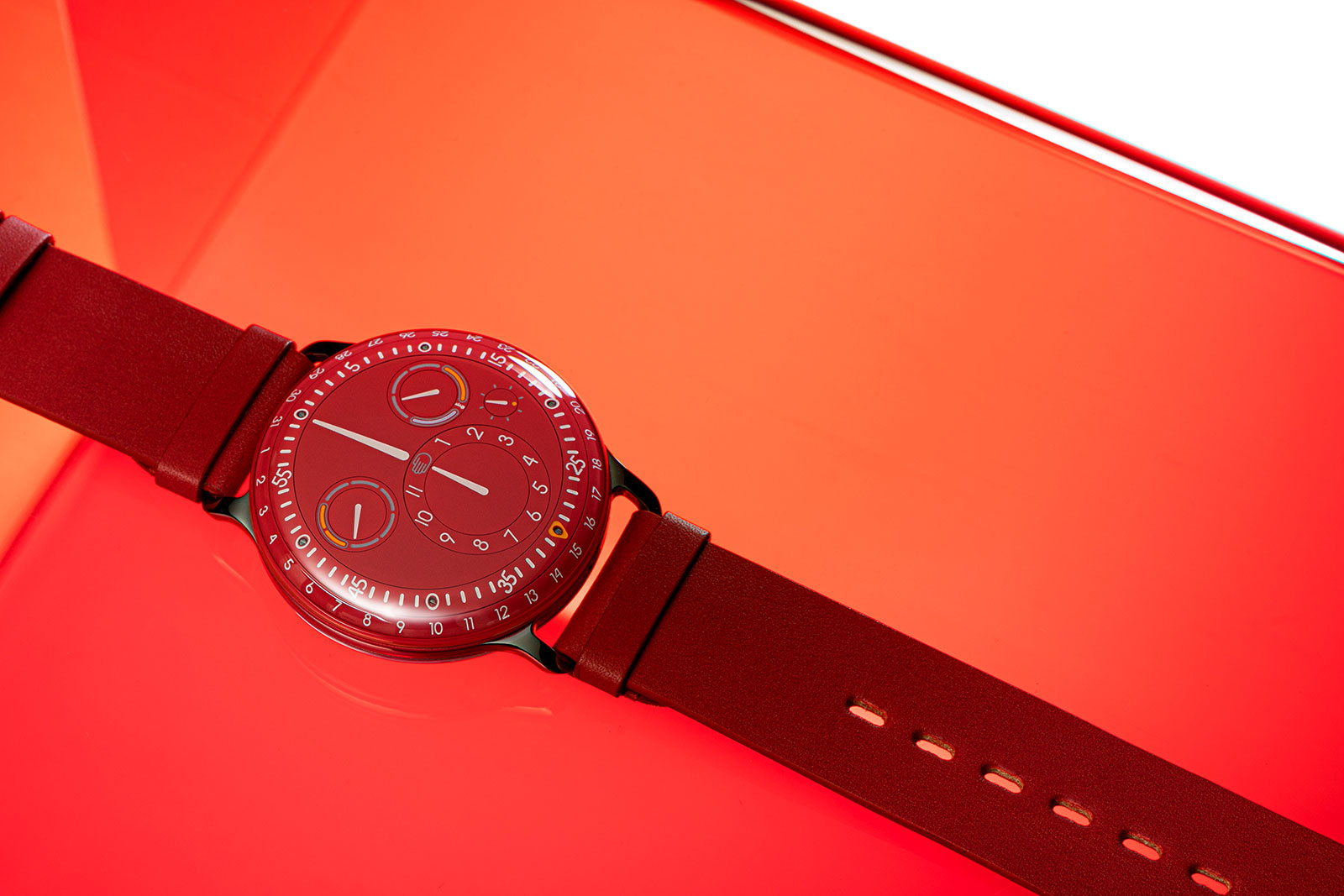 Beyond the novel display, some of the information on the dial is also unusual. 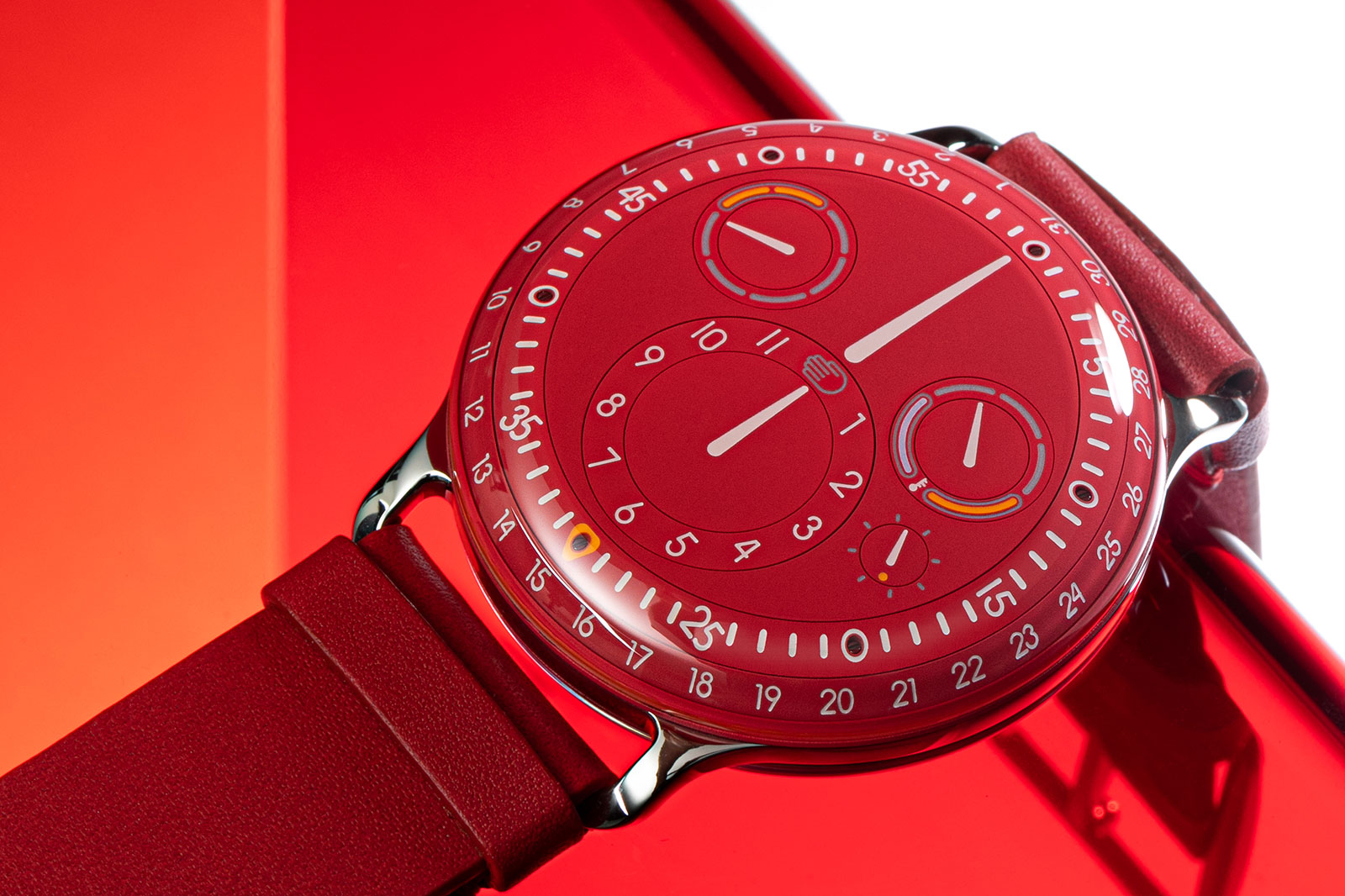 Oil temperature at two o’clock, and seconds at four

Also different from the norm is the seconds, which is a 360 second indicator, instead of the conventional 60 seconds, and primarily functions as an indicator that the watch is running.