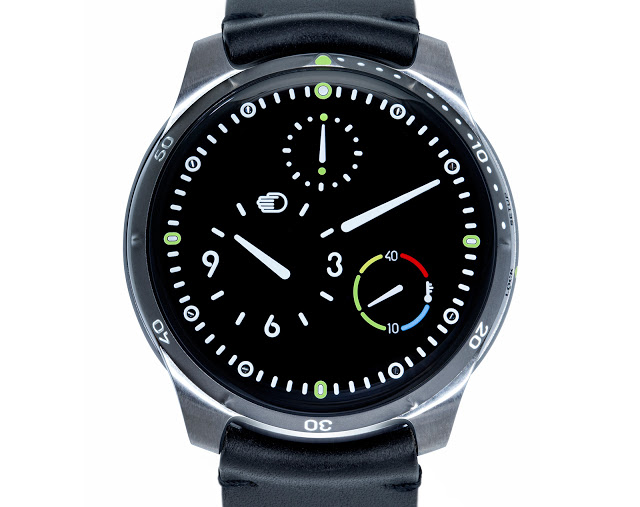 The optical effect of the oil is what makes the Type 5 useful underwater, since the time display appears to be flat against the crystal, seemingly printed on its underside. That means there is no distortion underwater, with the time visible from any angle. Colder temperatures underwater will cause the oil inside the display module to contract, but that has no effect on the time display thanks to seven small bellows that compensate for any temperature-driven change in volume of the oil. Though the case is similar in style to earlier Ressence models, the Type 5 case is entirely new. To start with it’s larger, measuring 46 mm in diameter, with a height of 15.5 mm, making it significantly larger than existing models. Much of the wider diameter is accounted for by the unidirectional elapsed time bezel, a typical feature of a dive watch.

And because the watch lacks a crown – setting and winding is accomplished by turning the case back – the case has less joints to seal, improving water resistance. Ressence also points out that the oil-filled capsule is incompressible, boosting its pressure resistance, but that’s not especially relevant since the movement module below is still filled with air. The Type 5 is priced at €26,250 before taxes. That’s equivalent to US$28,500.