Cartier’s simple, unchanging designs are unique in watchmaking, despite being made up of classical elements like Breguet hands and Roman numerals. In fact, the Cartier can be distilled into a few key elements iterated across different case forms, which together make up a family of distinctive designs.

My favourite Cartier design has long been the Tank Asymetrique – which Cartier just reissued this year – but it is not an especially ergonomic watch due to the case shape and the fact that the crown sits fairly low such that it touches the wrist.

Though known as a Tank today, the Asymetrique is not strictly a Tank, since the vintage originals were a distinct model sometimes known as the Parallélogramme. The Tank Cintrée, on the other hand, is an eminently wearable watch that is wonderfully elegant on the wrist. It just wears well.

And the Cintrée is also an important design. Though it was not the first Tank design, the Cintrée – the word is French for “curved” – is perhaps the quintessential case shape. And partly for those reasons, it is arguable the most desirable, going by the six-figure results at auction for vintage specimens.

In short, I like the Tank Cintrée, and that was the starting point for the special-order Tank Cintrée “Eminence Grise”. 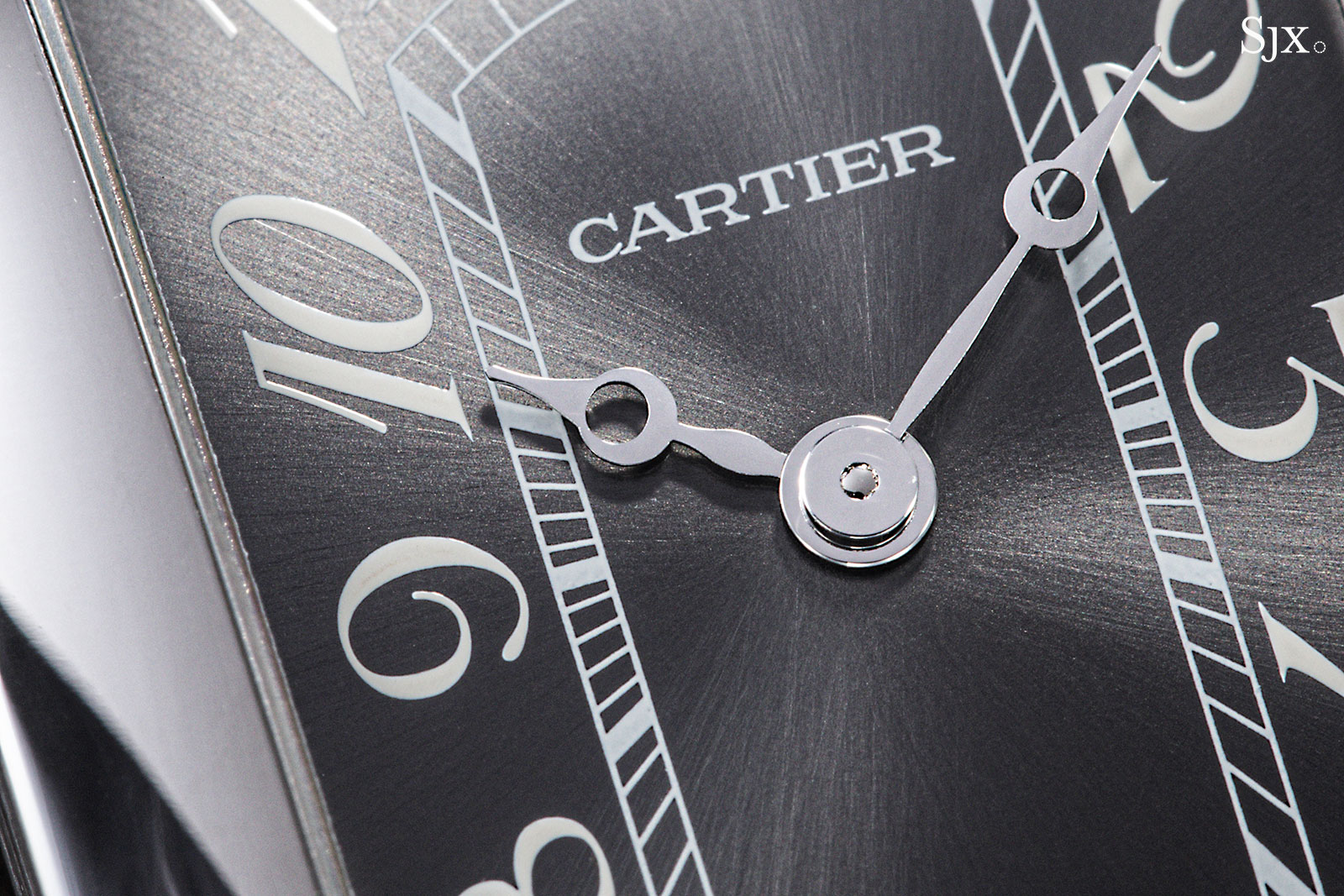 The Eminence Grise was my third special-dial Cartier. The first was also a Tank Cintrée, but with an unconventional dial. Consequently, I wanted something more traditional for the third watch, but also one that was in the brand’s traditional style.

Some of the more obvious ideas were immediately ruled out. Attractive as it is, I didn’t want a salmon or copper dial, since it has been done to the point of being passé. Neither did I want to repeat a silver dial with blue markings. I experimented with several colours on Photoshop, and Cartier also created a few mockups. The one that stood out was a grey dial.

Credit for the colour goes to John Goldberger, who suggested grey when I discussed a few ideas with him. His eye for detail and depth of interest make it presumptuous for me to call him a friend, but he has extremely generous with his knowledge and I am grateful. 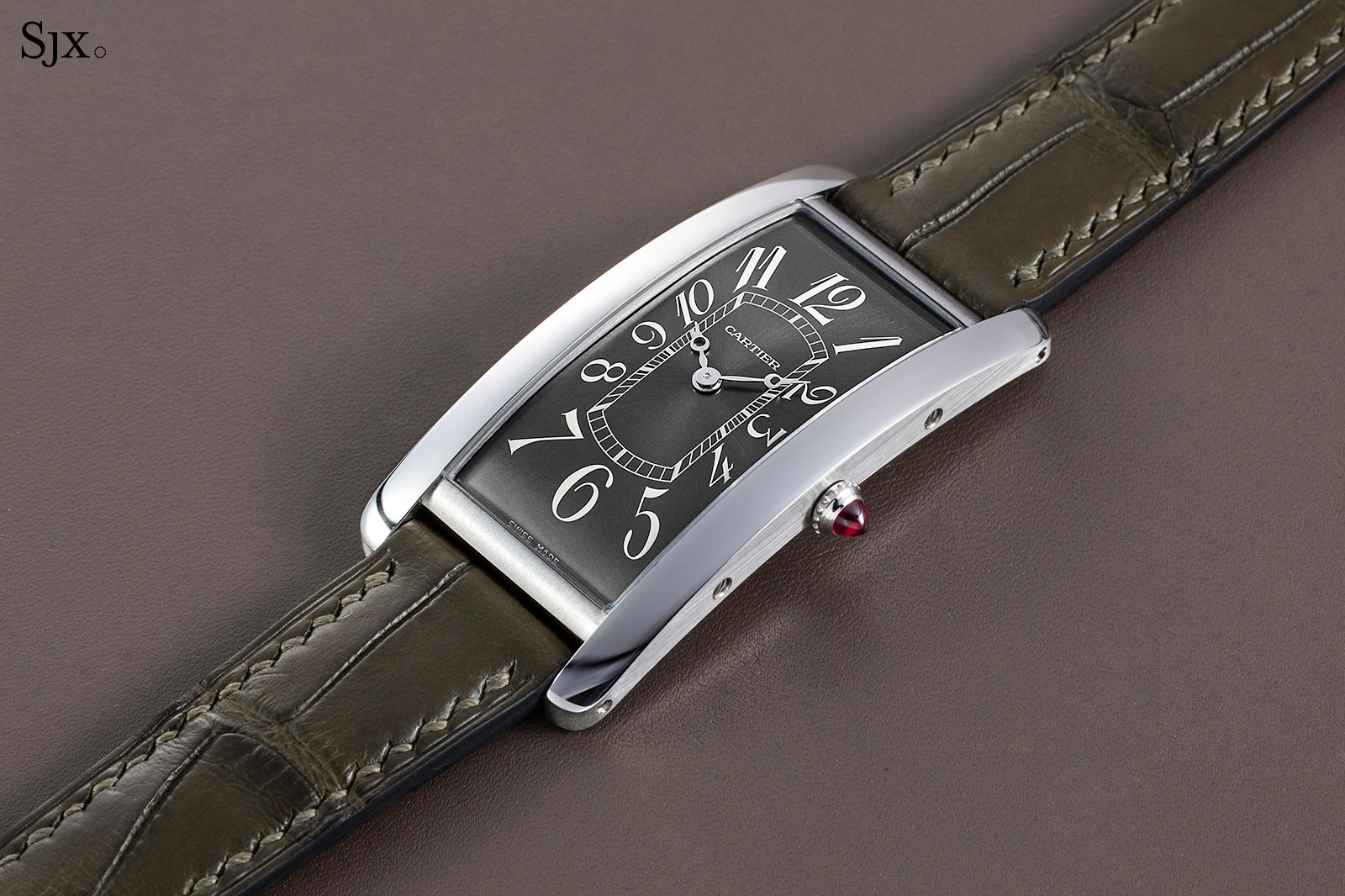 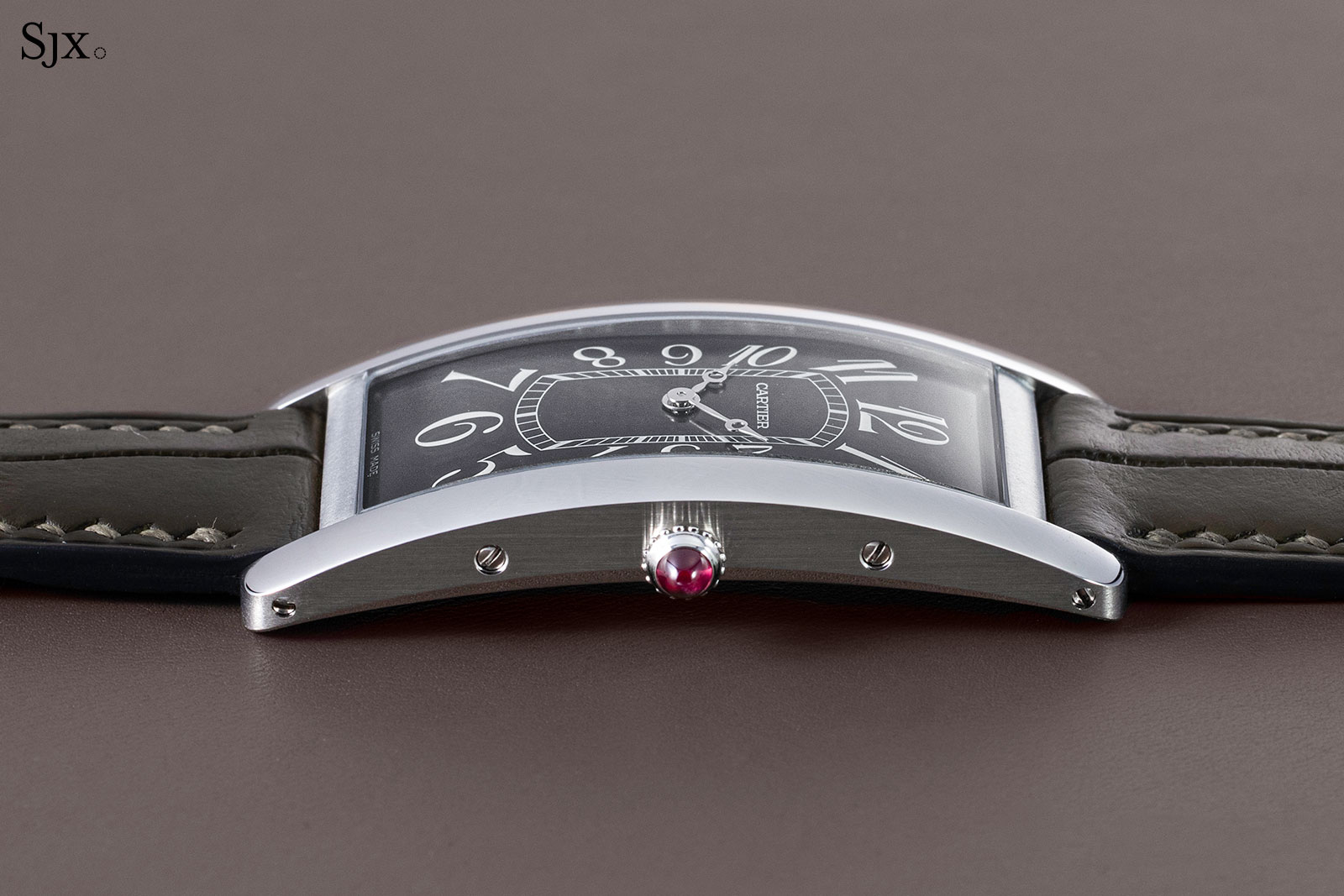 With a colour in mind, the rest of the dial had to be pinned down. The first step was the dial design – the obvious candidates were the dial found on the 2018 model and the earlier version with Arabic numerals. Here the choice was clear, as was the need for Breguet, or pomme, hands.

And then came the colours, both for the dial and the markings. Mr Goldberger’s suggestion was a grey that resembled a slightly faded black dial, and at the same time I wanted something that would only reveal its colour up close. 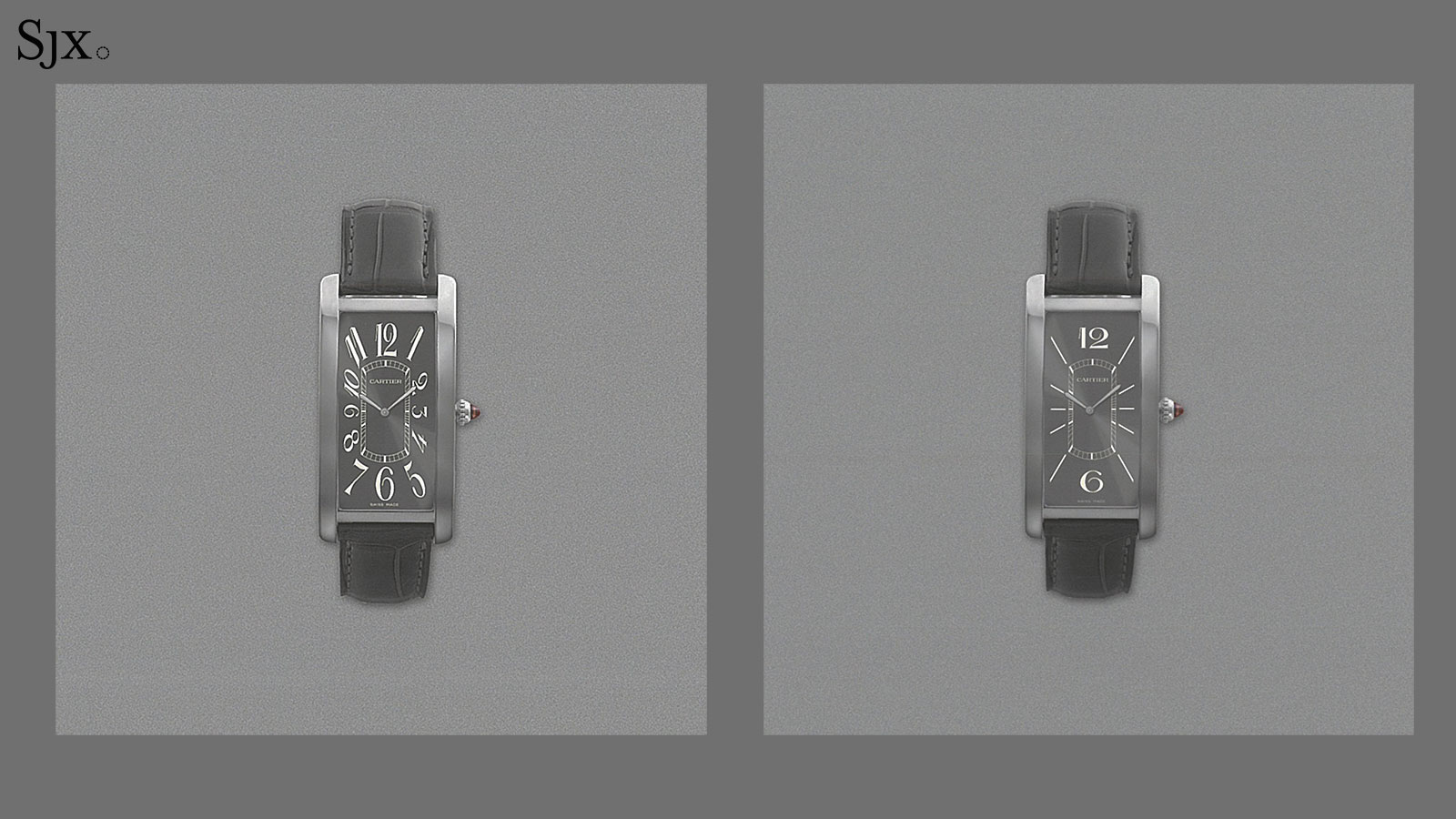 Two of the initial renderings for the design 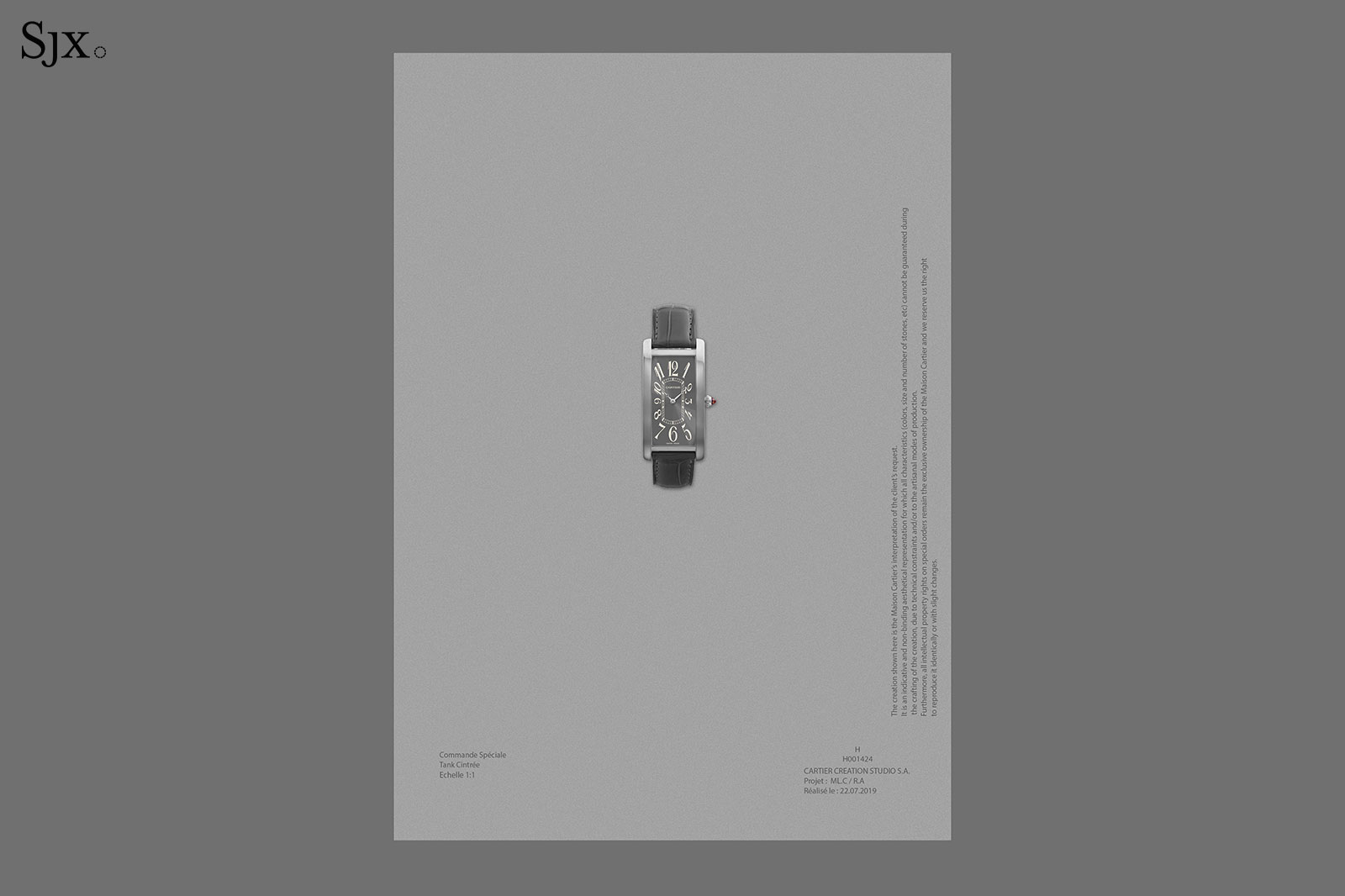 So the choice was a dark grey with a radially-brushed surface – a surprisingly unusual finish for the Tank Cintrée – instead of the usual fine graining or less common guilloche. The brushed finish allows the dial to catch the light, leaving the colour to range from a medium grey to near black.

Dial blanks with varying grey finishes created and sent over; one was just right. With that decided, the next task was the equally important numerals and markings. They had to be a gentle off-white, rather than a stark, bright white.

Another detail that needed to be determined was the stone on the crown. Though several options were available, I decided to go for a ruby cabochon, the standard fixture for platinum-case watches. 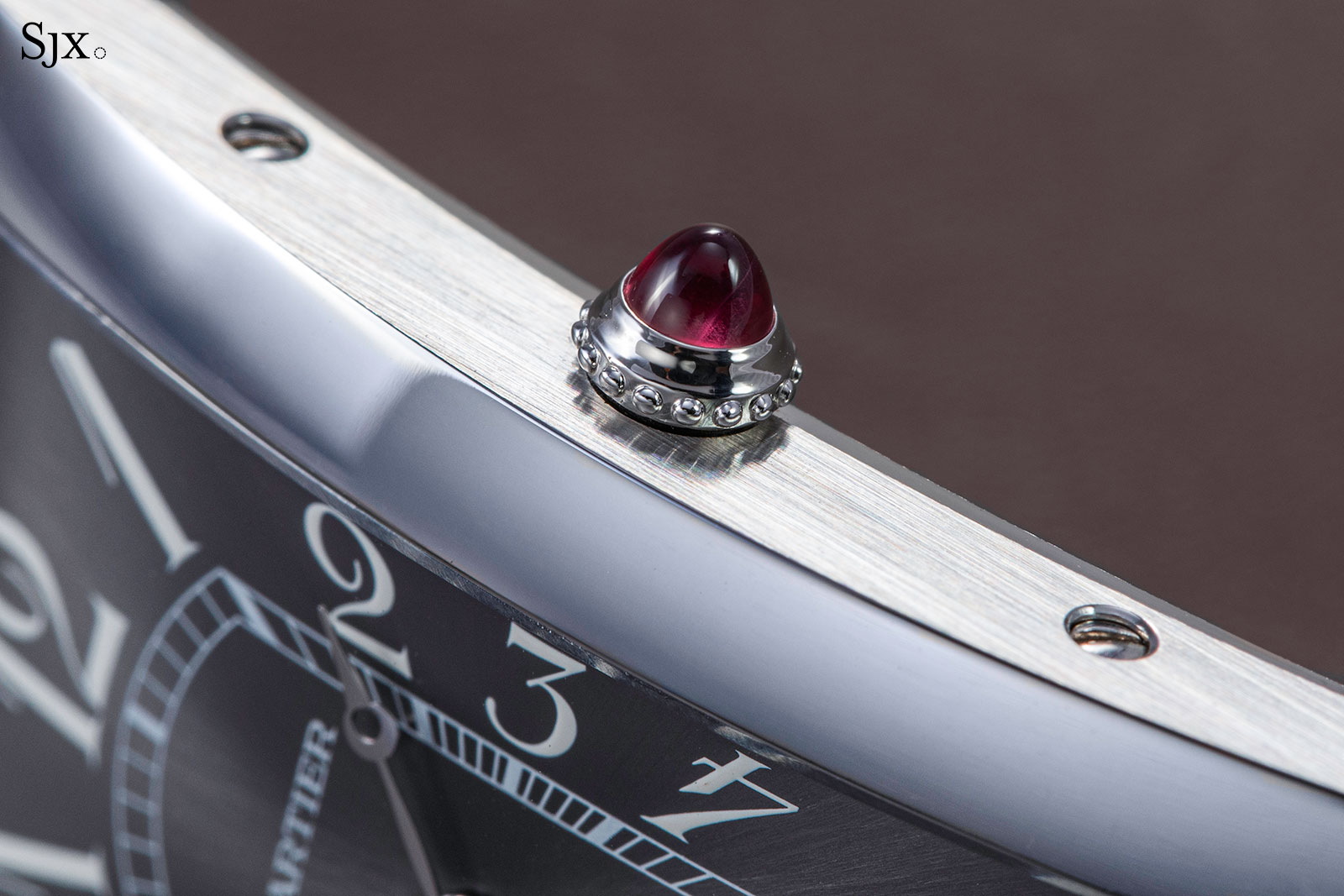 Then it was meant to be a few months for the finished watch, but the pandemic lengthened the wait. Eventually, about 15 months after the project was first mooted, the Tank Cintrée “Eminence Grise” arrived – and it was exactly what I had in mind.

Well, almost exactly, as the minute track is actually white and not in the same ivory colour as the numerals, but the two actually complement each other. That illustrates an intrinsic part of the process when it comes to custom watches – minor divergence from the vision is inevitable.

It was delivered with a standard grey strap that was acceptable, but I had always envisioned a dark olive colour for the strap, which meant a custom-made strap. With the strap done, the project was complete. 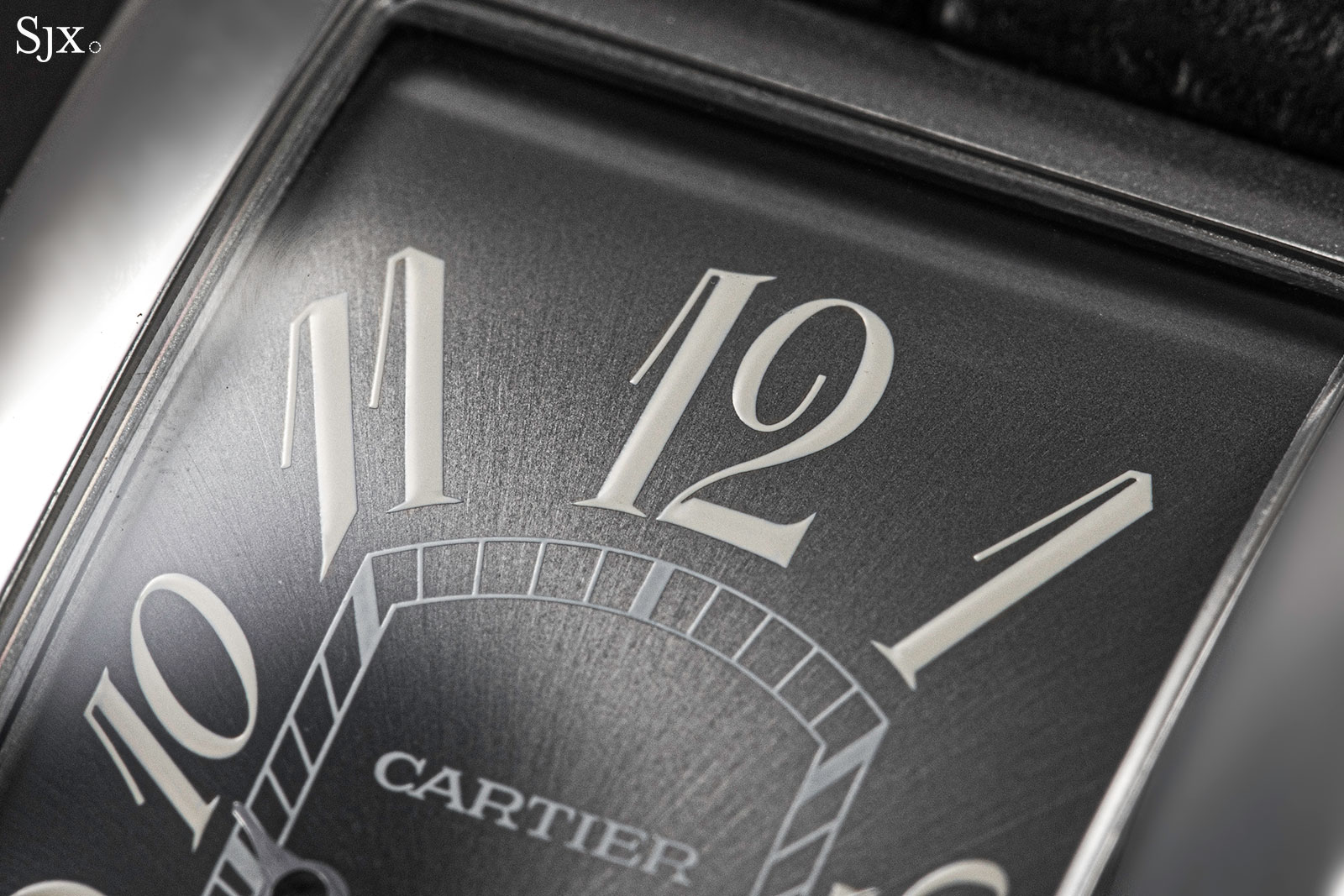 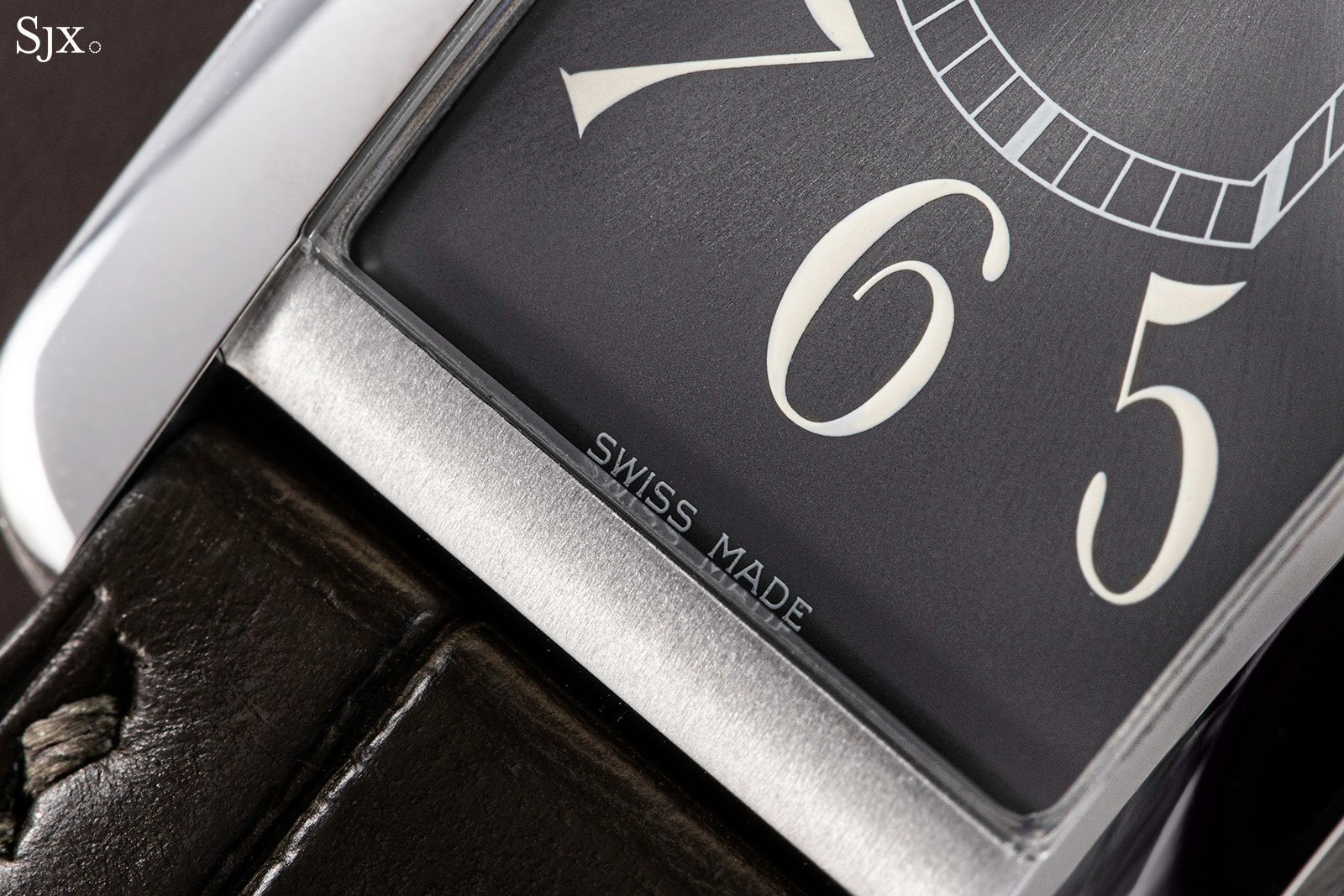 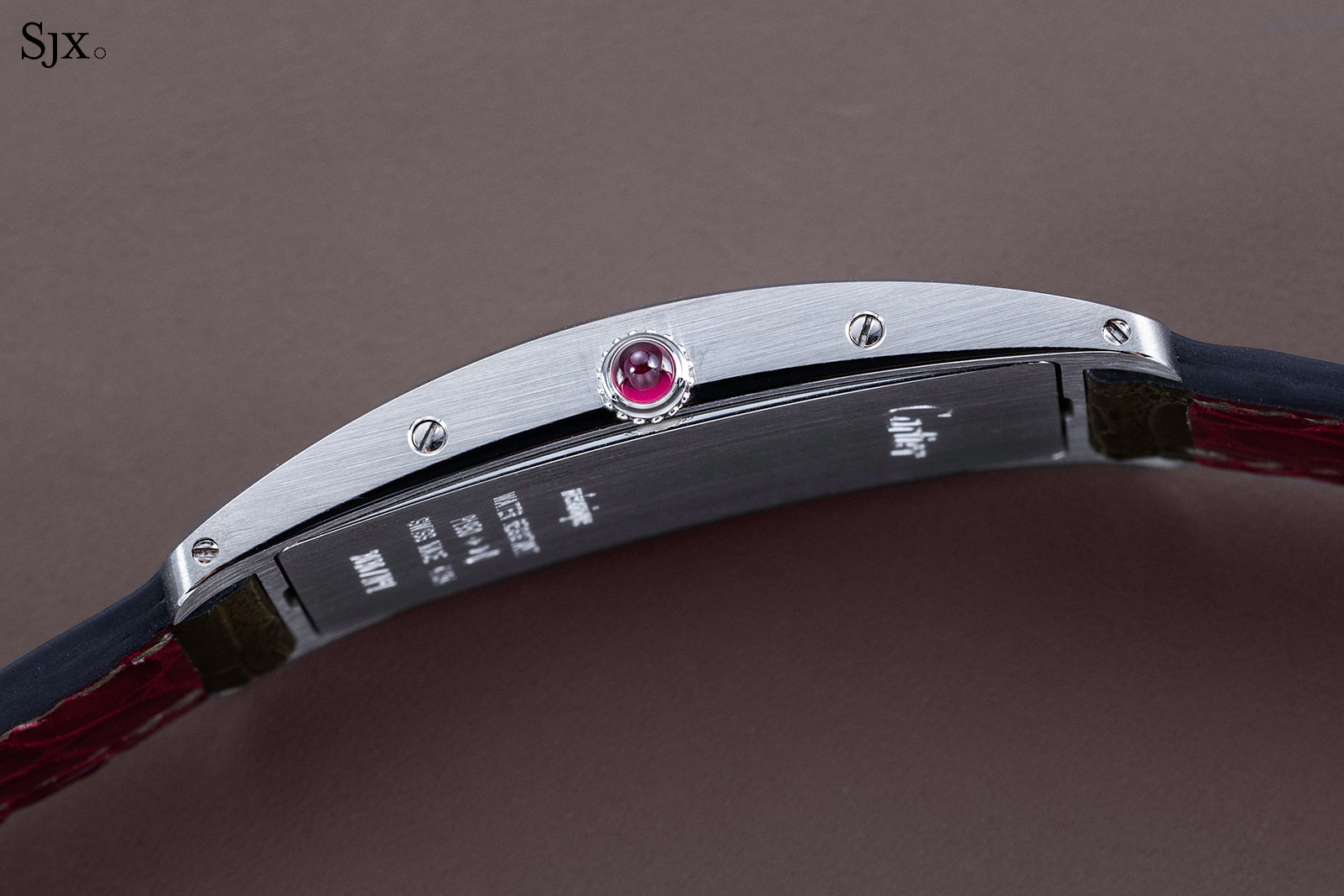 Although Cartier doesn’t make one-off watches as a matter of policy – such watches are simply labelled commande spéciale, or “special order” – the Eminence Grise is a unique piece, for now. It’s the only Tank Cintrée with a grey dial as far as I know. But a few friends like the idea as well, so a handful more will be produced. Even for someone well versed with the brand, the Eminence Grise is an unusual watch. At a distance the watch looks familiar yet very different. Cartier has made other Tank watches with grey dials, though the greys were all in a lighter shade, and usually paired with a guilloche surface. I am pleased with how it turned out.