Released in 2018, the Seiko Prospex Street Series is essentially a modern twist on the iconic Seiko “Tuna” dive watch, retaining the signature case design of the “Tuna”, but with the addition of more colours as well as affordable pricing. With colours inspired by an African safari, the new Prospex Street Series “Urban Safari” is a four-strong collection made up of two basic models, each inspired by famous historical models with nicknames – the automatic “Tuna” and analogue-digital “Arnie” .

Strong, monochromatic colours give the watches an eye-catching and sporty look. Add to that the matching silicone straps and the result is something that goes well with streetwear, fulfilling the purpose of the collection.

The khaki versions are very much safari in theme, but the others are more reminiscent of the concrete jungle. But regardless of model, the fundamentals of the watch are very much Seiko’s strength – casual, sporty design and very accessible pricing.

Historically a feature found on Seiko’s top-of-the-line dive watches, the shrouded case features prominently in Seiko’s current line-up collection, with the most recent addition being the historical remake of the ref. 6159-7010 of 1975 that’s part of the Diver’s Watch 55th Anniversary Trilogy.

The “Tuna” inspiration of the Urban Safari is immediately evident from the protective shroud around the case, giving the watch a resemblance to a tuna can. Though the Urban Safari cases resemble the “Tuna”, they are noticeably scaled down and simplified to cater for everyday wear and no doubt also a lower price. 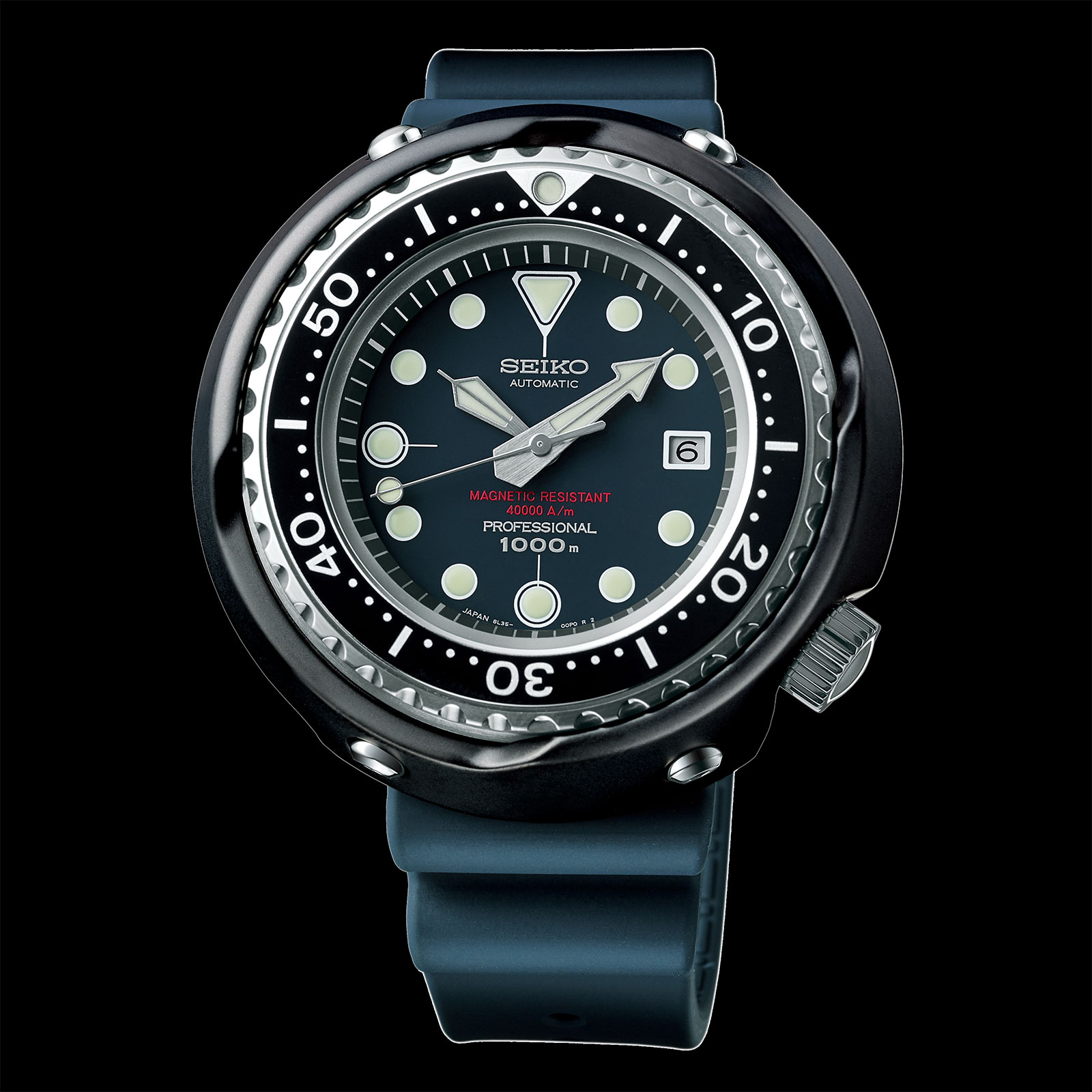 The “Tuna” remake in the 55th Anniversary Trilogy

A more lively version of the vintage “Tuna” diver, the Urban Safari automatics are definitely the more traditional ones of the two, with a four o’clock crown like most Seiko dive watches.

The Urban Safari automatic is rated to 200 m, and measures 43.22 mm in diameter and 12.67 mm in height, giving it a compact tuna-can profile.

The solar-powered Urban Safari on the other hand, is based on the “Arnie”, the ref. H558-5009 from 1982. Characterised by a “Tuna” case as well as a hybrid “ana-digi” display, the watch famously worn by Arnold Schwarzenegger in many of his films of the period, including Predator and Running Man.

Availability: Scheduled for end May worldwide (not unavailable in the USA)
Price: €580

Availability: Scheduled for end May worldwide
Price: €530; or US$550