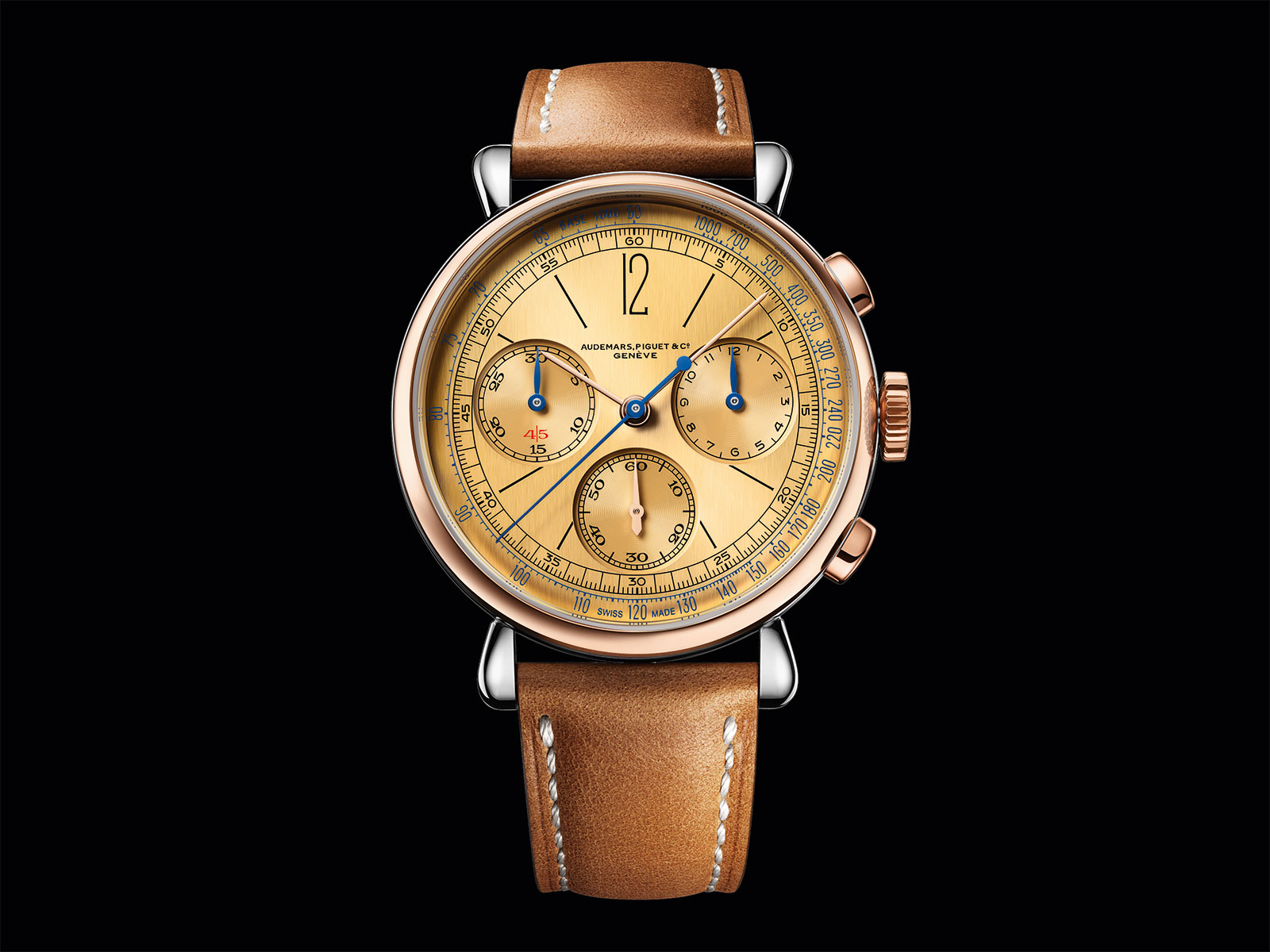 In 2015, an Audemars Piguet ref. 1533 sold for 305,000 Swiss francs, setting the record for a vintage AP chronograph at auction – which was then topped two years ago by another example of the same reference that sold for 384,500 Swiss francs.

An extra-large wristwatch with an unusual three-counter chronograph, instead of the two registers common at the time, the ref. 1533 was produced in the 1940s. Only nine were made, and three of the nine had two-tone, steel-and-gold cases, making them the rarest of variants. Unsurprisingly, both of the record-setting ref. 1533s were two-tone.

And now the two-tone ref. 1533 has now been “remastered” as the modern-sounding but appealingly vintage [Re]master01 Selfwinding Chronograph 40 mm, a limited edition of 500 watches to coincide with the new, spiral-shaped Audemars Piguet museum that’s scheduled to open around middle of the year. 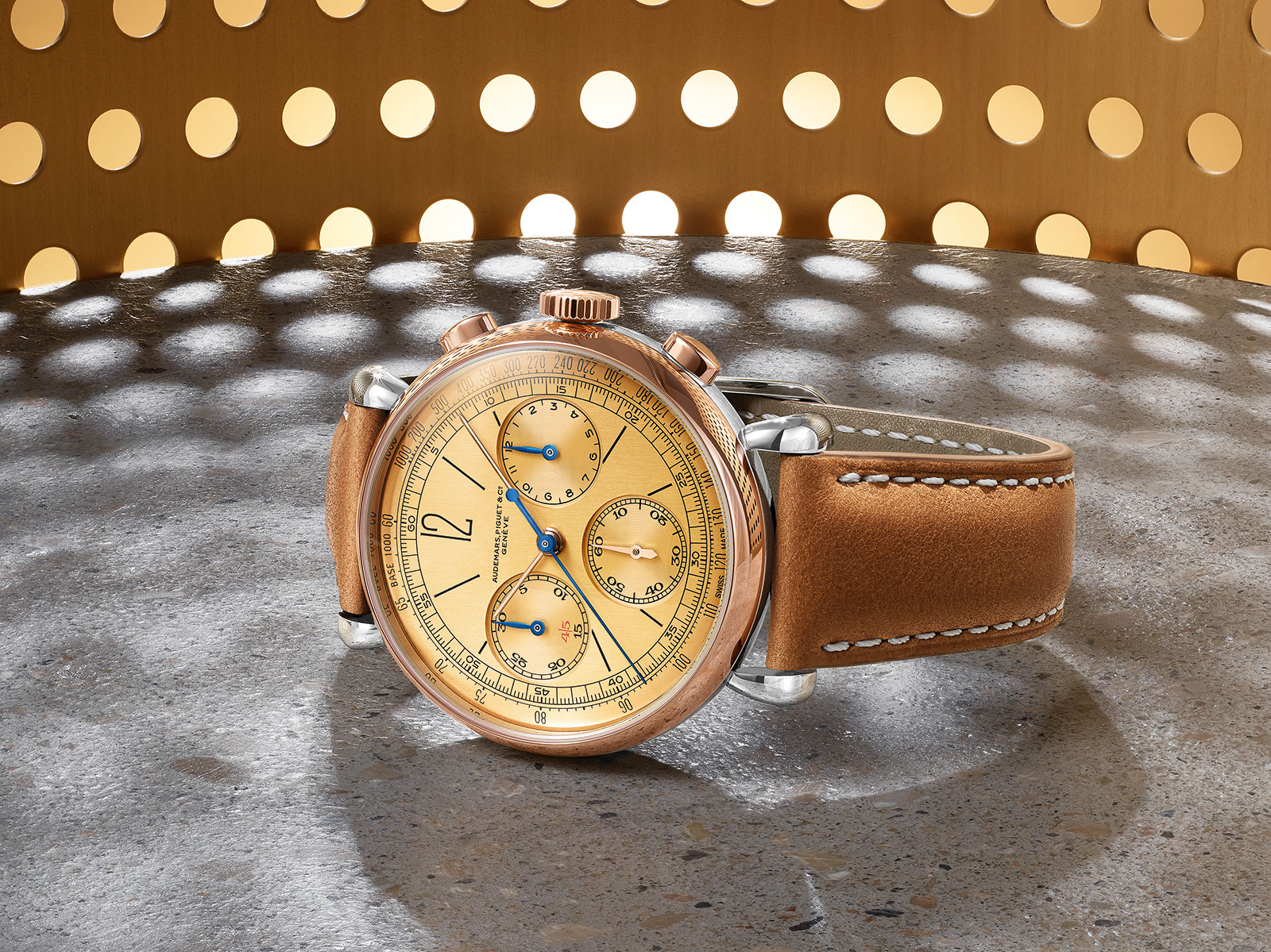 Looking very much like the ref. 1533, the [Re]master01 recreates all of the key elements of the original.

Characterised by large, teardrop lugs, the case is steel with its bezel, crown, and pushers in 18k pink gold. It’s 40 mm to accommodate the large, automatic cal. 4409 inside, but because the original was already 36.5 mm – enormous in the 1940s – the increased diameter still maintains the retro style. 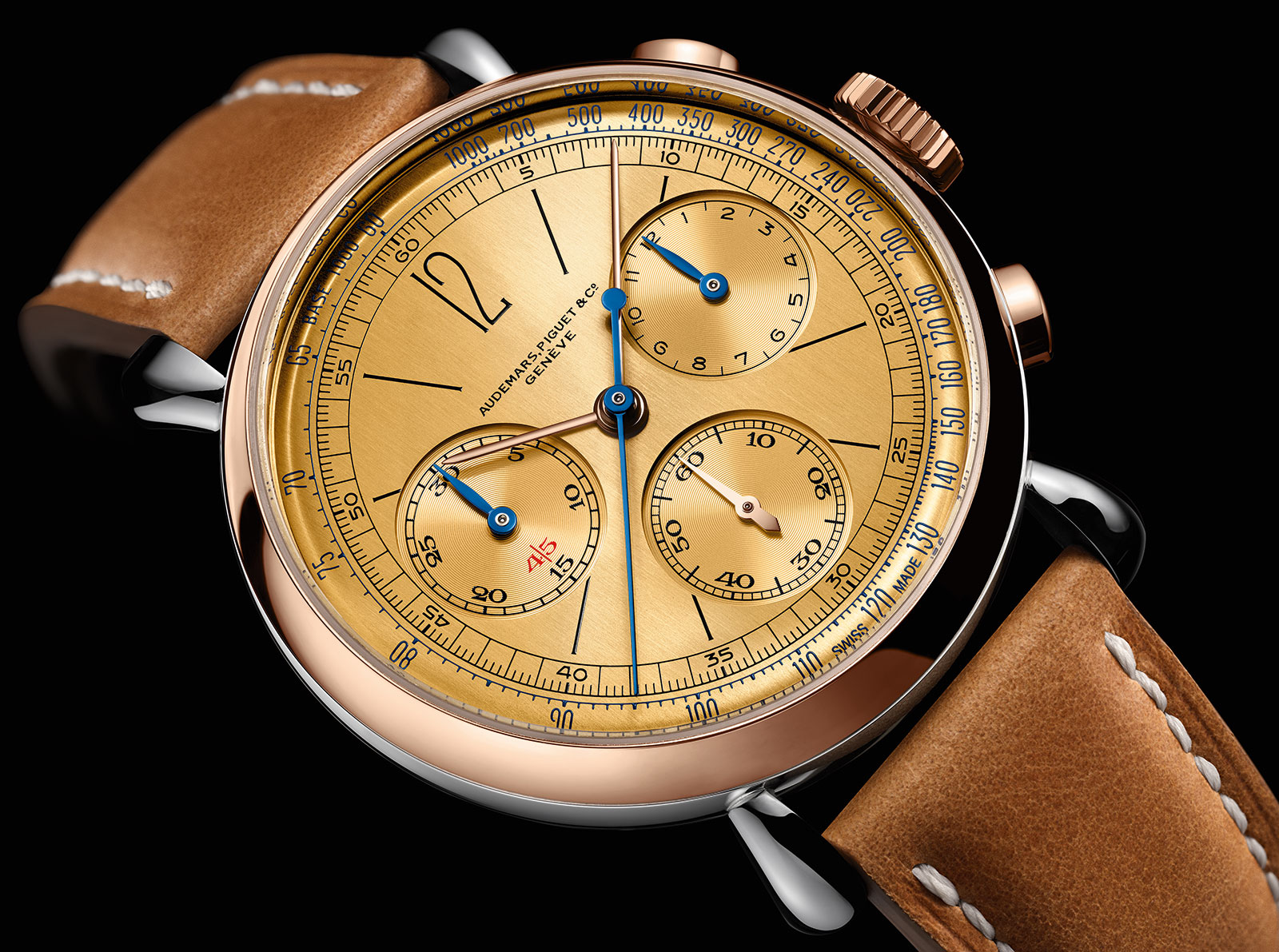 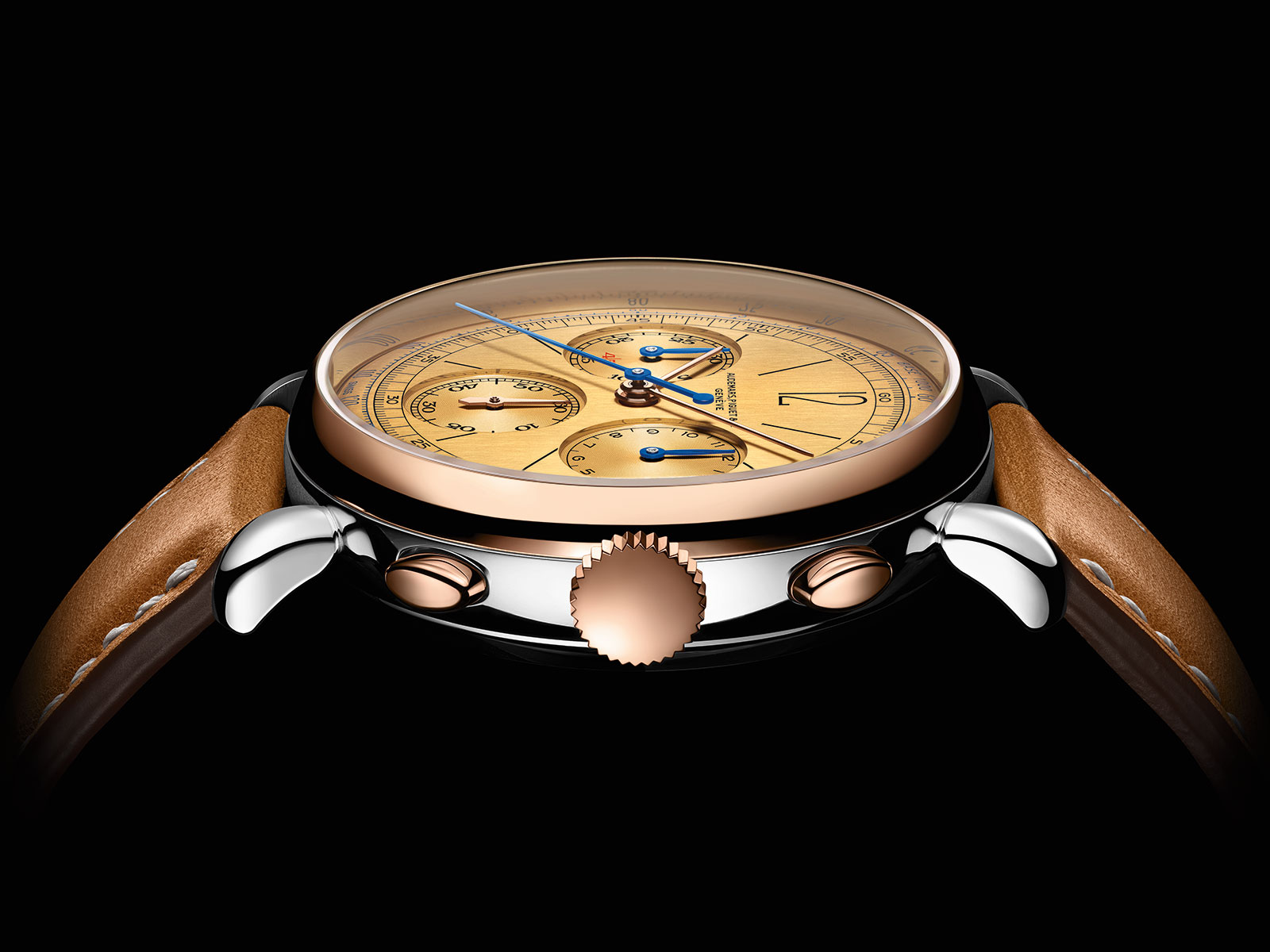 To match the gold accents, the dial has a gilt finish, which was unique amongst the vintage original – just one of the three two-tone ref. 1533s had a yellow gold-tone dial.

Because the cal. 4409 in the [Re]master01 has a different layout compared to the Valjoux 13VZAH in the original, the arrangement of the chronograph registers is different. But the crucial details of the originals have been retained, right down to the vintage logo that includes “Genève”, part of the company’s logo until its workshop in the city was closed in the 1970s.

And more novel feature of the original has also been translated into the [Re]master01 – the 30-minute chronograph counter also includes a red “45”, representing the half-time mark for a football match. It was a feature requested by Jacques-Louis Audemars (1910-2003), the firm’s chairman until 1975 who was also a great fan of the game, resulting in most of the brand’s mid-20th century chronograph having a “45” on the minute register. 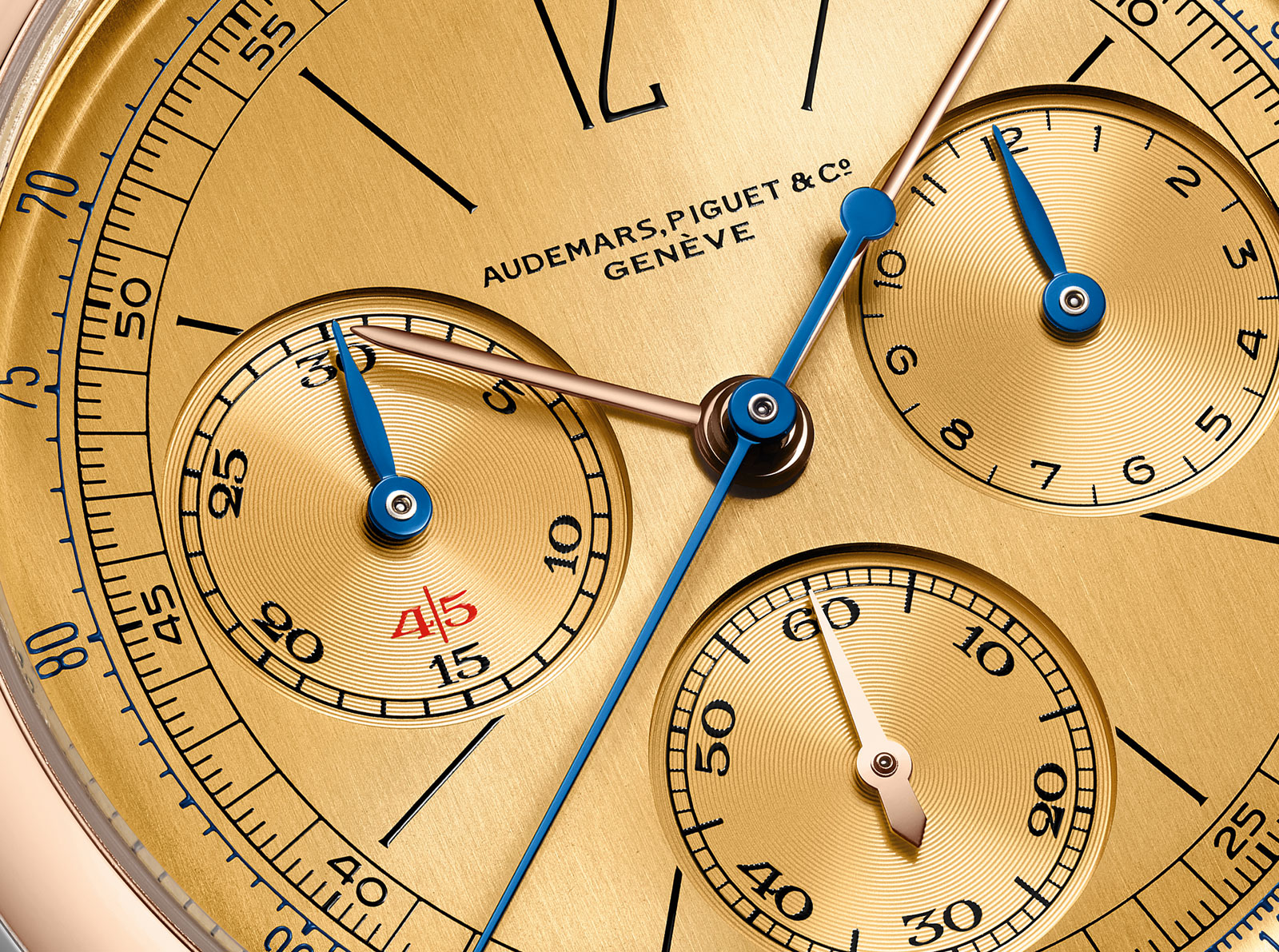 The cal. 4409 inside is an in-house movement from the same family of chronograph calibres first found in last year’s Code 11.59 chronograph. Equipped with the usual column wheel and vertical clutch common in modern, high-end chronographs, it’s a large, 32 mm movement with a longish, 70-hour power reserve.

The cal. 4409 also has a flyback mechanism, meaning the chronograph can be instantaneously reset, and restarted with a single push of the reset button. And unlike the similar movement Code 11.59, this version of the movement has no date display (thankfully). 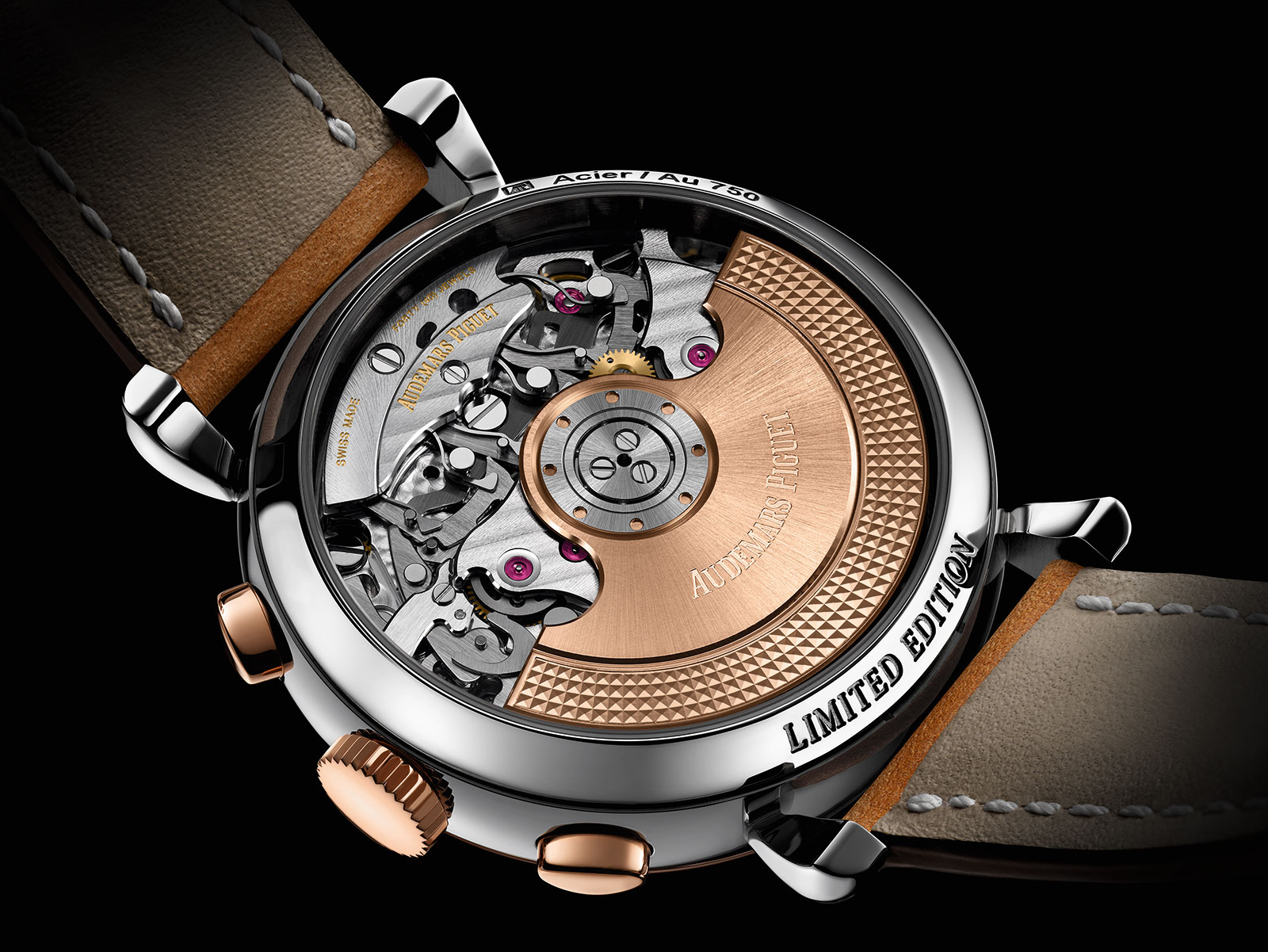 Though the movement is modern in style, the large, 22k pink gold rotor has been decorated with clous de Paris, or hobnail, guilloche executed the traditional way – engraved with a hand-operated rose engine. 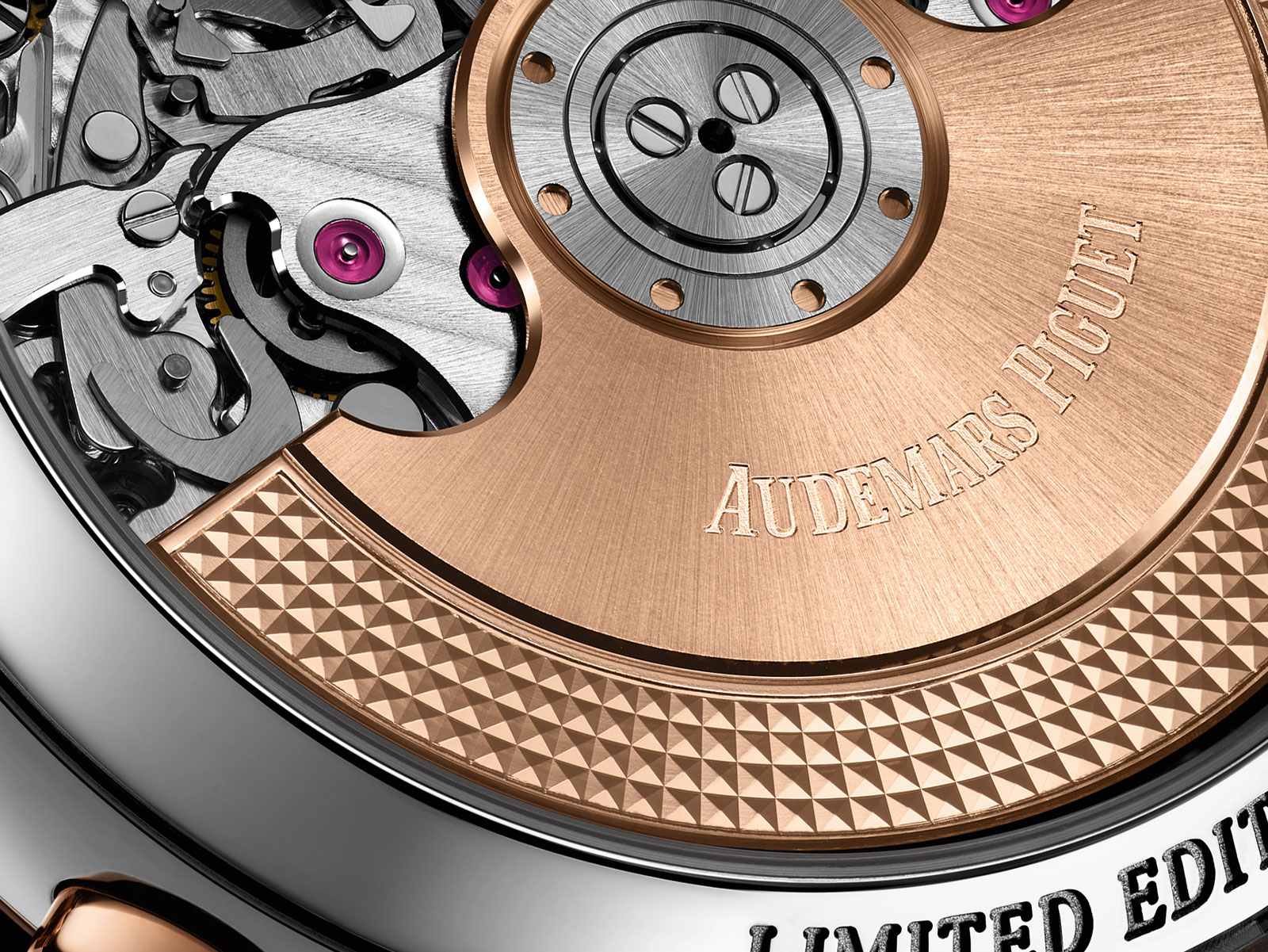 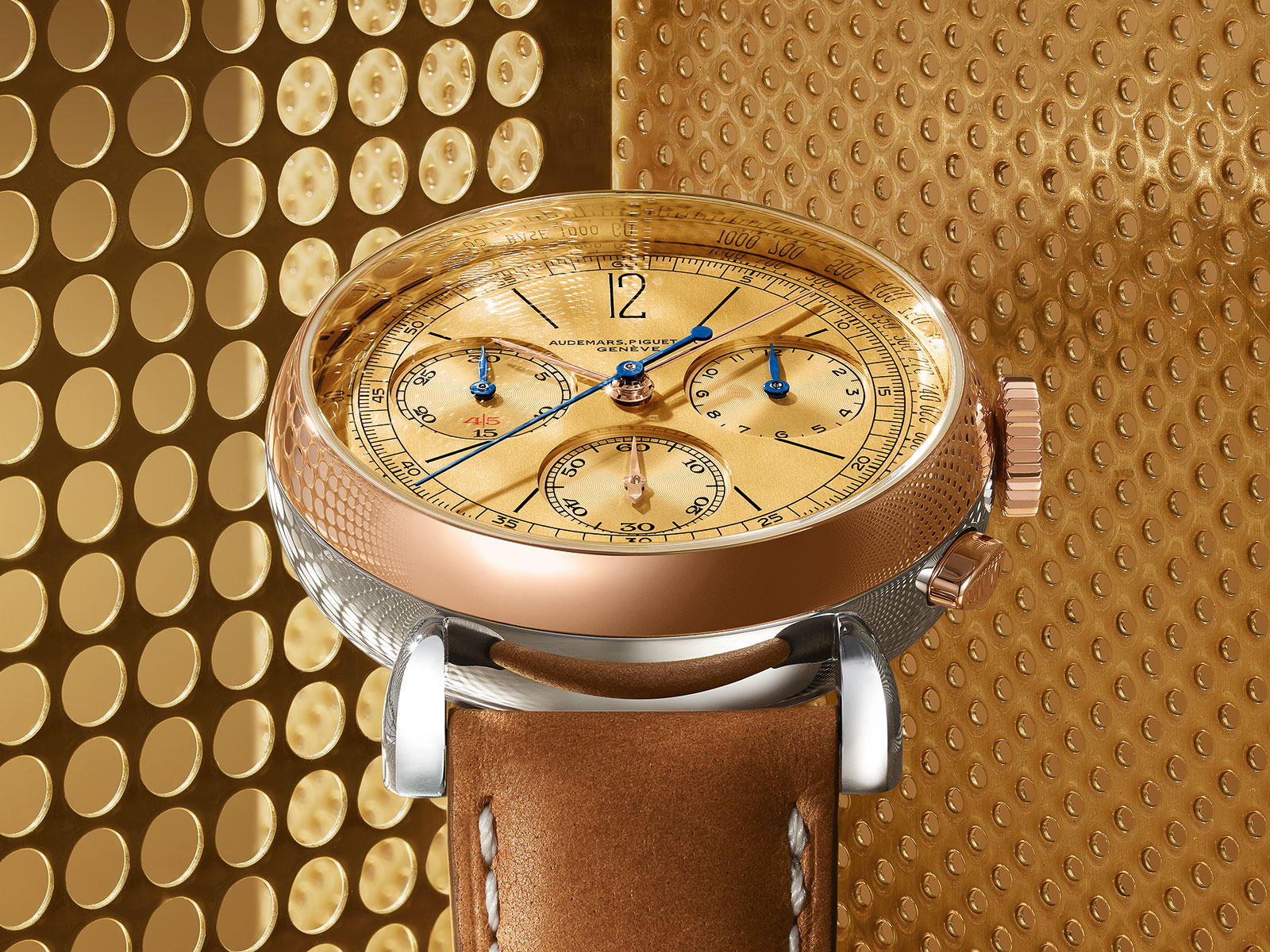