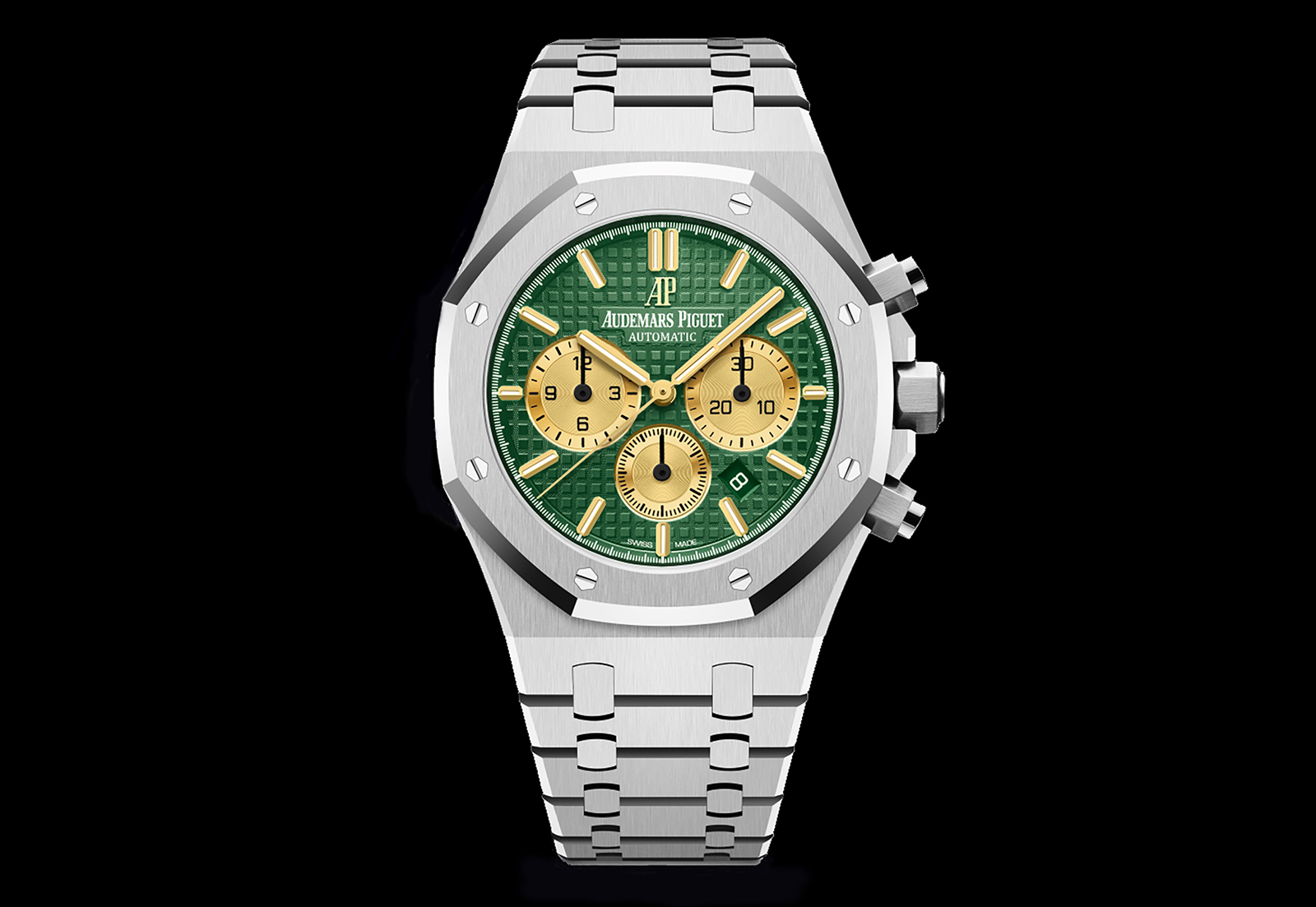 Singapore-based retailer The Hour Glass celebrates its 40th anniversary for a full year starting in mid 2019, with a slew of commemorative editions planned to mark the occasion.

The first of the limited editions announced is the Audemars Piguet Royal Oak Self-winding Chronograph The Hour Glass Commemorative Edition – a mouthful of a name but limited to just 20 watches. 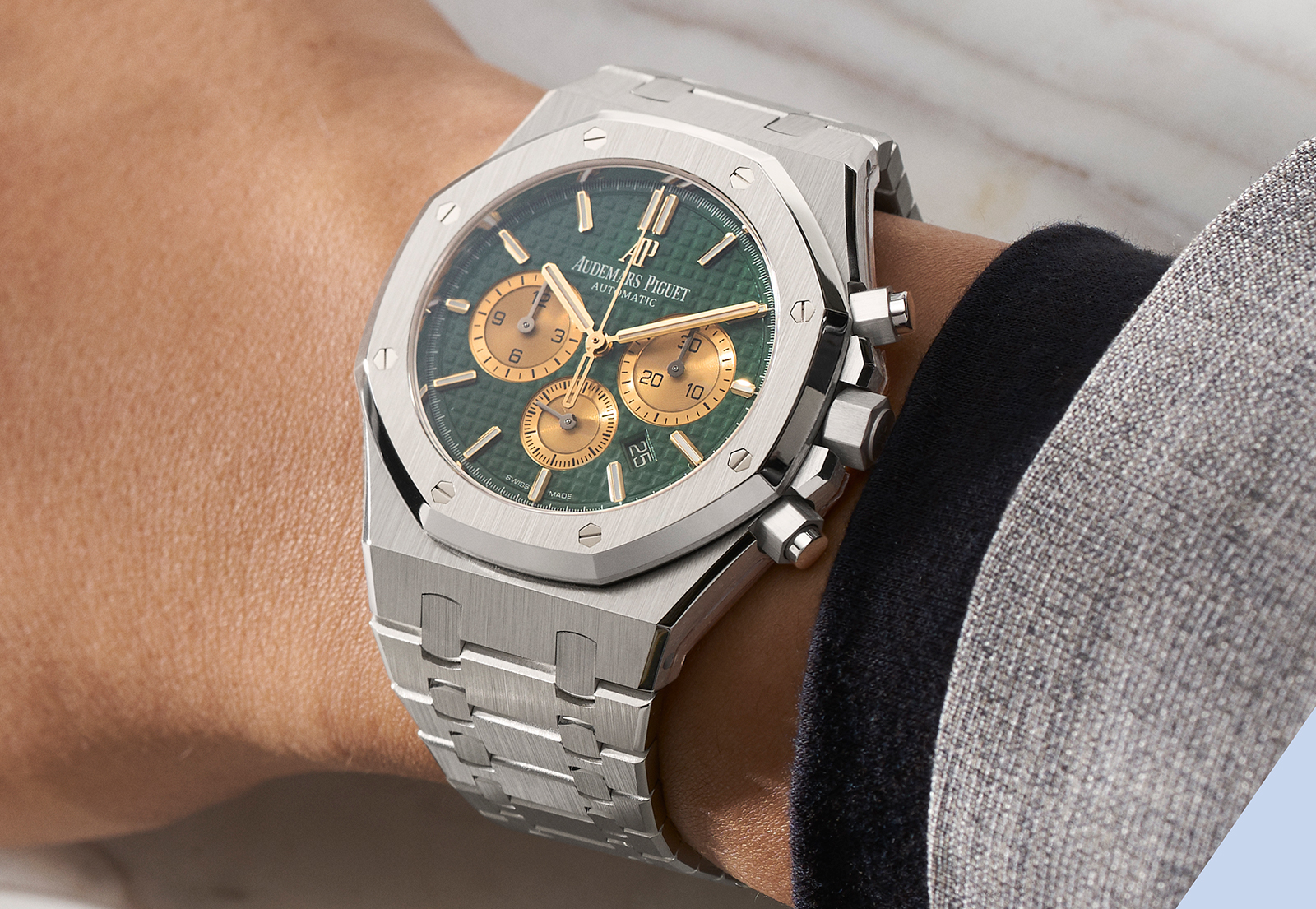 In platinum and dressed in the retailer’s signature green and yellow colours, the limited edition is one of the few Audemars Piguet models entirely in the precious metal, making it an exceptionally weighty, and fairly pricey, watch. Audemars Piguet has used platinum accents for the Royal Oak Chronograph, but never in its entirety.

The watch, however, does have the same look as the standard models, with larger registers for the chronograph counters, and a smaller constant seconds at six o’clock. The hour markers and hands are also wider and shorter than on previous generations of the Royal Oak Chronograph. 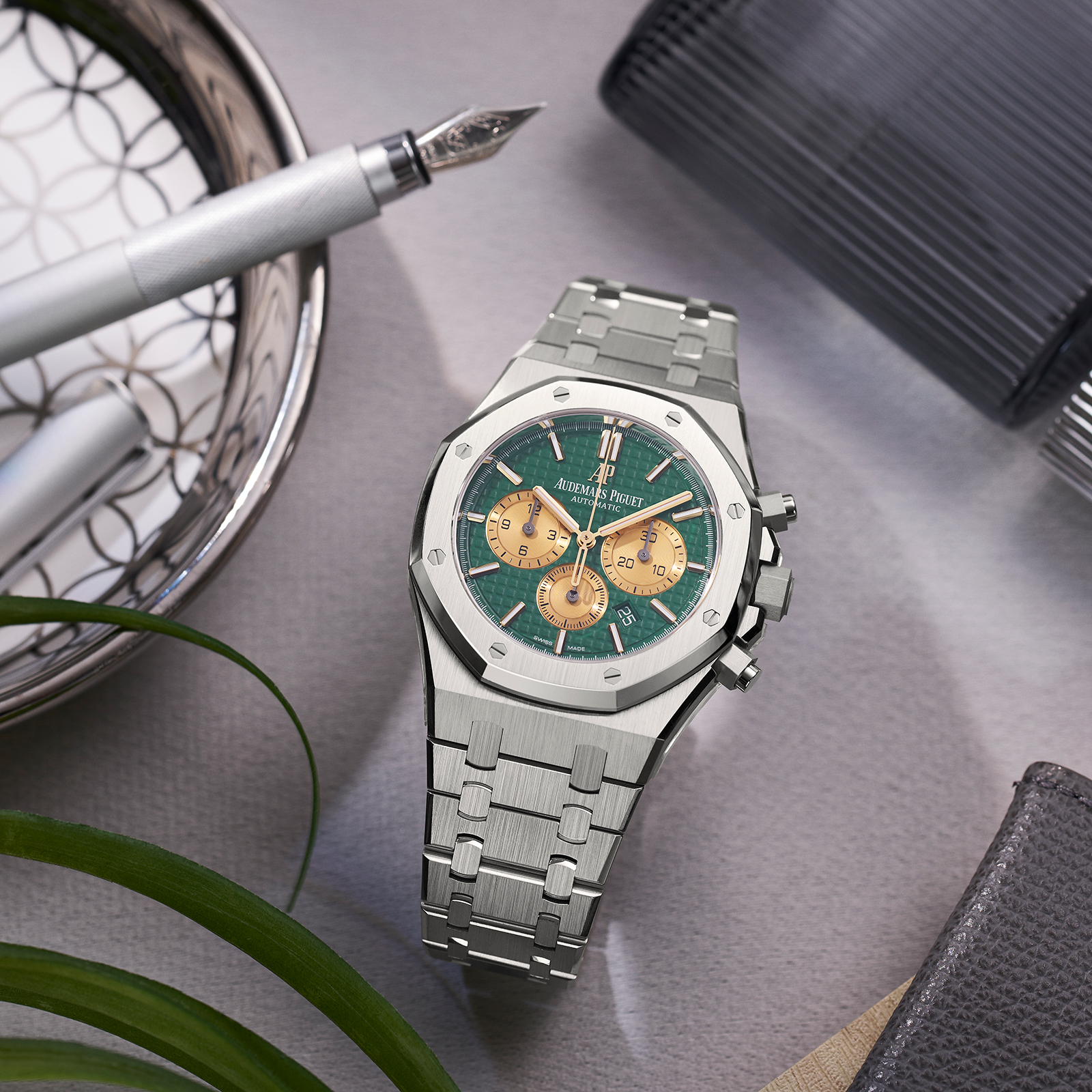 The new Royal Oak Chronograph is powered by the same movement found in the standard model, which is the self-winding calibre 2385, actually a Frederic Piguet cal. 1185. The movement is an integrated chronograph that has both a column wheel and vertical clutch. 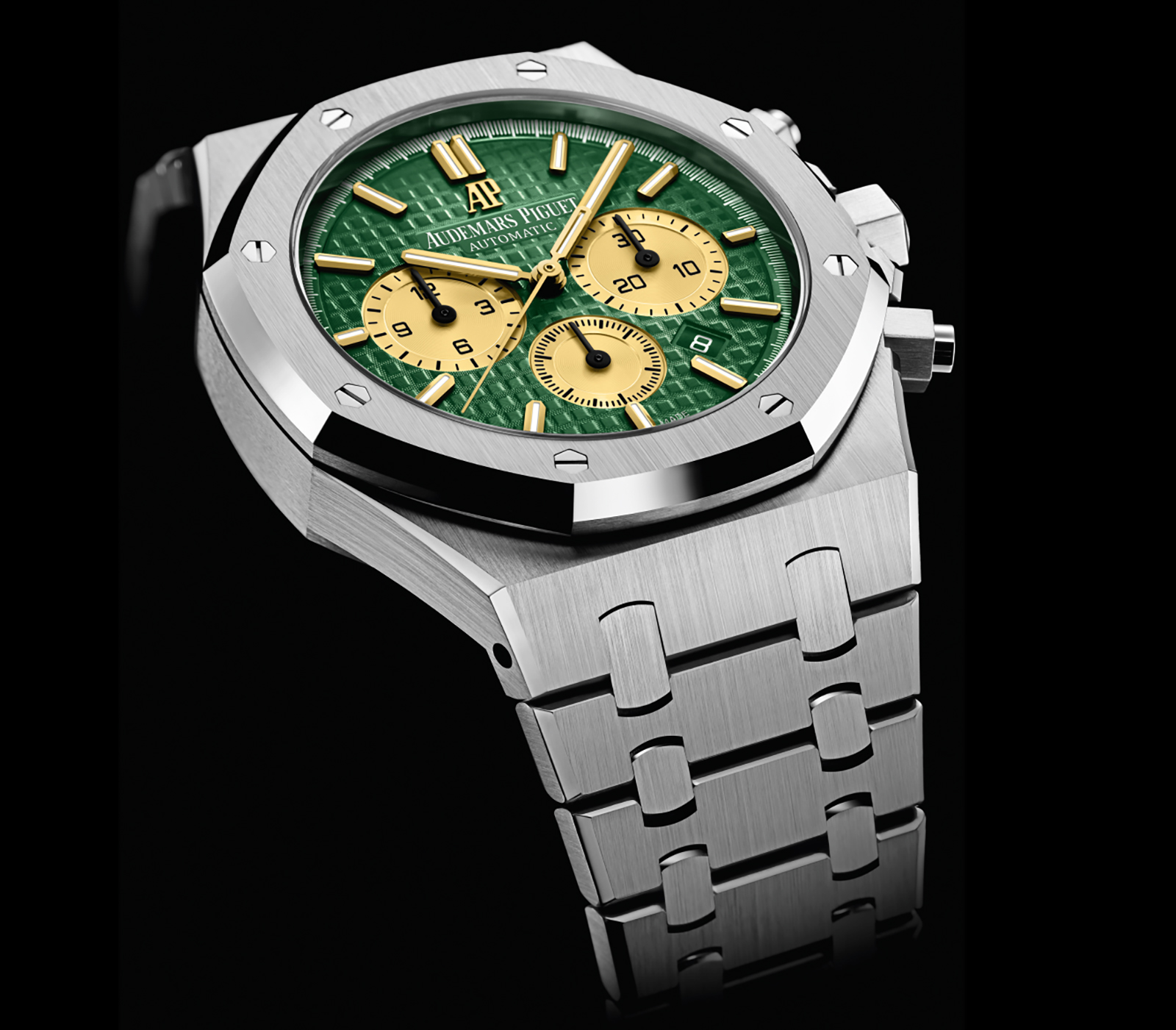 Notably, this is not the first limited edition Royal Oak produced for The Hour Glass. That distinctive goes to the 50-piece Royal Oak Extra-Thin “Jumbo” in yellow gold from 2015.

The Audemars Piguet Royal Oak Selfwinding Chronograph, The Hour Glass Commemorative Edition (ref. 26332PT.OO.1220PT.01) is limited to just 20 pieces and is priced at 173,400 Singapore dollars, which is about US$126,500. It is exclusively retailed at The Hour Glass and is already in stores.