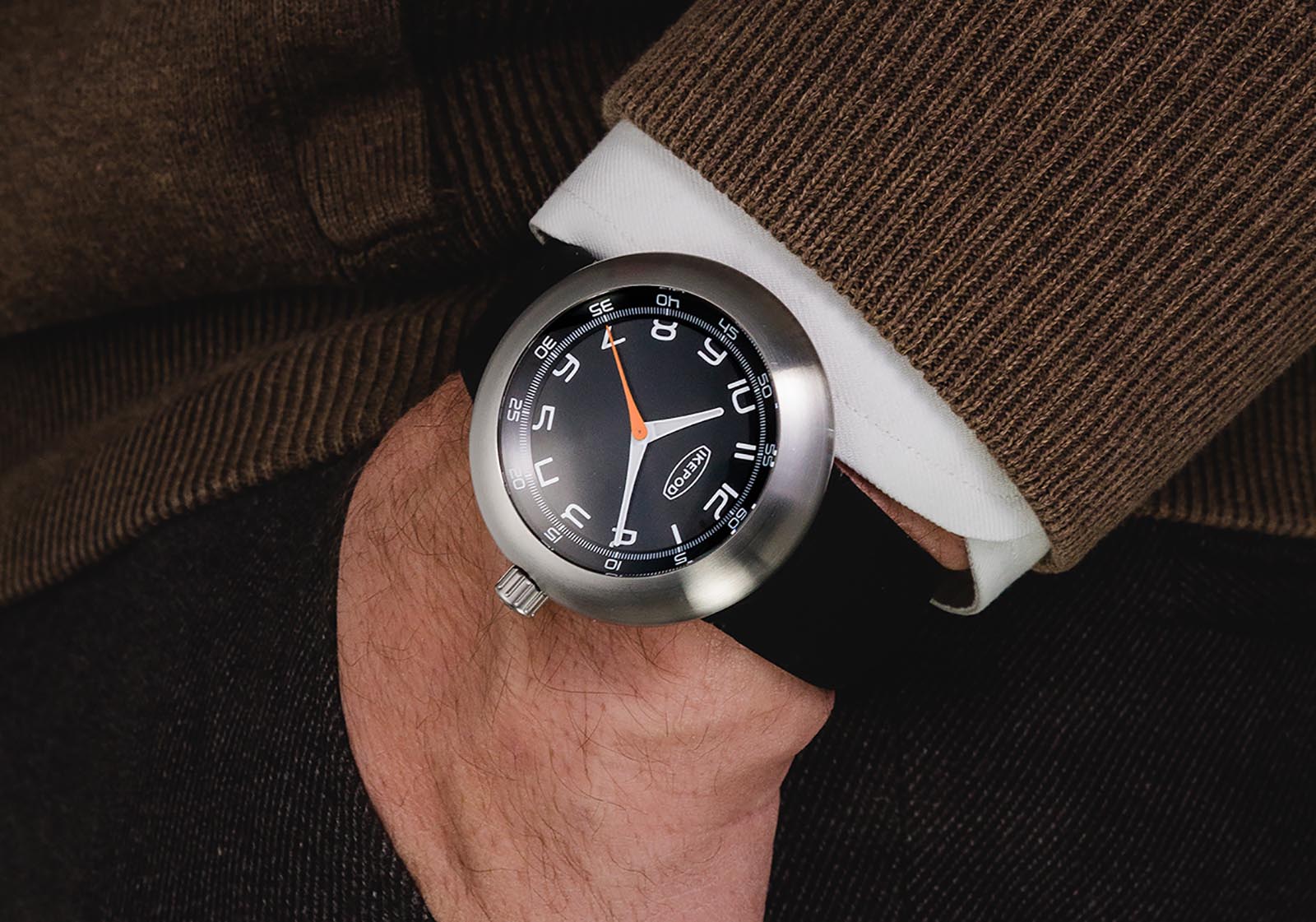 After the successful launch of its debut line of quartz watches in 2018, the resurrected Ikepod has now unveiled the Megapod, a remake of the quintessential Ikepod design, but now with an automatic movement. As with its earlier quartz offerings, the Megapod is an affordable, crowdfunded project.

Originally founded by Swiss businessman Oliver Ike and legendary industrial designer Marc Newson in 1994, Ikepod gained a cult following for its incredibly distinctive, organic-UFO design. But hindered by high prices and artsy marketing, the brand’s watches never really sold widely, leading it to struggle financially. Ikepod folded in 2006, before being revived shortly after and then going under again in 2012, when Mr Newson finally parted ways with the brand. 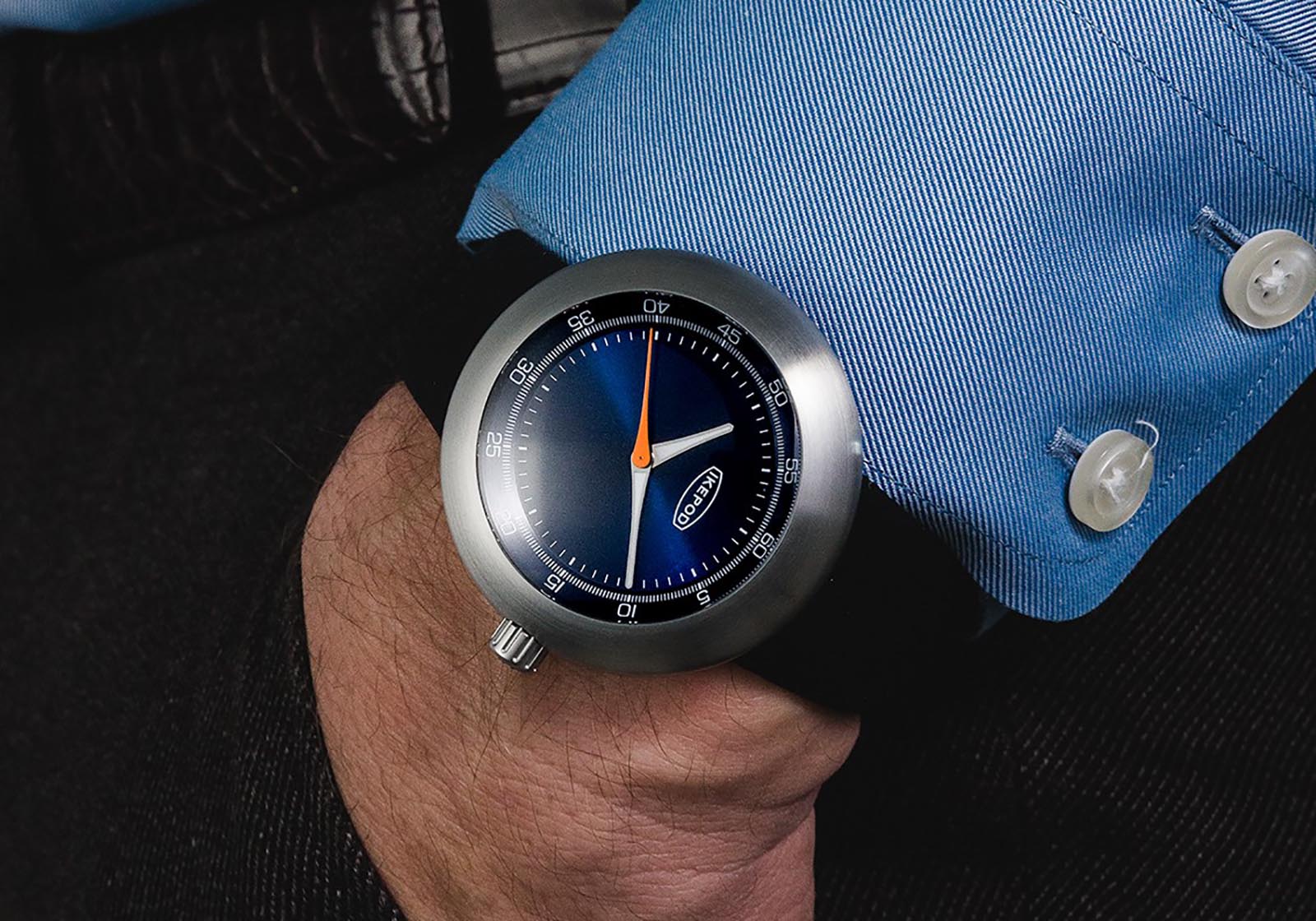 The Megapod M001 with a blue, sunray-brushed dial

In contrast, today’s Ikepod is all about the same signature aesthetic, but matched with affordability. Led by a three-man investor group that includes Christian-Louis Col, an old hand in the luxury goods business who was most recently sales director at glassmaker Lalique. Recognising that the main draw of Ikepod’s watches lay in the inimitable design, and not finishing or movements, the brand now relies on low-cost production: it assembles the watches in Hong Kong, using dials and hands from Taiwan and cases made in China.

As with the initial quartz-powered models, the Megapod has a stainless-steel case in the original Ikepod shape. It is a tad larger than the quartz models at 46 mm, a nod to the original, Newson-era Megapode Date that was 47 mm. However, due to the lug-less case design, the Megapod’s 46 mm wears more like 43 mm.

Though the design is similar to the pricey originals, the Megapod’s affordability means concessions had to be made. So the case has a removable back to access the movement, as opposed to the original’s one-piece construction, which had a bezel that was flush with case and a near-invisible line separating the two.

Importantly, the strap is a conventional one and fitted with a pin buckle. And the original, minimalist Ikepod strap is now standard on the Apple Watch – which was designed by Marc Newson. 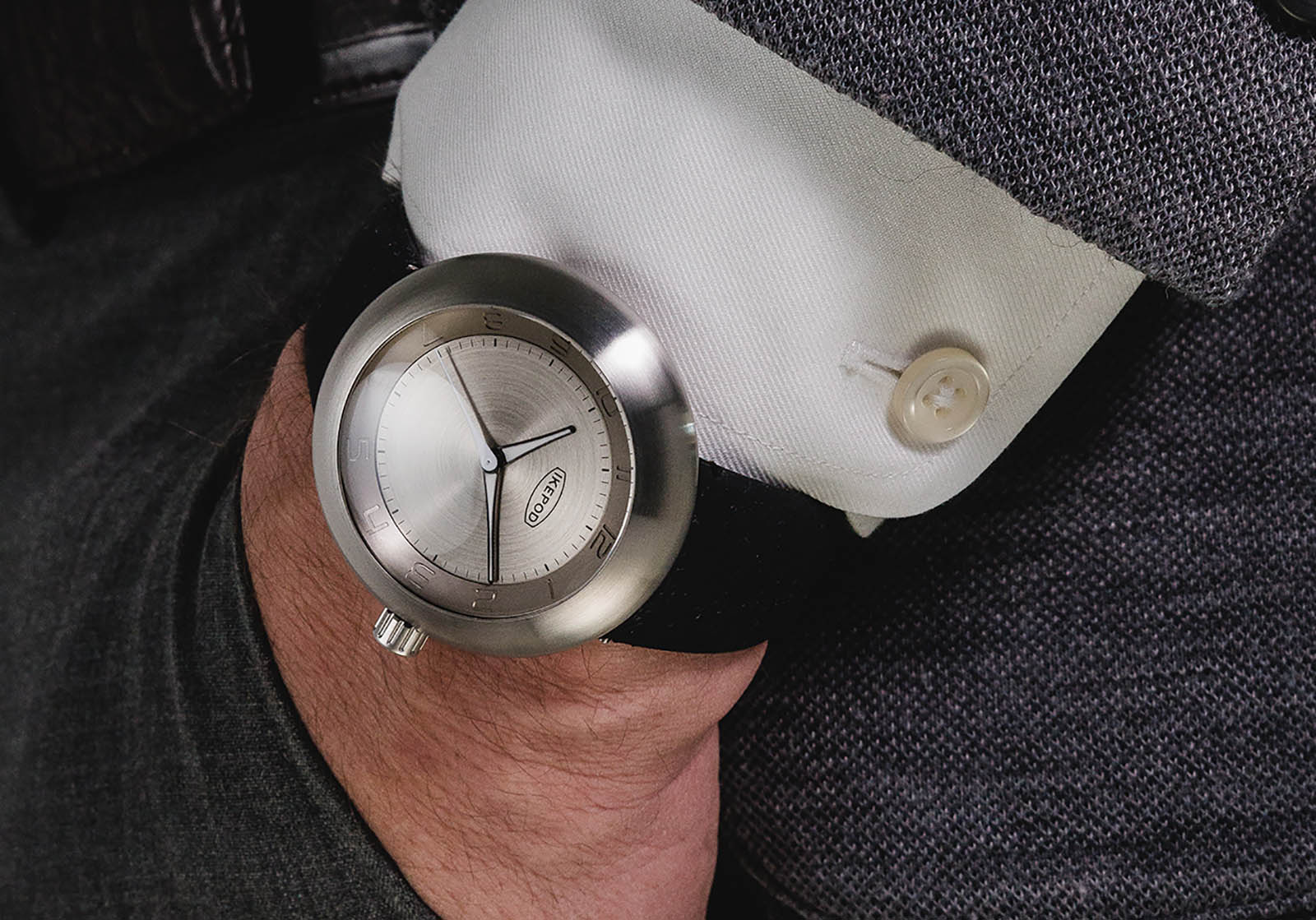 While the quartz models were designed by Emmanuel Gueit – most famous for designing the original Audemars Piguet Royal Oak Offshore – the dials of the Megapod were designed by Alexandre Peraldi, the former design chief of Baume & Mercier. 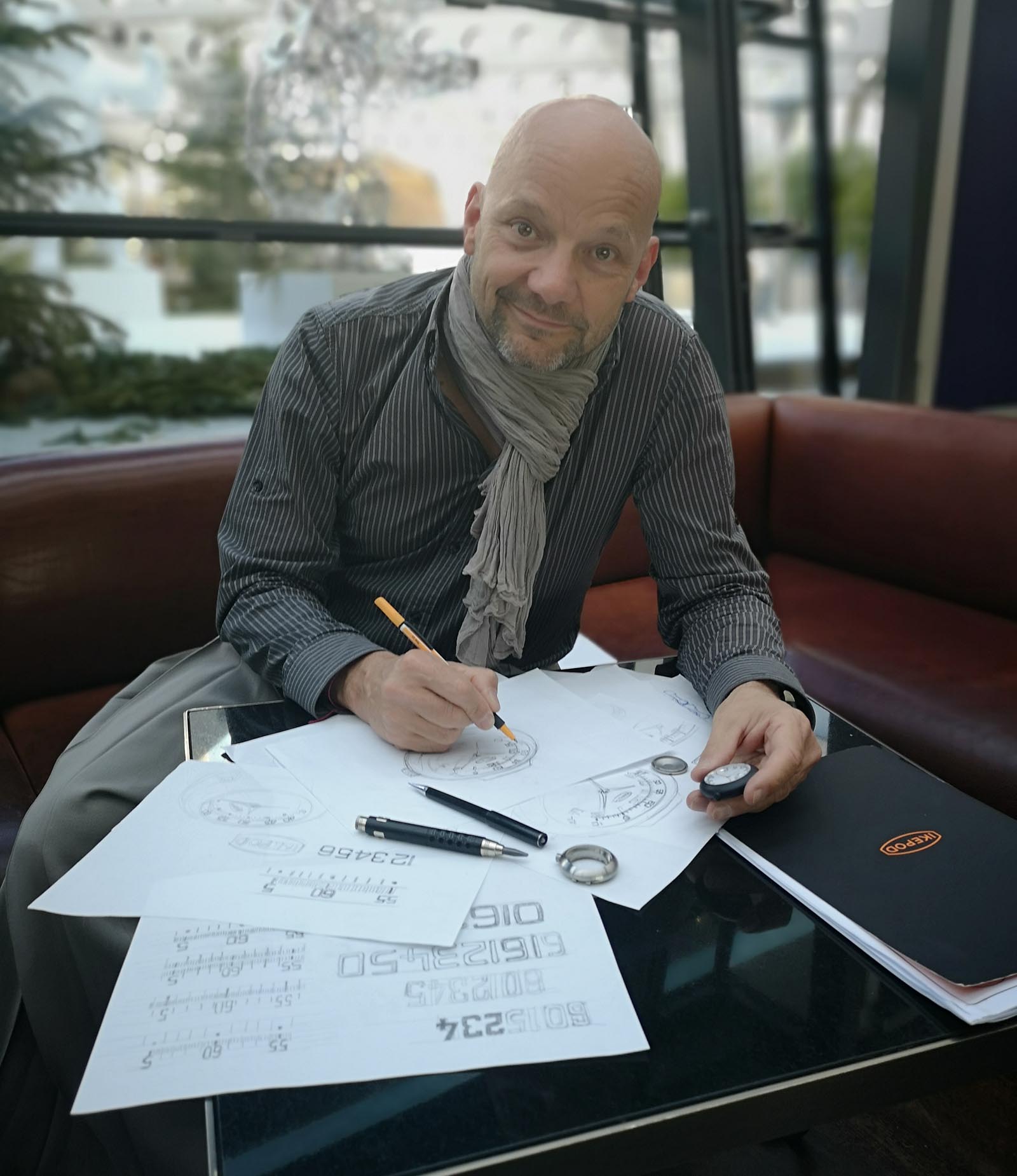 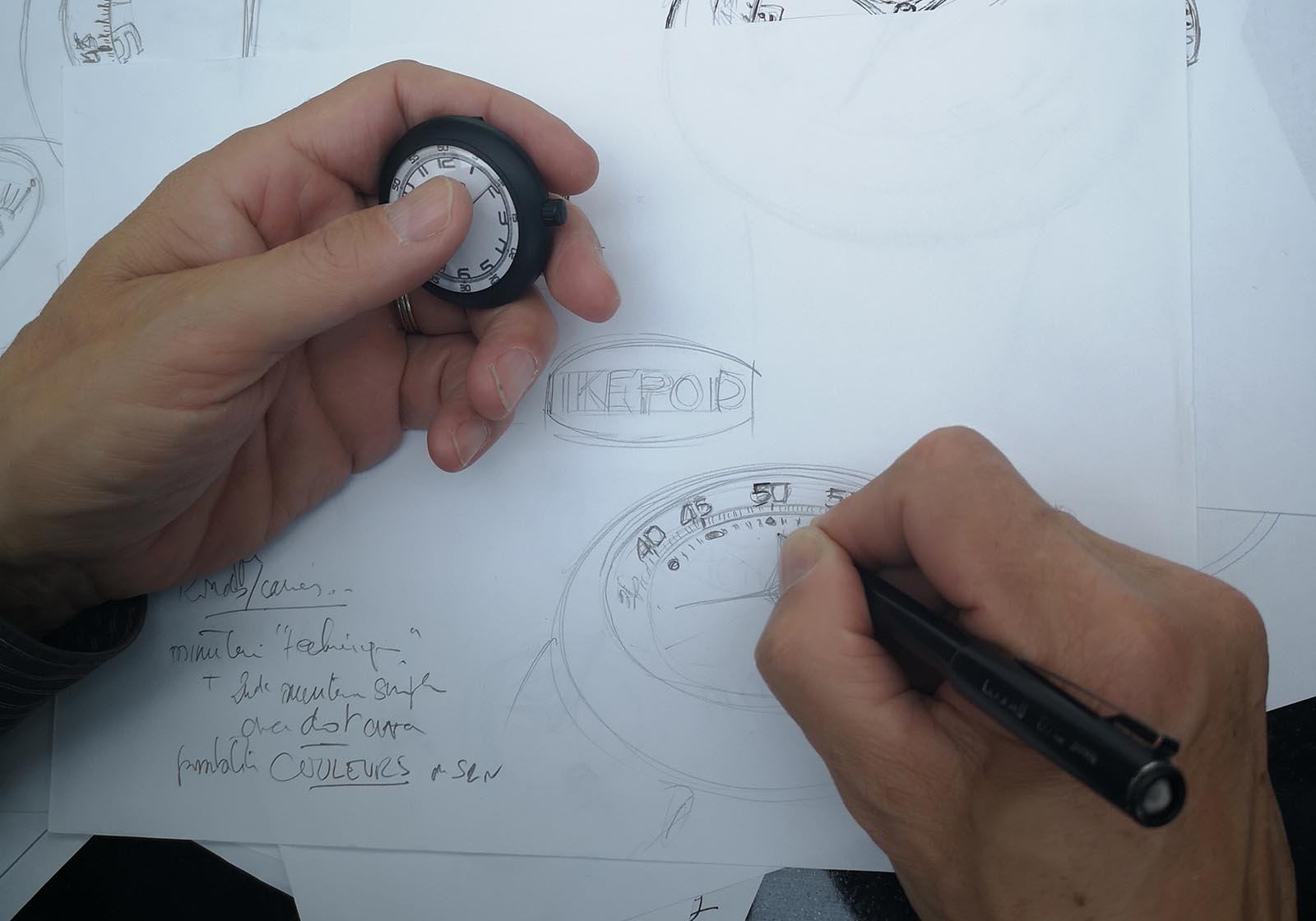 The Megapod dial is available in three dial styles, each known by a numerical reference: the M000 Series is reminiscent of the original Megapode Date with small, five-minute numerals, while the M100 Series features large engraved hour numerals. And the most unusual and distinctive of all, the M200 Series, has large hour numerals that are cut off at their tips, seeming like they are partially hidden beneath the minutes track.

Each style is further offered in various colours and finishes, including matte, circular, radial-brushed as well as grained. 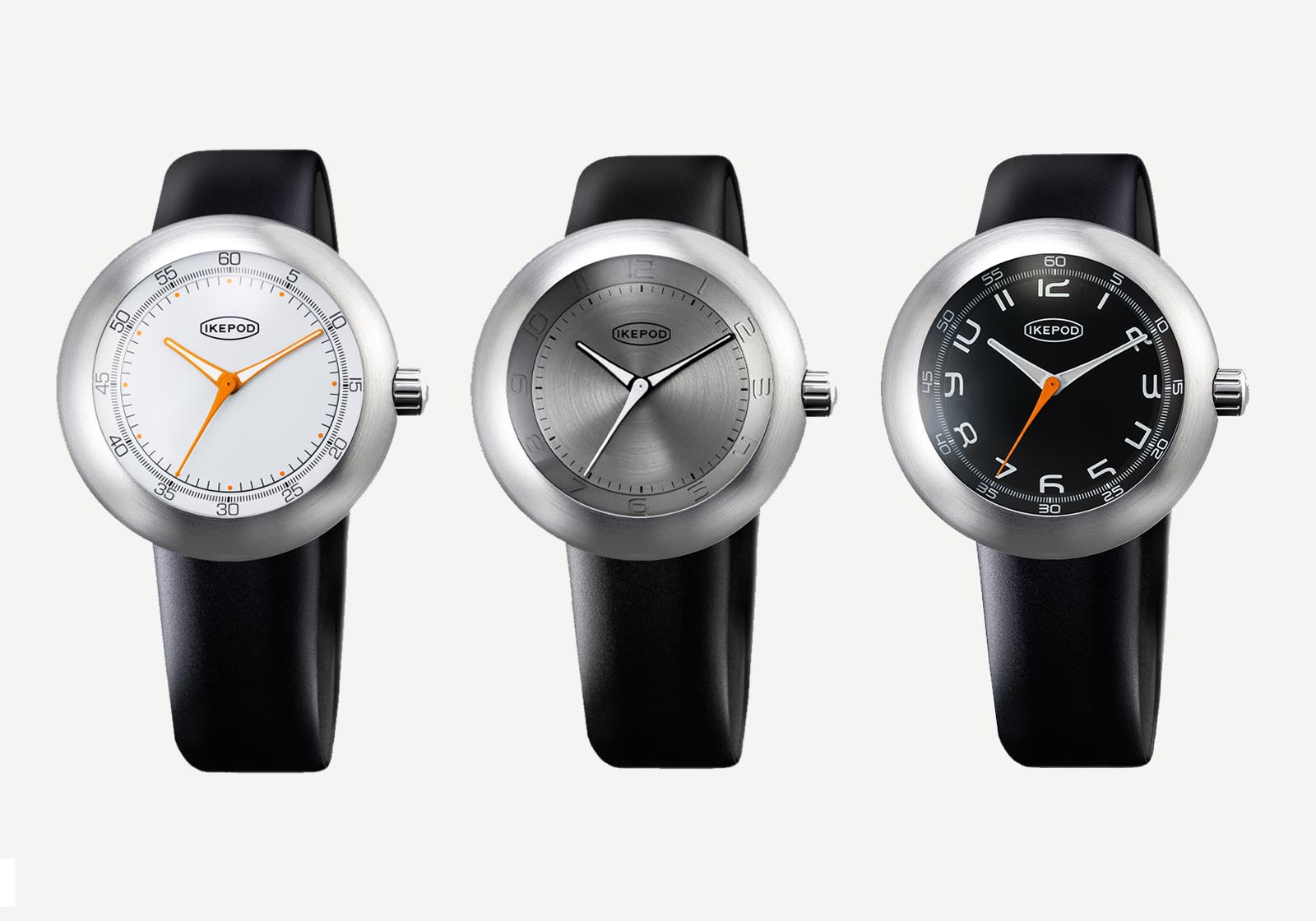 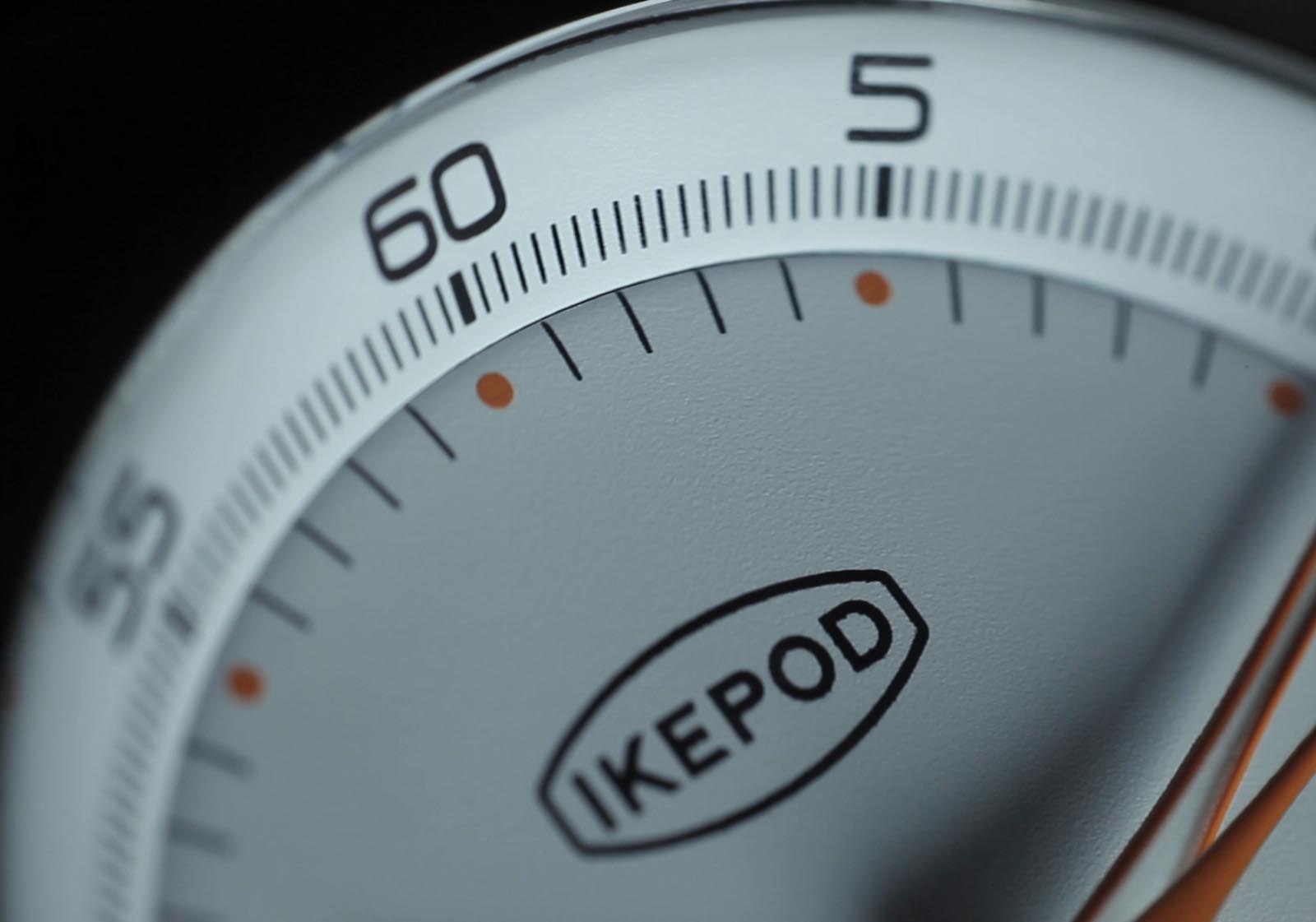 The M005 inspired by the original Megapode Date

Visible through the sapphire case back of the Megapod is the Miyota 9039, a relatively new calibre with a frequency of 4 Hz, a 42-hour power reserve and hacking seconds, which is produced by the movement maker owned by Citizen. 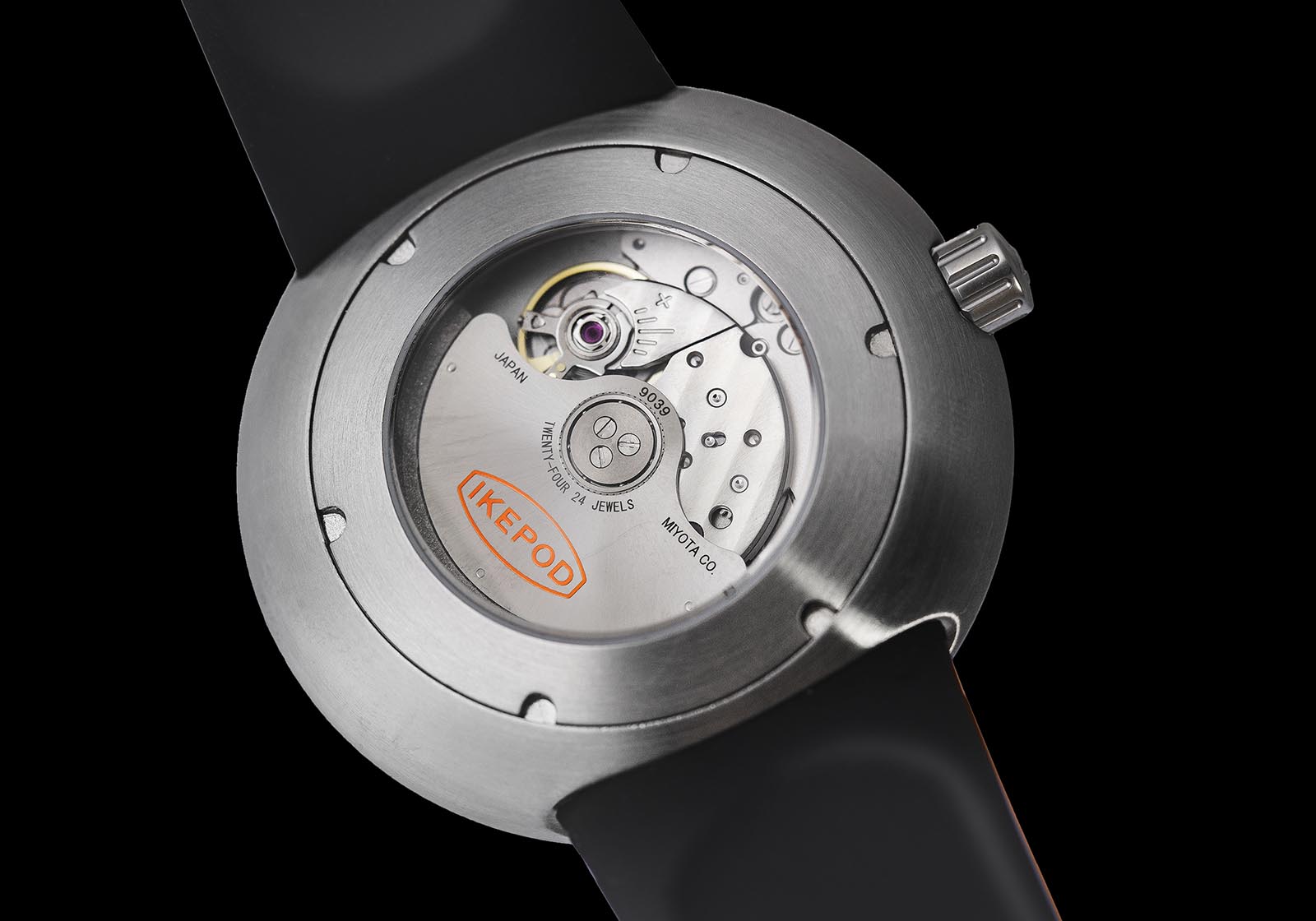 Industrial design for the wrist, via Kickstarter.