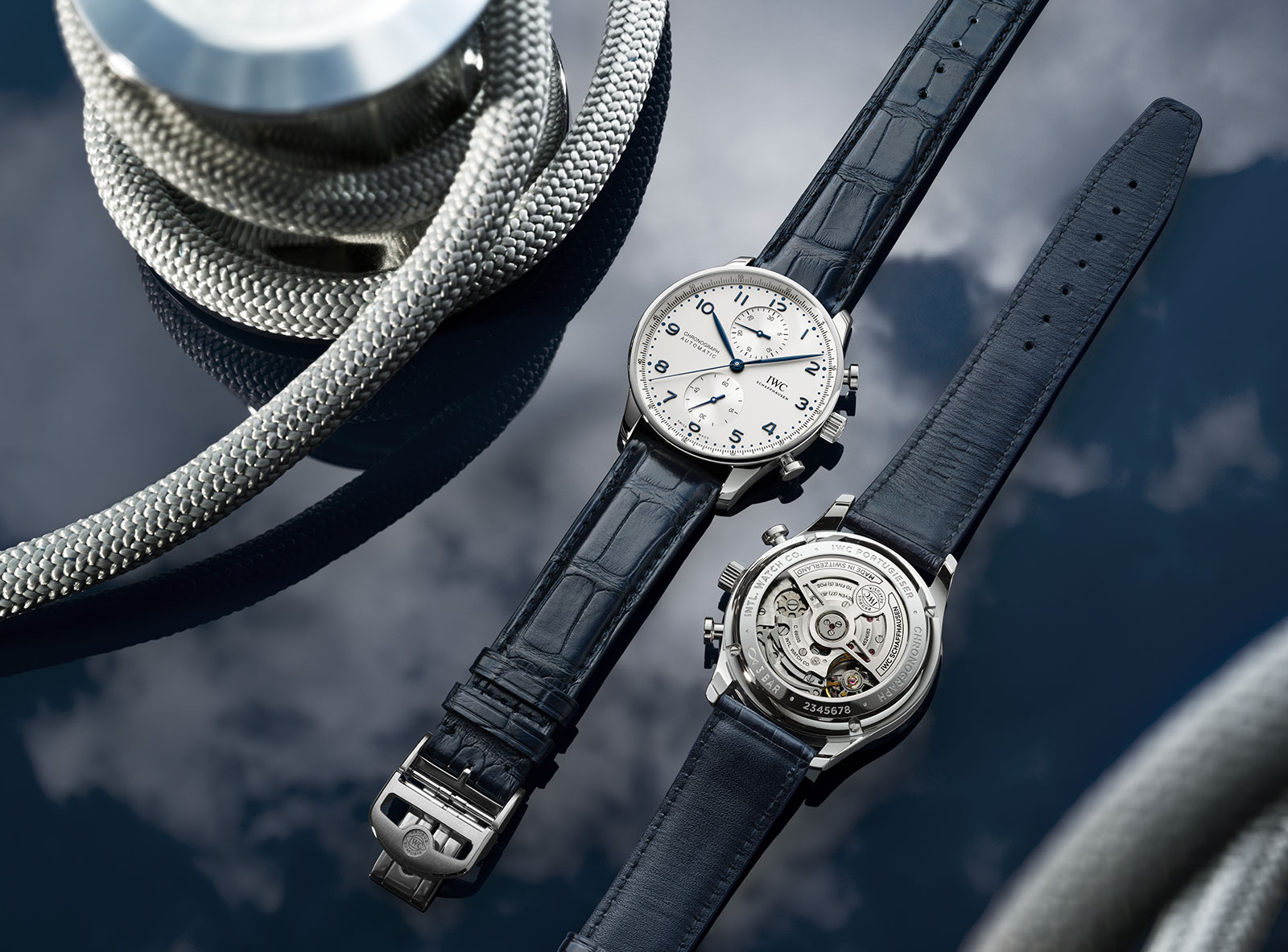 Unveiled in 1998, the original IWC Portugieser Chronograph ref. 3714 had a surprisingly long life, managing to be a bestseller for 22 years – and a lucrative franchise for IWC – thanks to its distinctive yet classical styling and relatively affordable price.

Now it has finally been replaced by the new Portugieser Chronograph ref. 3716 that looks almost identical, but is powered by a proprietary movement – and only a little bit more expensive.

The ref. 3716 actually made its debut two years ago as a 150th anniversary limited edition, available only with a glossy, lacquered dial in white or blue. Now the ref. 3716 joins the regular collection, with a steel or 18k rose gold case, as well as all of the dial variants that were offered for the outgoing ref. 3714.

That means the quintessential Portugieser Chronograph in steel matched a silver dial, gold numerals and gold hands is still available. 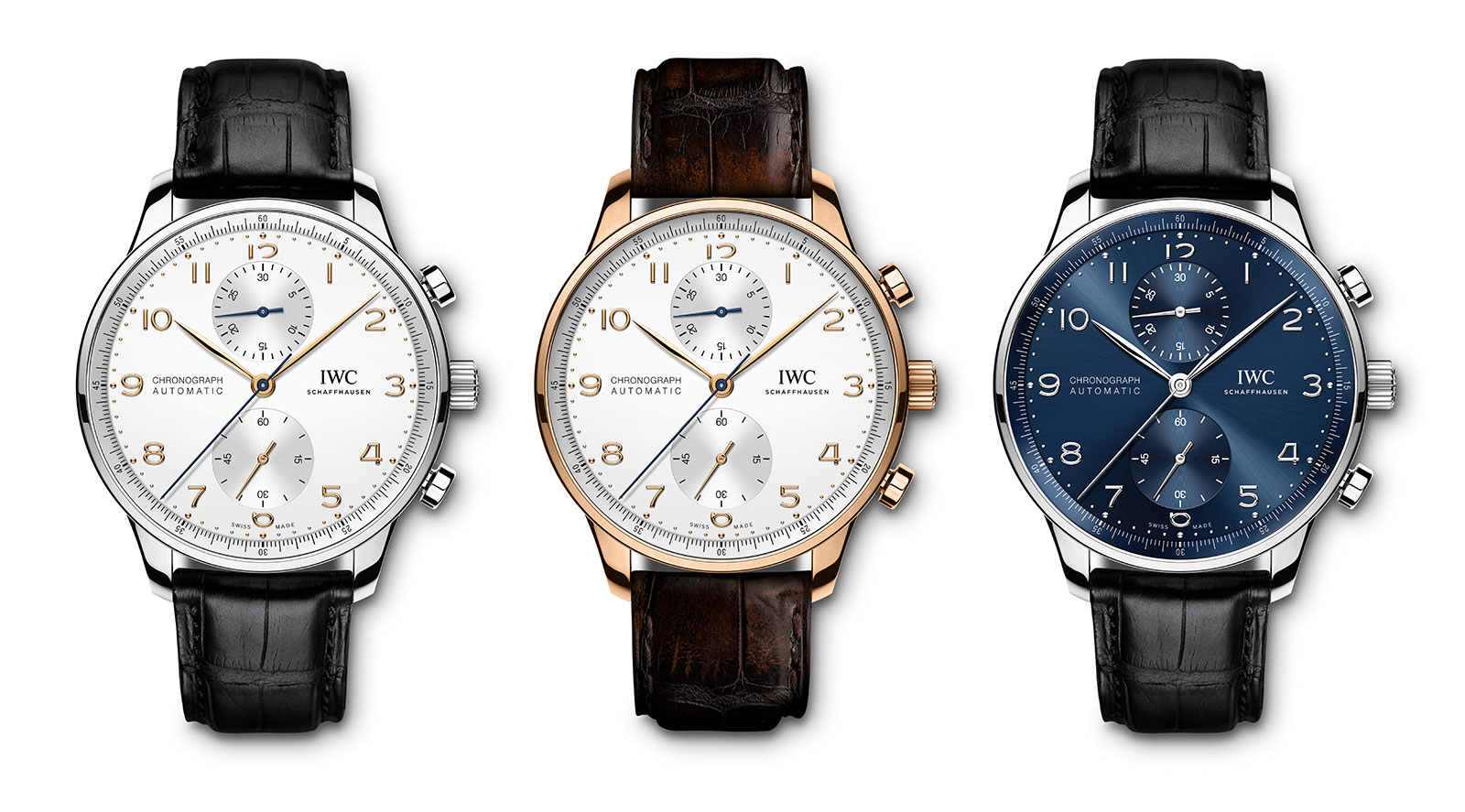 The new Portugieser Chronograph is slightly larger than the original, but the differences are so slight that they are not apparent at all. The new model is 41 mm in diameter and 13.1 mm high, compared to 40.9 mm by 12.6 mm for the original.

The new movement, and new price

The increase in size is due to the cal. 69355, which replaces the cal. 79350 (derived from the Valjoux 7750) inside the original Portugieser Chronograph.

IWC labels the cal. 69355 in-house, but the movement is part of the 69000 family, which incorporates some basic components of the Valjoux 7750, most notably the going train and barrel. But unlike the cal. 79350 in the original model that was largely stock, the cal. 69355 has been substantially improved, to a degree that the “in-house” moniker is probably justified. 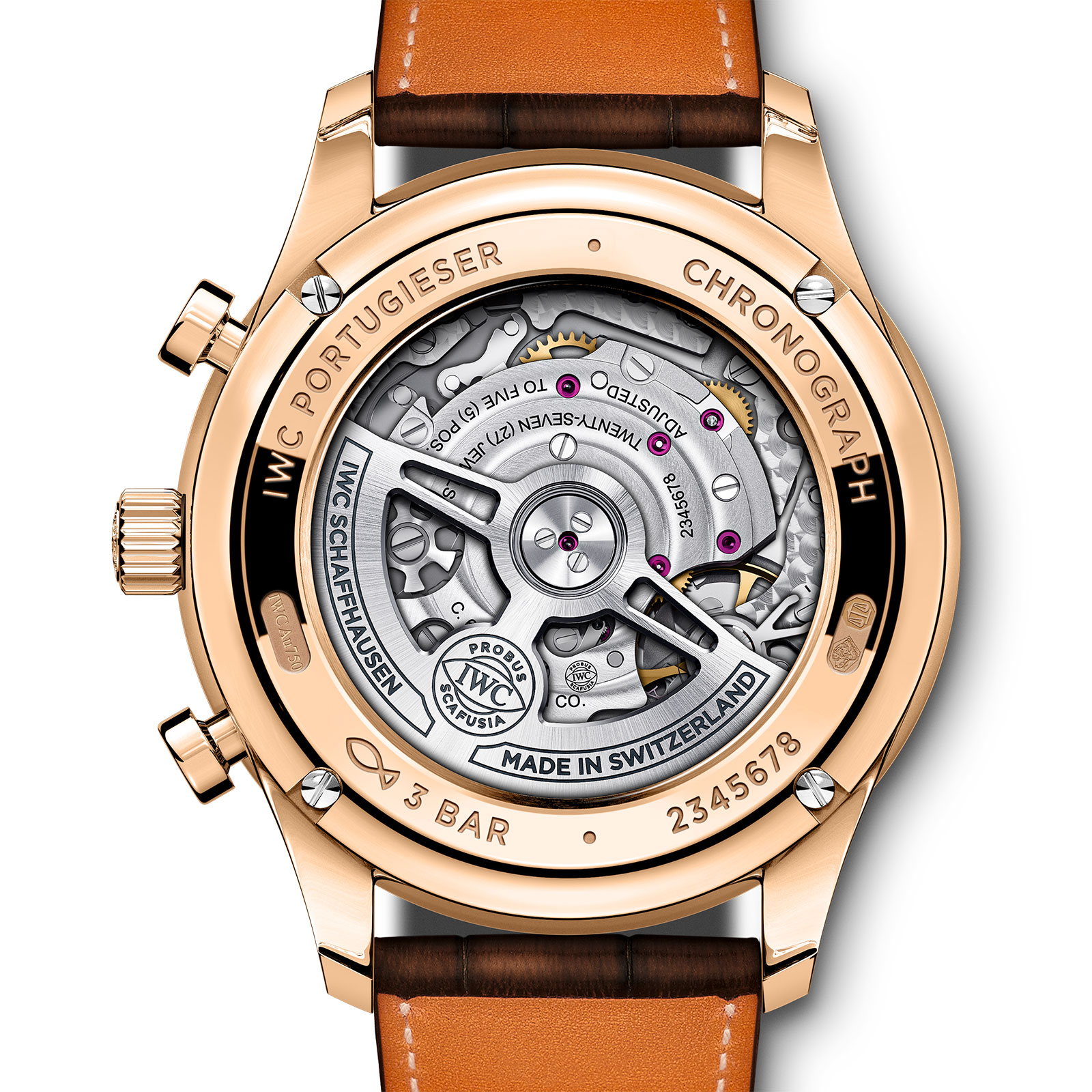 Amongst the upgrades are the column wheel, as well as the escape wheel and pallet fork produced via a high-tech lithographic and moulding process known as LIGA. As a result, the nickel-phosphorous parts are skeletonised and lightweight, allowing the escapement to operate more efficiently.