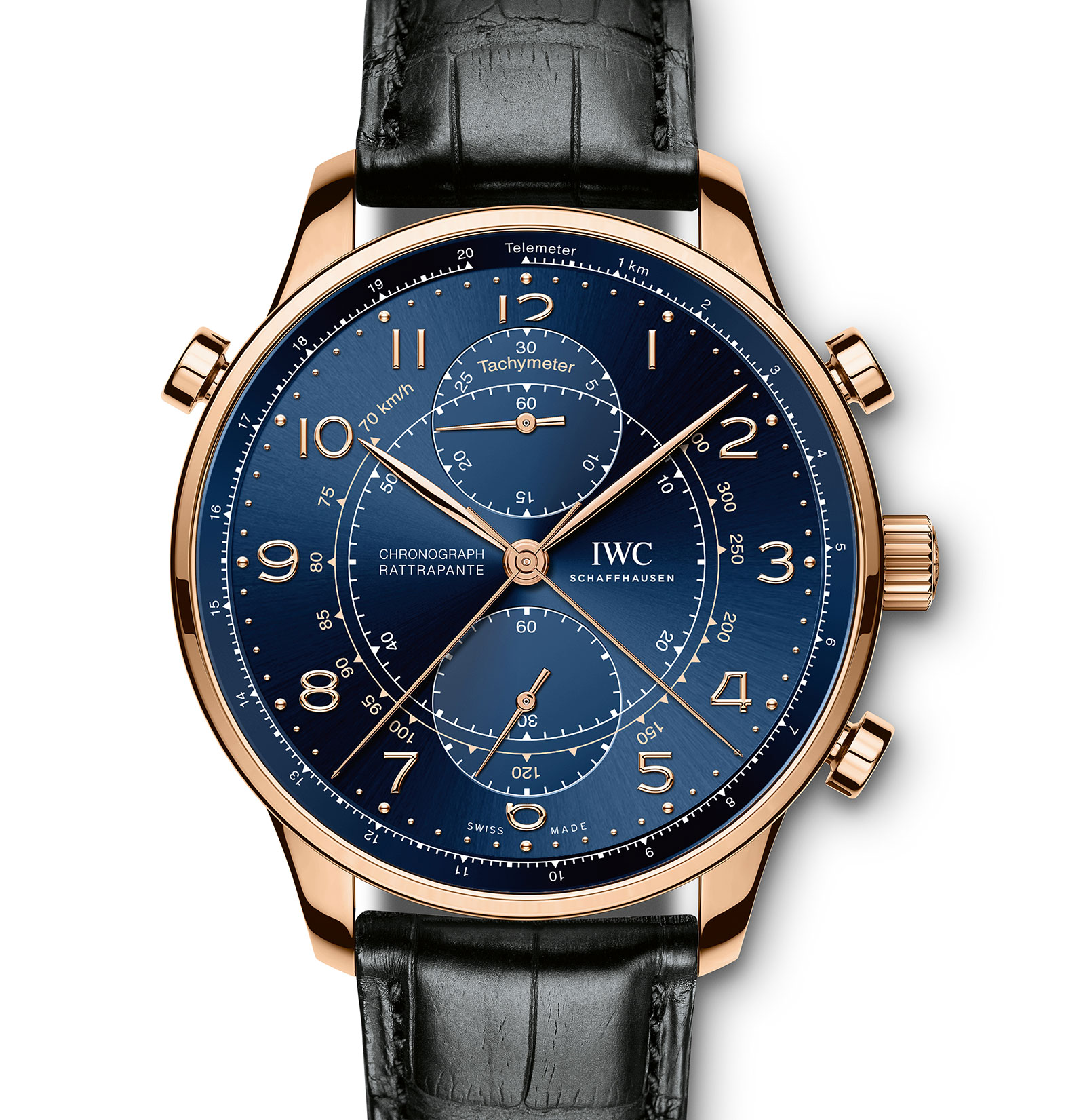 But to mark the opening of its third store in Italy, IWC has revived the Portugieser Chronograph Rattrapante for a 100-piece limited edition (ref. 371215). The 41mm case is red gold, while the dial is a deep metallic blue. Unlike the typical Portugieser split-seconds, the Milan boutique edition has both tachymetric and telemetric scales on the dial, to measure speed and distance respectively.

But the double scale dial is not new: in 2004 IWC made a 50-piece limited edition Portugieser chronograph (ref. 371212) with an identical dial for Barozzi, a now defunct retailer in Brescia, a city an hour and half east of Milan. The reverse of the Milan boutique edition features the biscione, a coiled serpent devouring a child. But IWC has rendered the biscione on the case back child friendly, leaving out the flailing figure from the jaws of the snake. The biscione has a long history in Milan, being the emblem of the Visconti family that ruled the Duchy of Milan until the 15th century, before being succeeded by the Sforzas, who then incorporated the biscione into their own coat of arms. Being a Milanese company, Alfa Romeo’s logo features also features the biscione. The Portugieser Chronograph Rattrapante “Boutique Milano” (ref. 371215) is limited to 100 pieces, available only at IWC boutiques in Italy until December 2016, after which it will be available at boutiques worldwide. It is priced at €21,500, including 22 percent tax. In Singapore the price will be S$28,700.