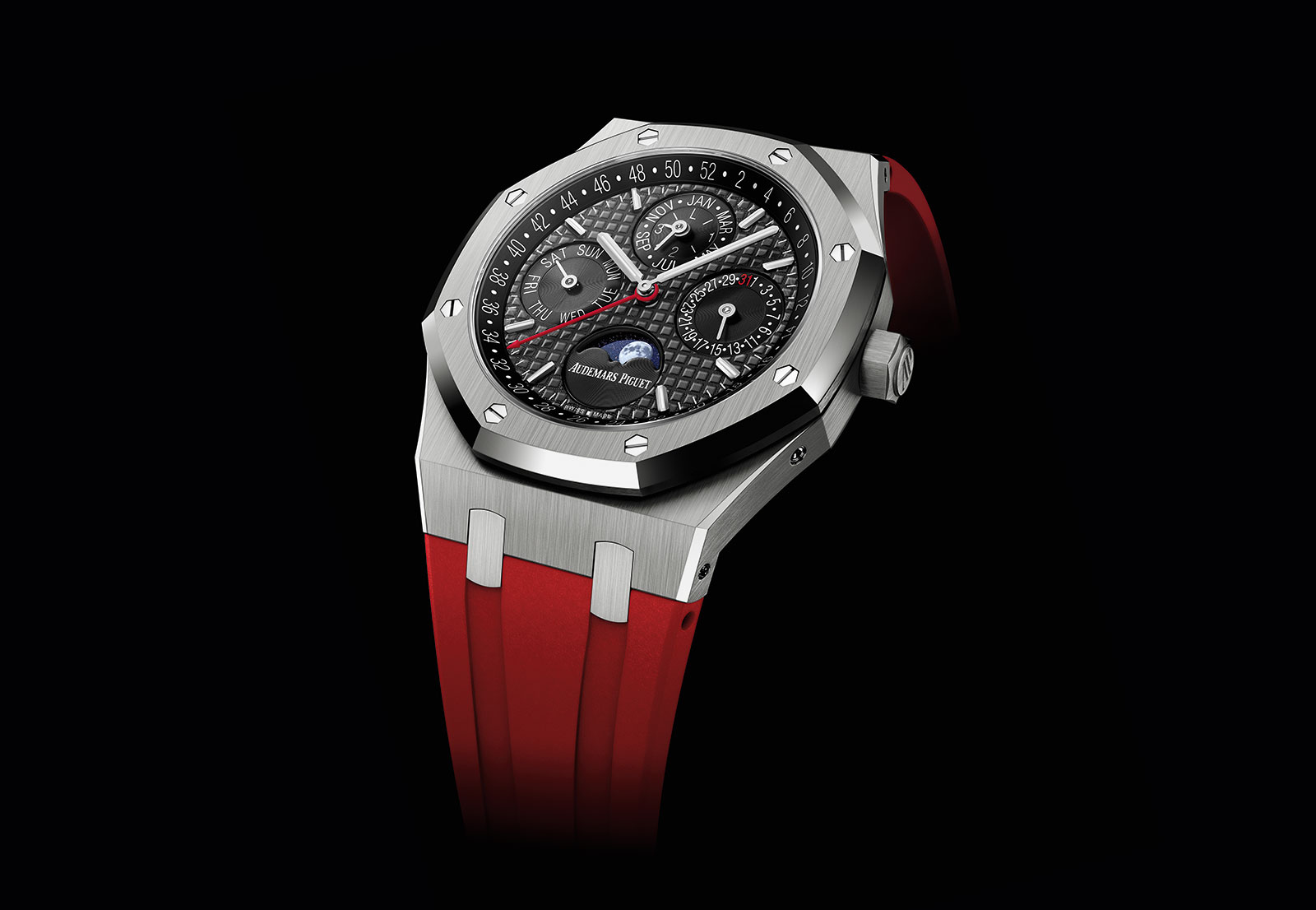 Audemars Piguet has just taken the covers off the seventh and latest country-specific Royal Oak Perpetual Calendar, after the editions for Hong Kong, Thailand, Switzerland, Indonesia, Japan, and Latin America – this time, it’s for the Chinese market.

Launched just three months after the debut of the gorgeous skeleton version in black ceramic, the Royal Oak Perpetual Calendar China Limited Edition is a first for Audemars Piguet, being the only Royal Oak perpetual calendar to date in titanium. Though the material is novel, the size and finishing are identical to that of the standard model, which means 41 mm and gorgeously contrasting brushed and polished surfaces from end to end. 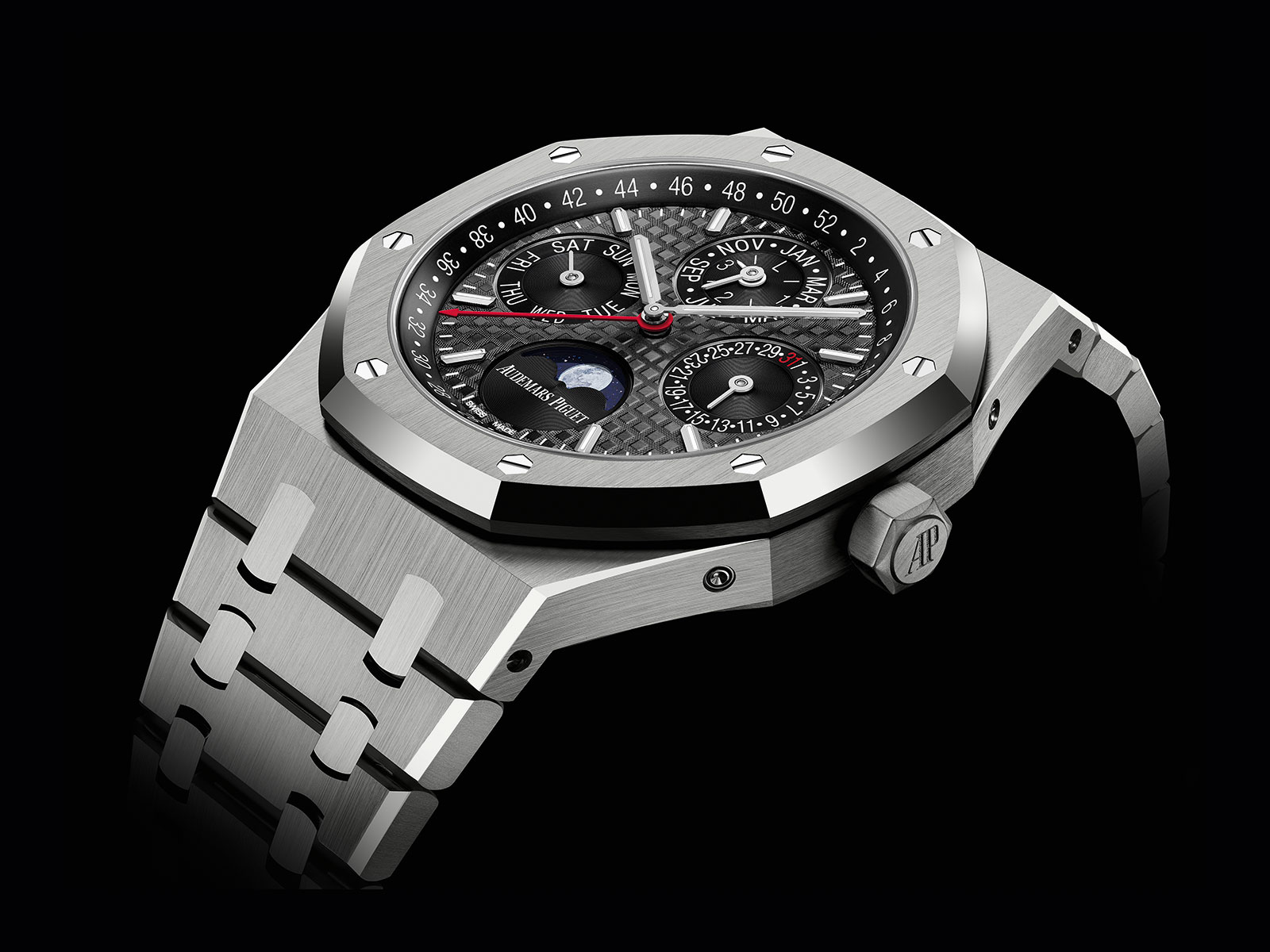 The dial is dark grey, and engine-turned with the signature chequerboard tapisserie guilloche of the Royal Oak. It has the week-of-the-year indicator in red, traditionally an auspicious colour in Chinese culture and one that’s synonymous with the Lunar New Year.

Similarly, the presentation box for the watch is finished in red, instead of the usual dark green. 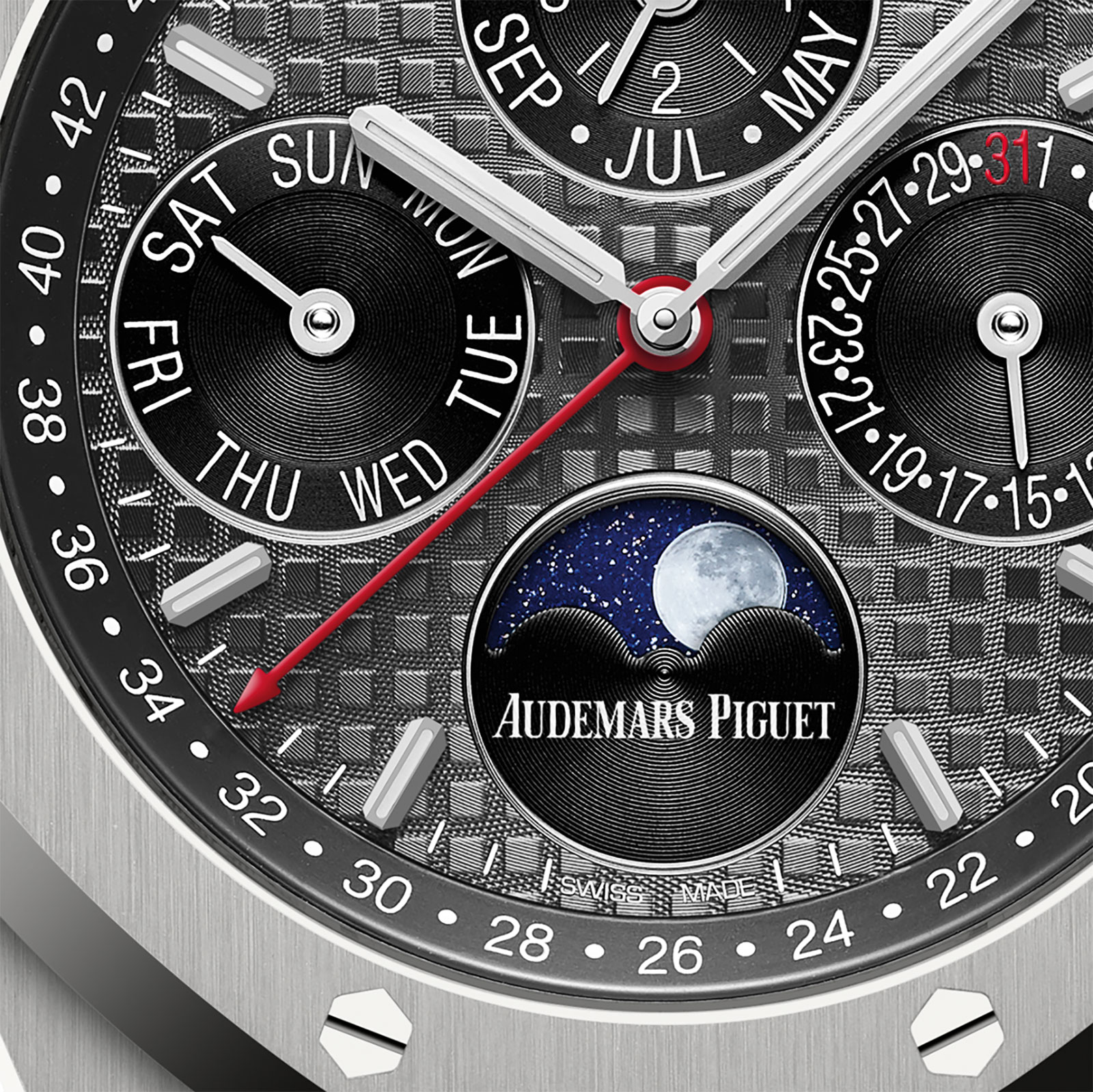 Another reference to Chinese culture is the limited edition size of 88 – “8” is phonetically similar to “prosper” in many Chinese dialects, making it a most desirable number.

Unusually, the China edition was developed with the input of horological influencer Austen Chu, better known as Horoloupe on Instagram, who “contributed towards the overall aesthetics” according to Audemars Piguet. 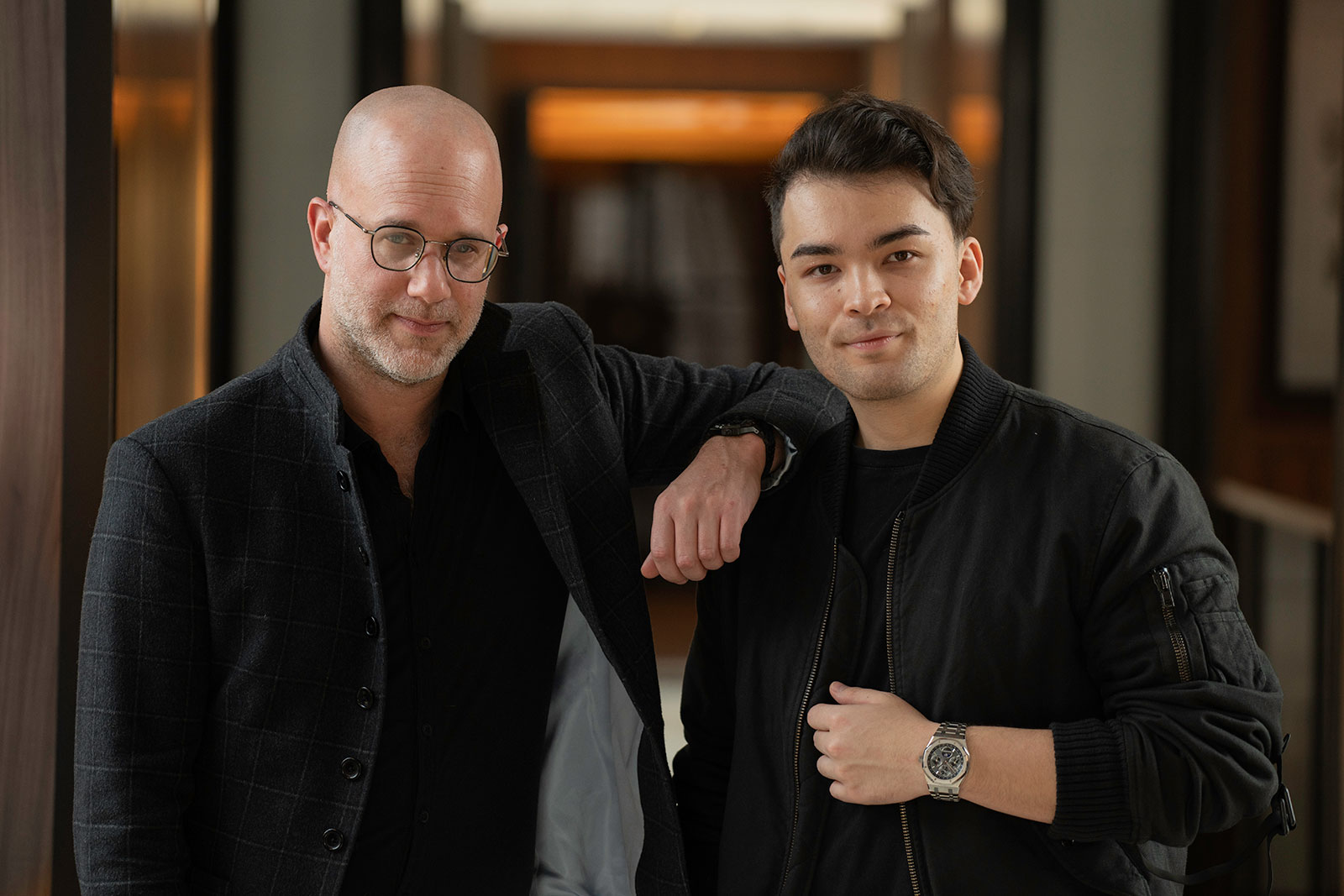 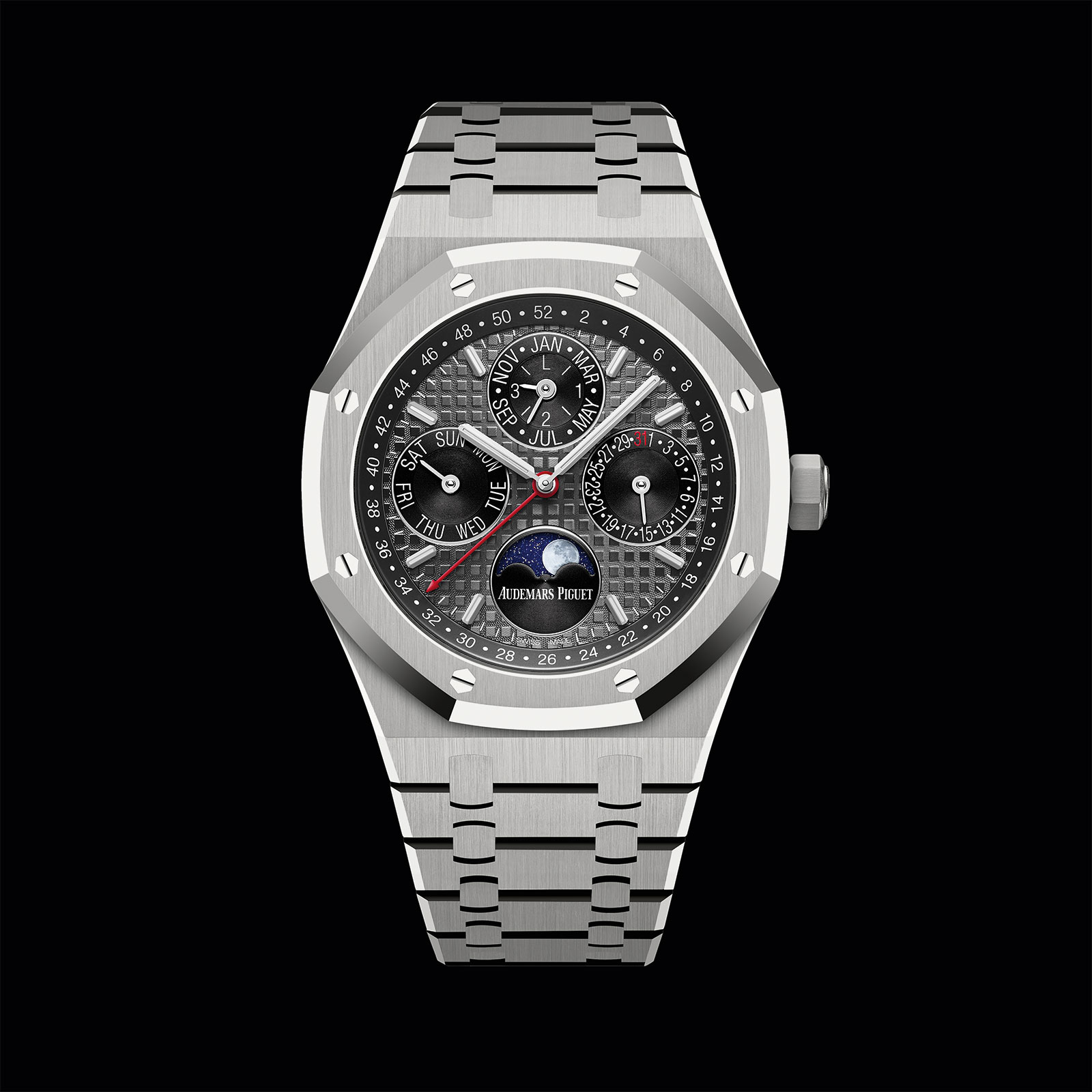 Mechanically the watch is identical to the standard model, and contains the cal. 5134. It is made up of a calendar module on top of the extra-thin cal. 2120 that was the same movement found in the original Royal Oak “Jumbo” ref. 5402 of 1972. Originally developed by Jaeger-LeCoultre as the cal. 920, the movement is now produced in-house by Audemars Piguet. 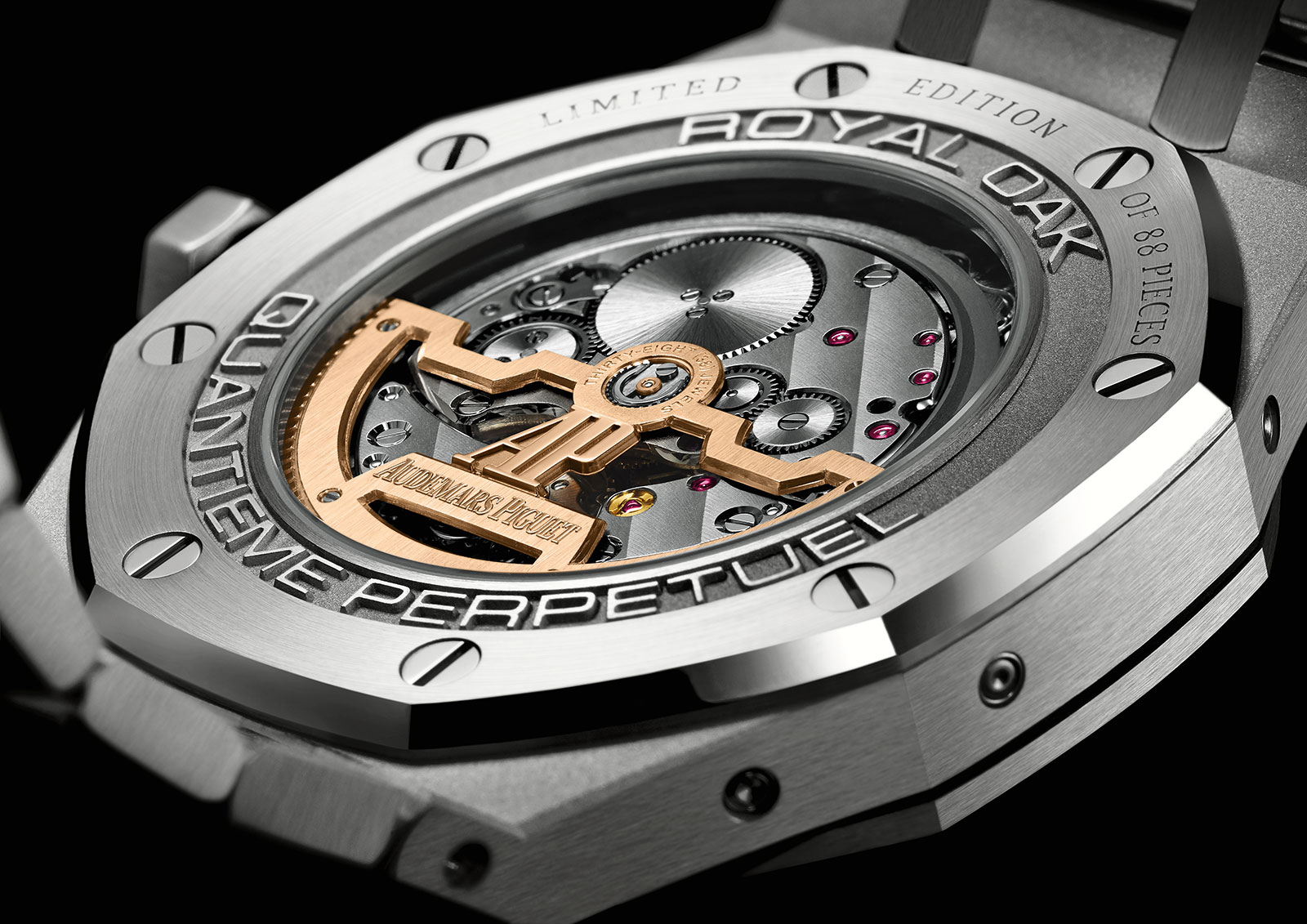 The watch is delivered on a titanium bracelet, but packaged with two extra straps, one in dark grey crocodile and the other in red rubber.

Limited edition: 88 pieces
Availability: At boutiques in China and Hong Kong
Price: US$78,300