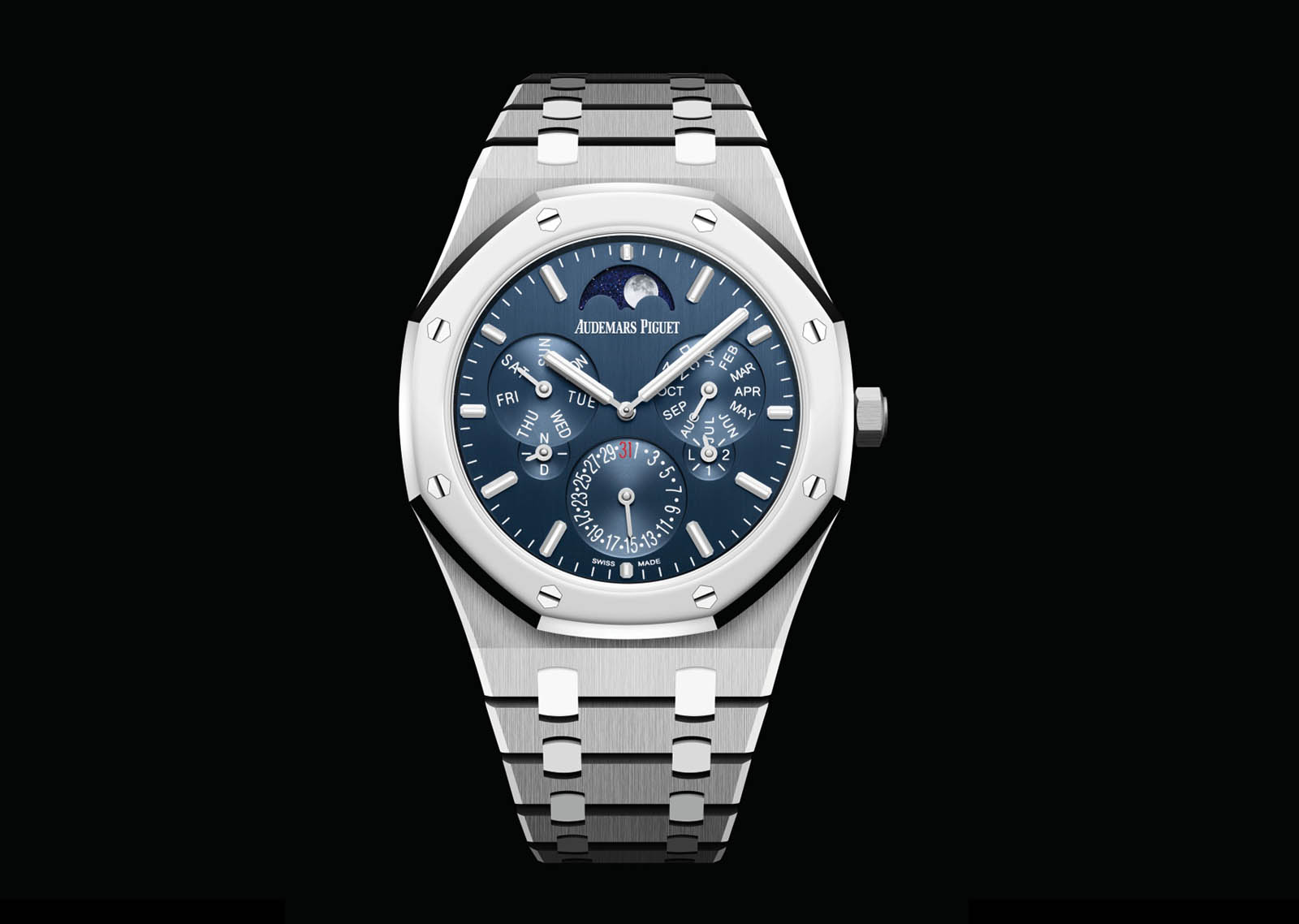 A year ago, Audemars Piguet debuted the Royal Oak RD#2 Perpetual Calendar Ultra-Thin, a concept watch that claimed the title of the world’s thinnest automatic perpetual calendar by some margin.

Five years in the making, the RD#2 checked in at 6.3mm high, including the case, with the movement inside just 2.89mm – a third, or 1.42mm, thinner than the brand’s next thinnest perpetual calendar movement, the cal. 5134. 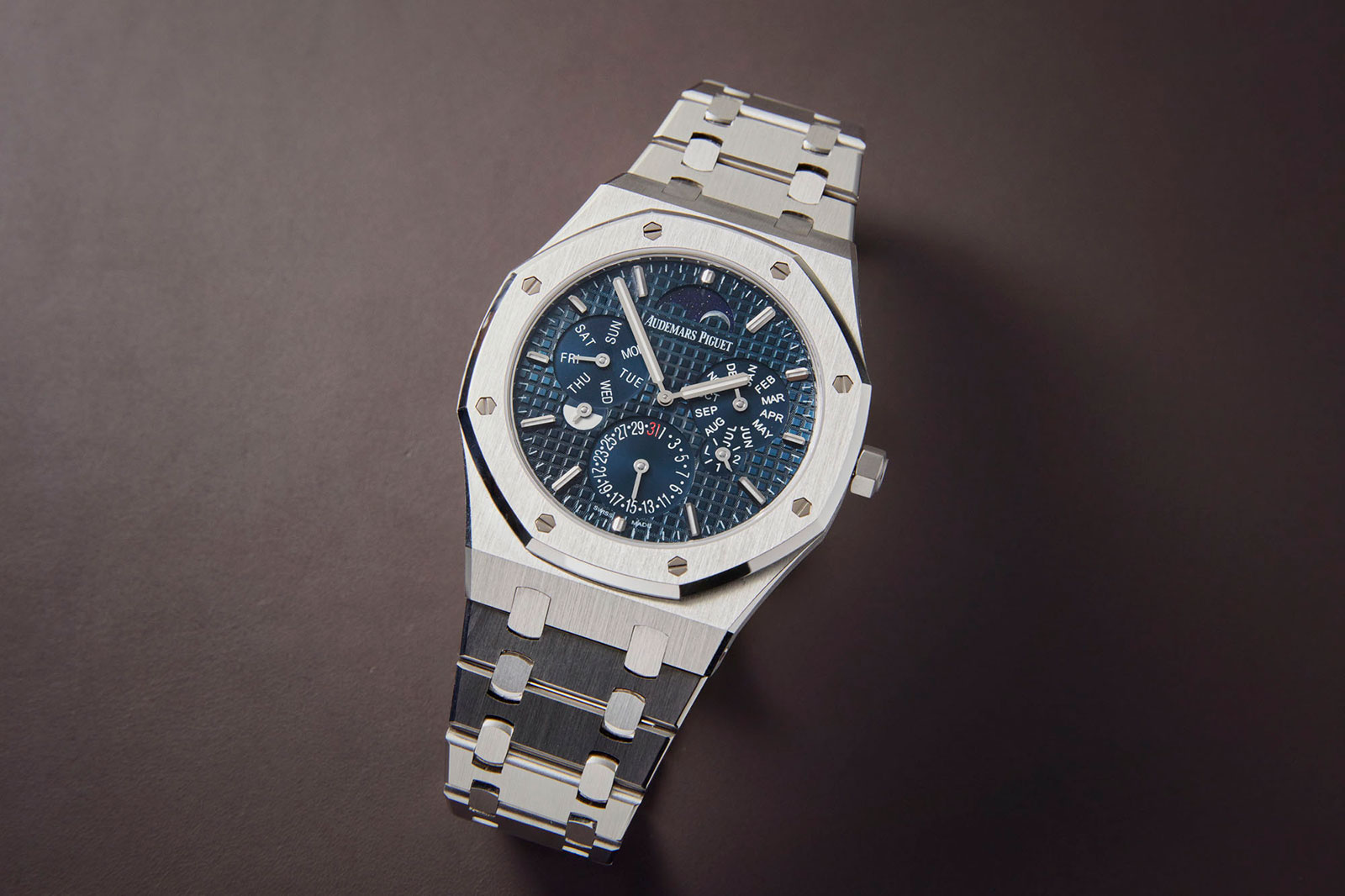 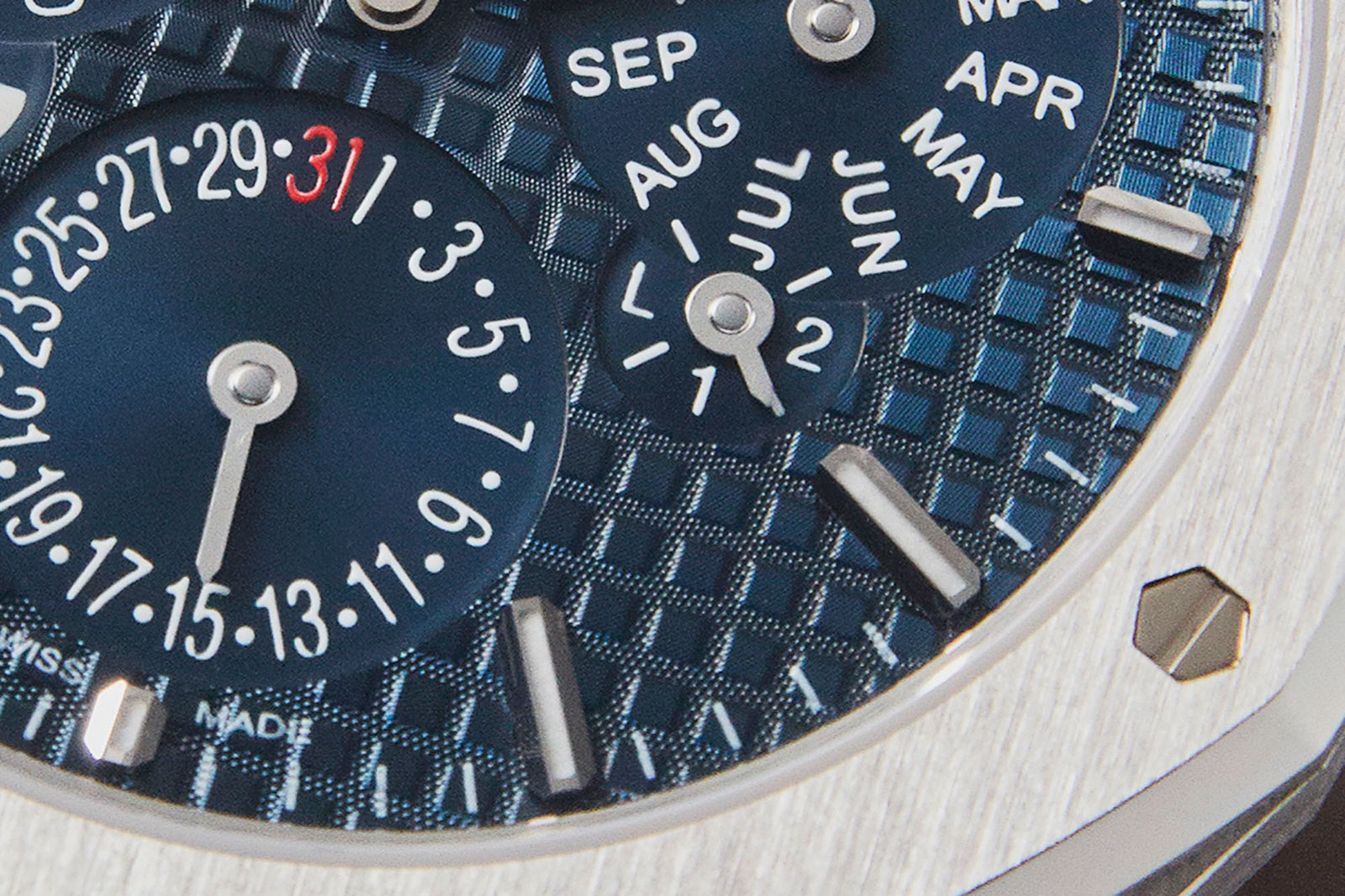 The guilloche dial of the RD#2

While most concept watches typically have their technology streamlined when translated into regular production, the Royal Oak Selfwinding Perpetual Calendar Ultra-Thin is fundamentally the RD#2, with only a few cosmetic tweaks. 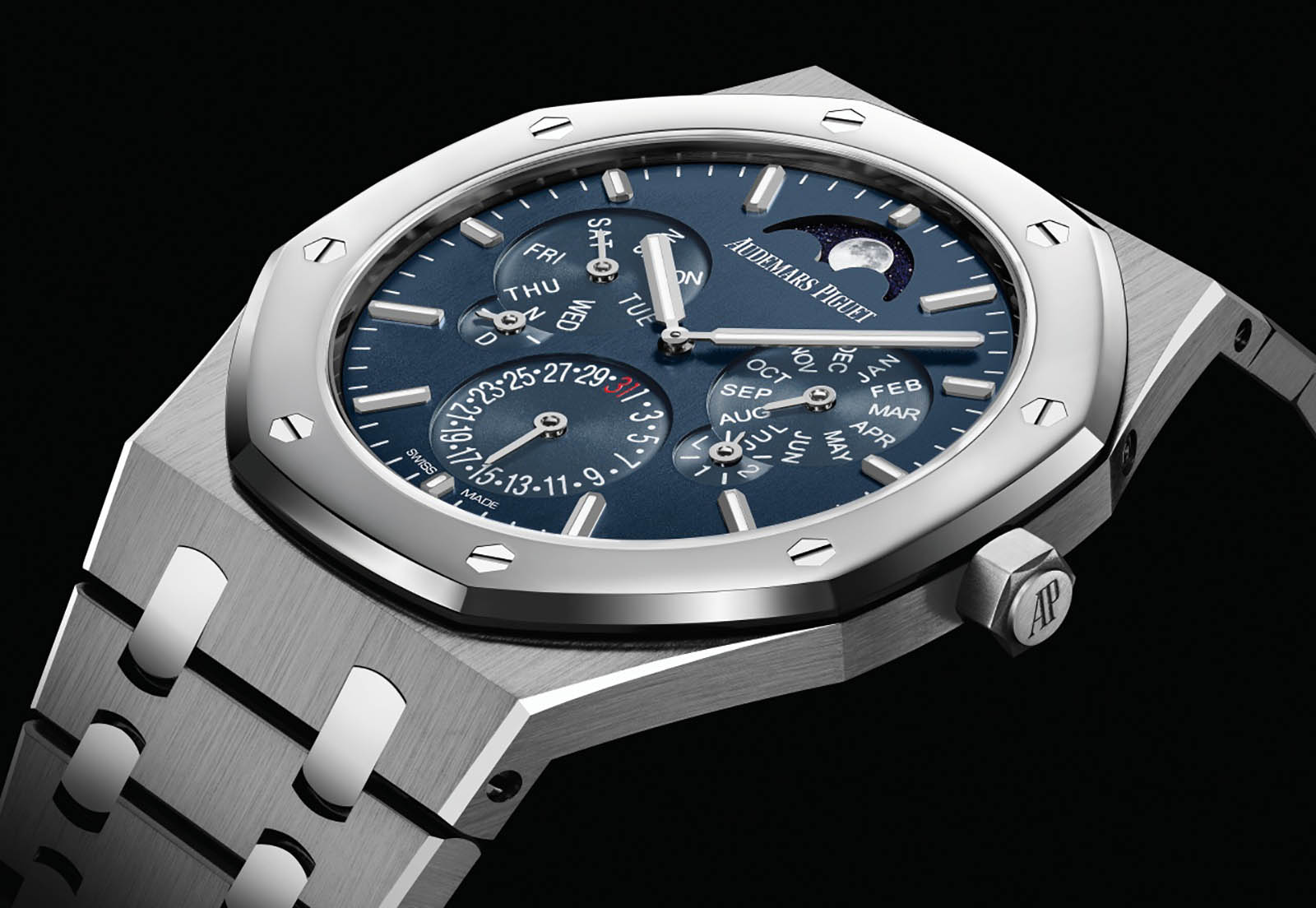 And instead of the signature tapisserie guilloche of the Royal Oak that was found on the RD#2, the dial of the new perpetual calendar has been simplified, giving it a lighter and less cluttered aesthetic. The dial is dark blue and finished with vertical brushing, making the hands and hour markers more prominent.

It’s a wise decision, since the dial has more sub-dials than the ordinary Royal Oak Perpetual calendar, with the additions of a day and night as well as leap year indicator that overlap with the larger sub-dials. 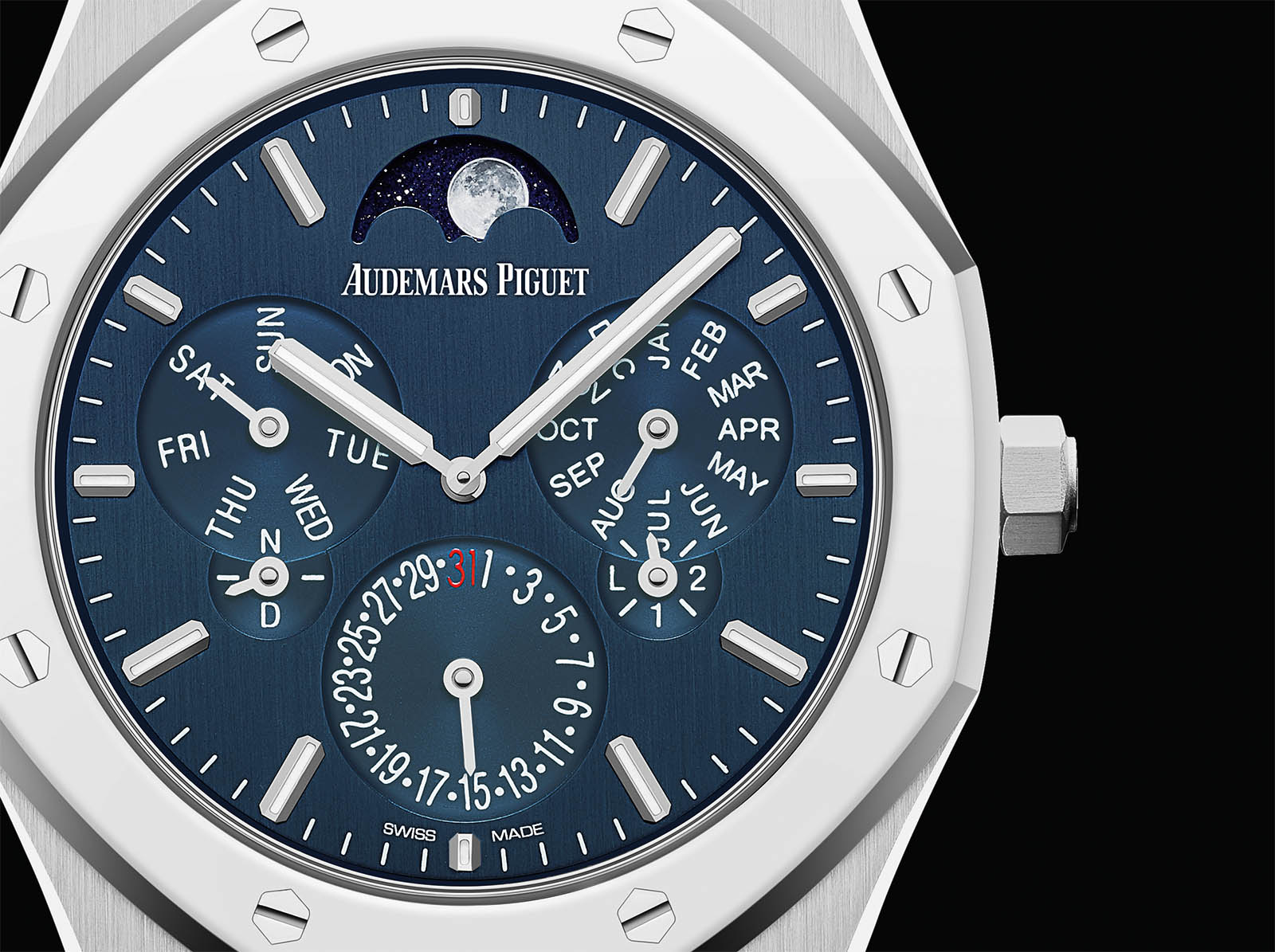 The day and night indicator at eight o’clock is now a single colour, instead of blue and white as on the RD#2

Despite the minor facelift, the watch is very much a Royal Oak. In fact, the dimensions mean it is physically reminiscent of the Royal Oak, the original ref. 5402 “Jumbo” from 1972. 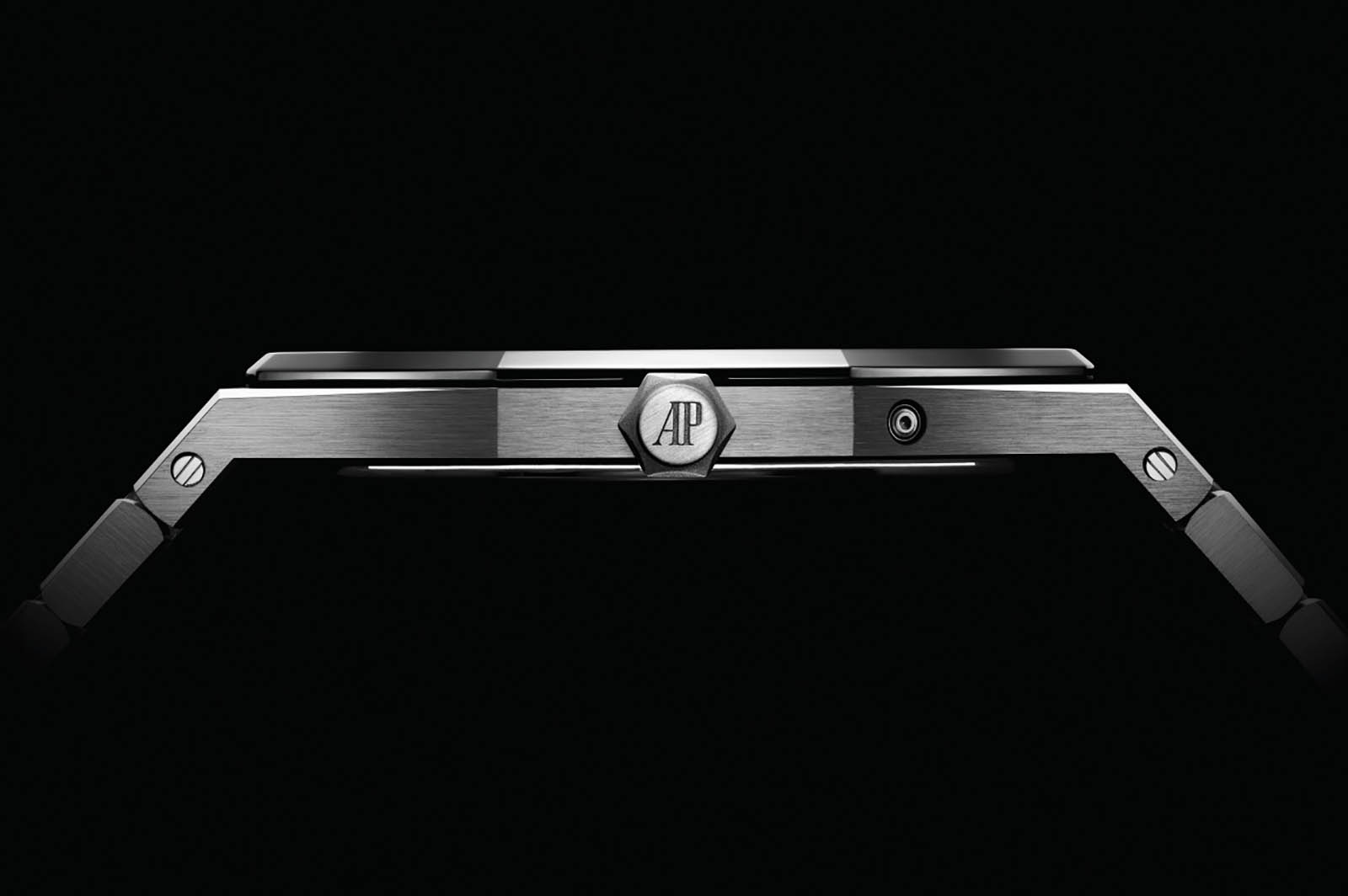 A new movement inspired by the past

The watch measures 41mm wide and 6.3mm in height, which is 3.2mm slimmer than the ordinary Royal Oak Perpetual Calendar. That’s all thanks to a newly developed movement that is ironically derived from one of the oldest, continuously produced movements in the industry. 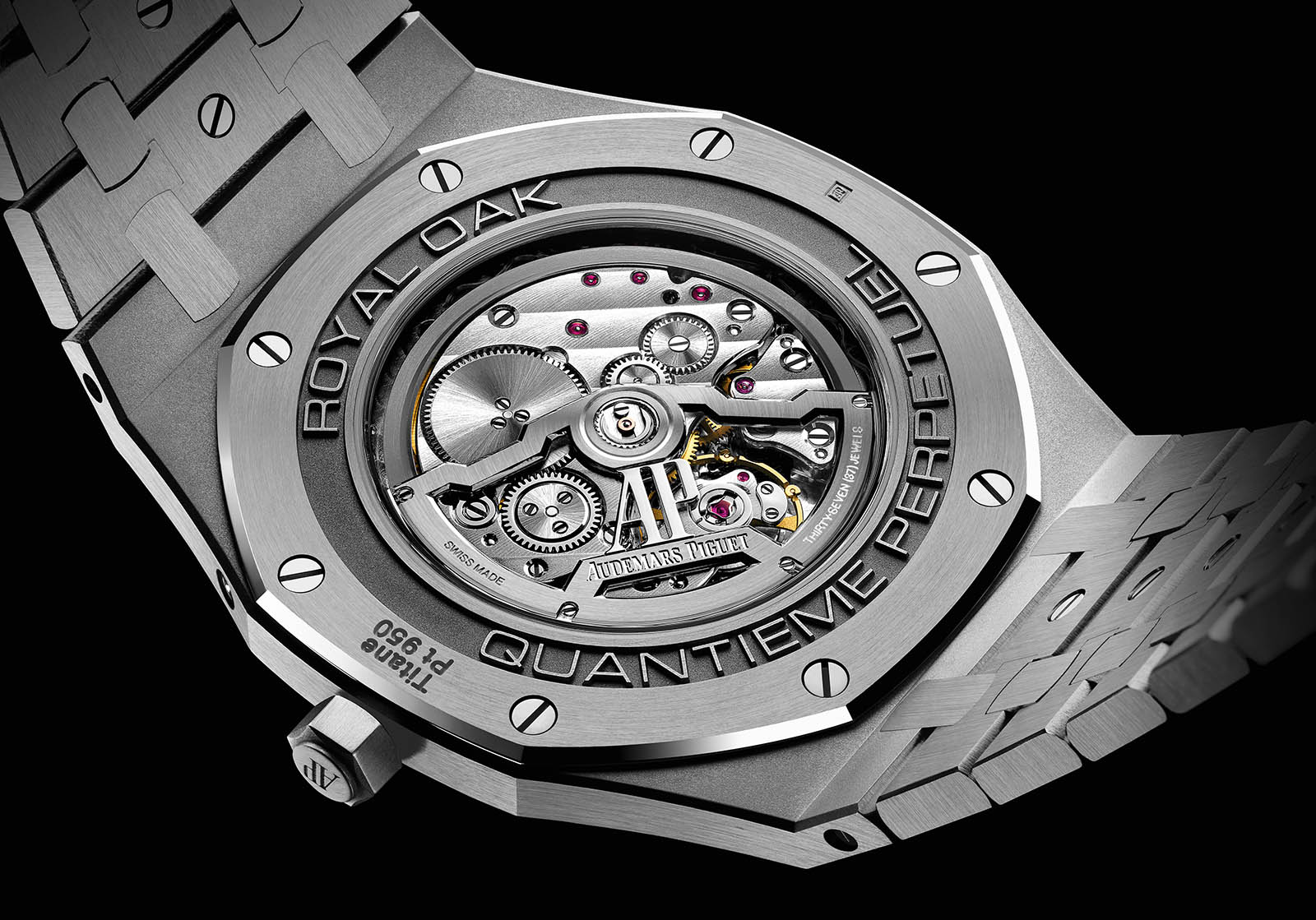 In production for half a century, the cal. 2120 was originally developed by Jaeger-LeCoultre as the cal. 920, but is now produced in-house by Audemars Piguet. A record breaker when it made its debut, the cal. 2120 features a “suspended barrel”, which means it has no upper bridge and runs only on the pivot in the base plate. 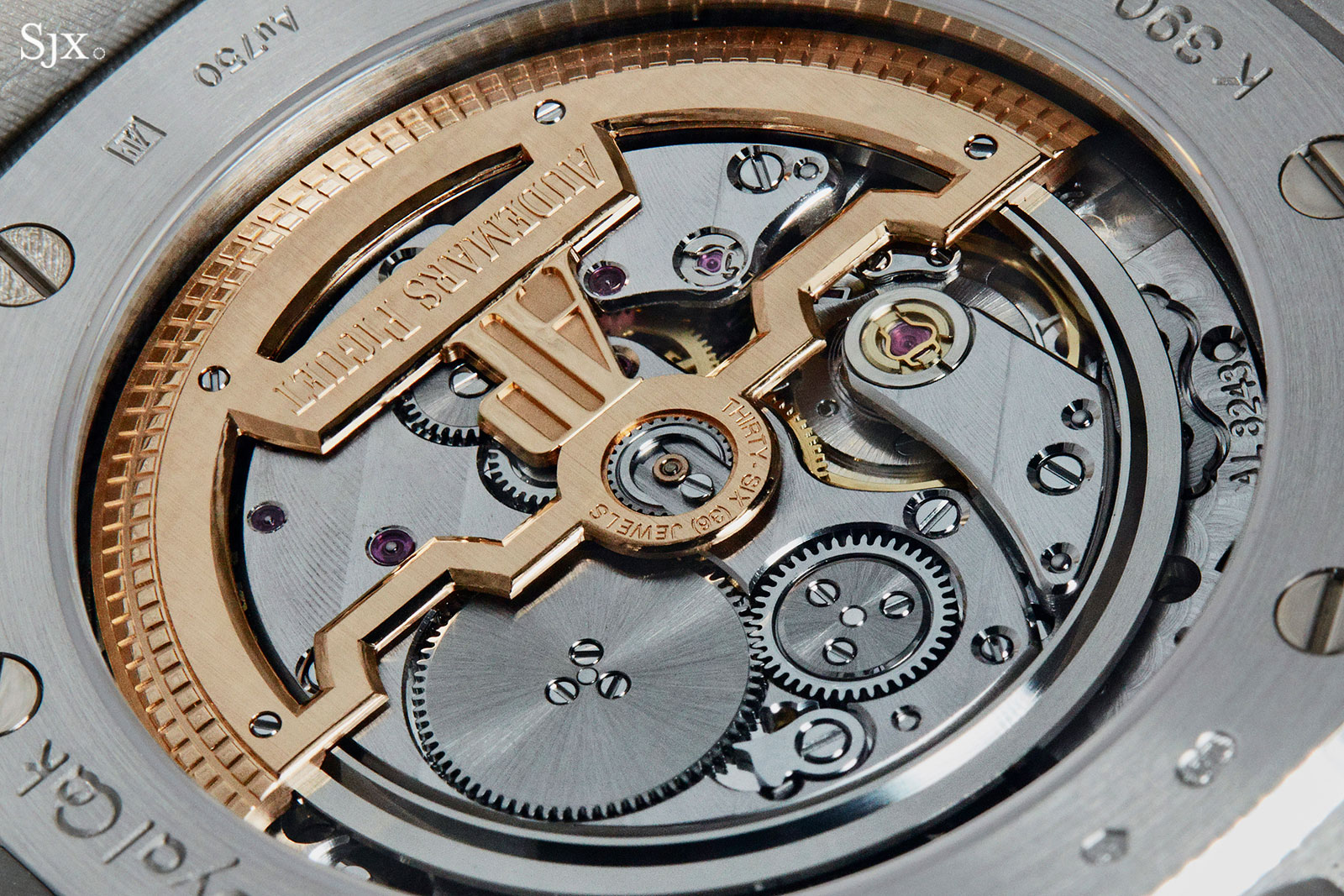 The cal. 2120 and its distinctive beryllium supporting ring

In addition, to reduce the thickness of the rotor, most of its mass is moved to its periphery. And to ensure greater stability, the rotor is supported by ruby rollers on its underside and its most distinctive element: a beryllium ring. 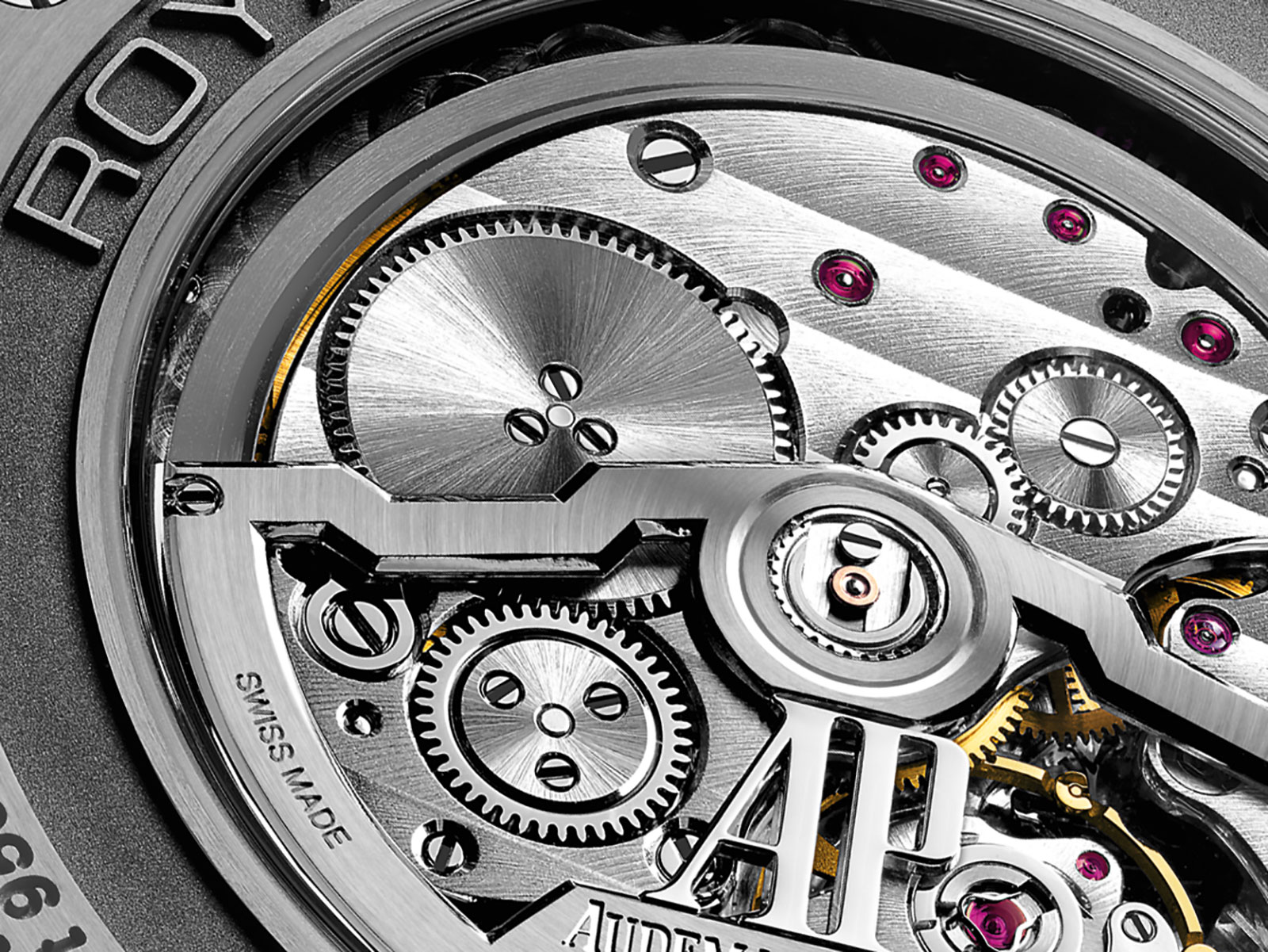 The new cal. 5133, again with a beryllium ring; also note the similarities in the winding, crown and barrel ratchet wheels

Not only is the new movement thinner, it is also simplified, being made up of 256 components as compared to 374 in the cal. 5134 inside the standard Royal Oak Perpetual Calendar (which is a cal. 2120 with a module on top).

Reducing the height of the movement so significantly meant the movement grew sideways. The cal. 5133 measures 32mm in diameter, as opposed to 29mm for the cal. 5134.

Audemars Piguet describes the movement engineering as akin to collapsing a three-storey building into one, spreading out the combined floor area over a large single storey. To achieve this, two patents were filed. The first concerns the date wheel which has an integrated end-of-month cam. It features a single irregular tooth that is deeper than the rest and advances the month disc by one increment at the end of the month. The date wheel and month wheel.

But what’s more impressive is the second patent, which redefines the 48-month wheel with a novel geometry using deep, curved grooves. This reduces the required tolerances of the levers, leading to a more reliable mechanism.

The movement has a frequency of 2.75Hz and despite its thinness, offers a respectable, albeit shortish, 40-hour power reserve.