During a chat with Montblanc watch division chief Davide Cerrato this weekend in Geneva – where the split-seconds chronograph he created for Only Watch sold for a 100,000 Swiss francs – he revealed the company had recently discovered a small number of finished Minerva MB M62.00 movements from the early 2000s.

Already decorated and assembled, the hand-wound movements were then paired with a specially designed dial to create a discreet limited edition.

The calibres were produced in 2003, during the brief period from 2000-2006 when Minerva was owned by Italian former billionaire Emilio Gnutti who was later convicted of insider trading.

Mr Gnutti radically remade Minerva after he took over, elevating it from a producer of competent and honest watches into one focused on ultra high-end timepieces with exceptional movement finishing. But his endeavour was not financially viable and he sold Minerva to Richemont, which integrated the brand into Montblanc.

The MB M62.00 in the new Heritage Small Second come from this period, so they have impeccable finishing.

But unlike Minerva movements produced after the Montblanc takeover, these movements were wholly finished prior to the Richemont takeover so they are only marked “Minerva” and “Villeret”.

Though the MB M62.00 are identical, both in style and finishing, to later movements marked “Montblanc”, aficionados will appreciate the nostalgic Minerva logo. 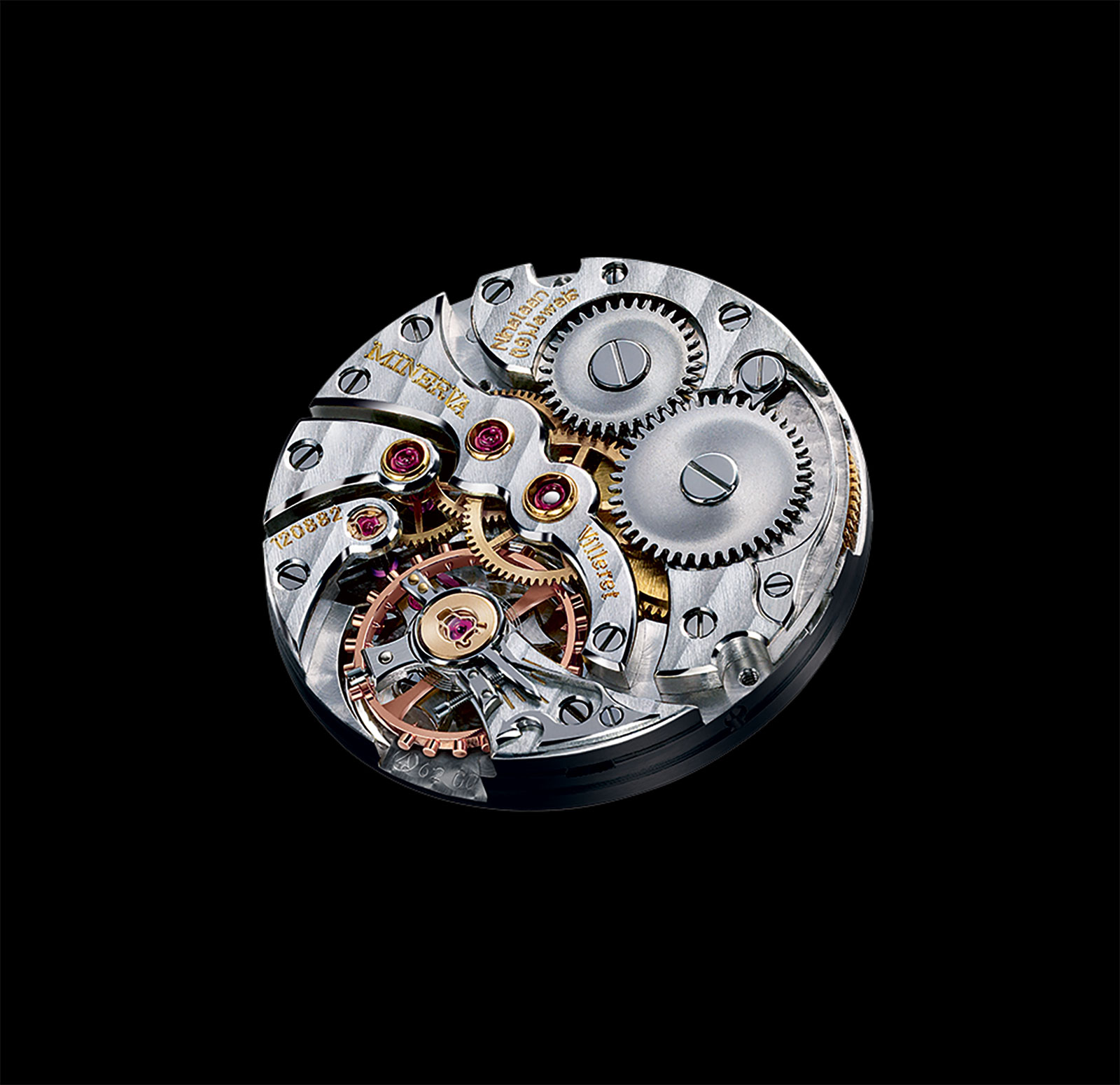 The MB M62.00 movement is derived from Minerva’s signature Pythagore calibre designed in the 1940s, a robust movement that was originally workmanlike in appearance. It was completely remade to create the MB M62.00.

All of the bridges were redesigned to have flowing lines and curves to accentuate the edge finishing. Tiny details were attended to as well: the winding click was given a long, elegant spring, and the balance wheel was upgraded to a screwed balance with an in-house hairspring. Even the swan’s neck regulator was revamped to include a small “devil’s tail” arrow that echoes the Minerva logo.

The movements, 38 of them in total, have been installed in a time-only watch with a two-tone “salmon” dial. It is a discreet limited edition, with only a few tweaks giving away the Minerva movement inside, with the most obvious difference being the sub-seconds as opposed to the centre seconds on the standard time-only automatic.

Slightly domed and featuring applied hour markers, the dial has a radially brushed central portion and a frosted chapter ring for the hours. Just under the logo 12 o’clock sits “MB 62.00”, revealing the quality of the movement inside. More subtle is the “secret signature” in between four and five o’clock – the Minerva logo to indicate the origin of the movement inside – used for the first time on a Montblanc watch. 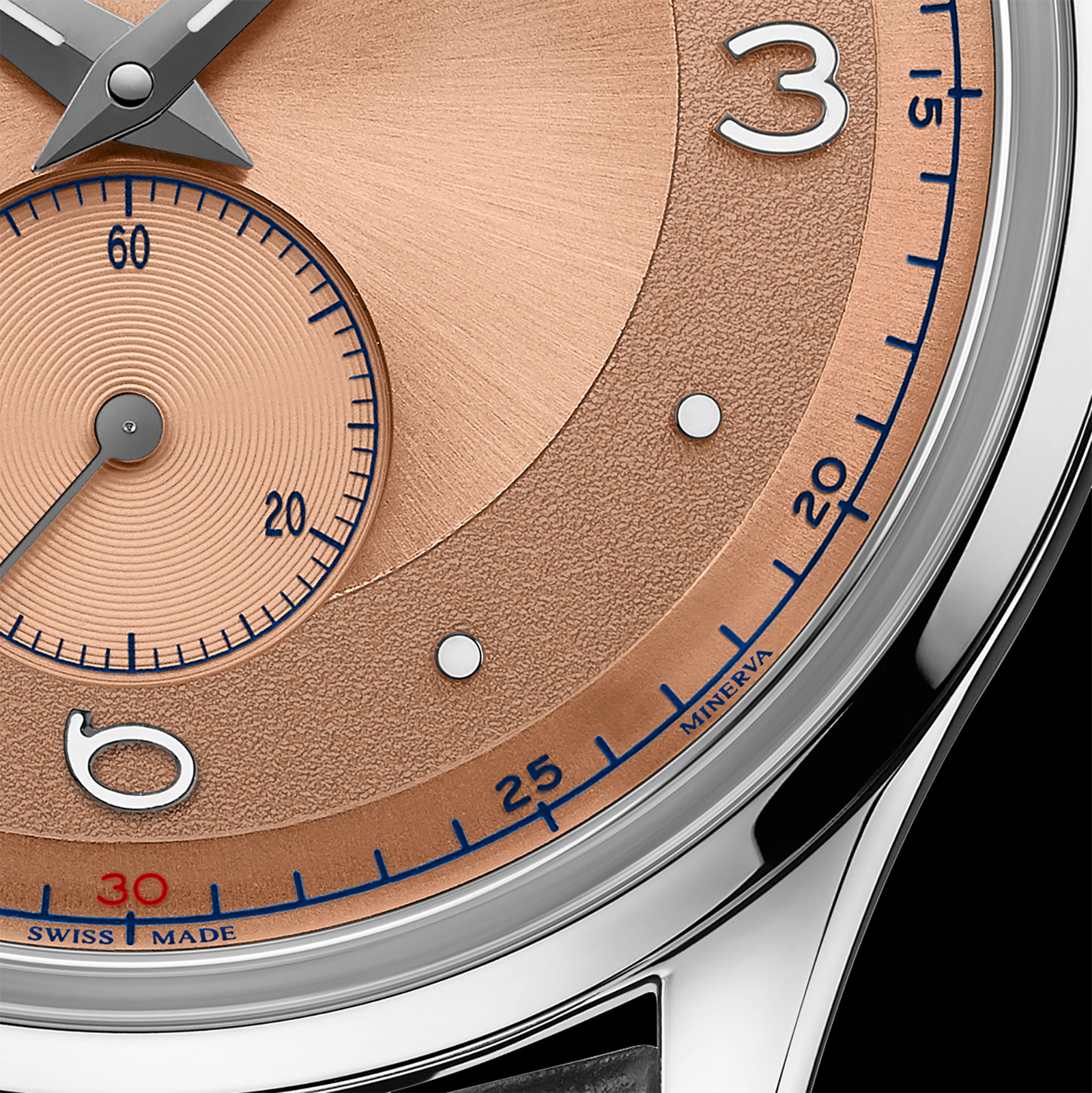 Elegantly proportioned by 39mm by 9.45mm, the case is steel with a polished finish, and identical in form as that on the standard model. It’s fitted with a domed sapphire crystal, and of course, a display back.

To mark 25 years of the Goodwood Festival.