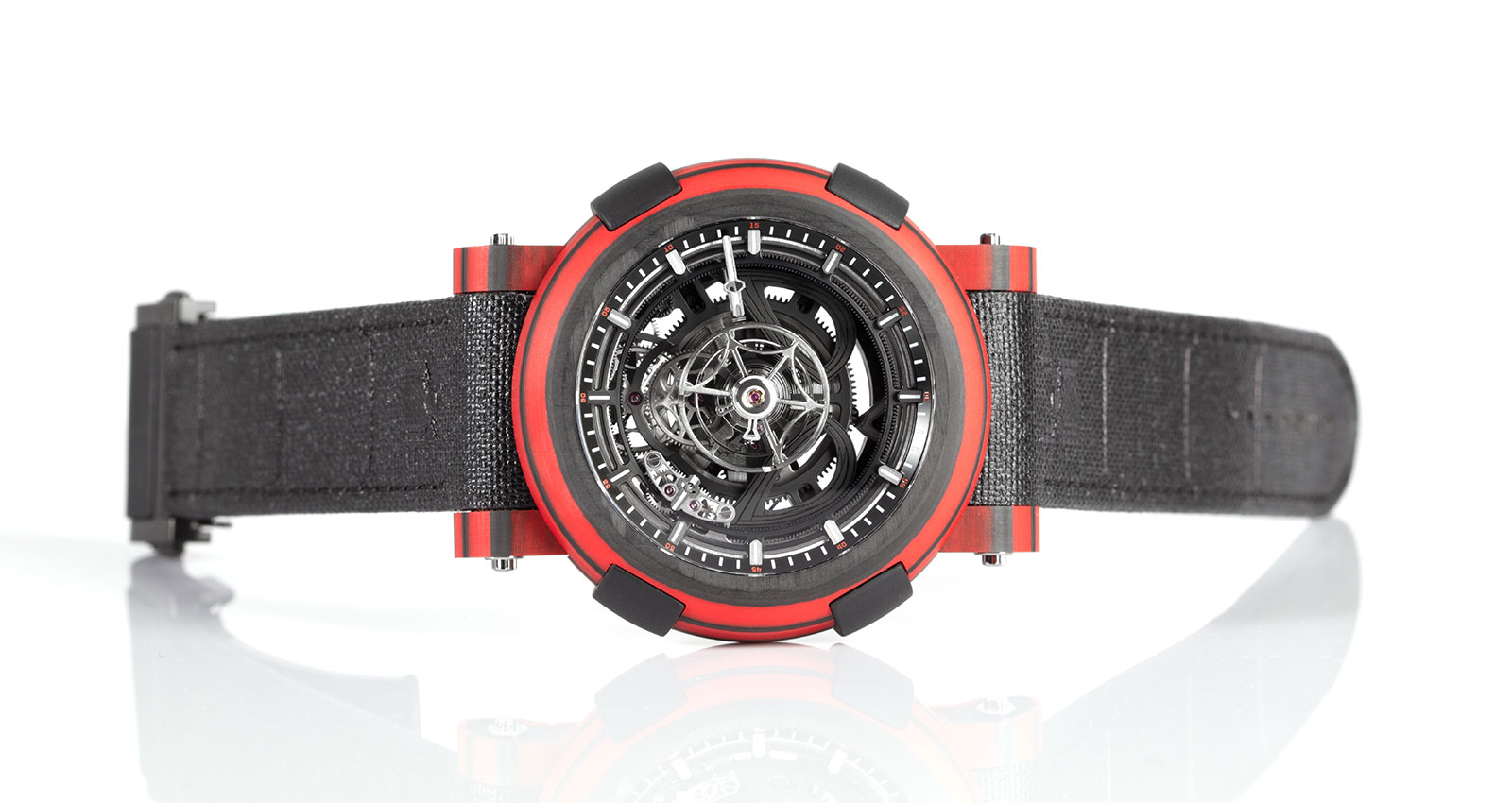 Though RJ has long used pop culture icons – from Hello Kitty to Pokemon to Super Mario – on its watches, the Arraw Spider-Man Tourbillon is the most interesting to date, because it’s powered by a newly developed movement boasting a central flying tourbillon and a six-day power reserve.

While earlier RJ cartoon- or comic-inspired were mostly standard watches with design tweaks, the new tourbillon modelled on Marvel’s web-slinger is mechanically interesting on several levels. The Arraw Spider-Man Tourbillon is powered by the RJ-7000, a hand-wound movement that, according to the brand, was developed in-house at its recently opened manufacture in Eysins, about 30 minutes from downtown Geneva. More notably is the fact that the concept of the movement was first developed by RJ chief executive Marco Tedeschi while he was studying micro-technical engineering at the École Technique de la Vallée de Joux (ETVJ).

The movement is fully skeletonised, with the large flying tourbillon sitting right in the centre. Though conventional tourbillons are extremely common, central tourbillons are notably uncommon. Only a few brands produce them, most notably Omega and Beat Haldimann, and now RJ. 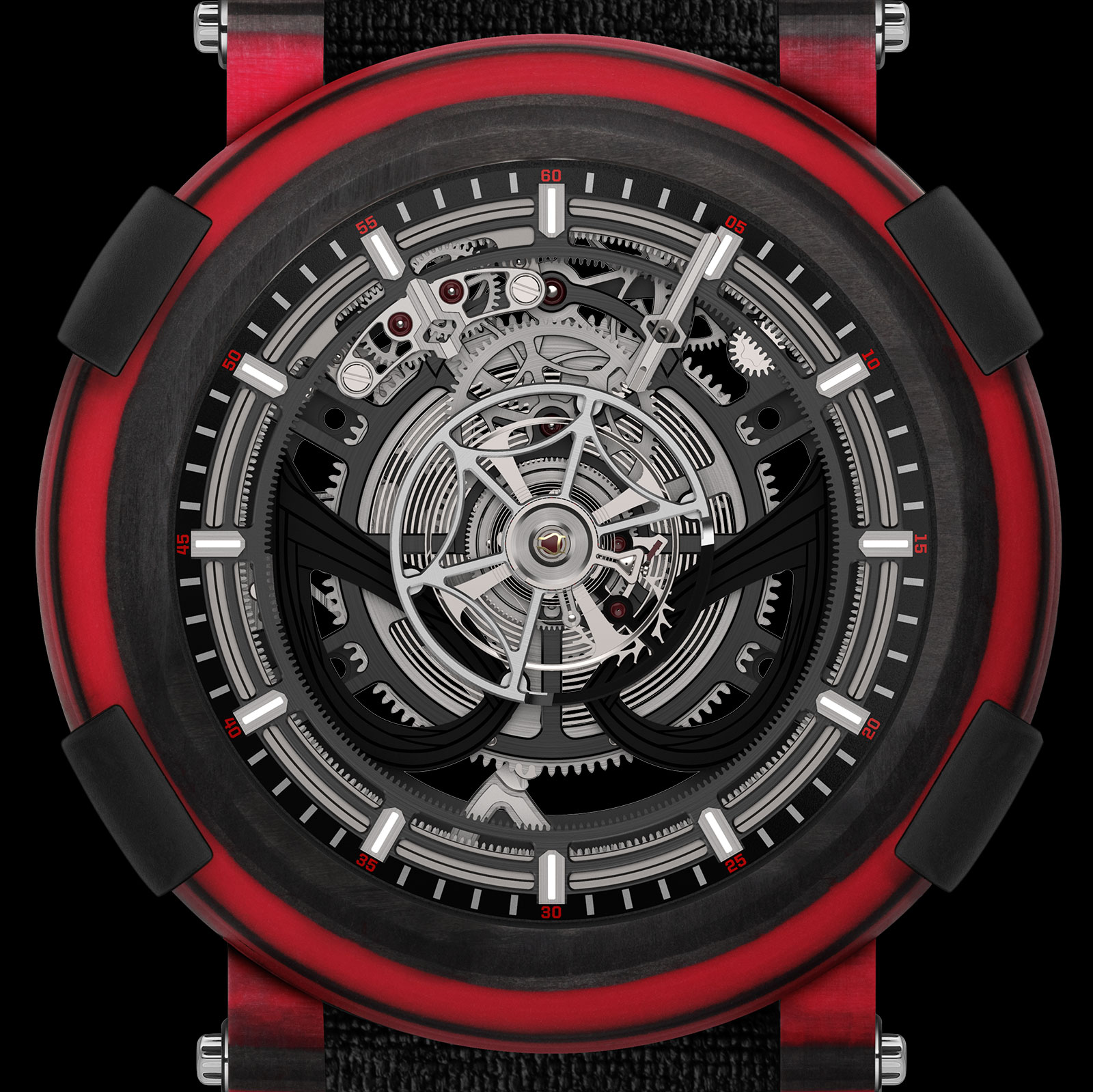 The planetary minute hand is linked to the going train and driven by planetary gears. And the minute hand in turn drives the hour hand, via a large toothed ring sitting on the edge of the movement. So legibility isn’t the best – the hands are small and blend into the skeleton movement – but it’s mechanically interesting and looks cool. 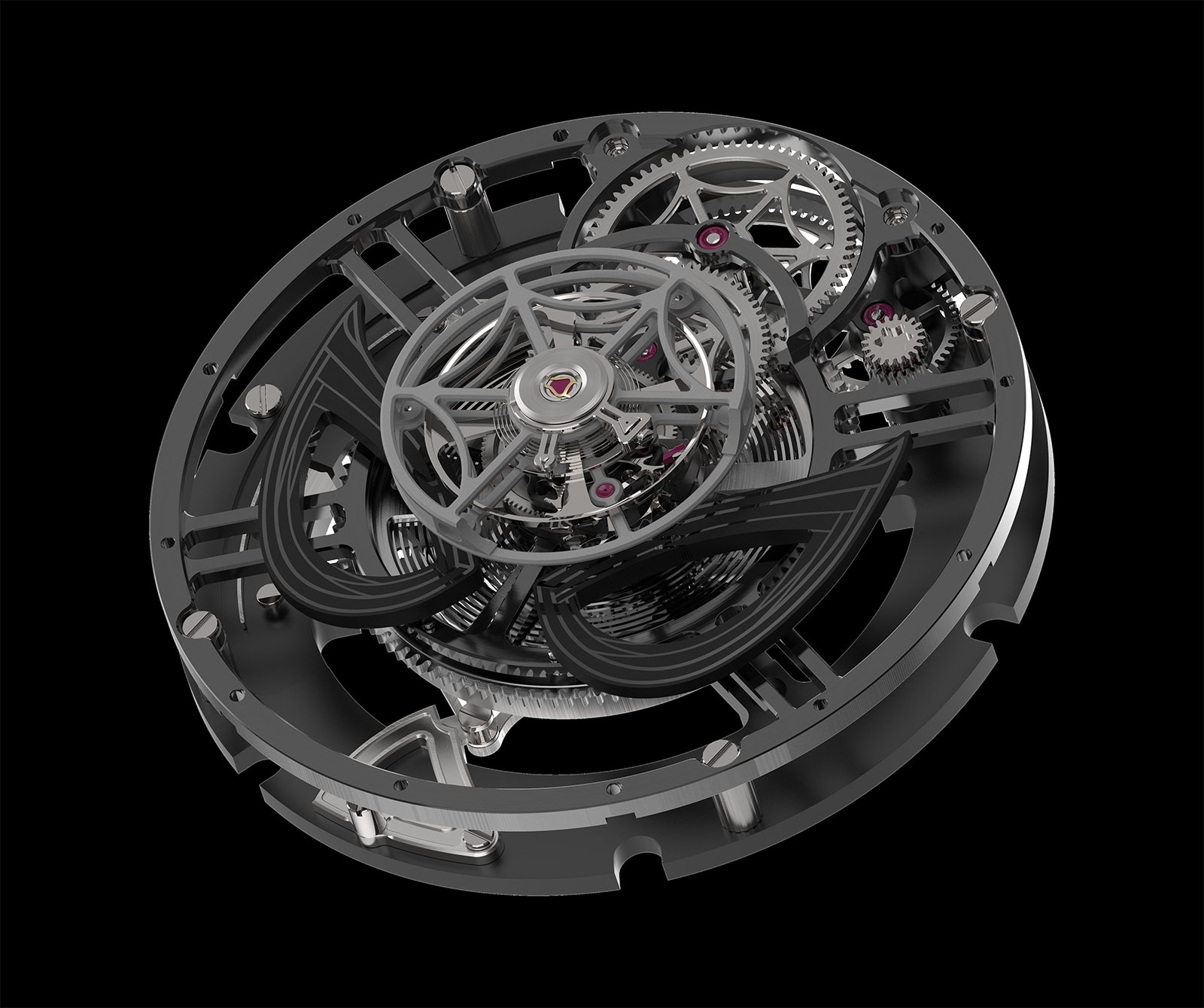 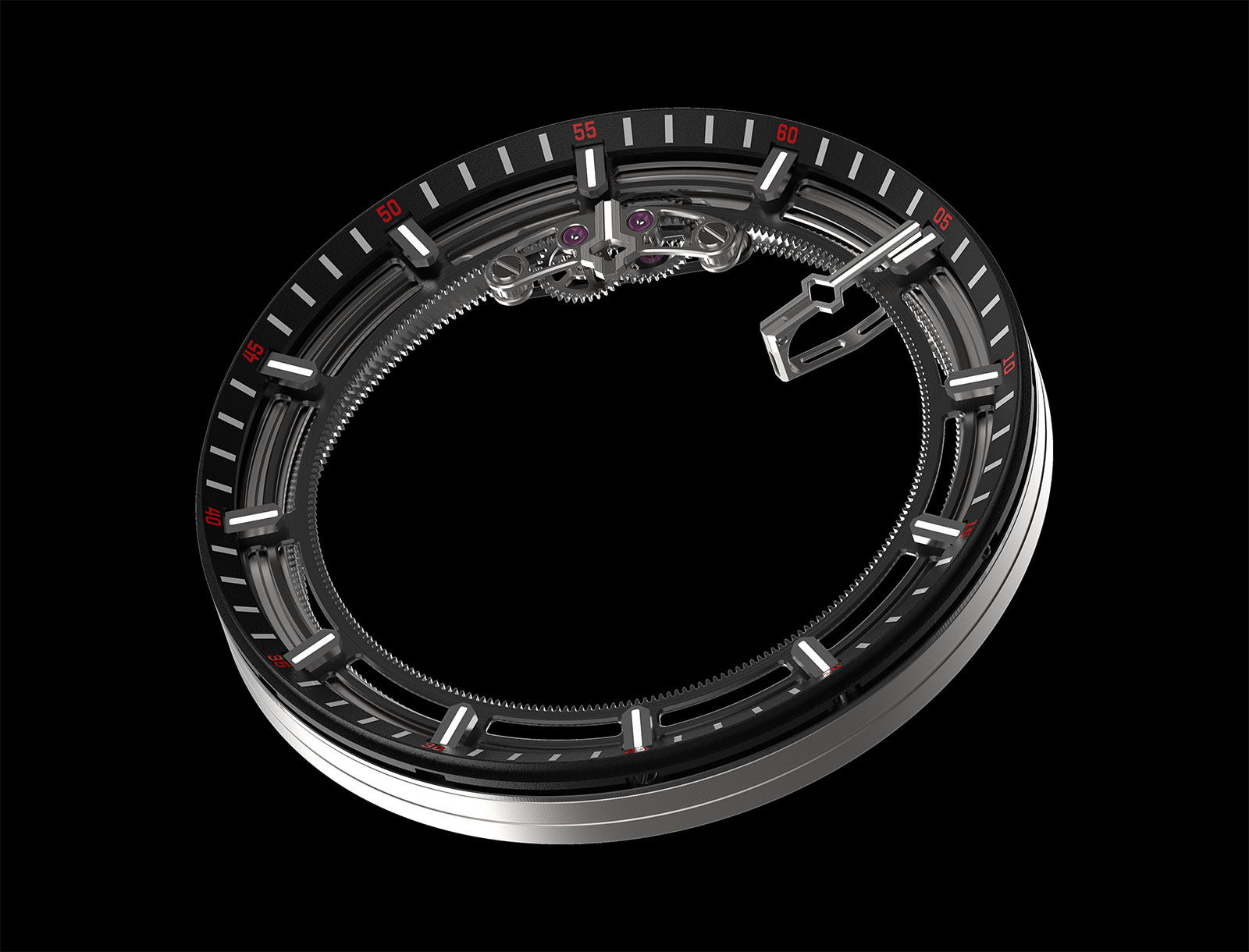 The hour hand (left), driven by small planetary gears, and the minute hand

Sitting below the tourbillon is a single, extremely large barrel that provides 150 hours, or about six and a quarter days, of power reserve. The barrel is wound directly via a large, pull-out ring on the back. When not in use, the ring sits in a recess and is flush with the case back.

Setting the time is done via the same ring, but a button in between the lugs at six o’clock has to be pressed to engage the setting mechanism. To facilitate that, the strap has a quick release system: pressing on the screw heads on each lug releases the strap. 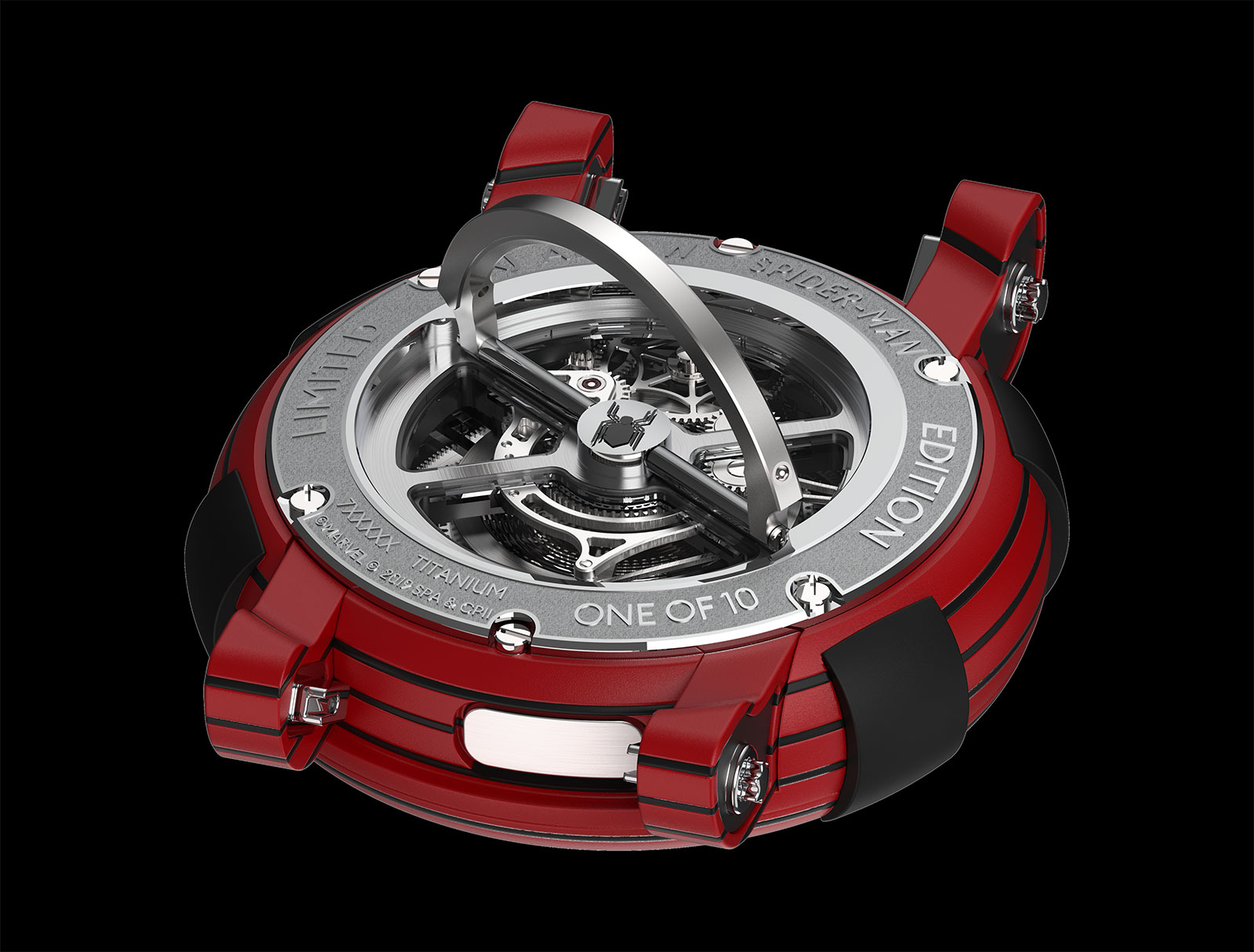 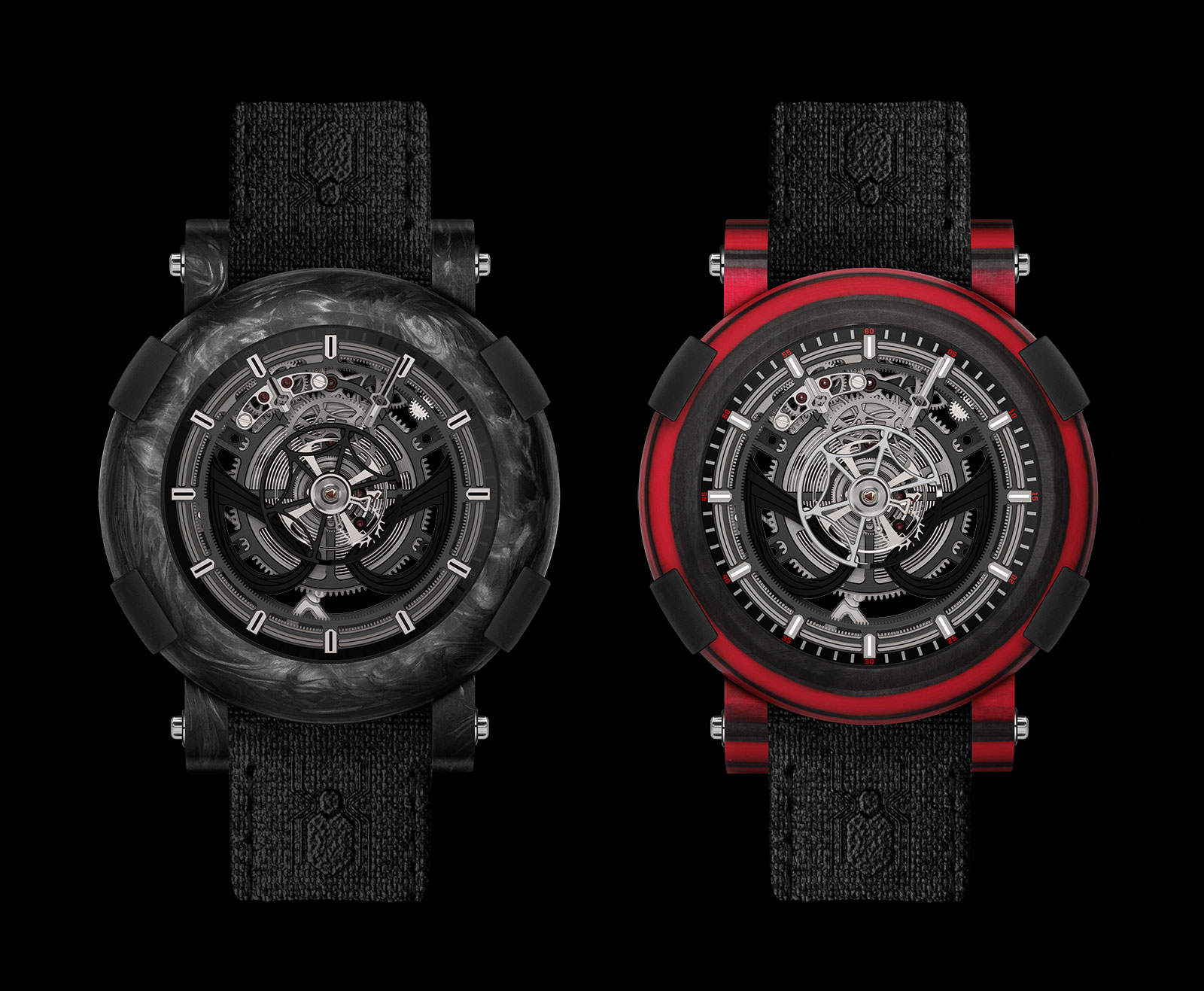 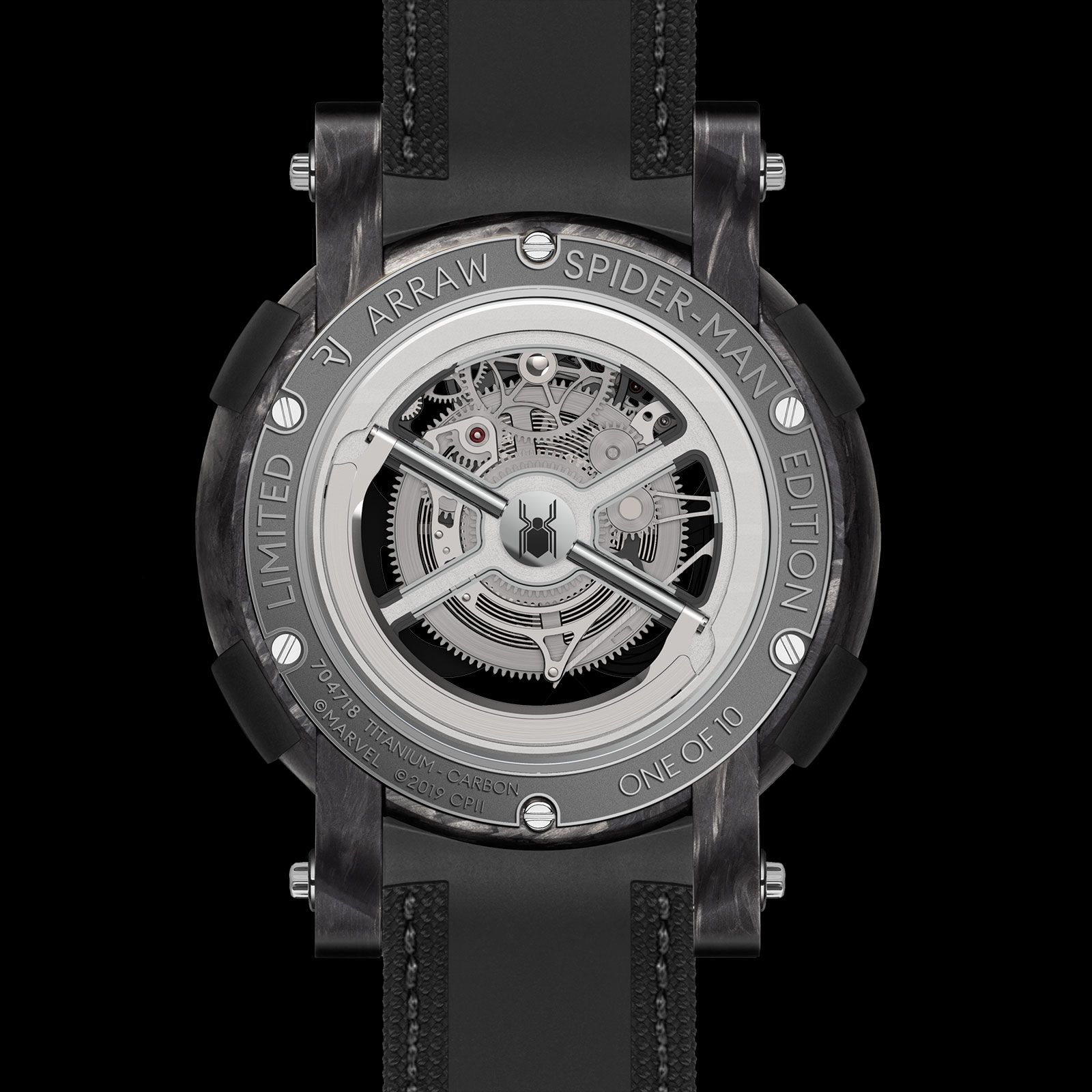 Both can styles are identical in size and design, measuring 45mm in diameter with four rubber bumpers fitted on the sides. Crystals on both sides are sapphire, but the one on the front is domed. And the case back is titanium.

The Arraw Spider-Man Tourbillon starts at US$92,000 for the Stealth version, which is a moderate price as such watches go. 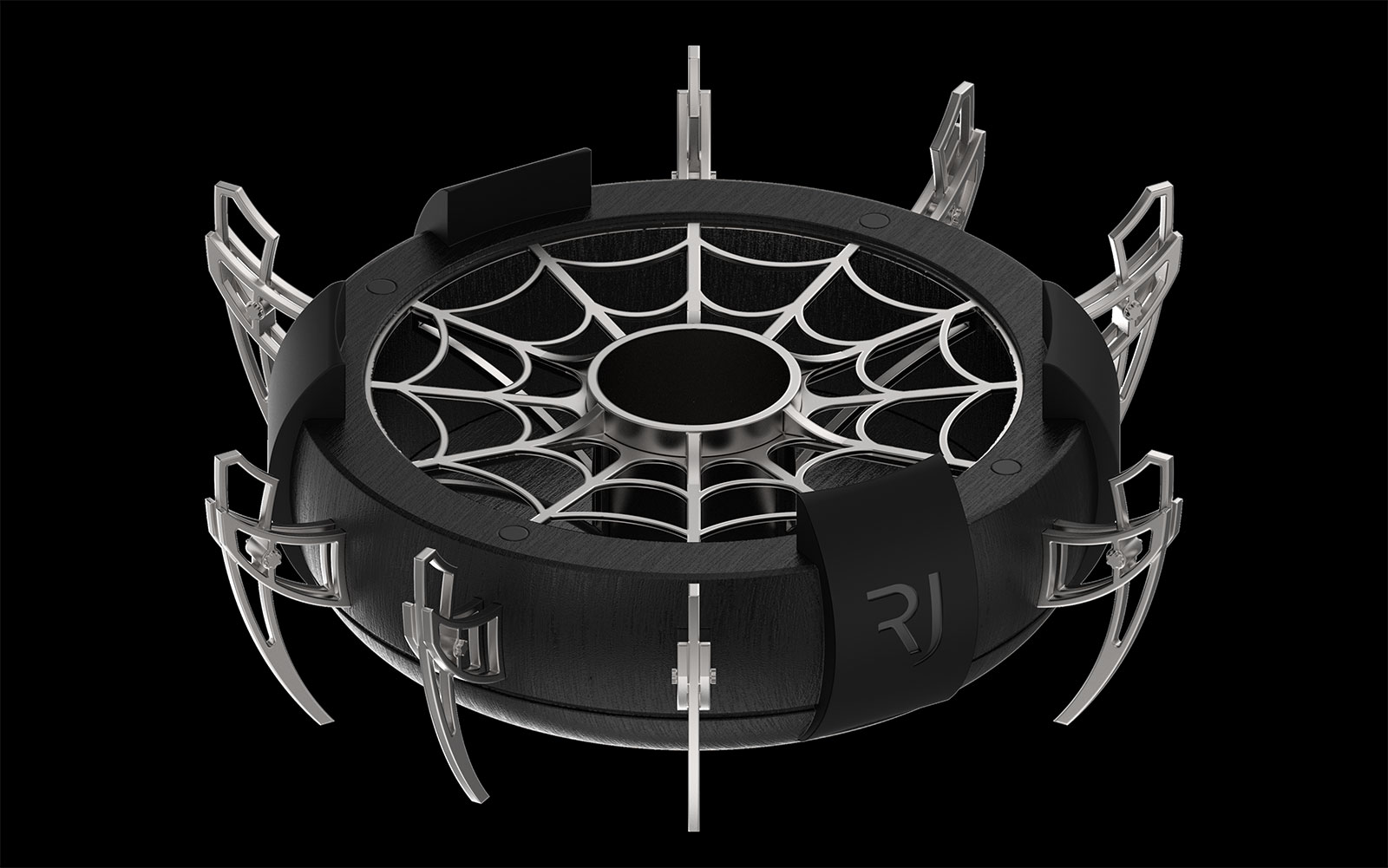 Update October 18, 2019: Added the fact that the movement idea was developed by Marco Tedeschi.