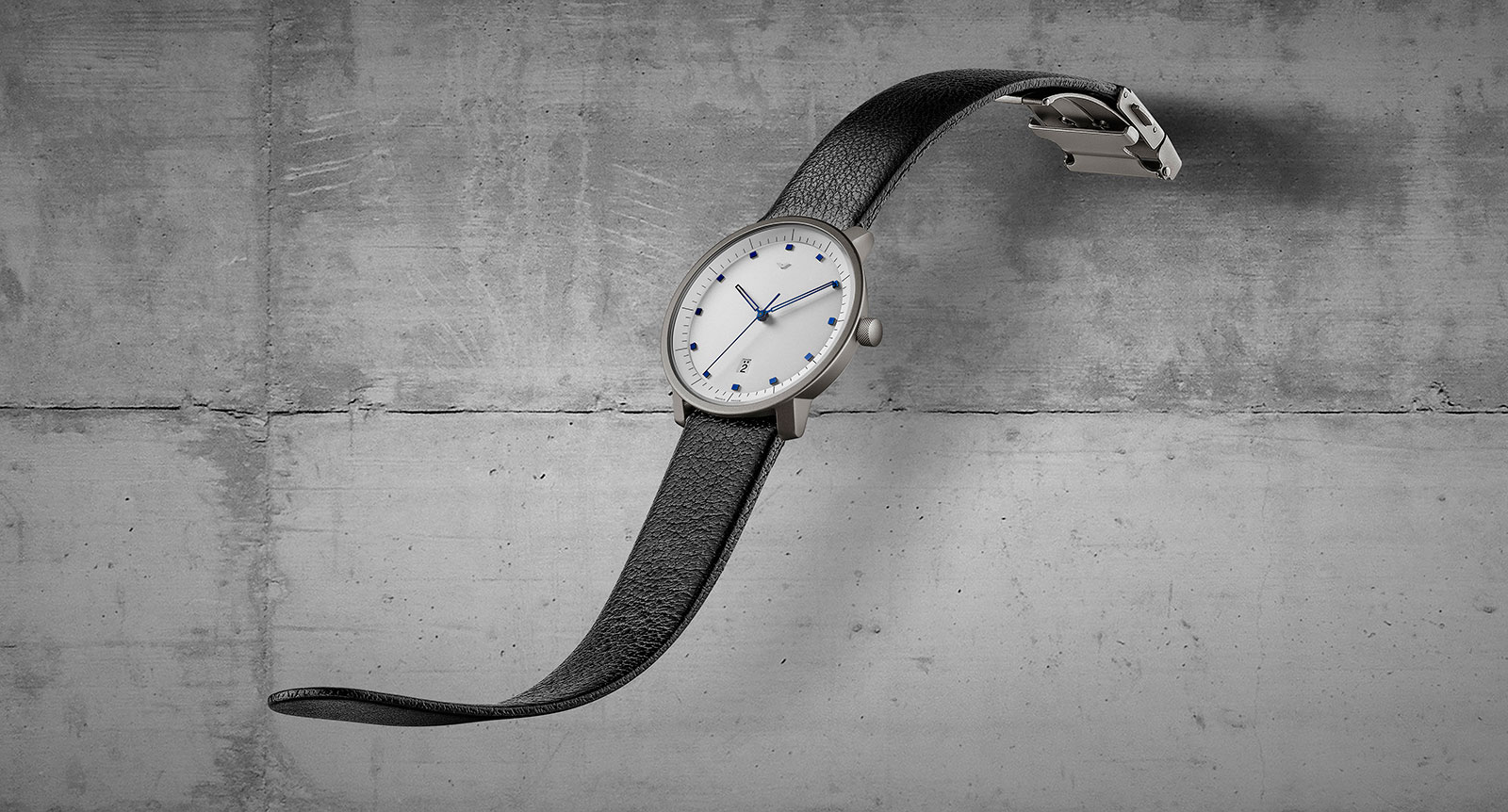 Watch collectors who were around in the late 1990s and early 2000s would remember Ventura. It specialised in – literally – design watches. All its timepieces were created by noted industrial designers, including Flemming Bo Hansen and more frequently, Hannes Wettstein, who also designed the Nomos Zurich.

The house style was sleek, pared back, slightly Scandinavian, but also distinguished by unusual materials – Ventura made liberal use of surfaced hardened titanium (Titanox) and steel (Durinox), a great novelty at the time. 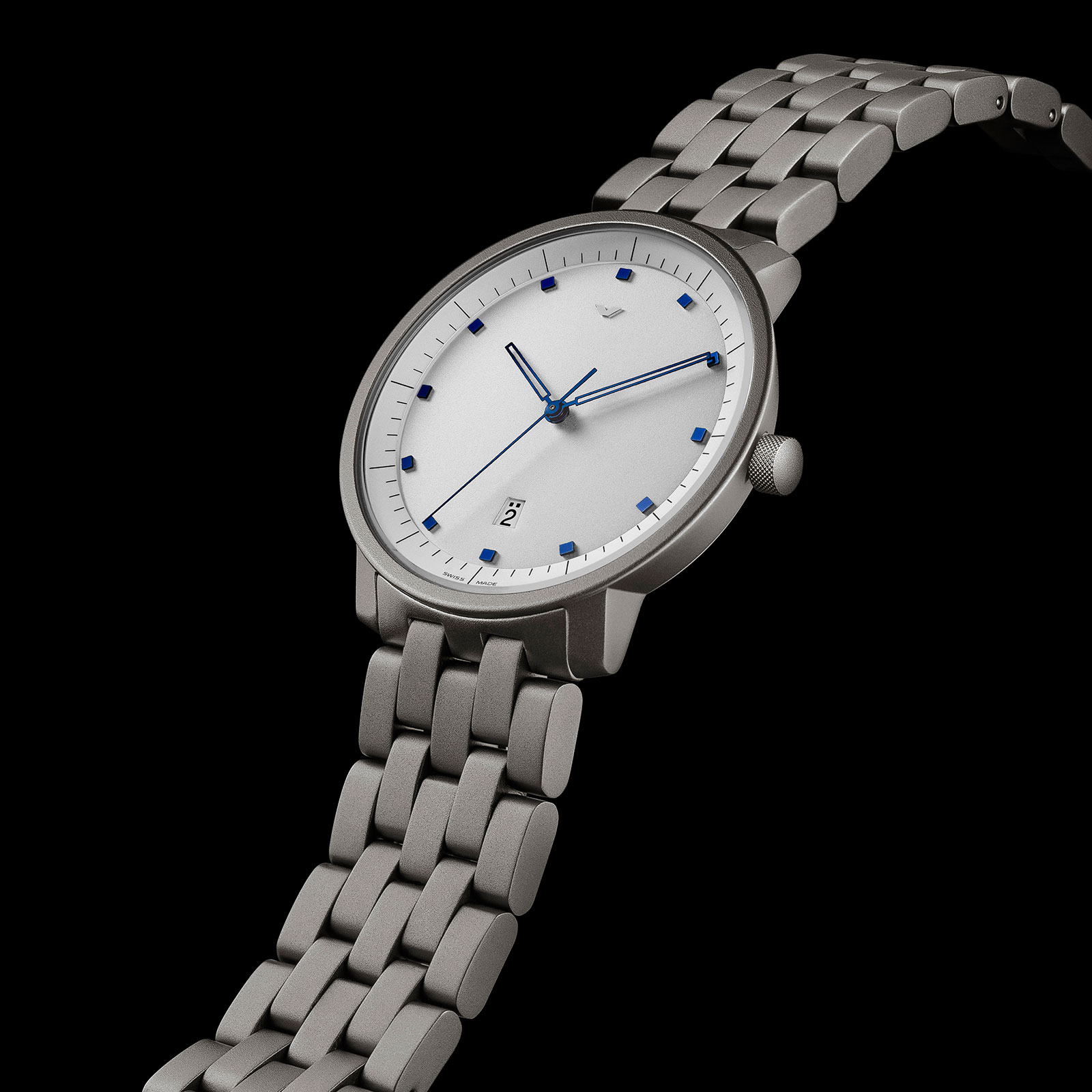 But the brand made a pivot into high-end, self-winding electronic watches in the early 2000s, which unsurprisingly ended in Ventura going bust. Now Ventura is being resurrected by its former owner, UK-based watch importer Zeon Ltd (that’s in turn owned by a Hong Kong watch manufacturer), in partnership with Stephan Hürlemann, the designer who took over Wettstein’s studio after his death.

I liked very much what Ventura was doing back in the day – the combination of design and materials was unique – but the original watches were surprisingly expensive, particularly by the standards of the time. The new remakes manage to reproduce the original design in a similar alloy, at a notably affordable price.

The revived Ventura sticks to a tried and tested sales formula: direct to the consumer via crowdfunding platform Kickstarter, making the new Ventura watches notably affordable, starting at US$900. (Intriguingly, today’s Ventura is not the only offshoot of the original company. Pierre Nobs, one of the cofounders of the original Ventura in 1989, recently set up Bolido in partnership with a Swiss designer Simon Husslein.)

The first watch in the line-up is the V-matic Ego, an three-hand automatic with date. Stark and symmetrical, the original was one of the most recognisable Ventura watches, and the remake smartly manages to be almost an exact copy.

It has a 41mm case in the distinct style of the original, with inward sloping sides, short lugs and a practical, knurled crown. 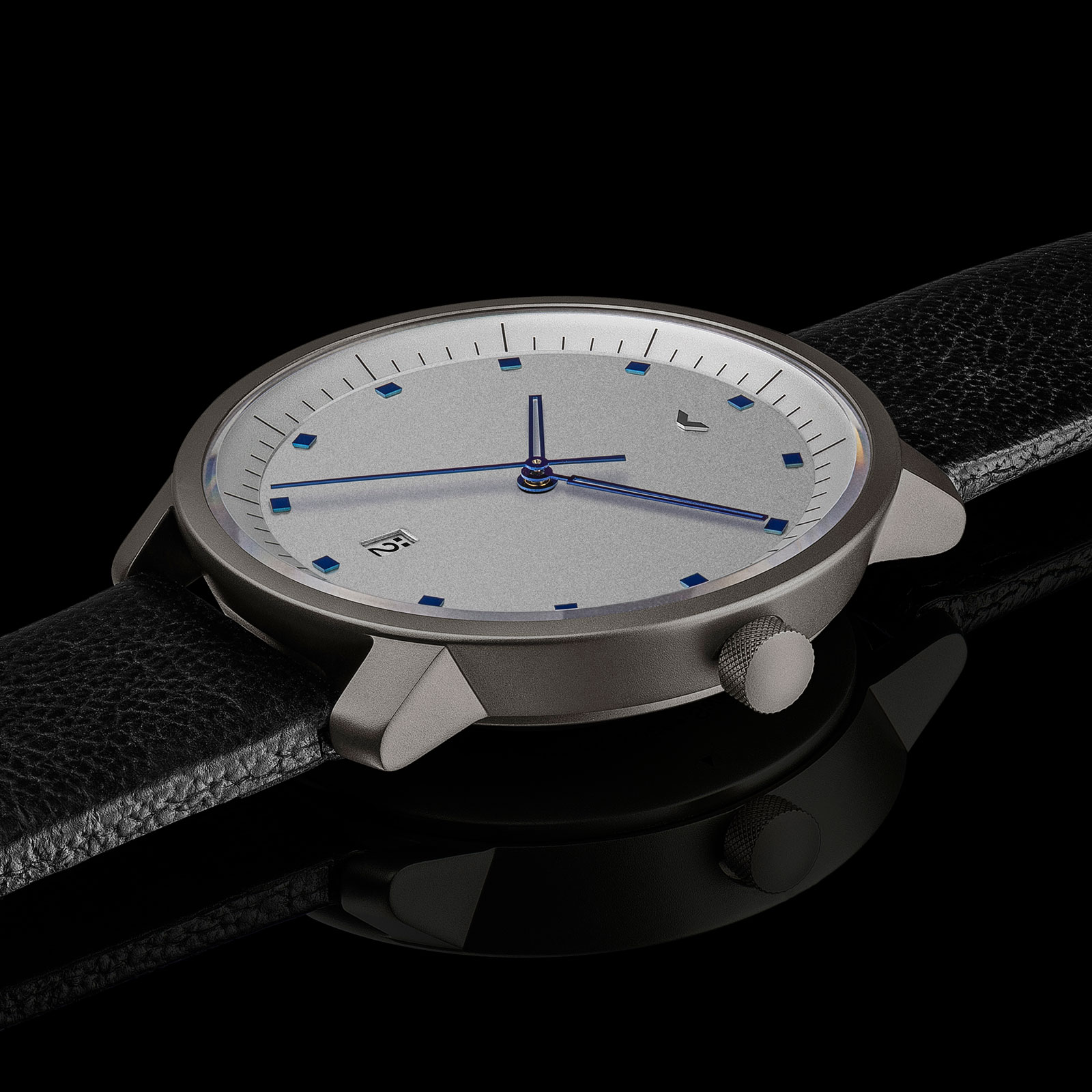 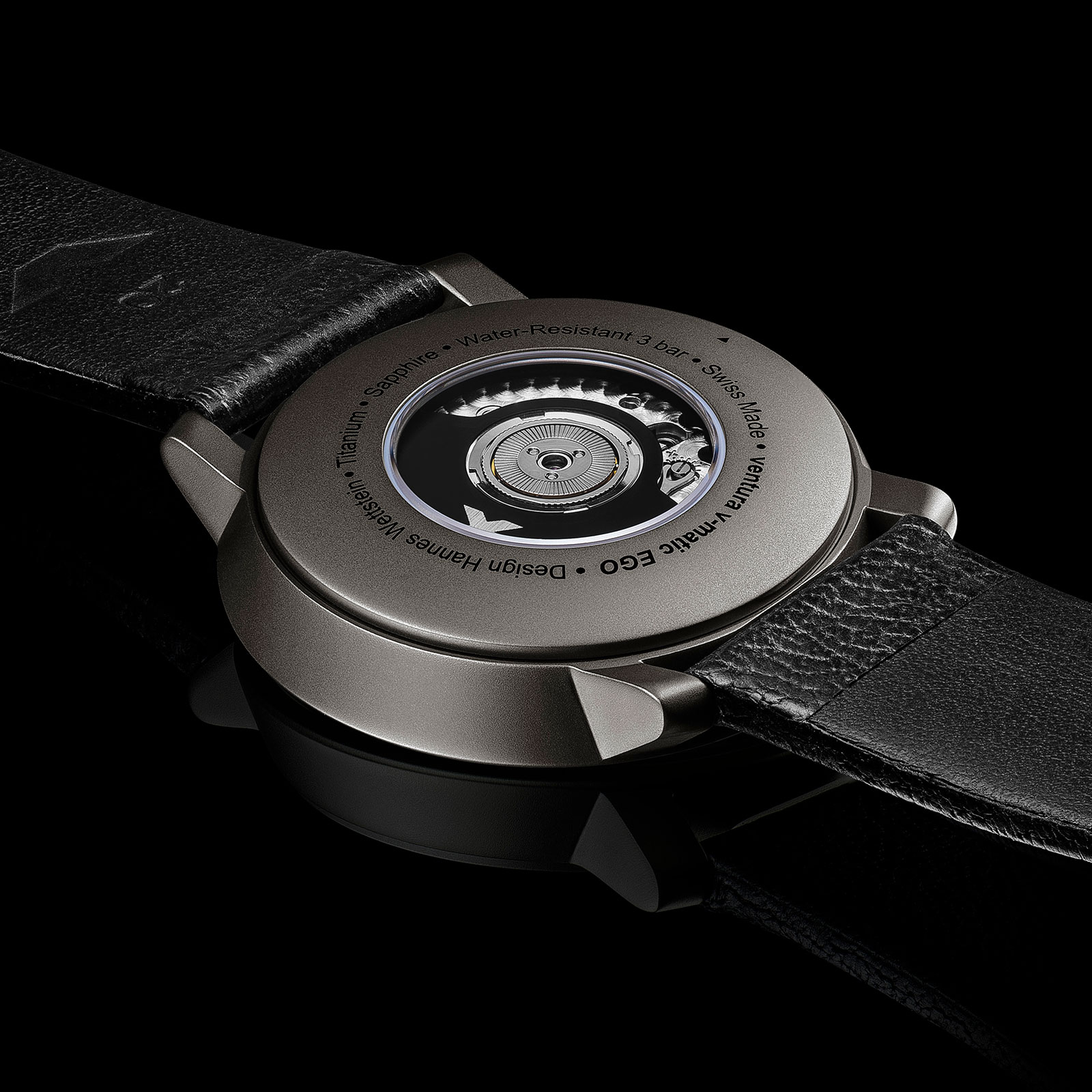 Inside is an ETA 2892, the low-cost workhorse movement that does its job well, and will run for 42 hours on a full wind. 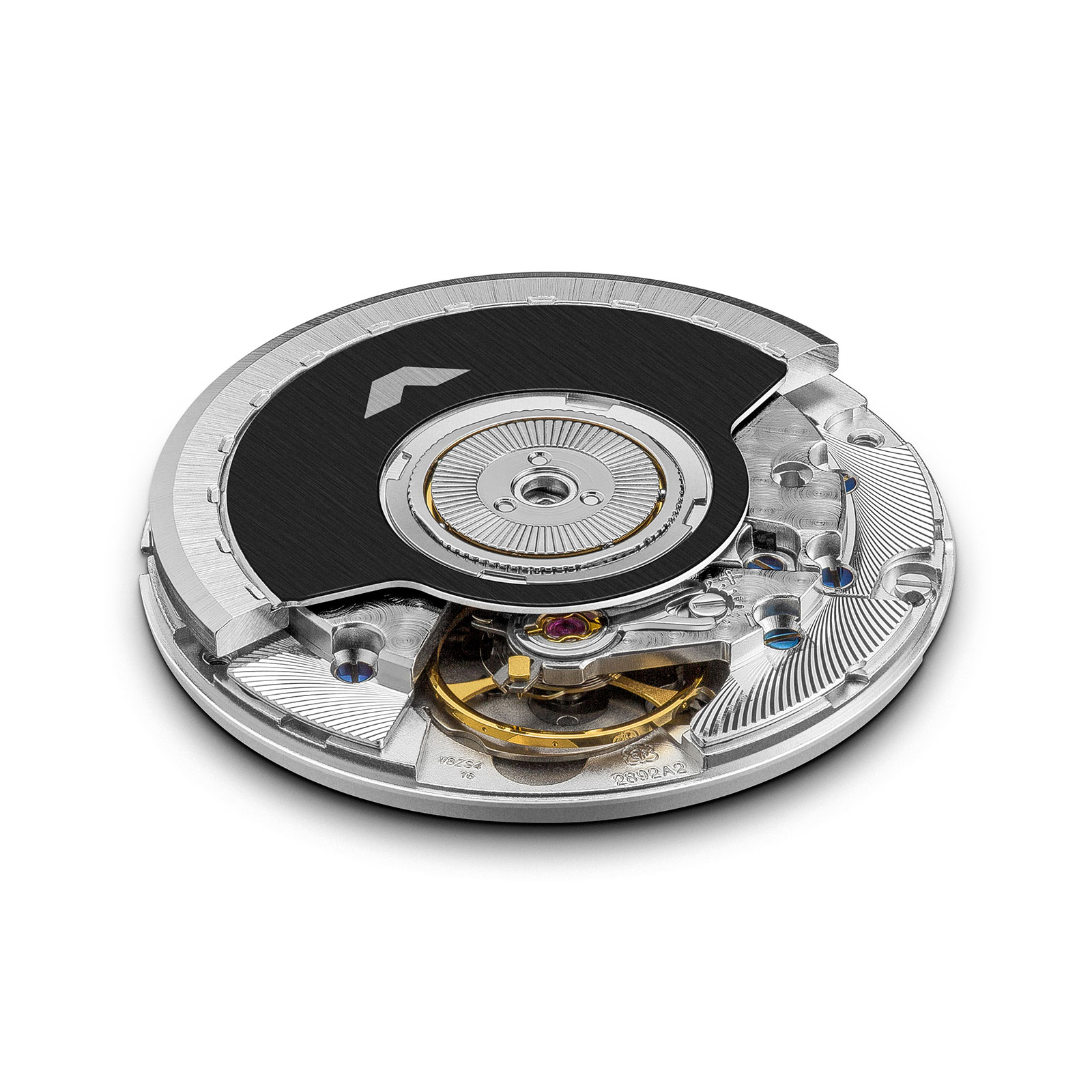 The new V-Matic Ego faithfully sticks to the original design, from the open-worked hands to the square hour markers. But crucially, and this is important, the watch retains Wettstein’s clever “dot” date display. The tens of the date numeral are represented by a dot, allowing for larger numerals and better legibility, while making the date display less cluttered. 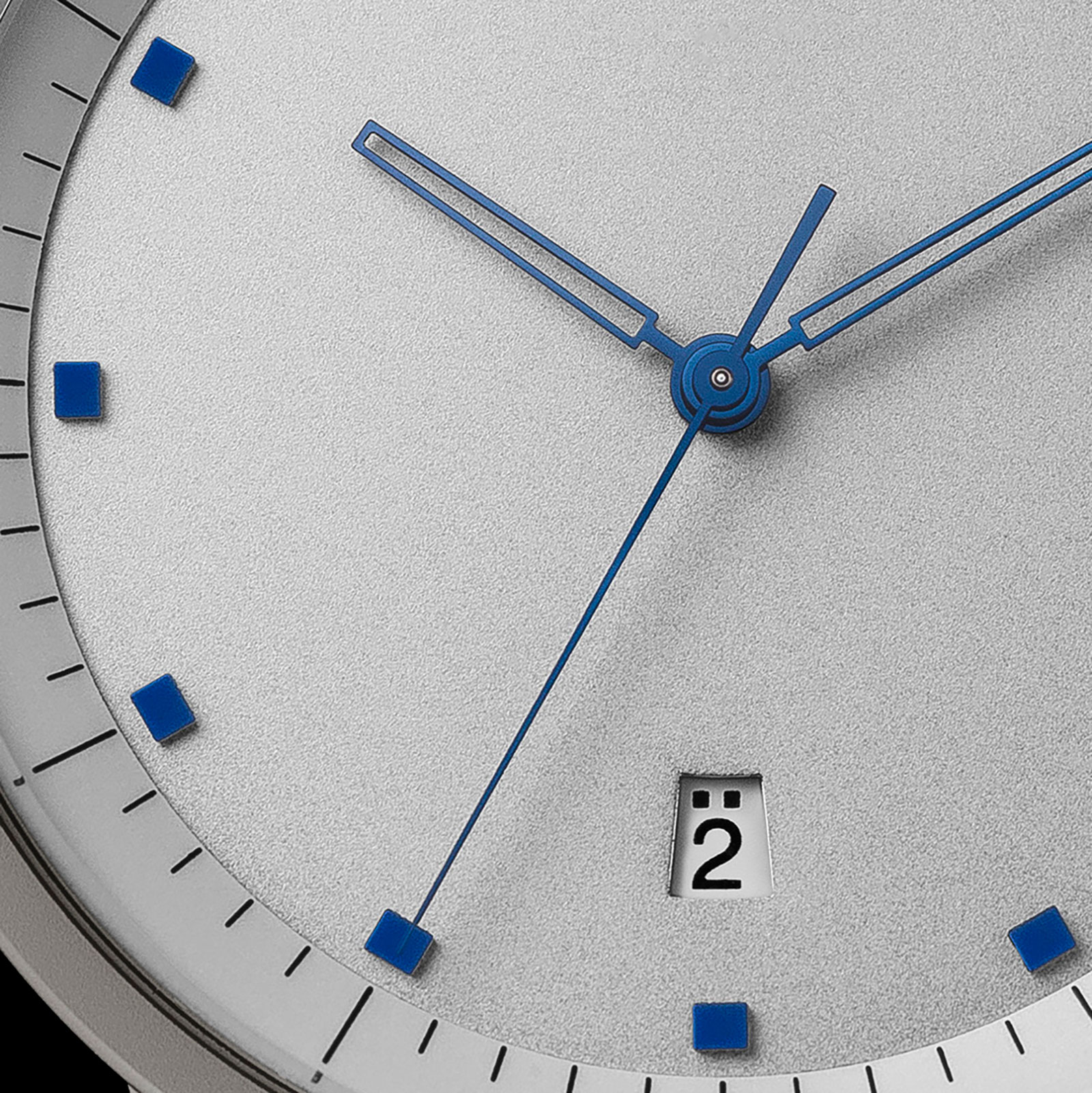 As it was with the original, two dials are offered: a grained silver with blue hands and indices, or a stark black and white.

Both are available with either a leather strap, or hardened titanium bracelet for not very much more, making it a compelling upgrade. And the folding clasp for the leather strap is also a reproduction of that found on the original. 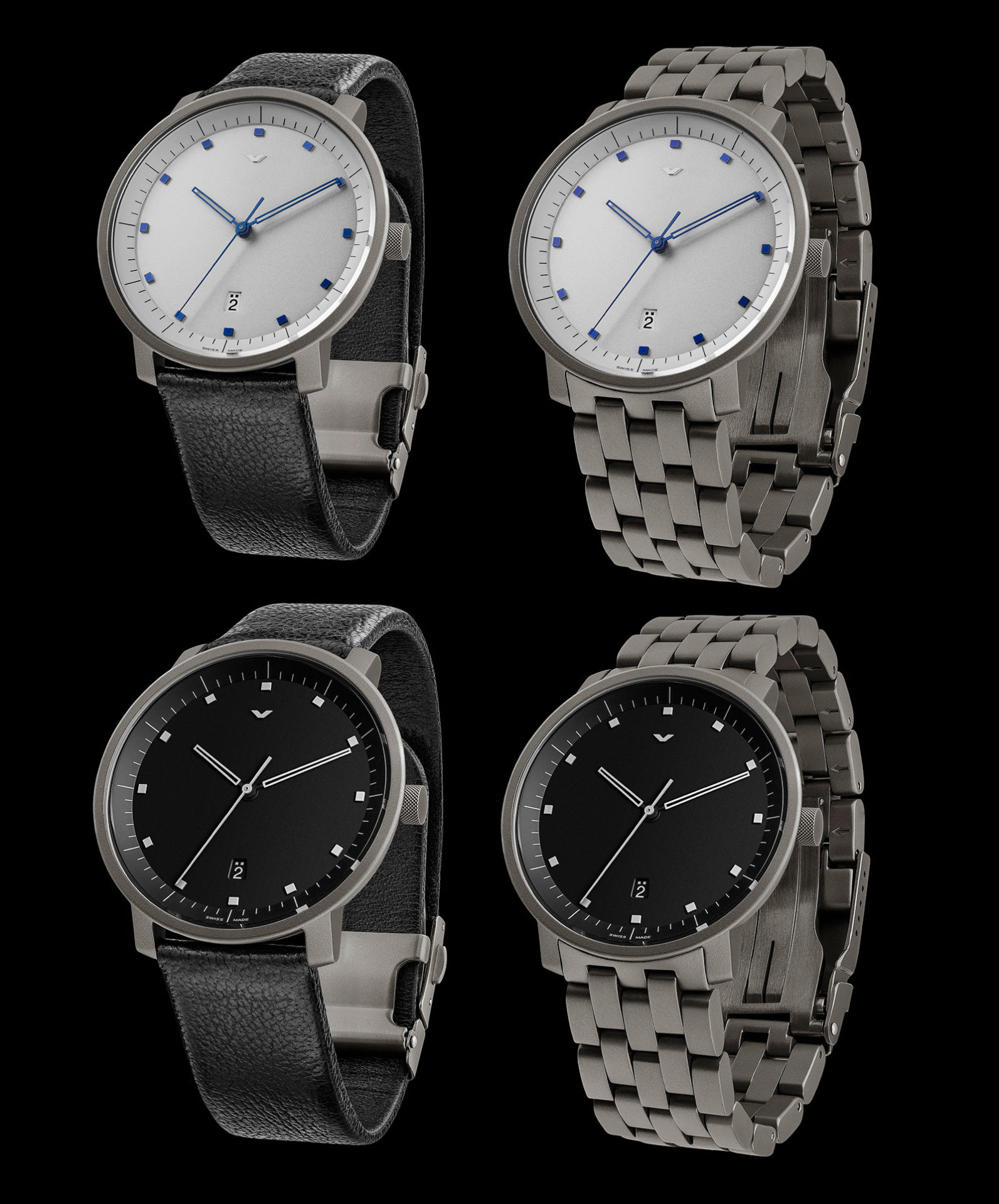 The V-Matic Ego remake will be launched on Kickstarter on July 9, 2019. It’ll be priced at US$900 on a leather strap and US$1000 on the bracelet. After the Kickstarter campaign concludes, the official retail prices will be US$1350 and US$1500 respectively.

You can sign up on venturawatches.com for a launch notification.