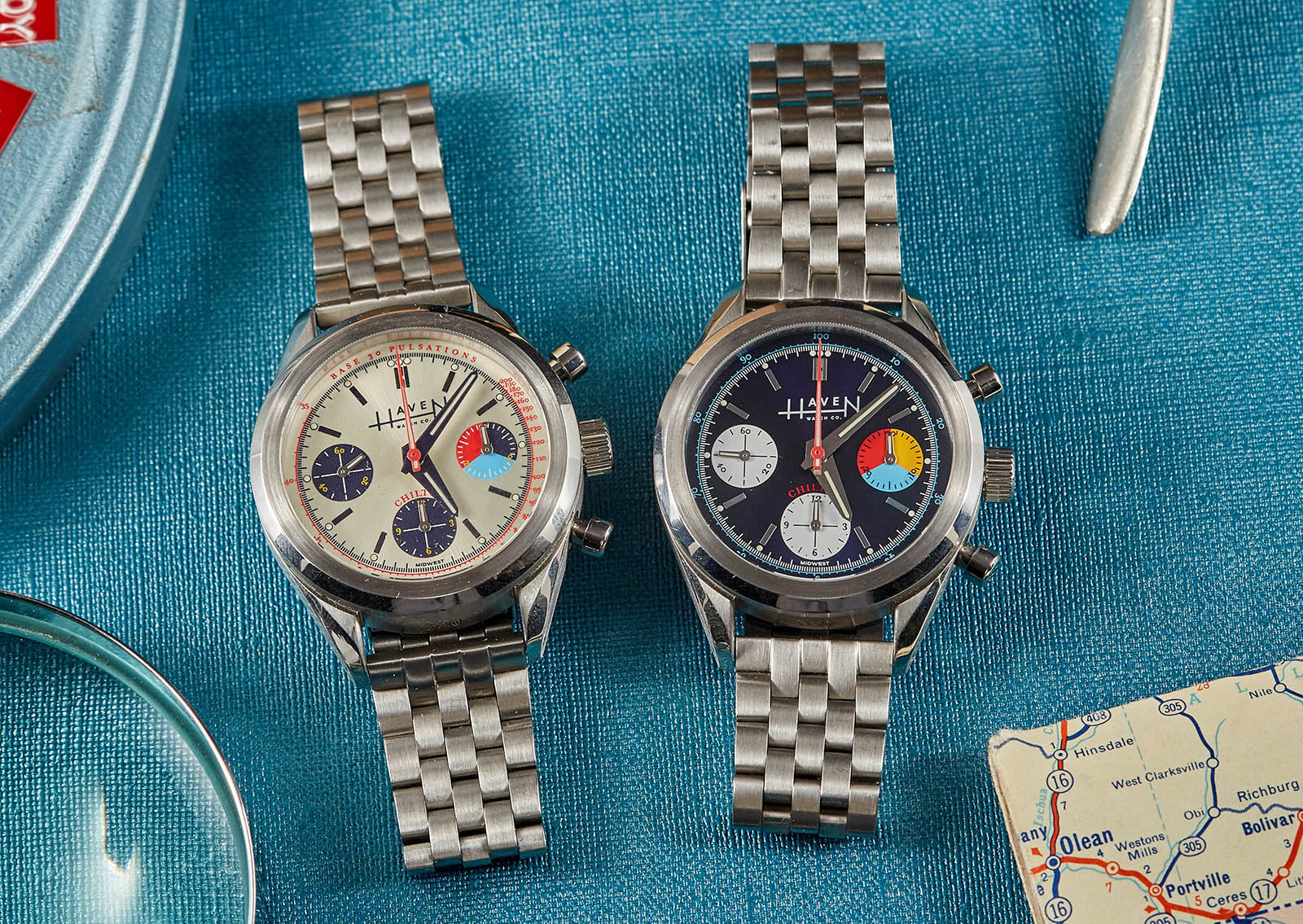 Based in the American Midwest, Haven Watch Co. makes its debut with the Chilton, an eye-catching, hand-wound chronograph that’s a blend of retro design elements and affordably priced.

The watches takes inspiration from the 1970s, perhaps the golden age of sports watches, and specifically, the funky designs and bold colours of the era’s regatta timers. Despite the incongruent combination of design features, the watch is refreshing and captures the bold, experimental spirit of the 1970s.

Beyond the design, the Chilton is notable for being the first watch on the market powered by the new, hand-wound, “compax” chronograph movement from Sellita. While the movement is Swiss made, the external components like the case and dial are made in Asia, and the watches are put together in the United States.

The Chilton is available on either a blue or white dial with a “compax” layout, both of which feature the same regatta-style 30-minute register that is divided into 10-minute segments. 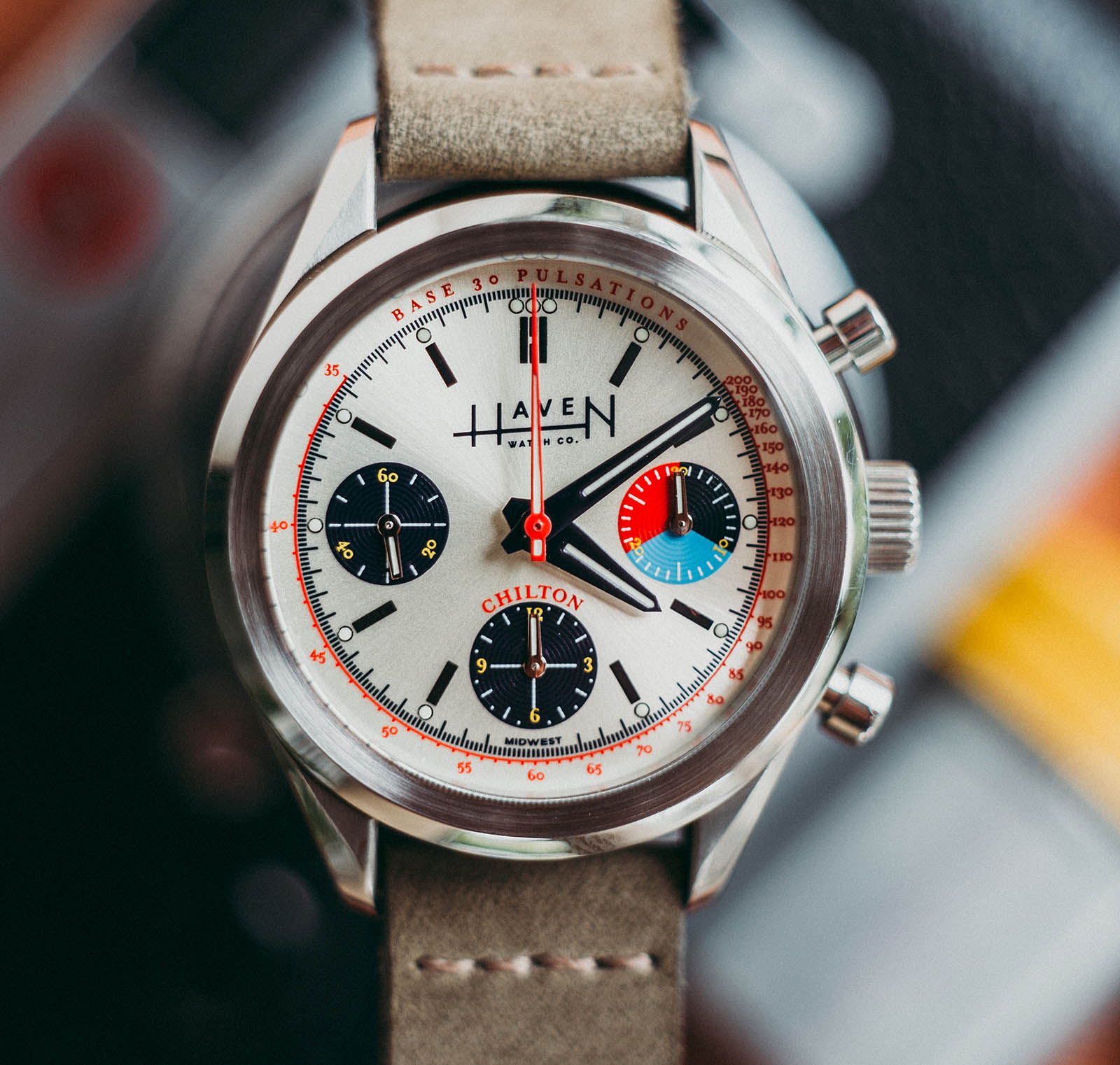 It doesn’t have an actual countdown function, of course, but vintage aesthetics, and not utility, motivate the design. The chronograph counters are small and far apart, just as it was on vintage chronographs, albeit ones that came long before the 1970s.  And if the chunky hands look familiar, they are similar to those found on the Universal Geneva Compax “Nina Rindt”. 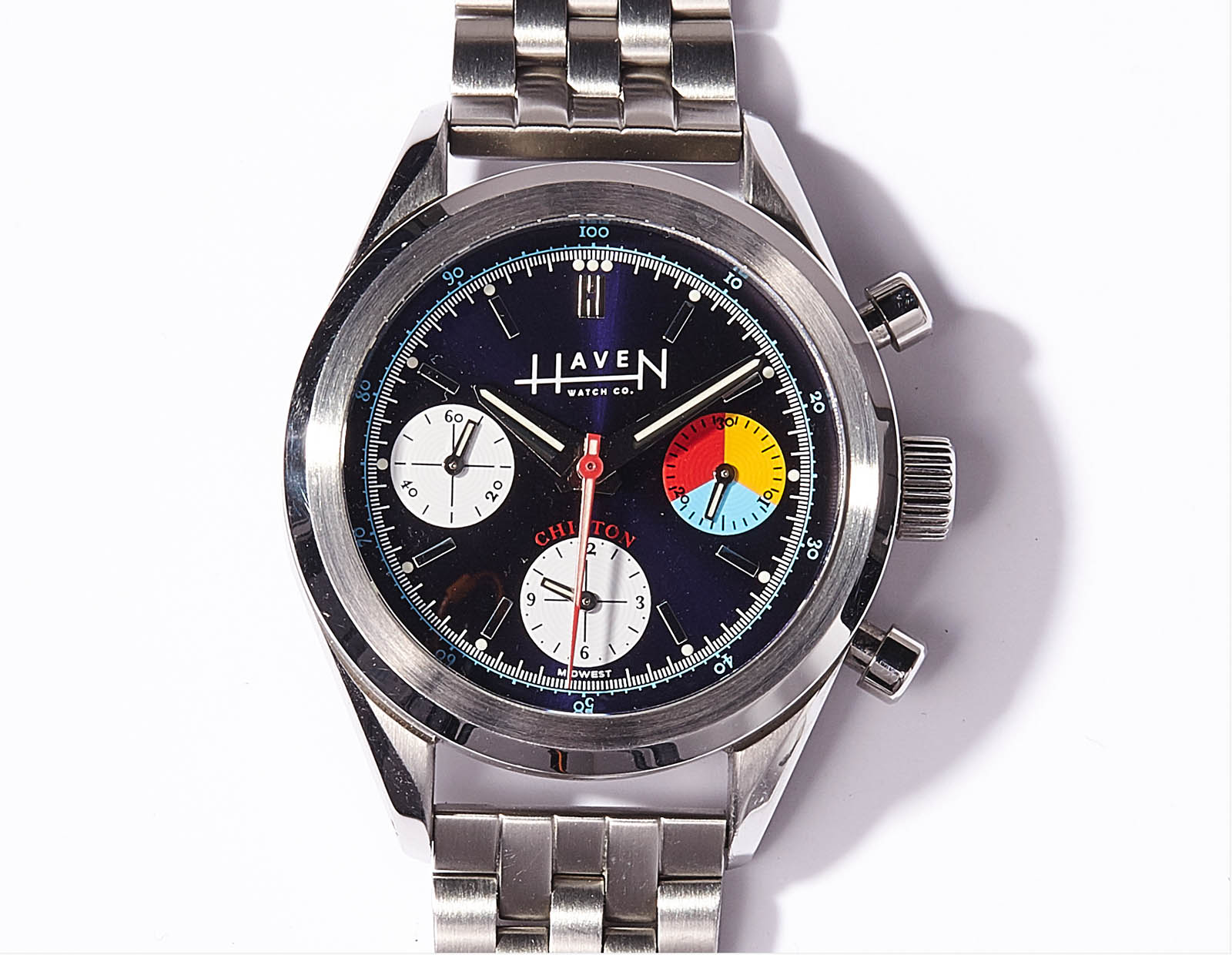 Featuring twisted “lyre” lugs reminiscent of a Speedmaster, the case is made of 316L stainless steel, but paired with a titanium case back for its hypoallergenic properties; though 316L stainless steel (also known as “surgical steel”) is widely used for watch cases, it is unsuitable for people with nickel allergies.

The case measures 37.5mm wide and 13mm high, including the domed sapphire crystal, which offers a similar profile to the Plexiglas used in vintage watches. 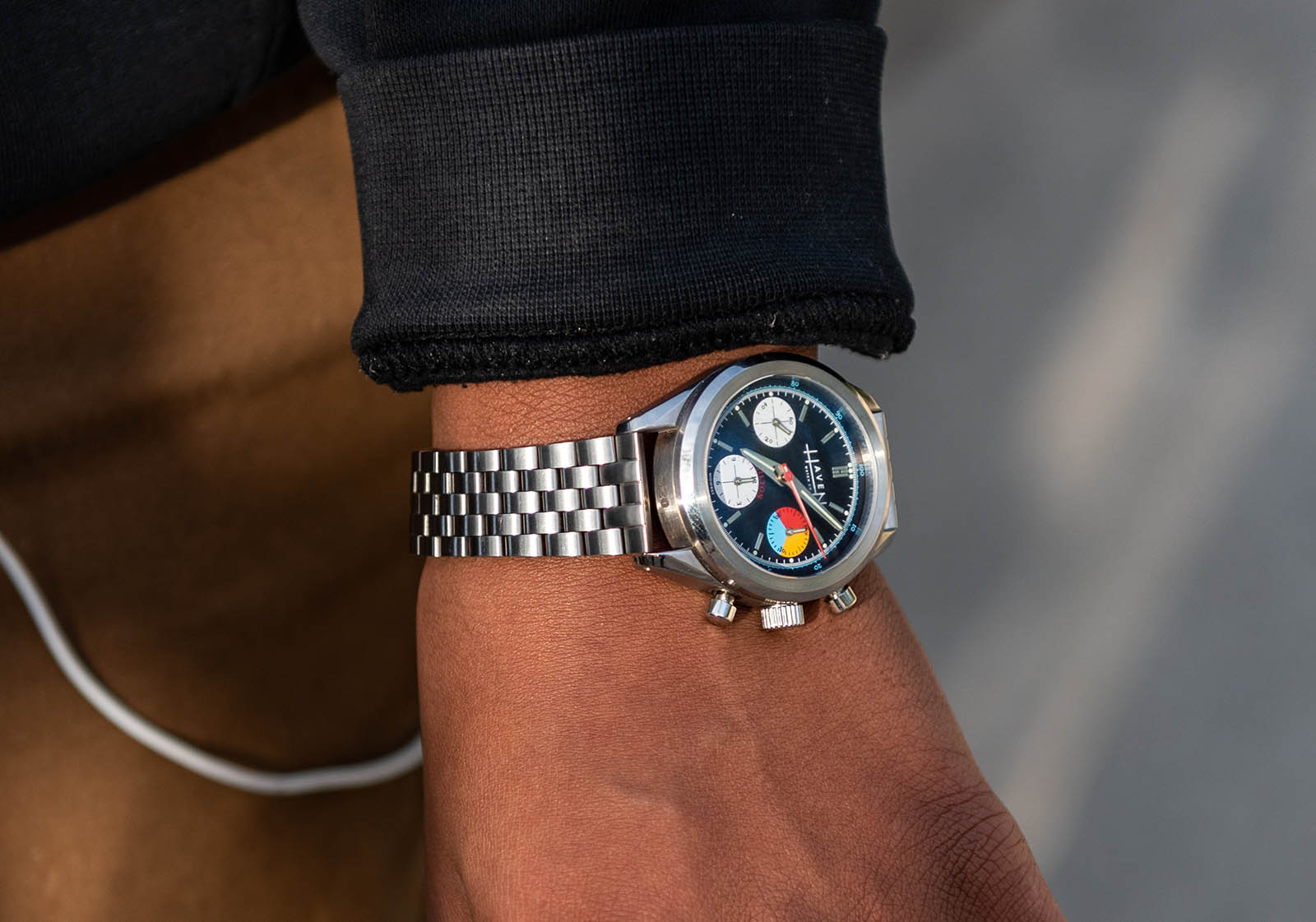 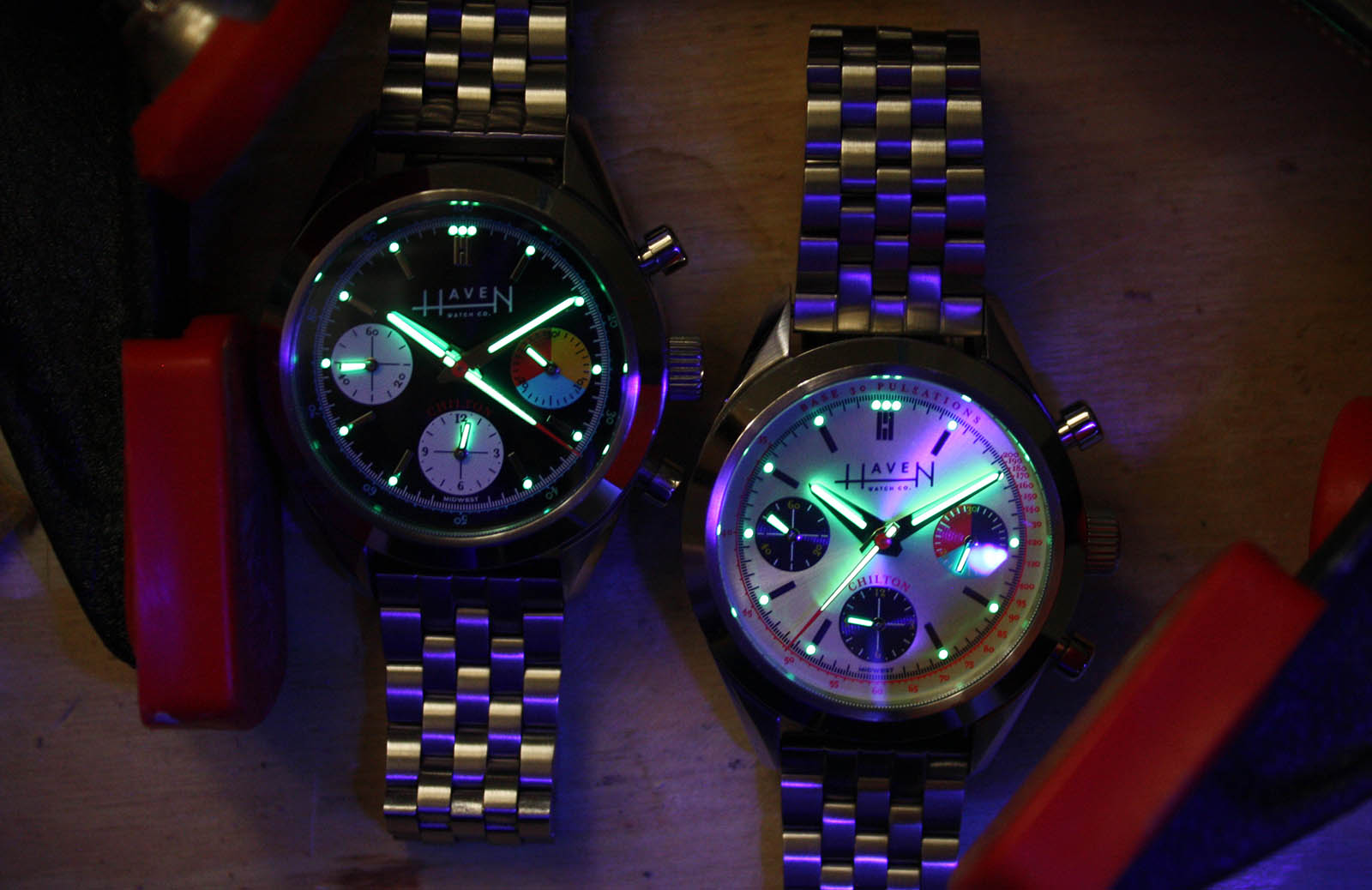 Most chronographs in this price bracket are often powered by the ubiquitous automatic Valjoux 7750, with its familiar “6-9-12” layout; the modular and automatic ETA 2894-2; or the cheapest option, the hand-wound, column wheel-controlled Seagull ST1901.

Vertex, maker of military watch reissues, recently rolled out a chronograph powered by the “bi-compax”, single-button variant of the SW510, albeit for more than double the price of the Chilton, 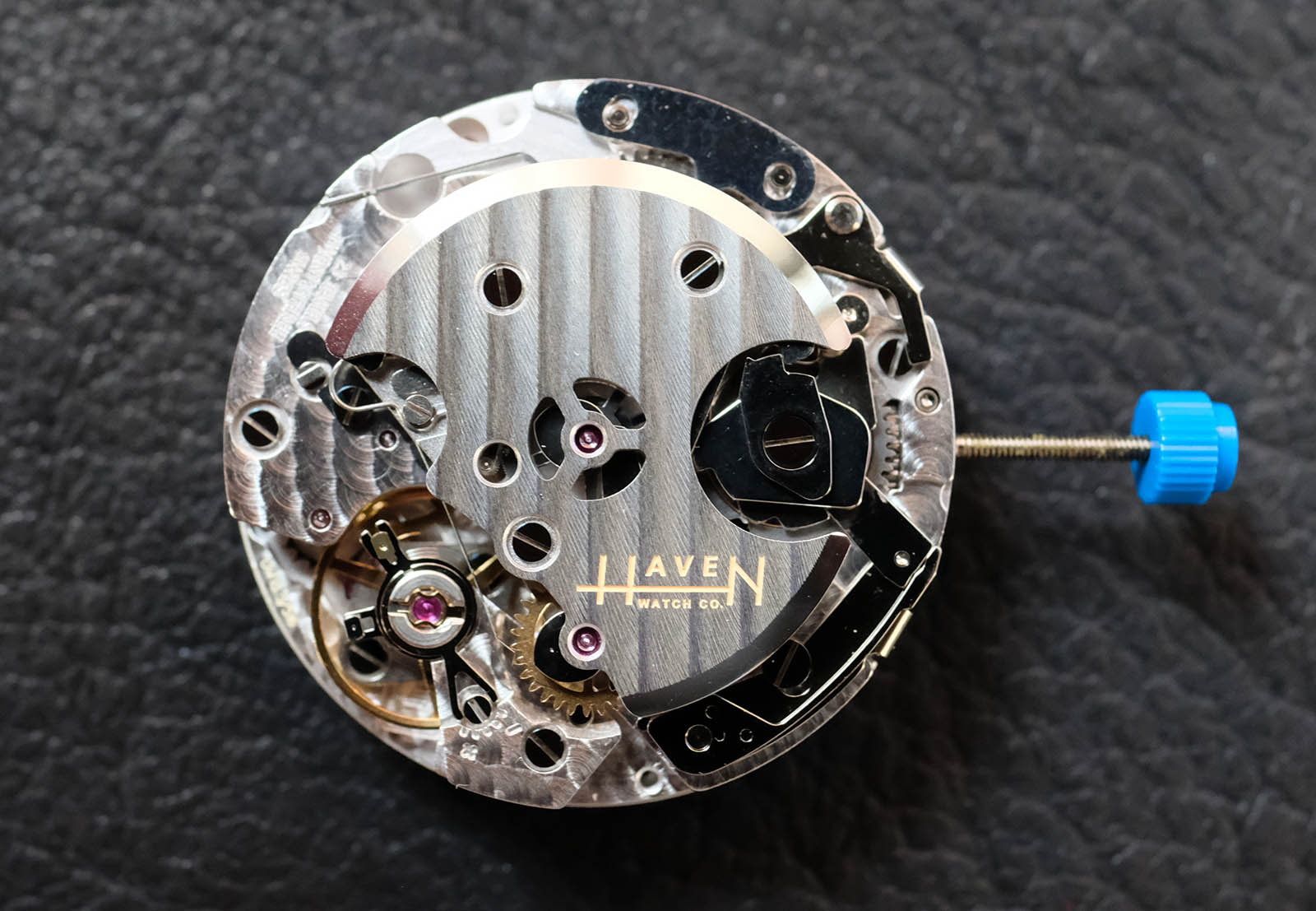 The SW510M an integrated, cam-operated chronograph movement with a 58-hour power reserve and a frequency of 4Hz. The hand-wound movement is essentially an SW510 with the automatic winding mechanism removed; the SW510, in turn, is a clone of the Valjoux 7750.

Though hidden behind a solid case back, the movement is dressed up with blued screws, Geneva stripes and perlage. The case back is plain, save for a stamped outline of the Great Lakes, a nod to Haven’s home states of Indiana and Minnesota, both of which border the Great Lakes. 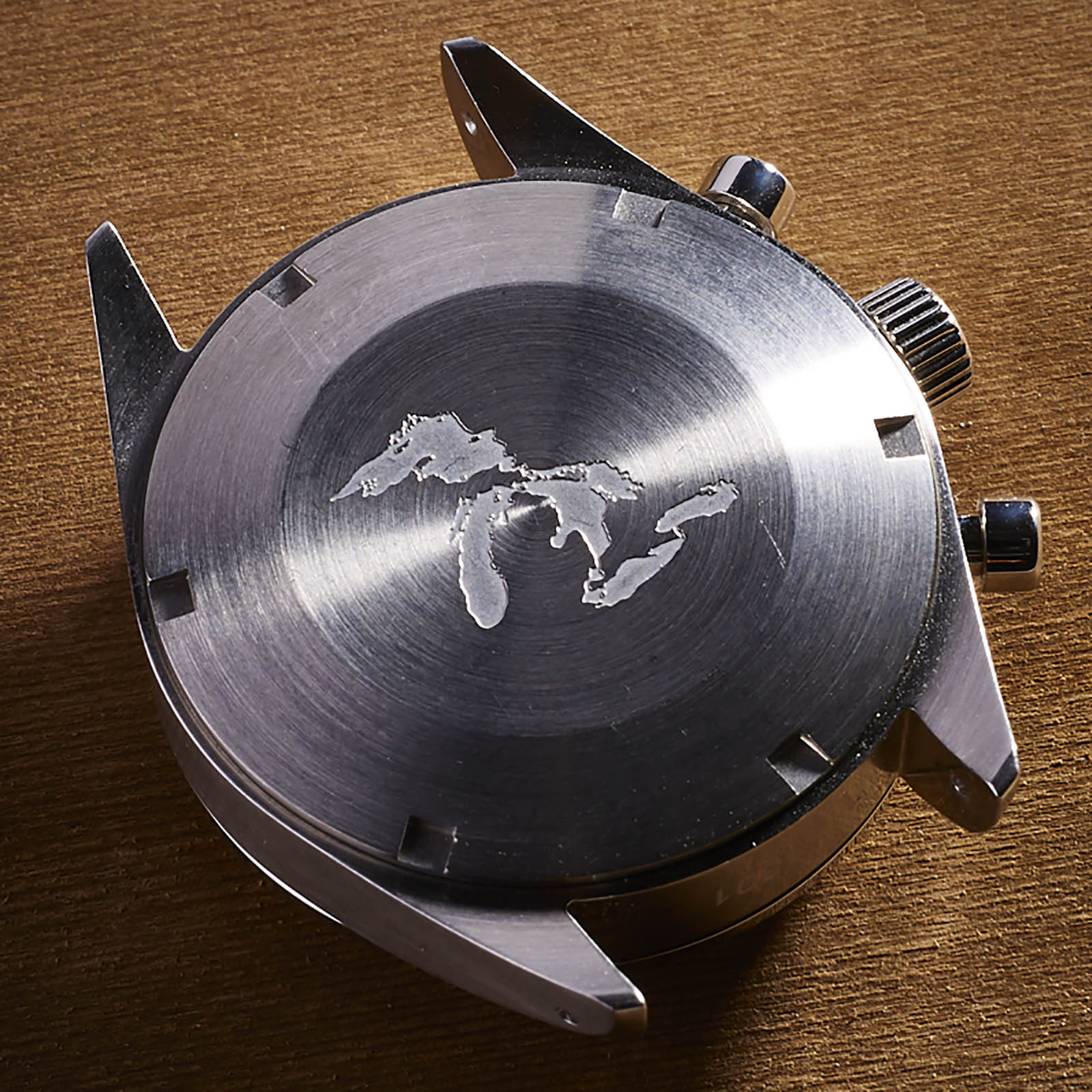 The Chilton Chronograph is priced at US$1,799 including a five-link bracelet and leather strap. It is available direct from havenwatches.com.