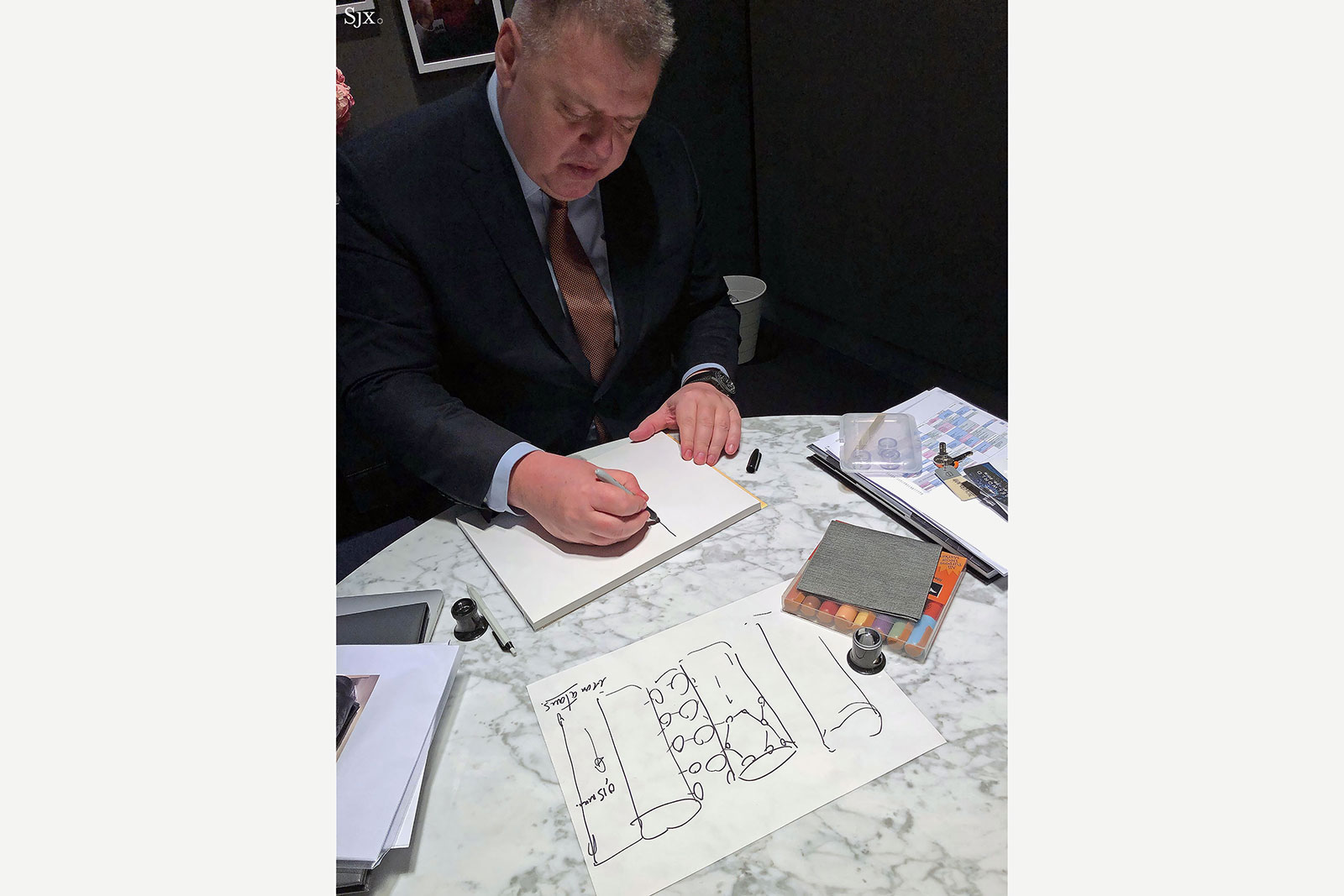 Guy Semon is essentially a rocket scientist who is applying his PhD in physics – obtained after a spell as a  jet fighter pilot in the French navy – to watchmaking. Though best known as the number two at TAG Heuer, Mr Semon gained a second appointment last year when he was named chief of the Research Institute for the Watch Division of LVMH.

Created to develop new technology for all three of the LVMH watch brands – Hublot, TAG Heuer and Zenith – the institute was responsible for the high-frequency silicon oscillator in the Zenith Defy Inventor (which was originally launched as the Defy Lab), and more recently, the carbon nanotube hairspring in the TAG Heuer Autavia Isograph. 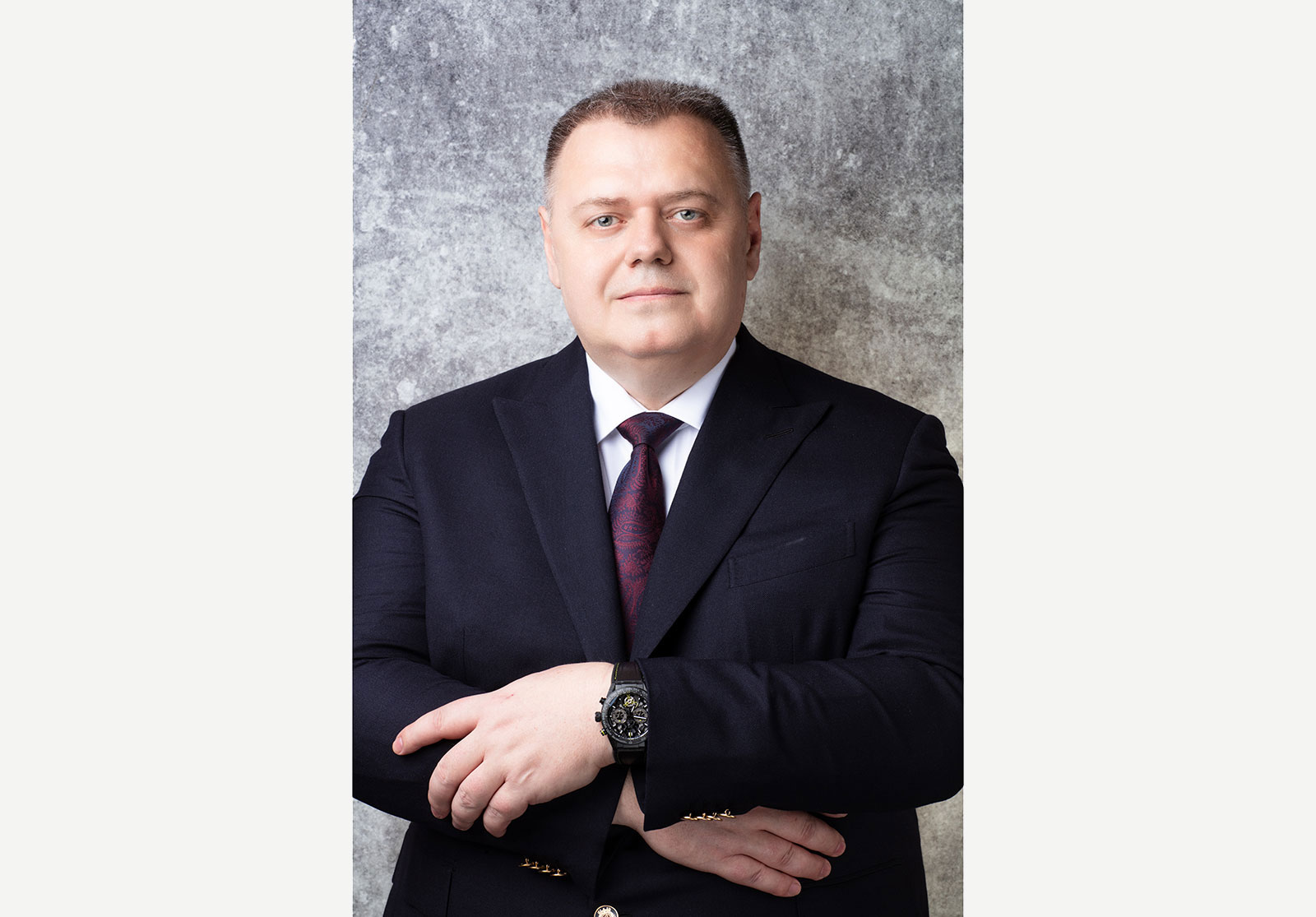 Generally a man who is not casually chatty, Mr Semon however loves to talk science and technology. I met with him at Baselworld 2019, which turned out to be one of the most interesting sessions of the fair because Mr Semon dived deep into the carbon hairspring, what he considers the most important recent development in mechanical watchmaking.

In the interview, he outlines the LVMH institute, and then explains the carbon hairspring – what it is, why it is superior to silicon, how it is made, and what’s planned for its rollout.

I hear you’re doing exciting things at the LVMH institute. Can you tell us more about that?

The institute is a separate entity dedicated to research, like a university laboratory except that we’re not in a university.

We have three departments in this laboratory. The first is solid physics. We are trying to fine-tune solid materials like metal and ceramic alloys.

The other department is specialisedin compliant mechanics. It’s a way to upgrade existing mechanical systems.

And finally, another department specialises in nanostructure materials – it was in this department that we invented and produced [the Isograph hairspring] presented this year.

From what you have done with TAG Heuer and Zenith, it looks like one of your favourite areas of research and development is the oscillator in new materials. Why do you like this?

Because the oscillator is the tricky part of the watch. If you look at the other brands at Baselworld, the common point is the regulator because all are using the same, exact technology invented in 1675 by Christiaan Huygens, exactly the same balance wheel and hairspring.

But TAG Heuer is avant-garde. We are not here to duplicate or reproduce what they are doing; we are here to improve. But to improve in watchmaking, you have to take a new vehicle and go very far away. And then you come back with a solution for improvement. And that’s exactly what we are doing in this institute.

In your past work on oscillators, you have used magnets, silicon, and have carbon. With that experience, which do you think is the future for the oscillator?

Definitely the new one we presented – the carbon composite hairspring. 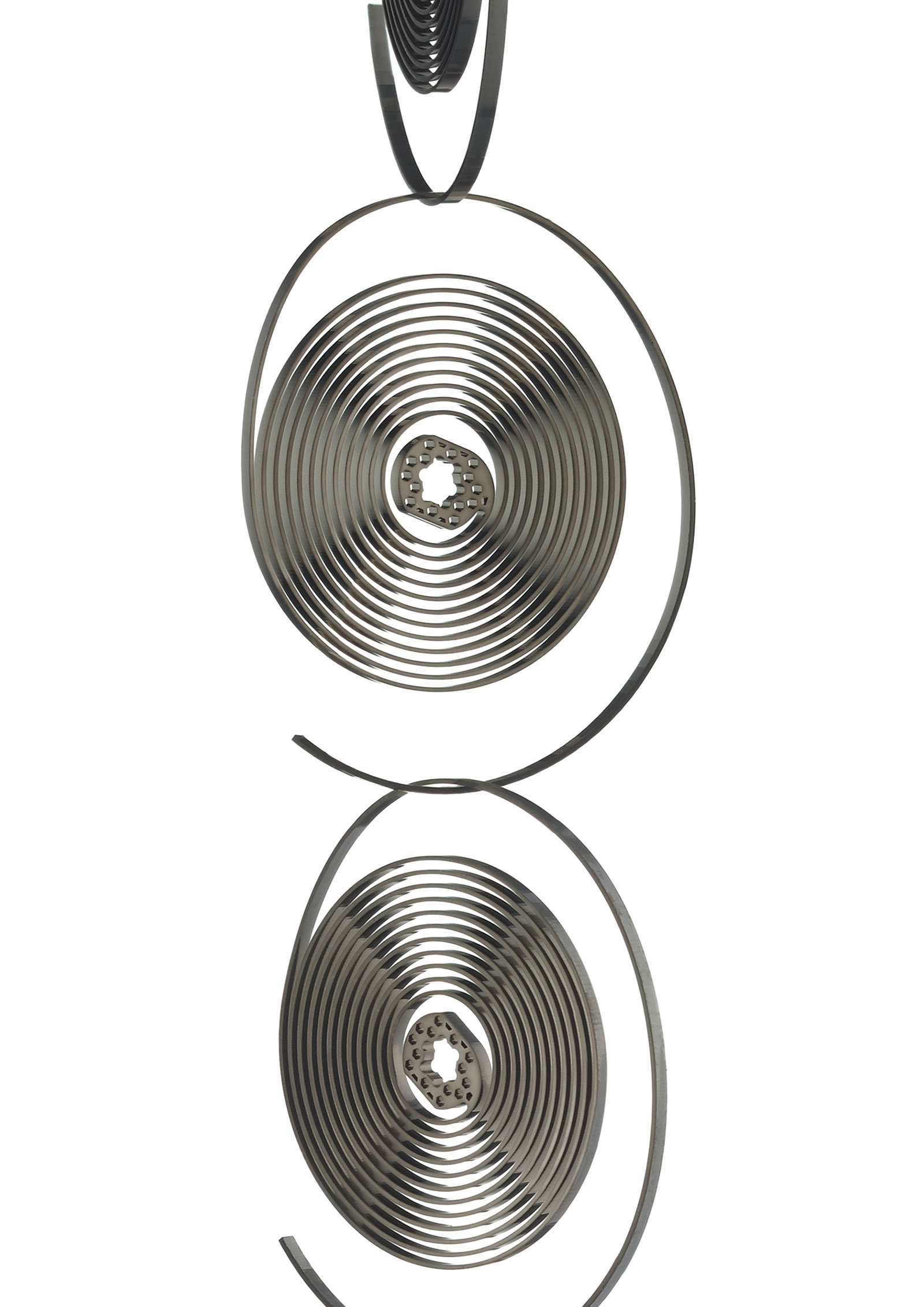 Why carbon instead of silicon that is already more widely used?

First of all, the geometry: you put the features in a mathematical model and you can design exactly the shape you need to maintain the rotational centre and the centre of mass of the hairspring. It is not made by hand, it’s calculated by the computer; it’s perfect. You release the spiral from the wafer, give the spiral to the watchmaker – that’s it. The movement can be 100% certified as a chronometer

And the beauty of this technology is also the capacity to be customised. If you come to me with a new watch, and you ask me to replace the oscillator with a new technology, I take into account the torque, which is the power you have in your barrel, the frequency of the hairspring, and then the space available to accommodate the new technology.

Even after I calculate and design your hairspring, if you want me to put your initials at the centre of the spring, it is possible. It can be absolutely customised.

Then for the final client, the first benefit of the carbon hairspring is the non-magnetic quality. Even if you place the product under a very intense magnetic field, nothing happens because carbon is non-magnetic.

It’s also a perfectly elastic material, certified to withstand up to 5000 g. With silicon, that is just impossible because silicon is fragile. And with a normal alloy subjected to 4000 g, you get an irreversible bending.

In addition, the thermal behaviour is perfectly balanced because the balance wheel is aluminium.

The weight of the spiral is very light also, with a density of 1.6 g/cm3– almost nothing.

For the watchmaker, it’s a benefit because when he regulates the watch for chronometer certification, he as to regulate the movement in the horizontal and vertical positions. For this hairspring, there is no variance in the vertical position where gravity has the most effect, because the spring and balance wheel are very, very light.

But if the balance wheel is aluminium and very light, then it means it has less inertia.

You can play with different factors [to increase inertia]. Because inertia is a product of mass multiplied by the radius squared, you can increase the diameter of the balance, or you can add peripheral weights in gold to increase mass. 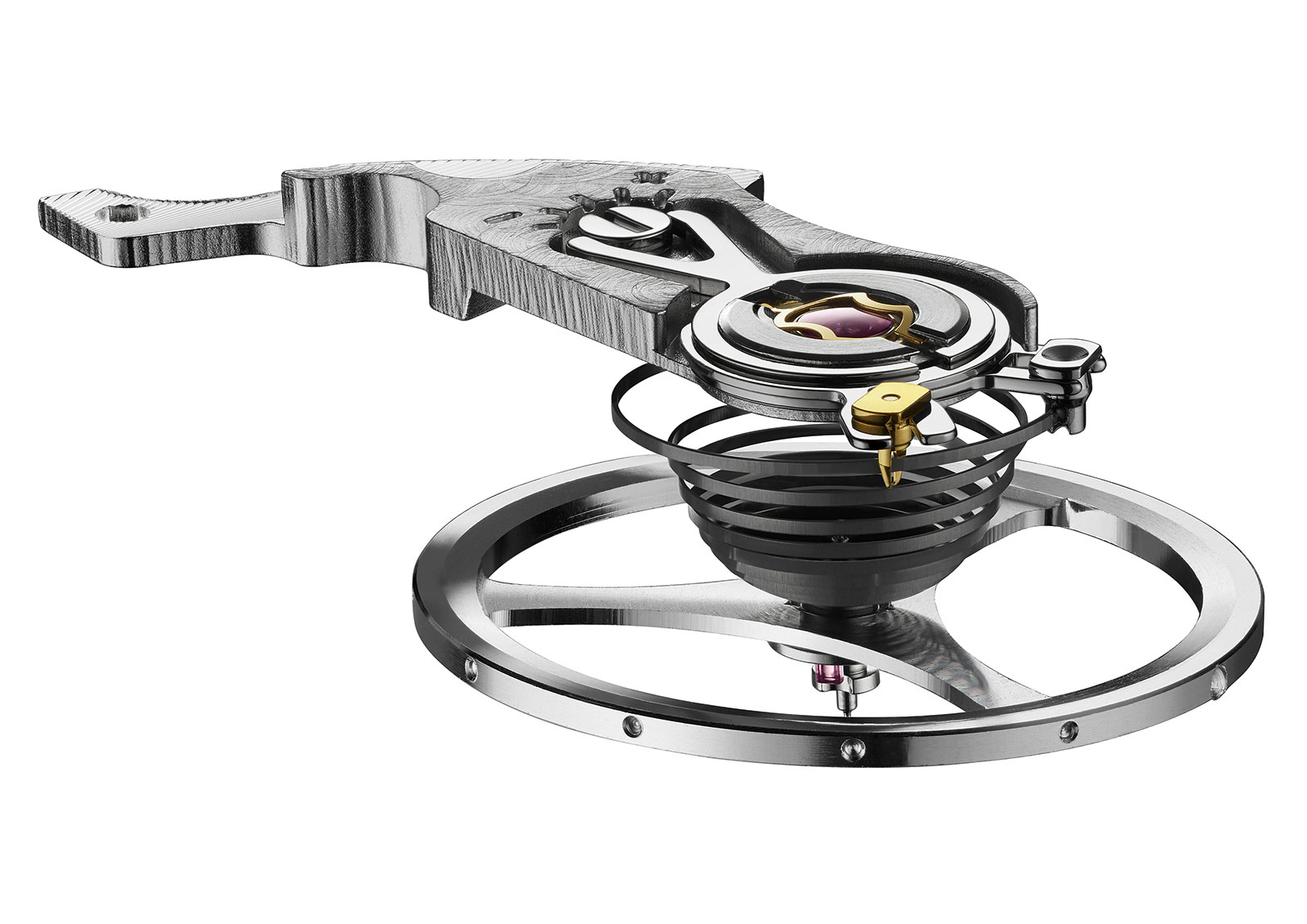 Are you able to replace silicon with materials made from this material?

Yes, of course. We are careful because silicon was patented by a consortium of Patek Philippe, Rolex, Omega [and research institute CSEM], but the patent will be in the public domain in four years.

But I have just one remark: if silicon is so amazing, why isn’t silicon used in mass production of watches? How many watches are driven by silicon hairsprings? Probably less than five percent of the Swiss market.

Why? Because silicon is brittle.

I assume the hairspring is made of carbon strands. It is a composite inside a polymer?

It has the behaviour of the polymer, but it has the structure of a metal. It is a composite mixing nanotubes and carbon.

Carbon nanotubes, of course, are like tubes. Together, they are like a forest with trees. The nanotubes growth process is combined with carbon infiltration between the nanotubes. It is the first time in the world that we are producing this material.

The first operation is growing the carbon nanotubes, using a chemical reaction with iron atoms as a catalyst.

After four hours, I reach the right dimensions required – 0.15mm diameter for each tube. At that point, the tube is empty, the space between the tubes is empty, and 96% of the volume is a vacuum.

Then I have the second step. I put carbon atoms in-between the tubes, and the atoms are linked on an atomic level.

So there is no polymer?

You have the behaviour of a polymer and the structure of a metal.

How interesting. And can this new material be used for other components in a watch?

In a watch, I don’t know. Outside watchmaking, there are huge, huge numbers of possible applications.

And this has been patented by TAG Heuer?

That’s why we have a big laboratory with amazing microscopes. We have two microscopes that are probably in the top 10 in the world [in resolution]. Why? Because I have to master the position of atoms.

Producing such materials is like cooking, and I am like a chef who is playing with atoms, providing the right properties. 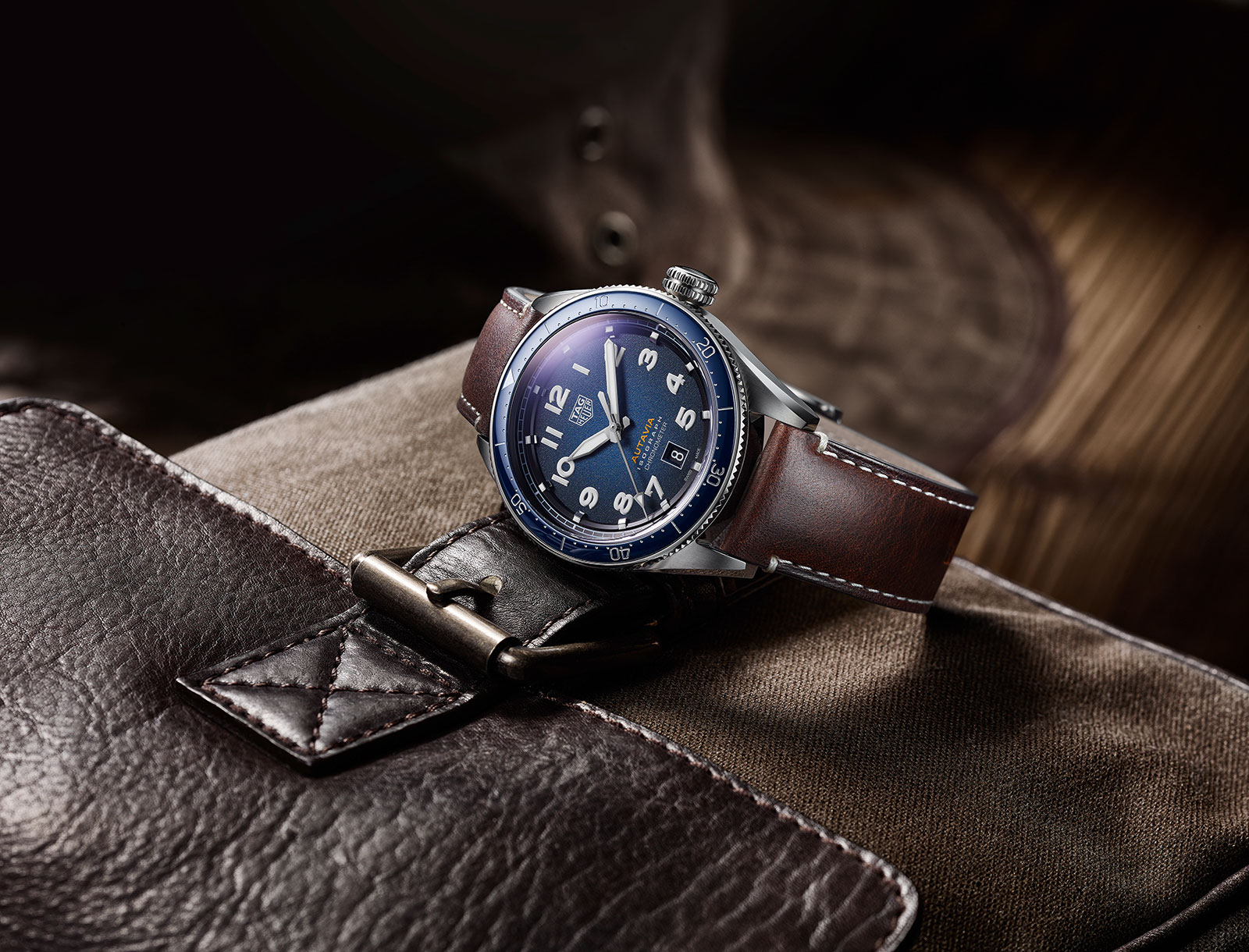 The Autavia Isograph, the very first watch equipped with the carbon balance spring

Is the carbon hairspring something you will sell to other LVMH brands?

It is not up to me. If I was working on my own, I would have a booth at Baselworld selling them – “Guy Semon carbon nanotubes spirals”.

It depends on [Stephane Bianchi, head of the LVMH watchmaking division]. We will start with TAG Heuer, and then we would like to extend it to the rest of our brands because we are able to mass-produce this technology.

Who produces the carbon hairsprings?

We do it ourselves with two chemical reactors in my institute.

So, the institute is not just R&D but also production?

In this case, yes. Our main objective is not production, but because this is a very tricky chemical reaction, it is better to keep it in our institute to master the production of the hairsprings.

And you can produce enough to supply the other brands?

We have two machines – the only two in the world – both located in La Chaux-de-Fonds. But it is a scalable process. We have a capacity of producing 125,000 units a year with two machines. If we want to go higher, like one million units a year, we just increase the number of machines.

This is a major, major innovation. But it is only used in the Isograph?

We presented the limited edition Nanograph tourbillon in January and now we launch the mass-produced model with the Autavia Isograph. And I expect that we will extend the production to the rest of our manufacture movements.