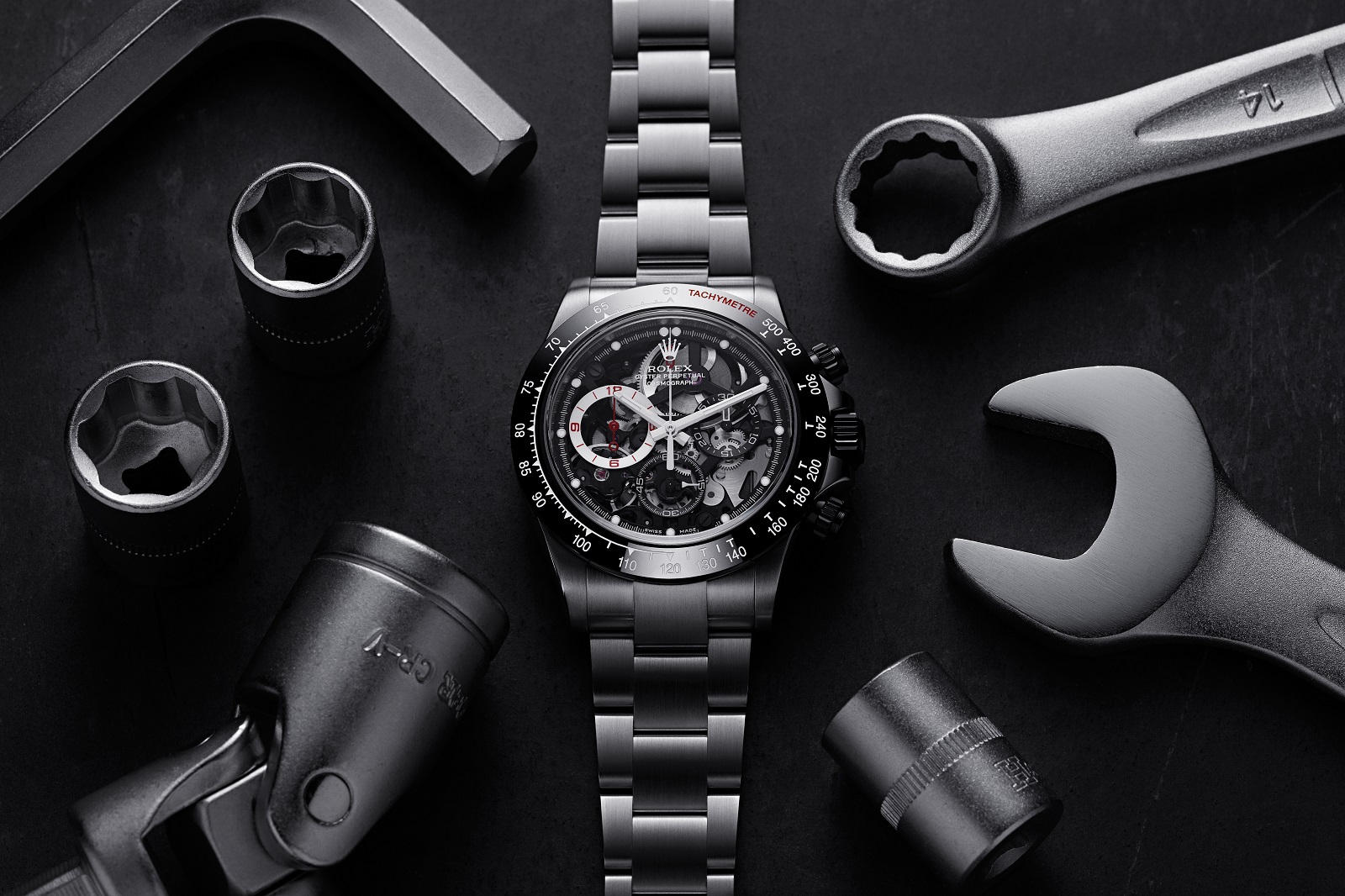 Anyone who followed Formula 1 in the 1990s to the early 2000s would remember Rubens Barrichello as effective driver. Though the Brazilian did not win any championships, he notched up 11 wins and 68 podium finishes.

Like many fellow Formula 1 drivers, Mr Barrichello likes watches and was once an Audemars Piguet ambassador; the Royal Oak Offshore Rubens Barrichello II of 2006 was one of the hottest watches of the era.

Unsurprisingly, Mr Barrichello is apparently a fan of the Rolex Daytona – arguably the auto racing watch – explaining his collaboration with Artisans de Genève, a Swiss outfit that specialises in customising Rolex watches. They gave his Rolex Daytona a makeover to create “La Barrichello”, a strikingly and heavily modified Cosmograph Daytona with an open-worked movement.

Notably, Artisans de Genève just last year performed a similar custom job on a Daytona belonging to Juan-Pablo Montoya, another F1 driver who was active in the sport at the same time as Mr Barrichello. Both drivers’ skeletonised watches are novel in a good way; much of Artisans de Genève’s other creations are modern Daytonas modified to look like vintage “Paul Newman” Daytonas, which is arguably less interesting. “La Barrichello” started out as the all-steel Daytona ref. 116520, which is the preceding generation of Daytona that was first introduced in 2000 before being replaced by the ref. 116500LN (distinguished by its ceramic bezel) in 2016.

Mr Barrichello wanted his Daytona to look “mechanical” – a familiar look for F1-inspired watches – resulting in a watch that’s Daytona meets Richard Mille meets Hublot. It has an open dial that reveals the skeletonised base plate that in turn shows off bits of the cal. 4130 movement that are otherwise hidden, including the mainspring and chronograph wheels. 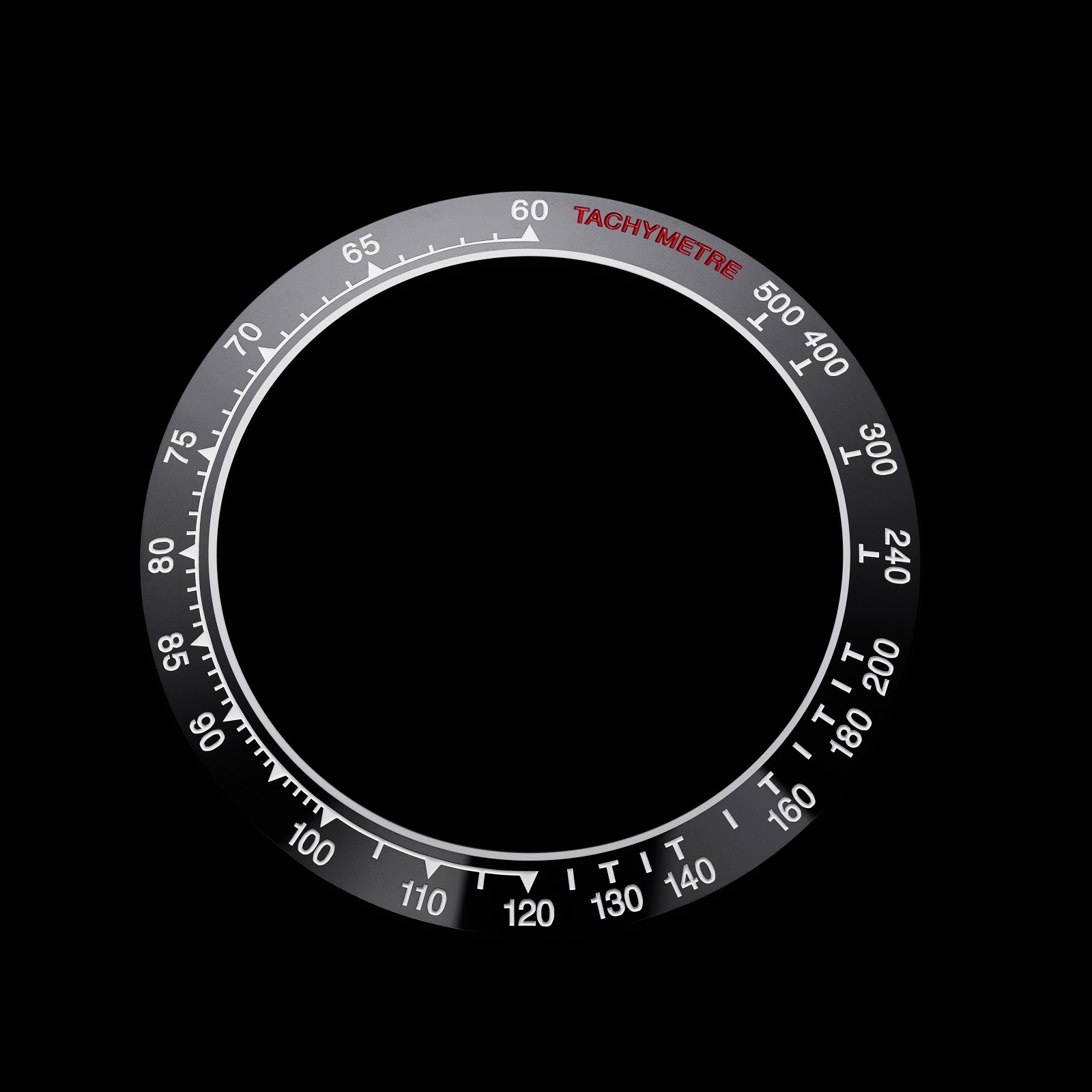 Though the original, stock Daytona ref. 116520 has a steel bezel, this is fitted with a black ceramic bezel produced by Artisans de Genève. Though it’s reminiscent of the bezel found on the current Rolex model, it features entirely different markings the same material, sees different markings from the updated bezel of the ref. 116500LN. The tachymetric scale, for instance, is graduated to “500”, instead of “400” as on the Rolex bezel.

The entirety of the case has a matte, brushed finish, in contrast to the alternating brushed and polished surfaces of the stock Daytona. At the same time, the pushers and crown have been coated in black amorphous diamond-like carbon (ADLC). 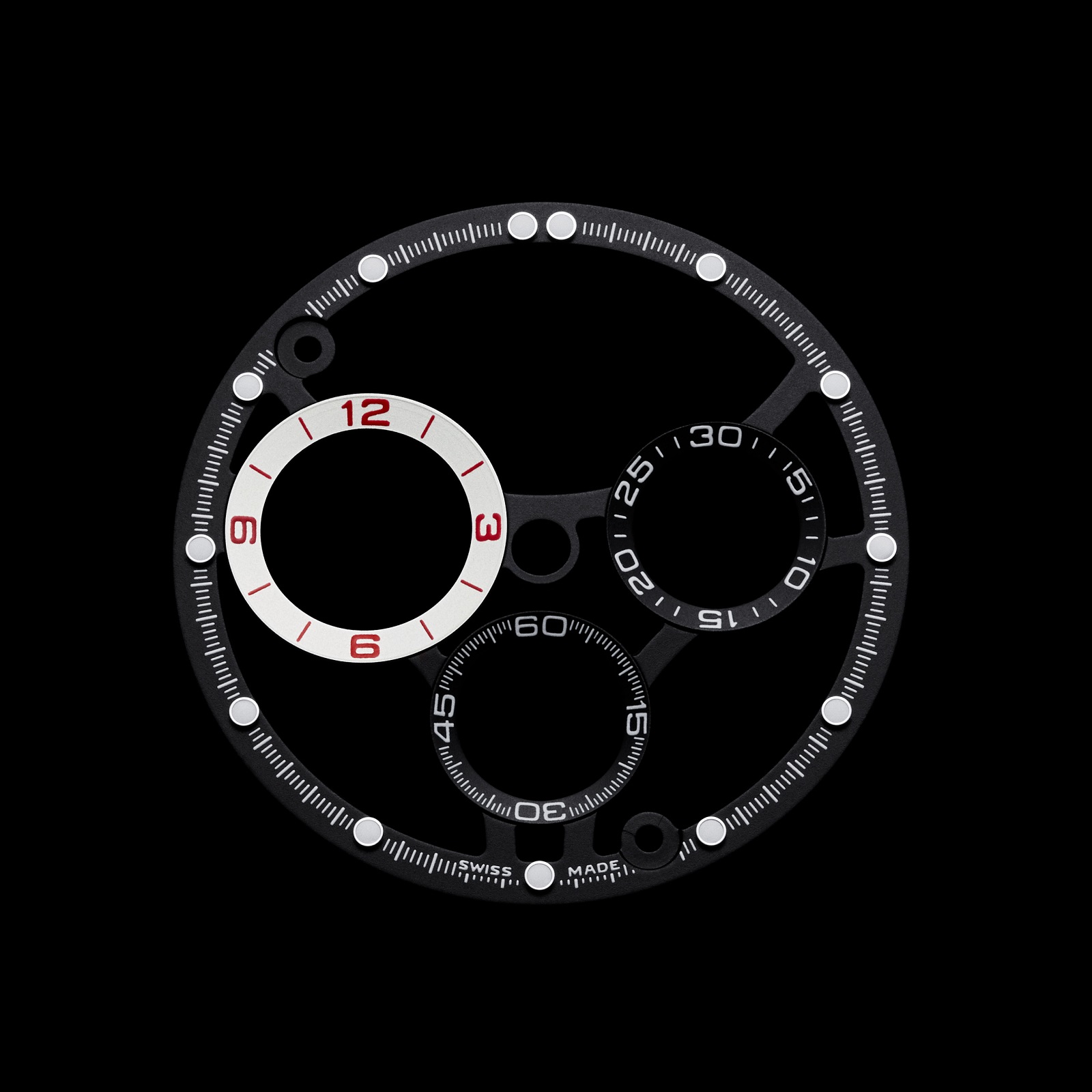 The dial of the watch is thoroughly skeletonised, leaving only the chapter rings for the seconds, minute track, and chronograph registers. Notably, the 12-hour counter has been enlarged, giving the dial an asymmetrical layout that is reminiscent of vintage chronographs (one if which Longines recently remade as the Avigation BigEye Chronograph). 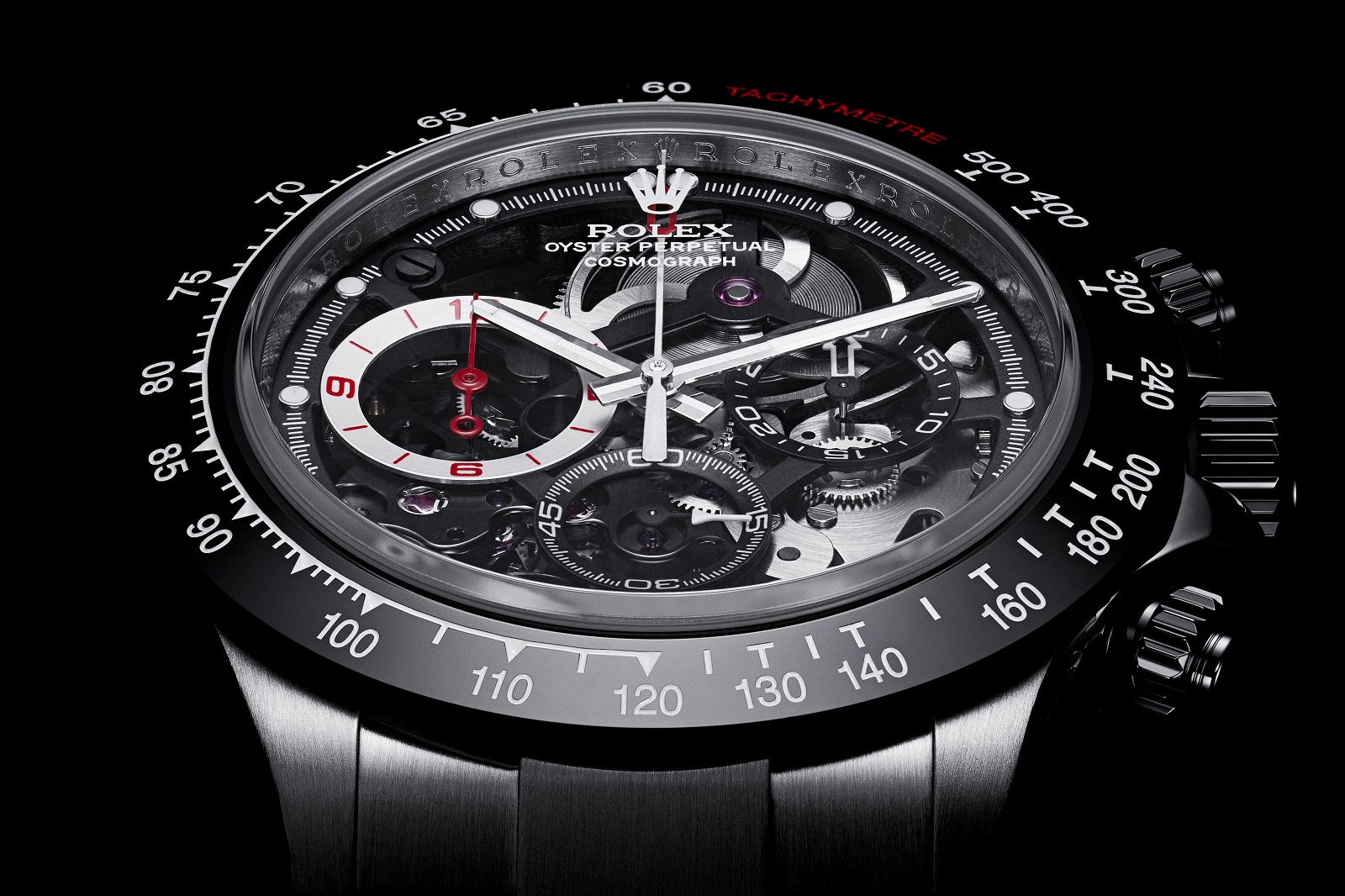 And because the dial has disappeared, the branding has been printed on the underside of the sapphire crystal, a move that might get Artisans de Genève in trouble with the legal department at Rolex. 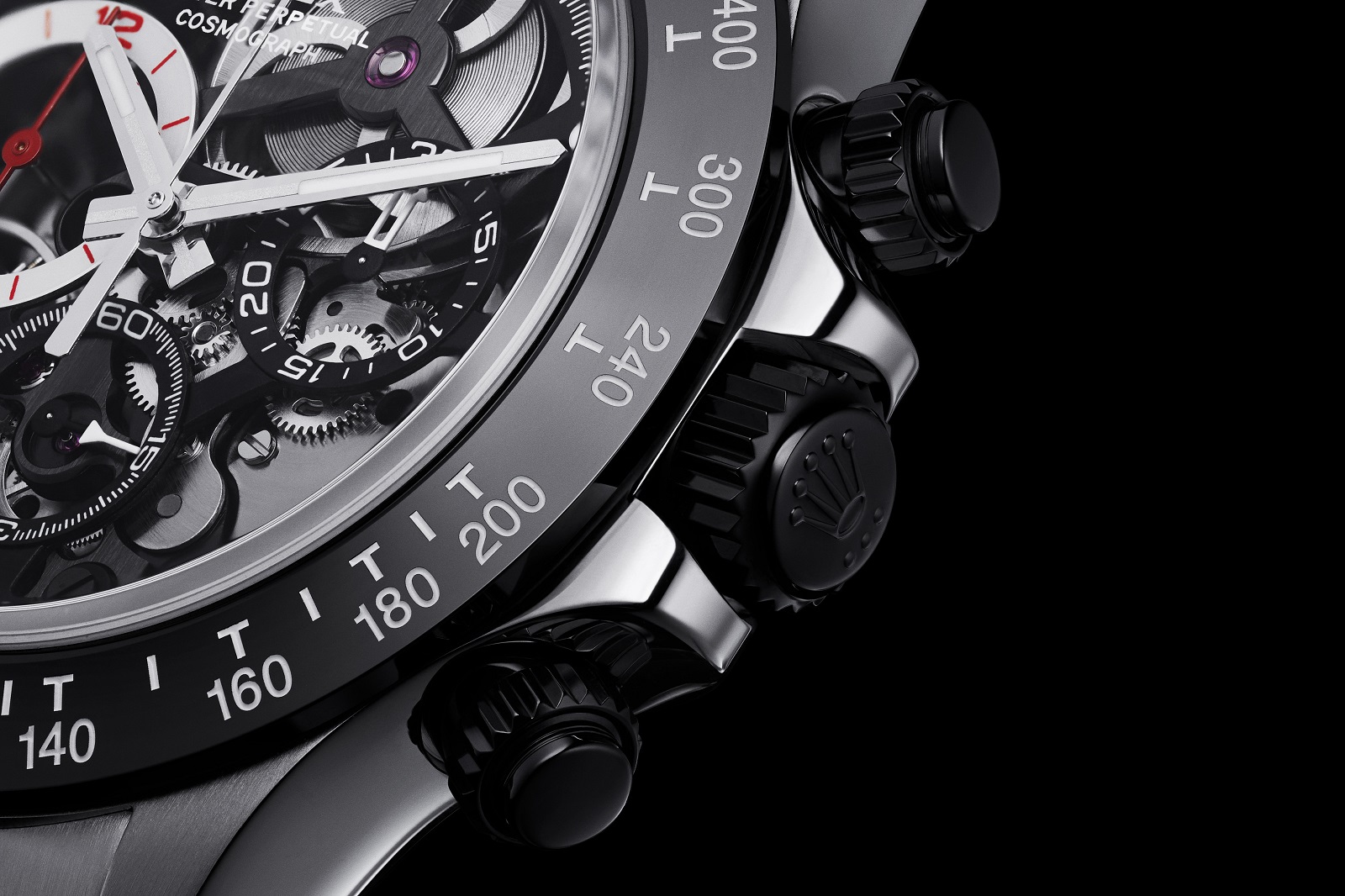 But more notable than the nips and tucks to the dial and case is the reworking of the Rolex cal. 4130 chronograph movement. According to Artisans de Genève, the movement was disassembled and then certain components singled out to be skeletonised and bevelled by hand. In addition, the rotor is produced by Artisans de Genève, first cast in 21k gold then open-worked to resemble a wheel rim, before being bevelled by hand and coated in ADLC. 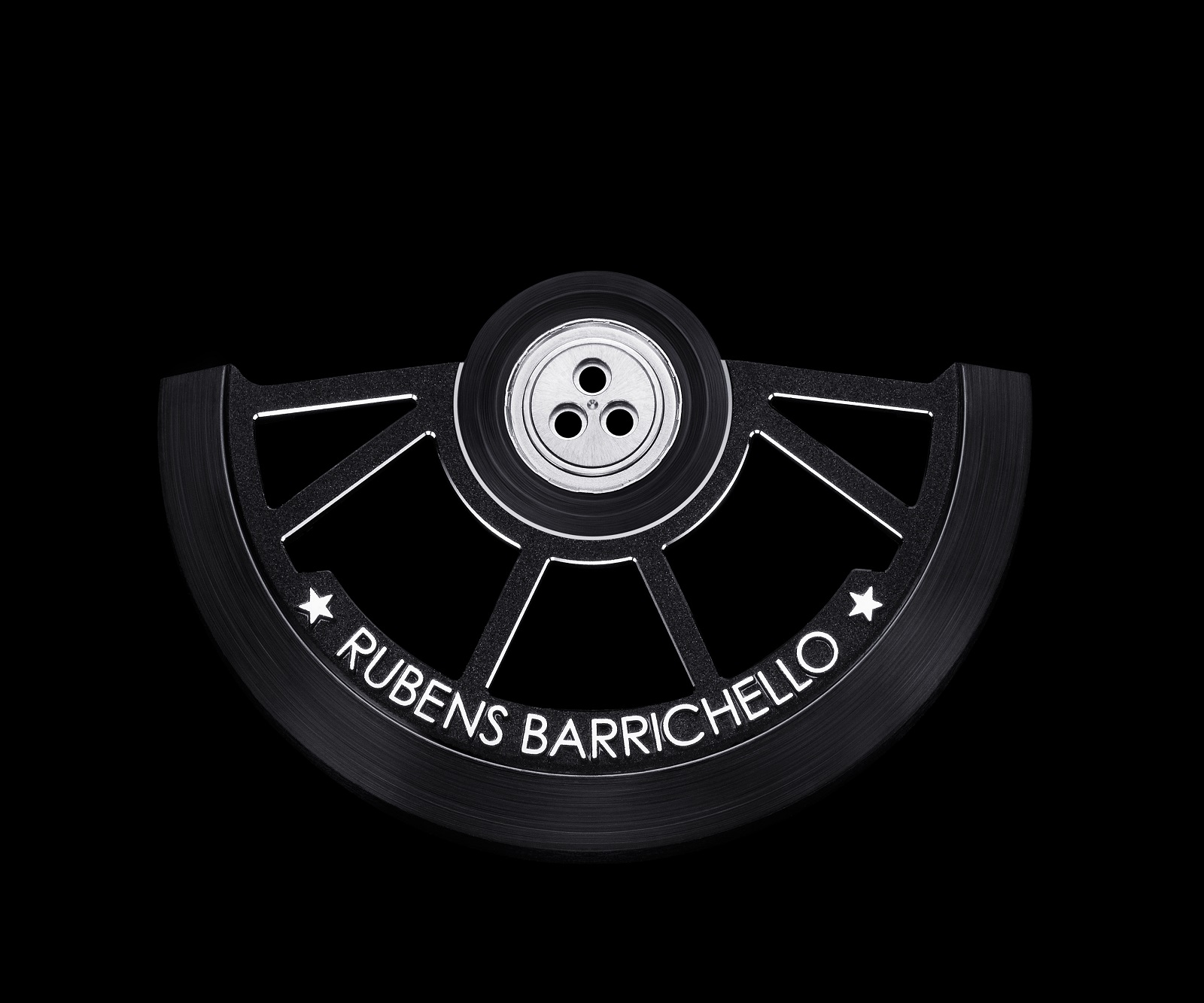 In total, 260 hours are required to customise each watch, according to Artisans de Genève. Despite all the work done, “La Barrichello” retains the 100m water resistance and 72 hours of power reserve of the stock Daytona. 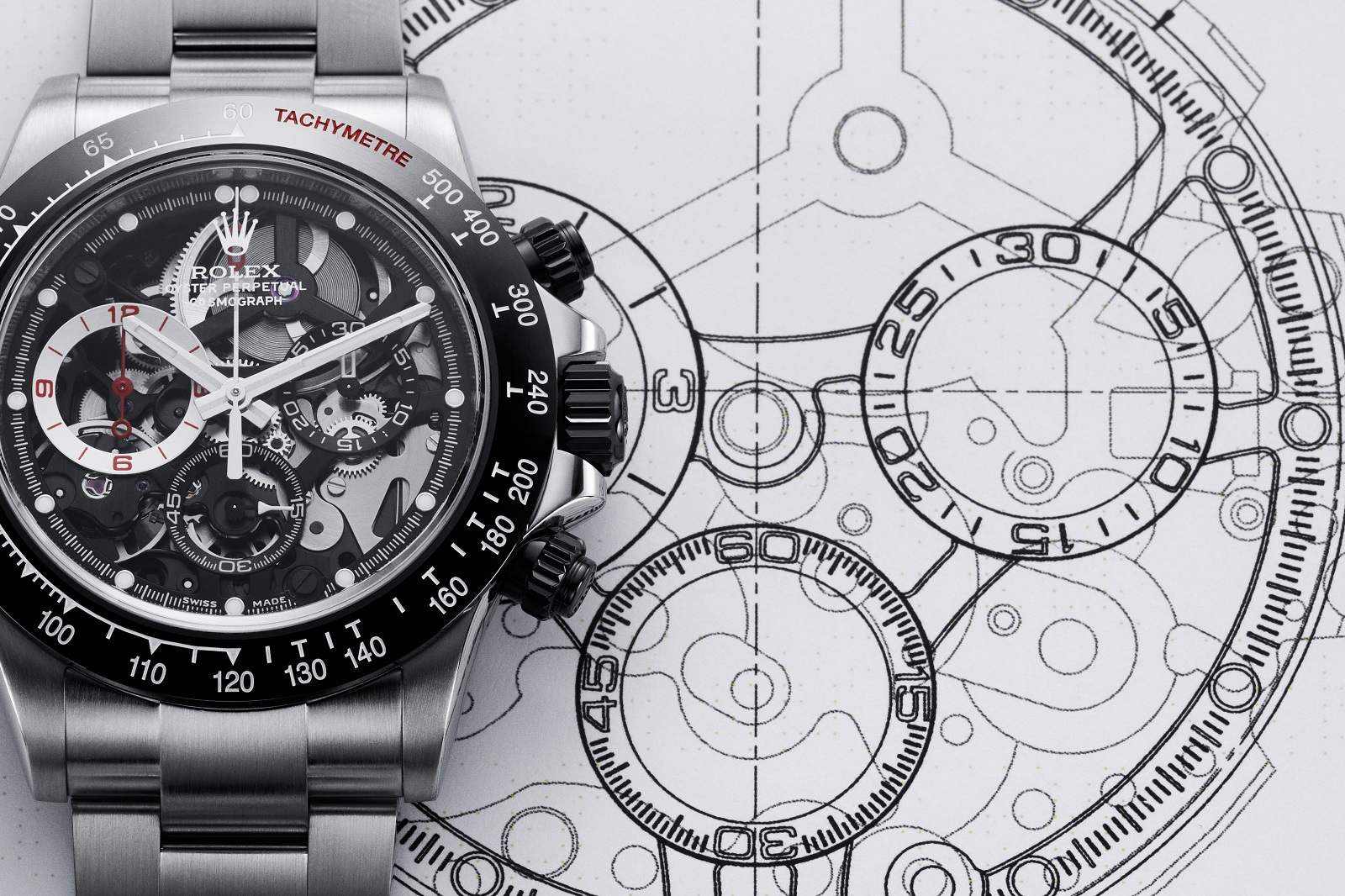 The Artisans de Genève Rolex Daytona “La Barrichello” is a one-off and not for sale. For other timepieces customised by the workshop, visit the brand’s website here.