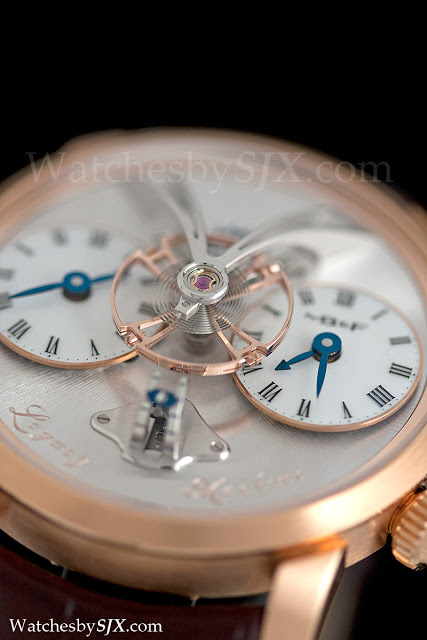 The winners of the Grand Prix d’Horlogerie de Genève have just been announced. MB&F was arguably the biggest winner of the night, taking home two prizes for its Legacy Machine 1, the Men’s Watch Prize and the Public Prize.

HYT won the Innovation Watch Prize with its hydro-mechanical H1, which is not surprising since it is certainly the most novel watch from an independent in 2012. The H1 indicates the hours with a flourescent green fluid, driven by a pair of bellows at six o’clock.

And the Complicated Watch Prize went to Greubel Forsey’s Invention Piece 2 which has double, inclined tourbillons.

Habring2 took home the Sports Watch Prize with its Doppel 2.0, based on a Valjoux 7750 calibre. This is an improved version of the Doppelchronograph Richard Habring designed for IWC two decades ago.

Notably, the Best Watchmaker Prize went to Carole Forestier Kasapi, Head of Technical Development at Cartier. Congrats Carole! The rest of the winners can be seen on the GPHG site. – SJX