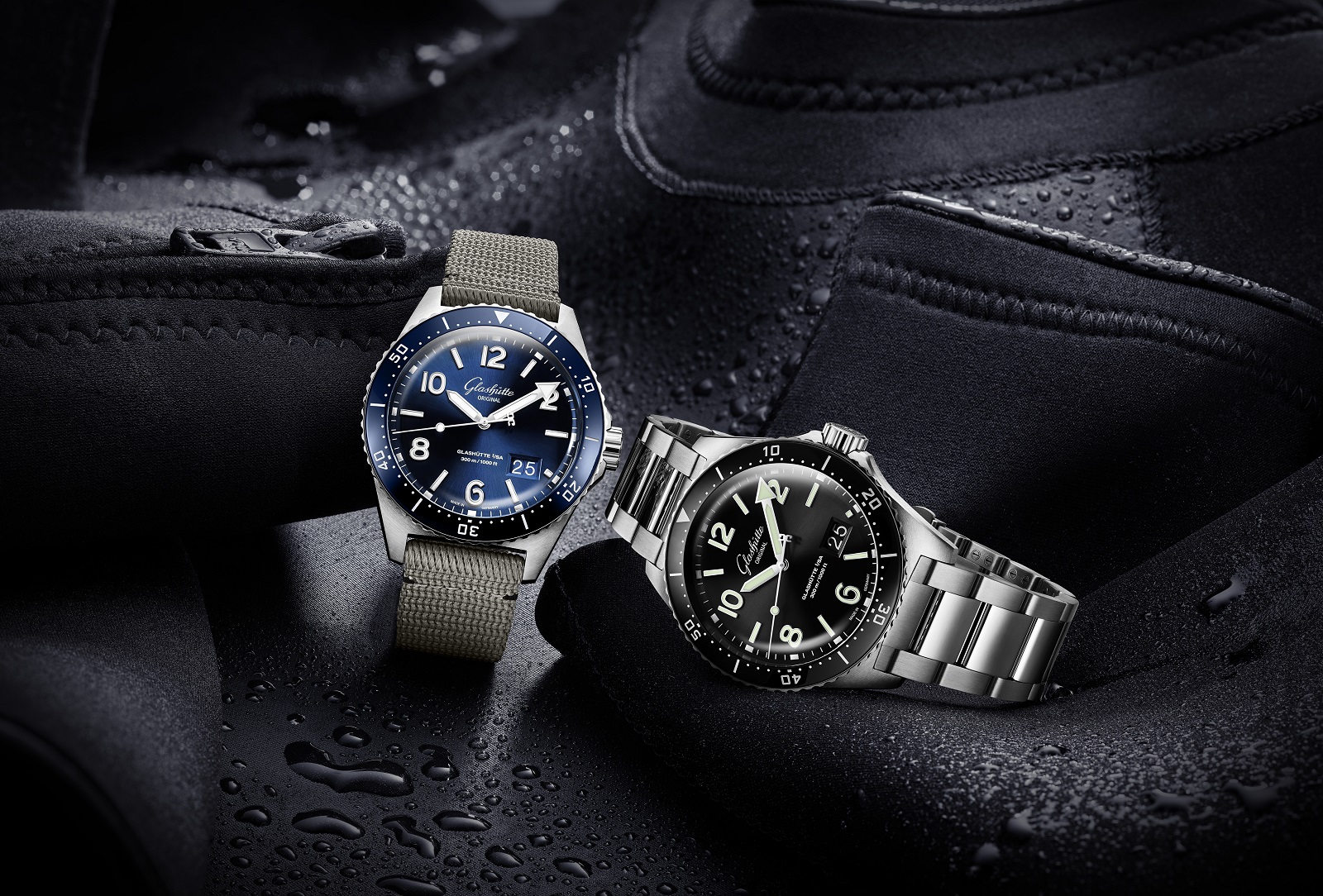 Out of the six brands that exhibited during the Swatch Group’s recent Time to Move launch event, Glashütte Original was the only one unable to host journalists at its factory, given the 10-hour drive to its home town. What the brand did instead, was to transform a conference room in Geneva’s Starling Hotel into an approximation of its factory.

Glashütte Original installed a dial-making bench to explain the unique dials of the Sixties watches, and more intriguingly, an entire room of quality control and testing equipment. But the highlight in terms of watches was a brand new range of retro sports watches, the Spezialist.

The Spezialist line is made up of three models – SeaQ, SeaQ1969 and SeaQ Panorama Date – all tested to Germany’s national industrial standard for dive watches, DIN 8306, as well as the international ISO 6425 standard.

Conceived as “tool” watches for professionals, the collection is comprised both regular production models and the flagship Spezialist SeaQ 1969 limited edition, a faithful remake of a dive watch Glashütte Original produced in 1969, the Spezimatic Type RP TS 200. More accurately, the original was made by Glashütte Original’s legal predecessor, the state-owned watch conglomerate VEB Glashütter Uhrenbetriebe (GUB). 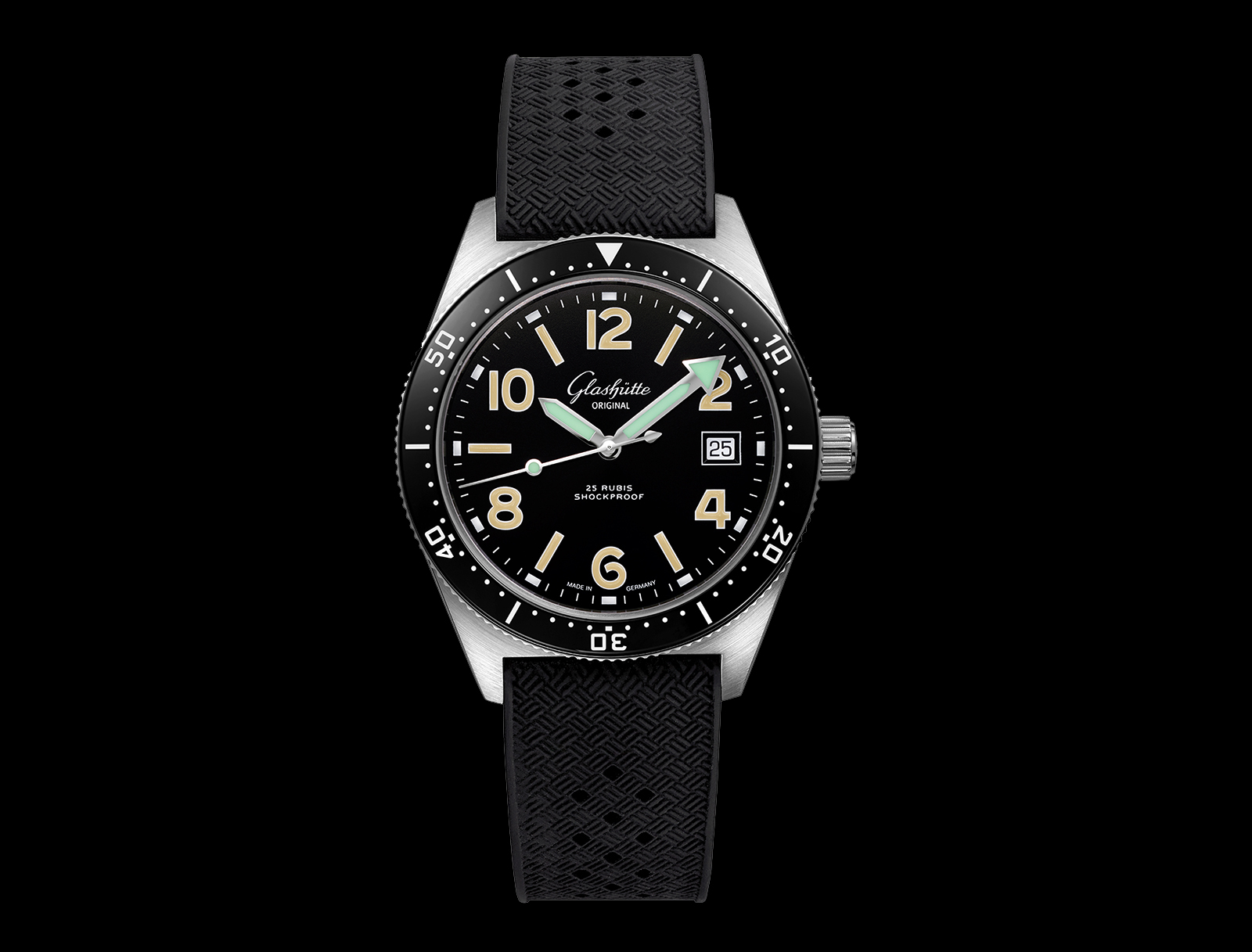 The large Arabic numerals that were originally painted with radium are now in pale brown Super-LumiNova that recreates the aged look without the radiation. And the hands are painted in green Super-Luminova that is seemingly mismatched but is actually the way it is on the vintage original. 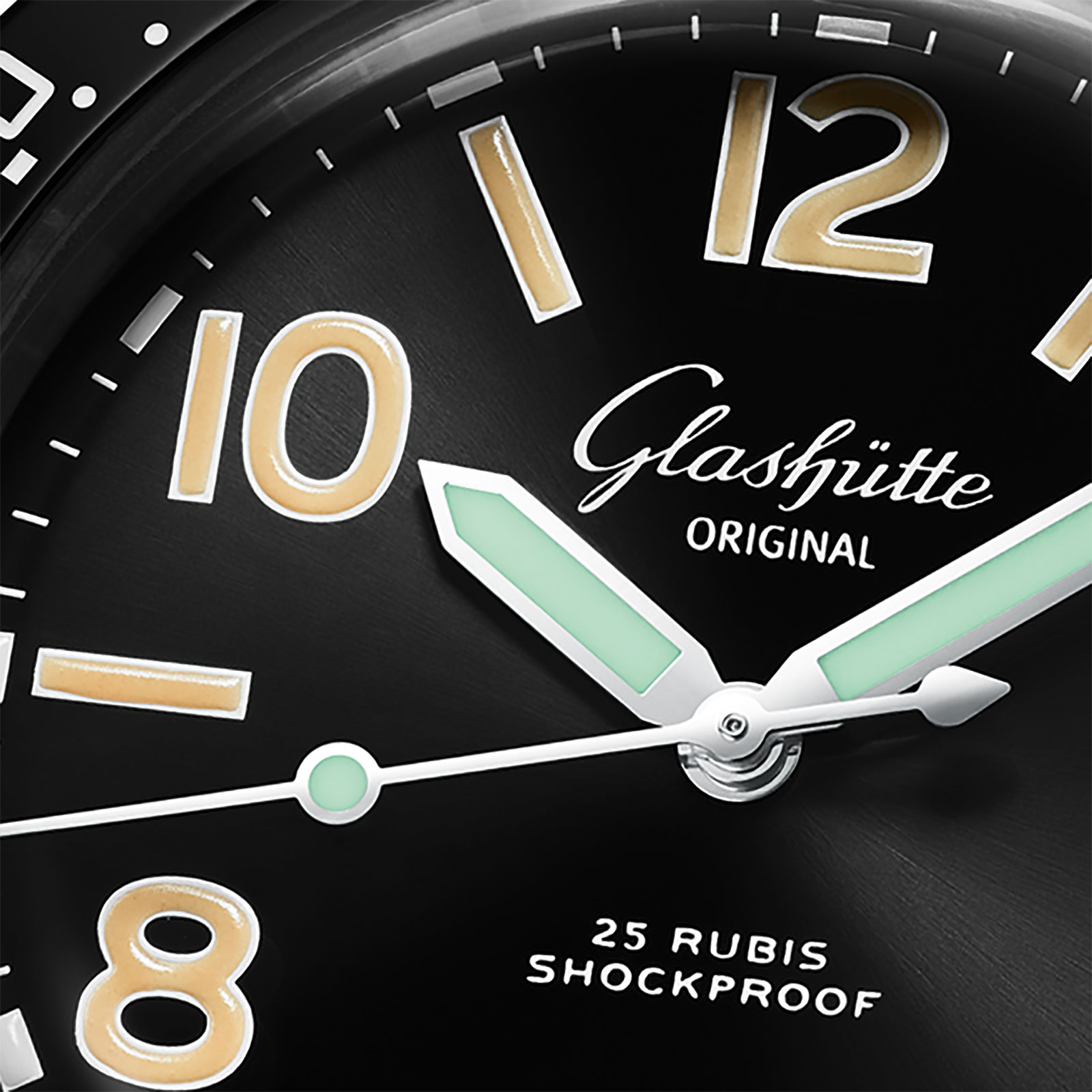 And to keep the remake as close to the original as possible, Glashütte Original kept the dial design identical, right down to “25 rubis” and “shockproof”, although neither is actually relevant to the modern, in-house movement found inside the remake.

And the retro standard model

The standard version of the Spezialist SeaQ is identical to the limited edition in most respects, save for the reduced lettering on the dial and the single tone, faux-aged Super-Luminova for the dial and hands.

The case back of all SeaQ models is engraved with a nautical version of the brand’s logo that will always be the right side up, thanks to a bayonet lock for the case back; it screws in with a locking mechanism similar to Omega’s Naid Lock that was used on this year’s Apollo 11 50th Anniversary. 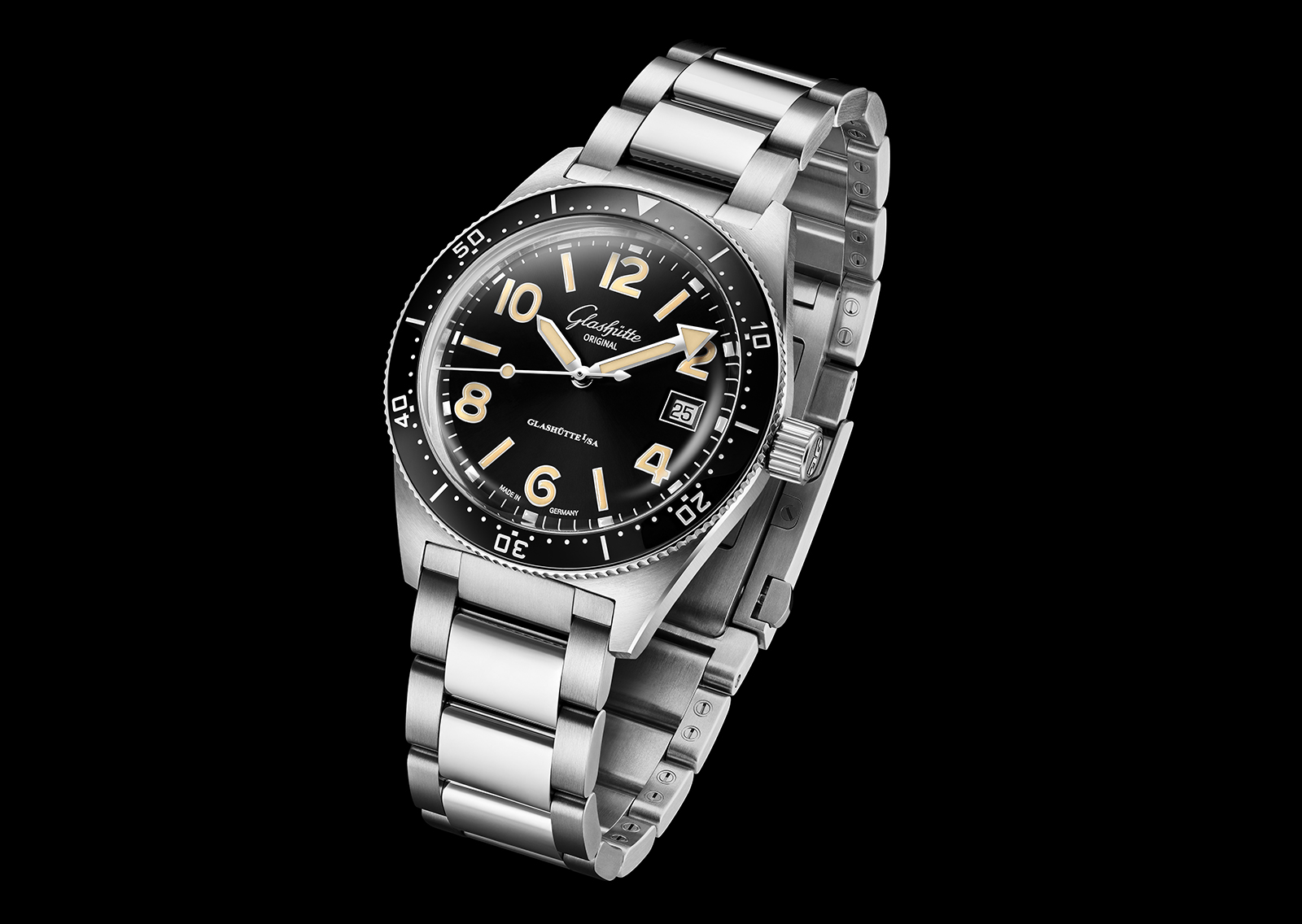 Both the limited edition and standard model are sold with either a nylon mesh or “tropic” style rubber strap, but the regular production model is also available with a stainless steel bracelet. 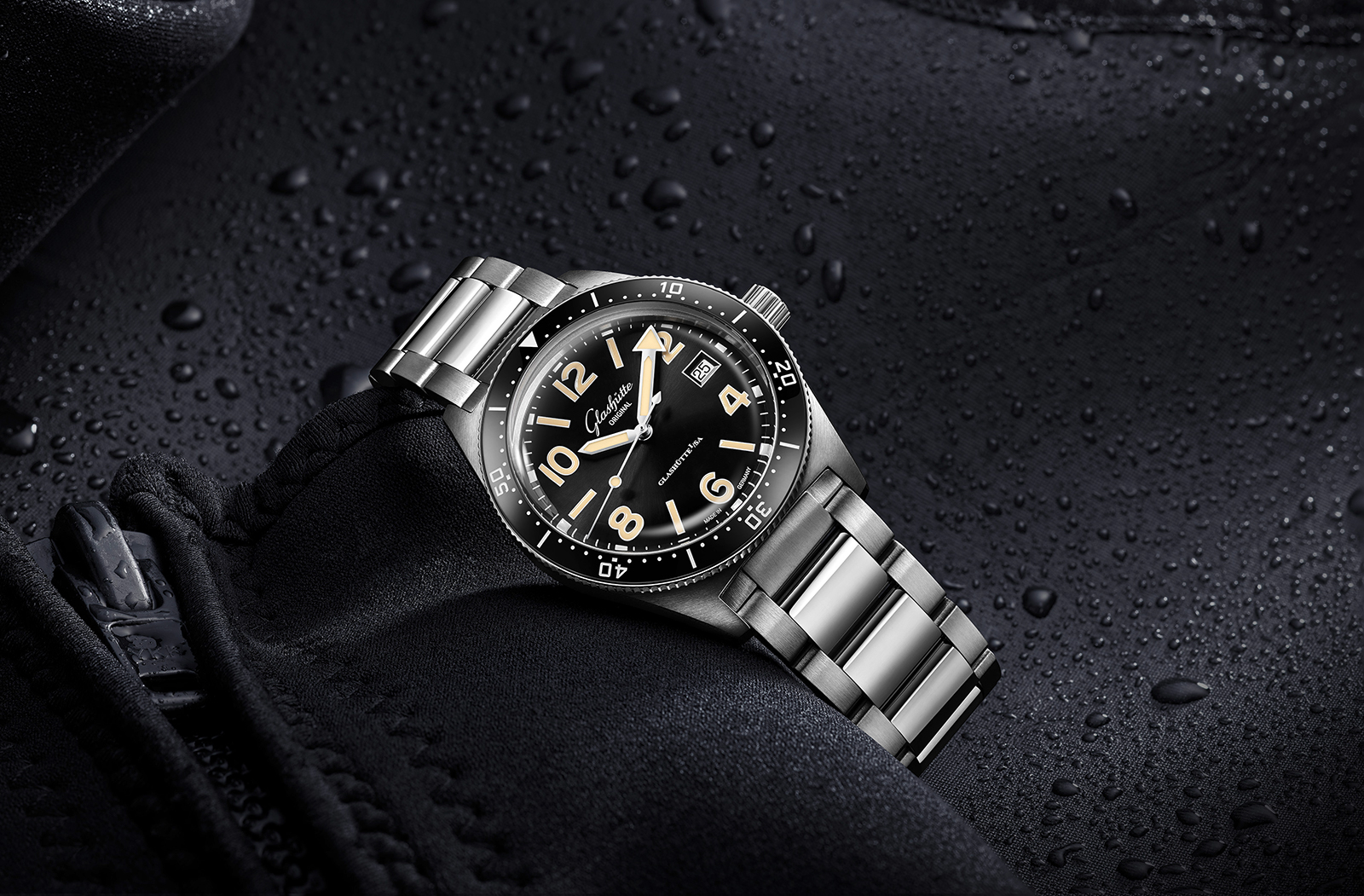 And the collection also includes the Spezialist SeaQ Panorama Date that incorporates the brand’s trademark big date, powered by the cal. 36 that has a 100 hour power reserve. Because of the larger movement inside, it has an upsized case, but with added functionality. 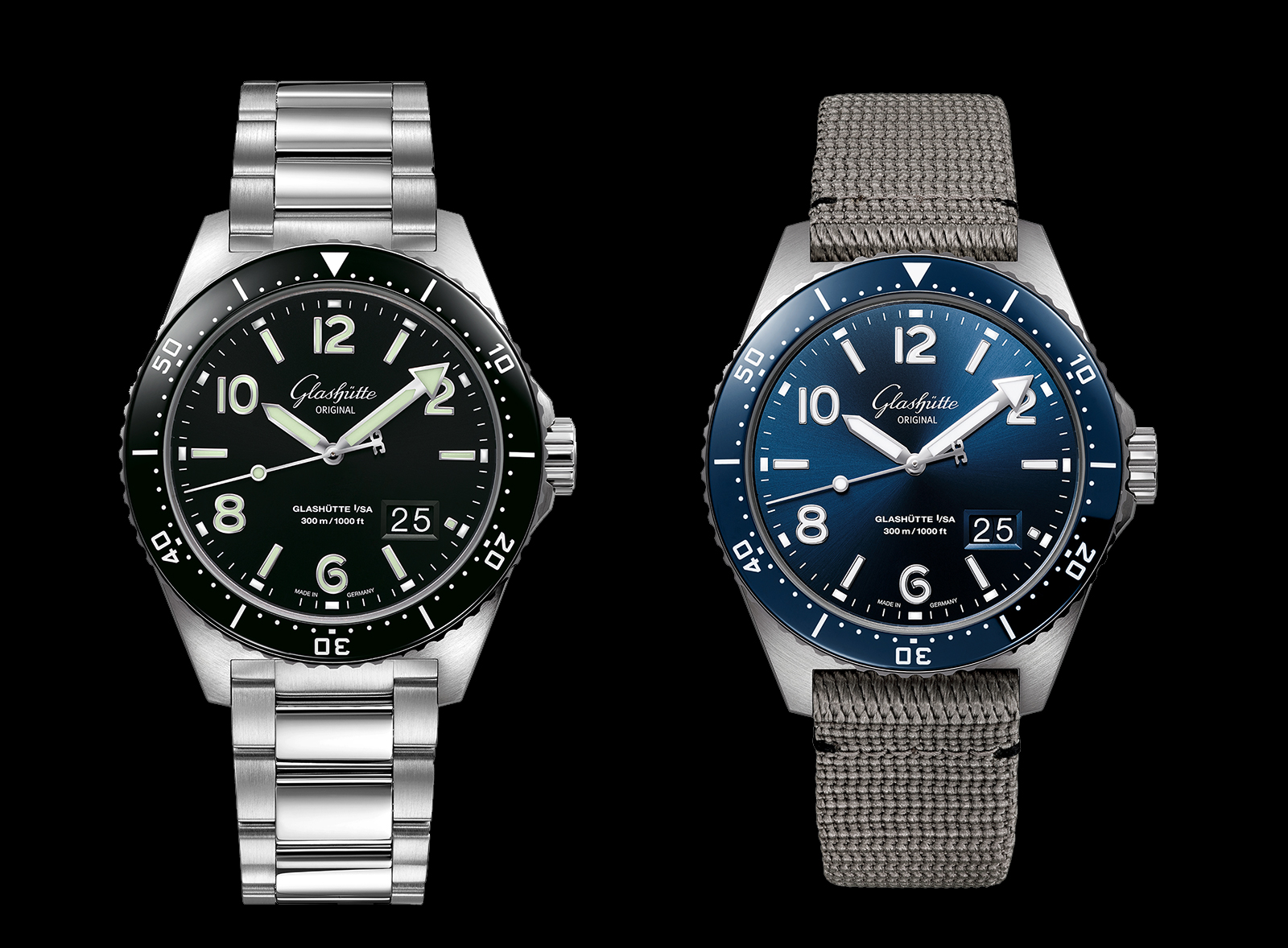 The watch is larger than the base SeaQ by a large margin, measuring 43.2mm in diameter, making it relatively hefty on the wrist but still wearable.

The dials are available in metallic black or blue with a sun ray finish. And instead of faux-aged Super-LumiNova, the SeaQ Panorama Dates has natural white luminescent paint in keeping with its obviously modern styling. 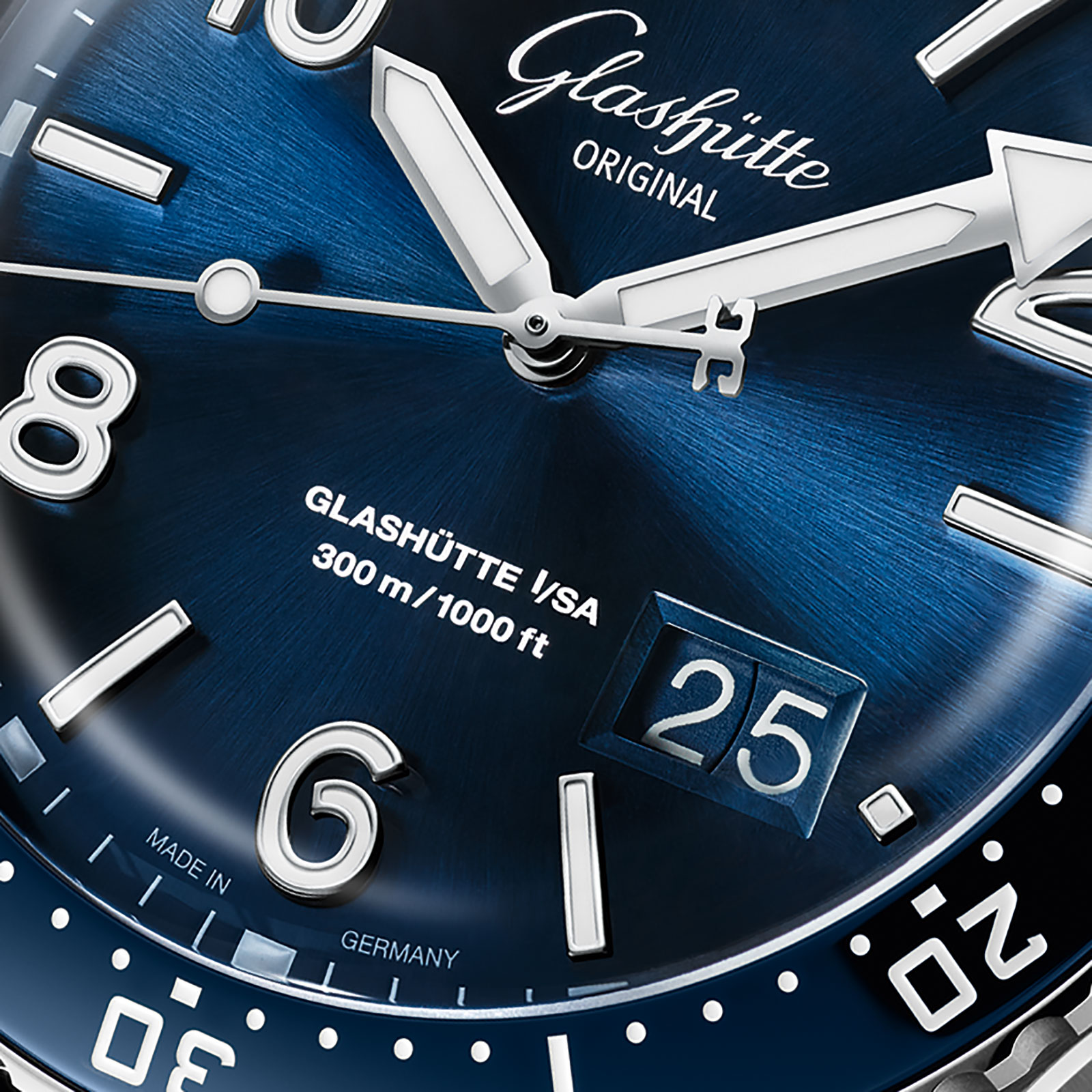 Unlike the smaller SeaQ remake, the case back of the SeaQ Panorama Date has a sapphire window that reveals the movement. 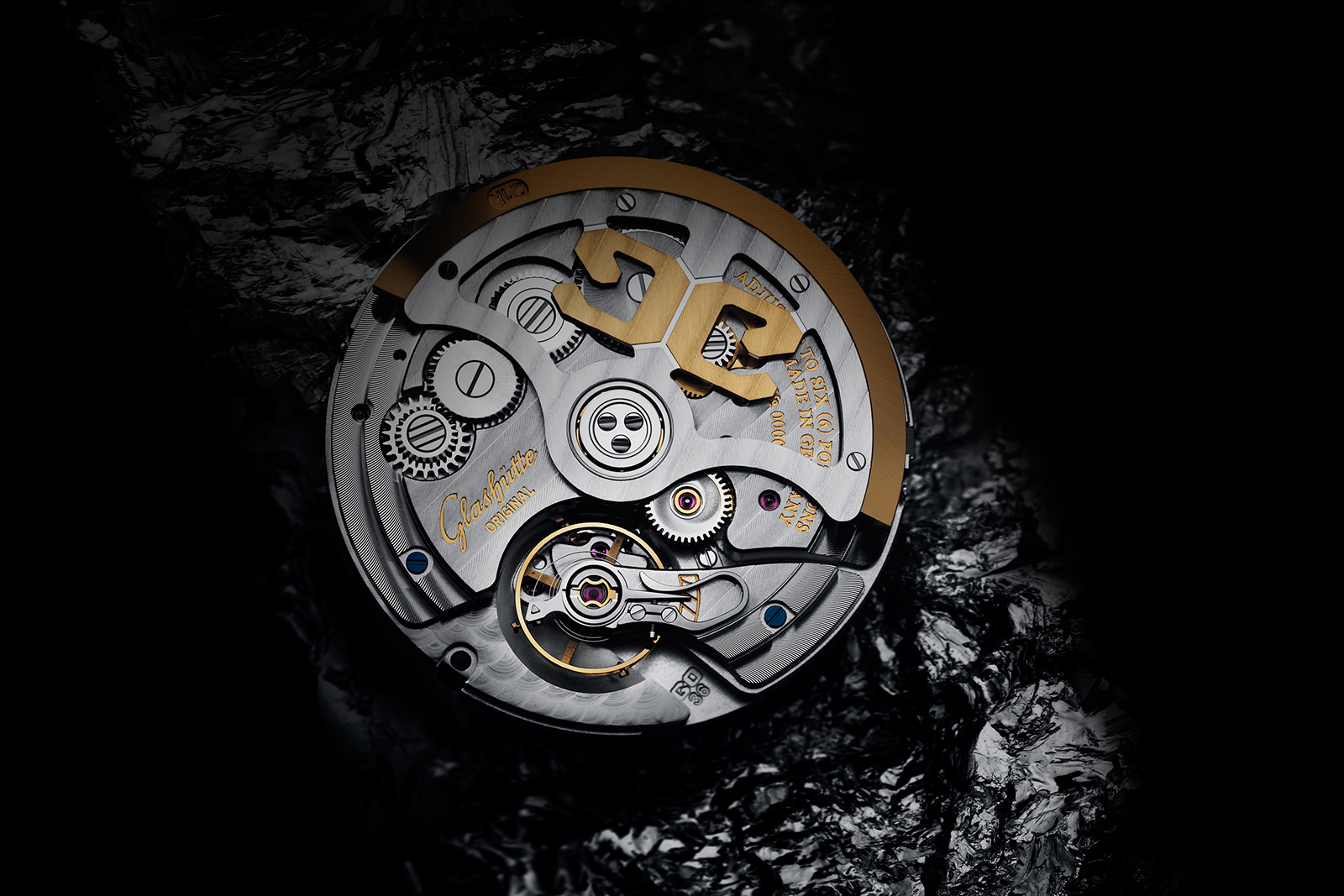 The cal. 36 was the in-house calibre by Glashütte Original that featured a silicon hairspring, while also having a larger mainspring – hence the long, 100-hour power reserve – and an adjustable mass balance wheel.

Strap: Synthetic mesh or rubber, and a steel bracelet for the SeaQ

All pricing in Euros includes a 19% VAT.