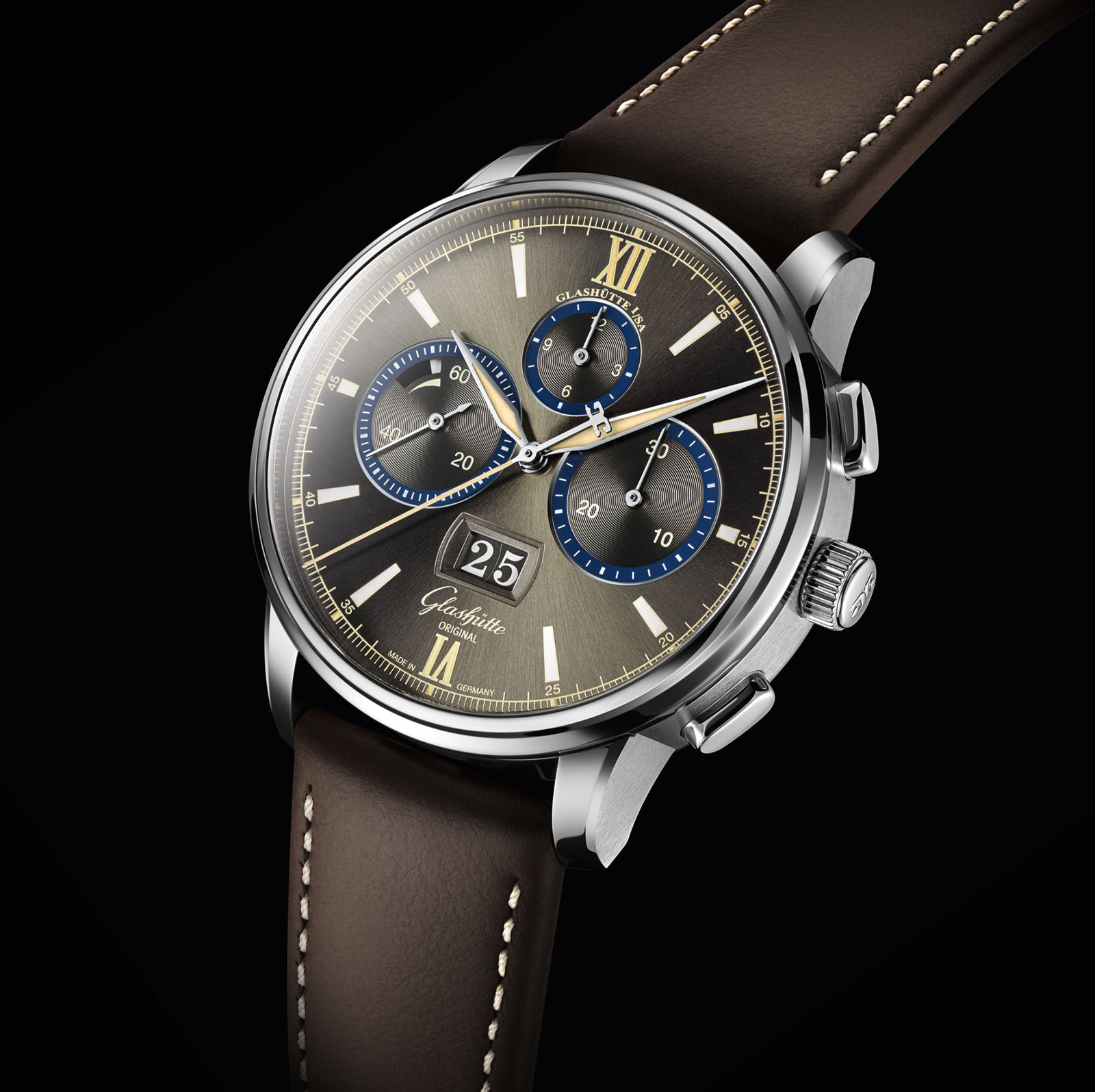 A limited edition dedicated to “poor but sexy” Berlin, the newest iteration of the Senator Chronograph boasts unusual, but appealing, colour combinations – “Bourbon Grey” or “Dry Silver” – giving it a look distinct from the stock version.

Launched at the 68th Berlin International Film Festival, where Glashütte Original is a title sponsor, the new chronograph is available in three variants. The first is stainless steel, and limited to 100 pieces. Its dial is “Bourbon Grey”, accented with dark blue rings on the registers and beige Super-Luminova. Fitted with the same dial is the red gold version, which is limited to 25 pieces.

And then there’s the platinum edition, limited to just five watches and equipped with a “Dry Silver” dial that’s matched with baby blue rings on the sub-dials, a colour palette unusual on a watch this large and masculine. The platinum version is also distinguished by the blue sapphire cabochon that tops the crown. Dials aside, ‘The Capital Edition’ is identical to the stock models. The cases are 42mm in diameter, and fitted with the cal. 37, a solidly constructed in-house calibre with a 70-hour power reserve. It’s automatic and equipped with a column wheel, while the horizontal coupling mechanism is simplified, making it relatively slim for a self-winding chronograph movement.

It’s decorated in a manner typical of Glashütte Original movements, with striping on the rotor and bridges, solarisation on the wheels and blued screws. And it has a 21k gold rotor rim as well as a swan’s neck regulator index (though the balance has four solid gold screws for regulation). The Senator Chronograph ‘The Capital Edition’ is already available at Glashütte Original boutiques and authorised retailers. Prices are as follows: