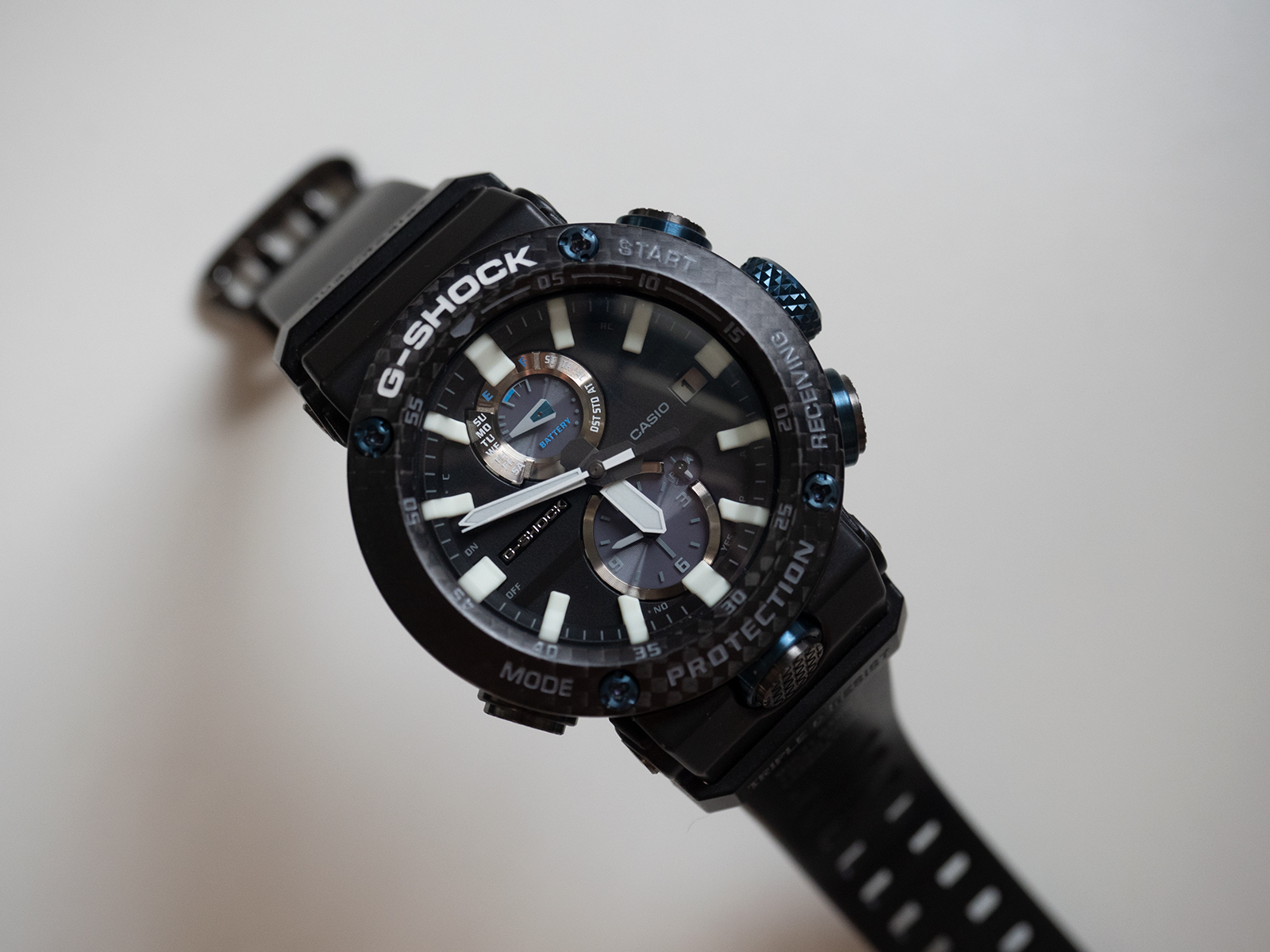 Given carbon fibre’s useful qualities like strength and lightness – and its widespread use in watches – it may come as a surprise that Casio has never used carbon fibre as the key structural material for the G-Shock. There have been G-Shocks featuring bezels and decorative strap inserts in carbon fibre, but 2019 marks the first time the watch case is made of carbon fibre, or more specifically, carbon fibre reinforced polymer.

Named “Carbon Core Guard Structure”, the one-piece carbon fibre cases made their debut this year at Baselworld 2019, rolled out across the G-Shock range, including the Mudmaster, G-Steel, and Gravitymaster, making them notably lighter than before.

While the Gravitymaster was conceived as a tool watch for pilots, the sheer size of the professionally oriented “Masters of G” watches, namely Gravitymaster, Mudmaster and Rangemaster, leave them too large to fit a cuff, or perhaps even under the sleeve of a flight suit. The new carbon fibre models, including the Gravitymaster, have been slimmed down, courtesy of a thinner electronic module introduced in the G-Steel last year, making them the thinnest professional models to date. 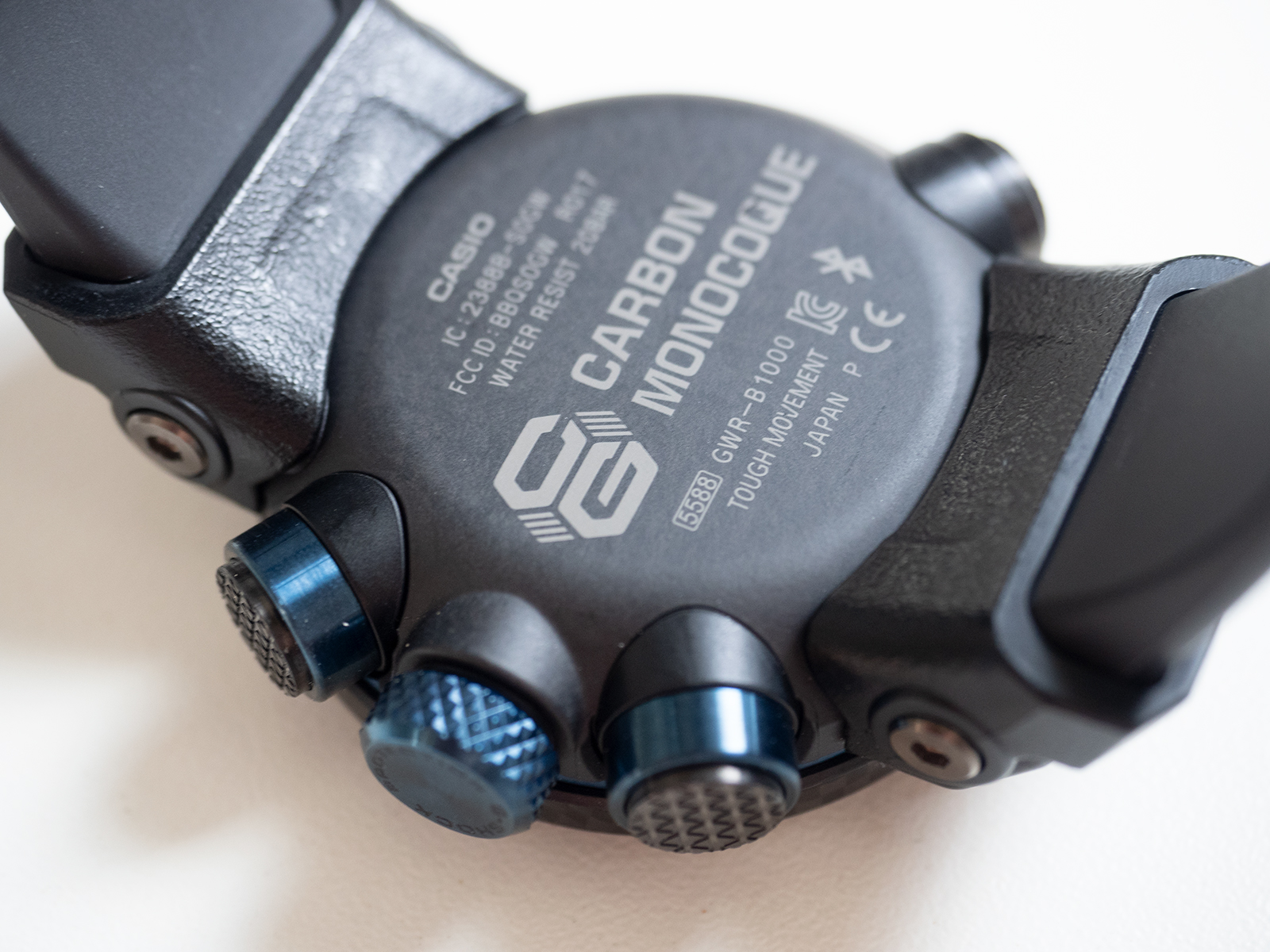 The Gravitymaster GWR-B1000-1A1 pictured here, and the two other variants (one in dark grey, and a limited edition with red accents), measures 46.4mm wide and 50.1mm long, and 16.9mm high. The numbers sound large but it’s actually compact for a G-Shock.

It is also the lightest G-Shock Gravitymasters ever, weighing in at just 72g – that’s about the weight of 15 sheets of A4 printer paper. It’s almost half of the weight of the comparable Gravitymaster GPW-2000-1A in resin and steel that weighs in at 120g. And that’s thanks to the extensive use of carbon fibre, or more specifically, carbon fibre reinforced polymer. 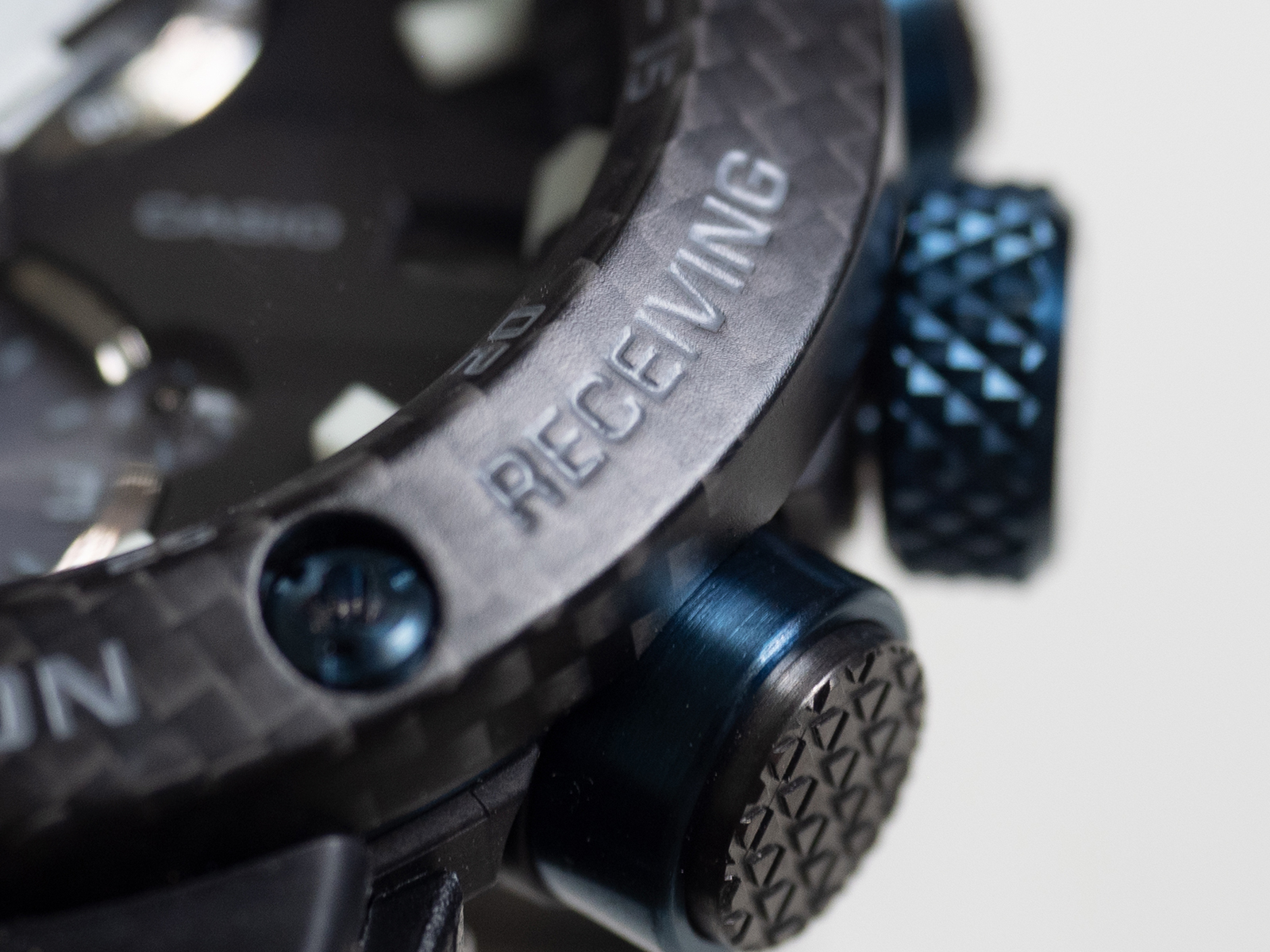 Carbon fibre reinforced polymer is basically a plastic containing carbon fibres, with the plastic giving it shape and the fibres providing incredible strength. The material is usually made in an autoclave, a type of oven that bakes the material at high temperature and pressure to set the polymer. The lightness and strength of carbon fibre reinforced polymer means it’s widely used in aircraft, automobiles, and also watches. 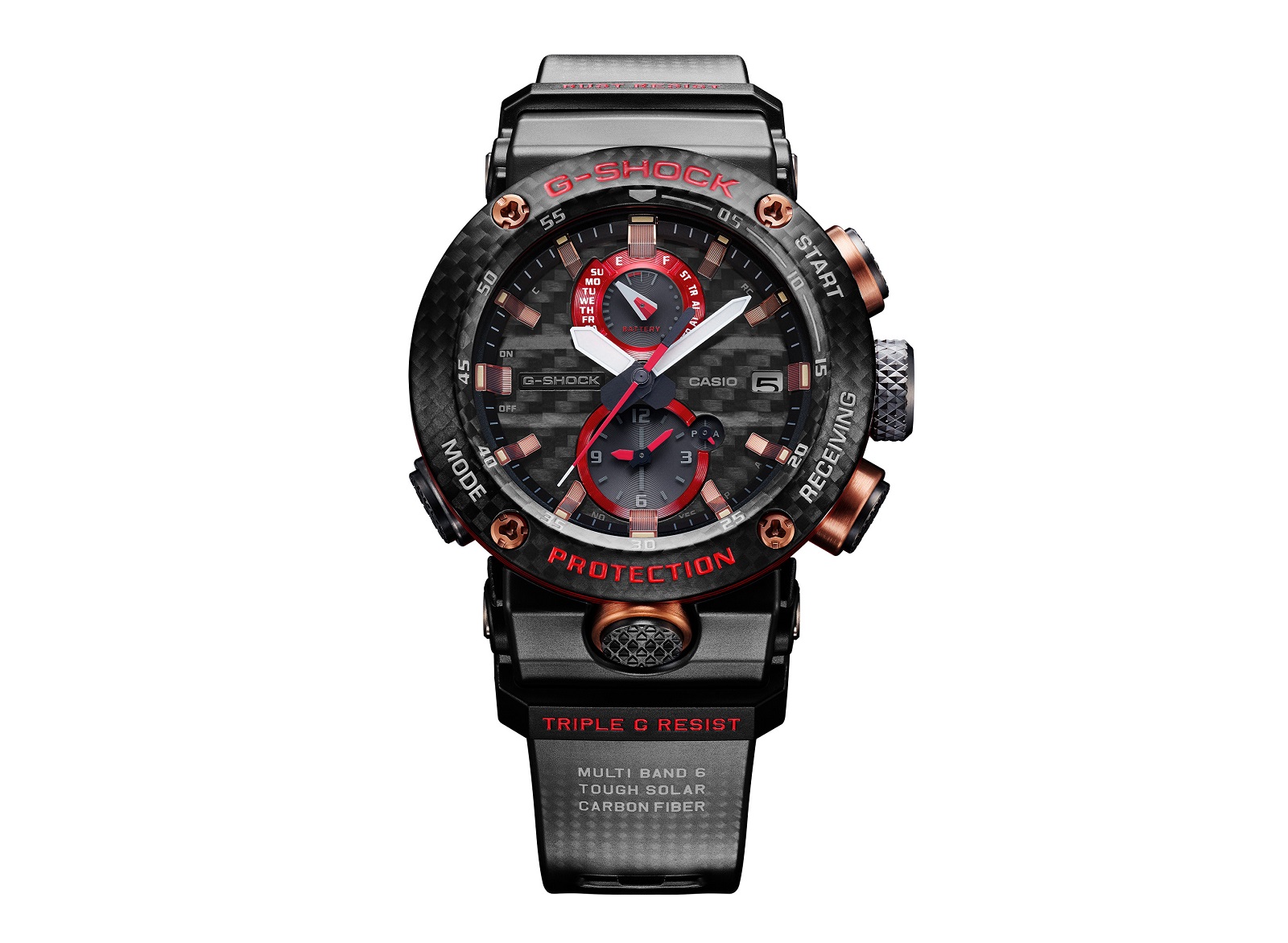 That, however, was a conscious choice according to Hiroaki Kubo, the General Manager for Timepieces at Casio Singapore. The woven finish is the quintessential look for carbon fibre for most consumers, and was chosen to make it obvious that the material is carbon fibre. The case structure, on the other hand, is unseen and thus made of a carbon composite with the same properties but without the distinctive woven look.

All of the metal parts of the watch like the crown, pushers and screws, are made of titanium.

As with most analogue G-Shocks, the dial indicates a multitude of functions with sub-dials and sub-sub-dials. It’s a complex look but easy to read once you get used to it.

G-Shocks are hard to beat when it comes to multi-functionality, and it’s now made easier with the G-Shock Connected app that connects via Bluetooth to the watch, allowing time-setting and other adjustments from the smartphone. In a few countries, including the United States and China, the watch can also be synced with radio wave signals. 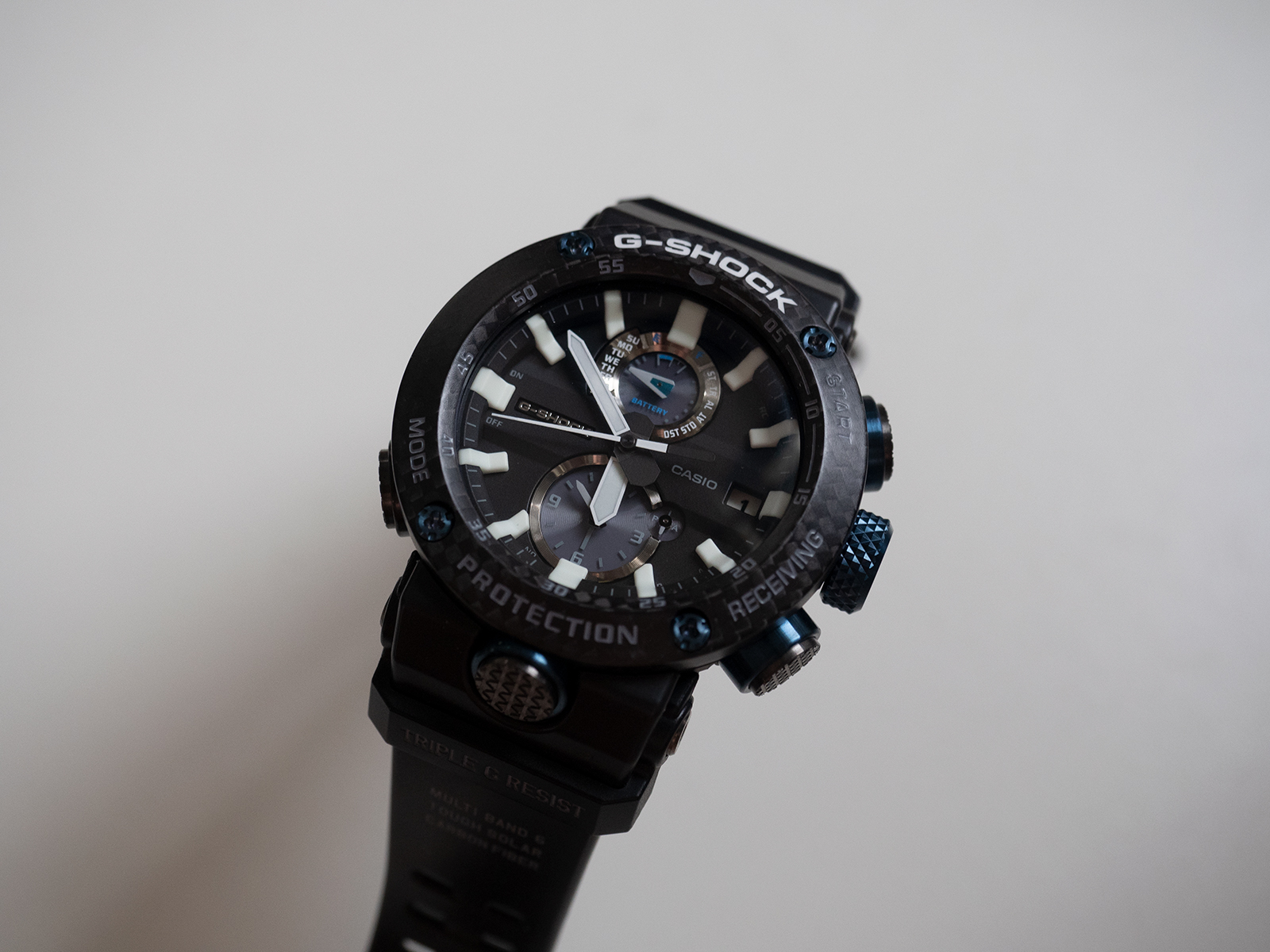 Though protected by a high bezel, the crystal is still scratch-resistant sapphire

When I set the alarm and even the time, I quickly learnt that the app was the easier way to set the watch, especially given the number of functions on the professional models like the Gravitymaster. 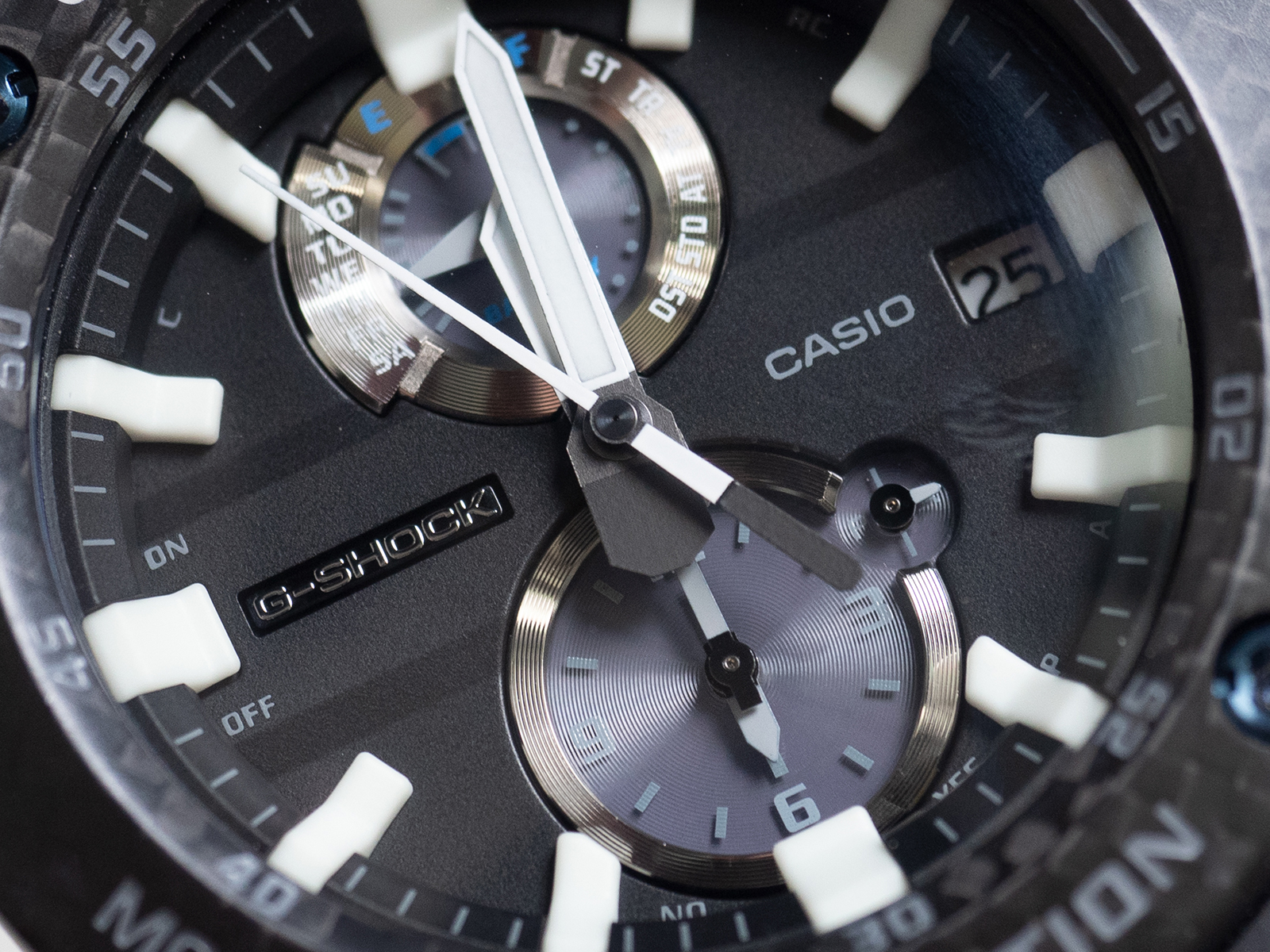 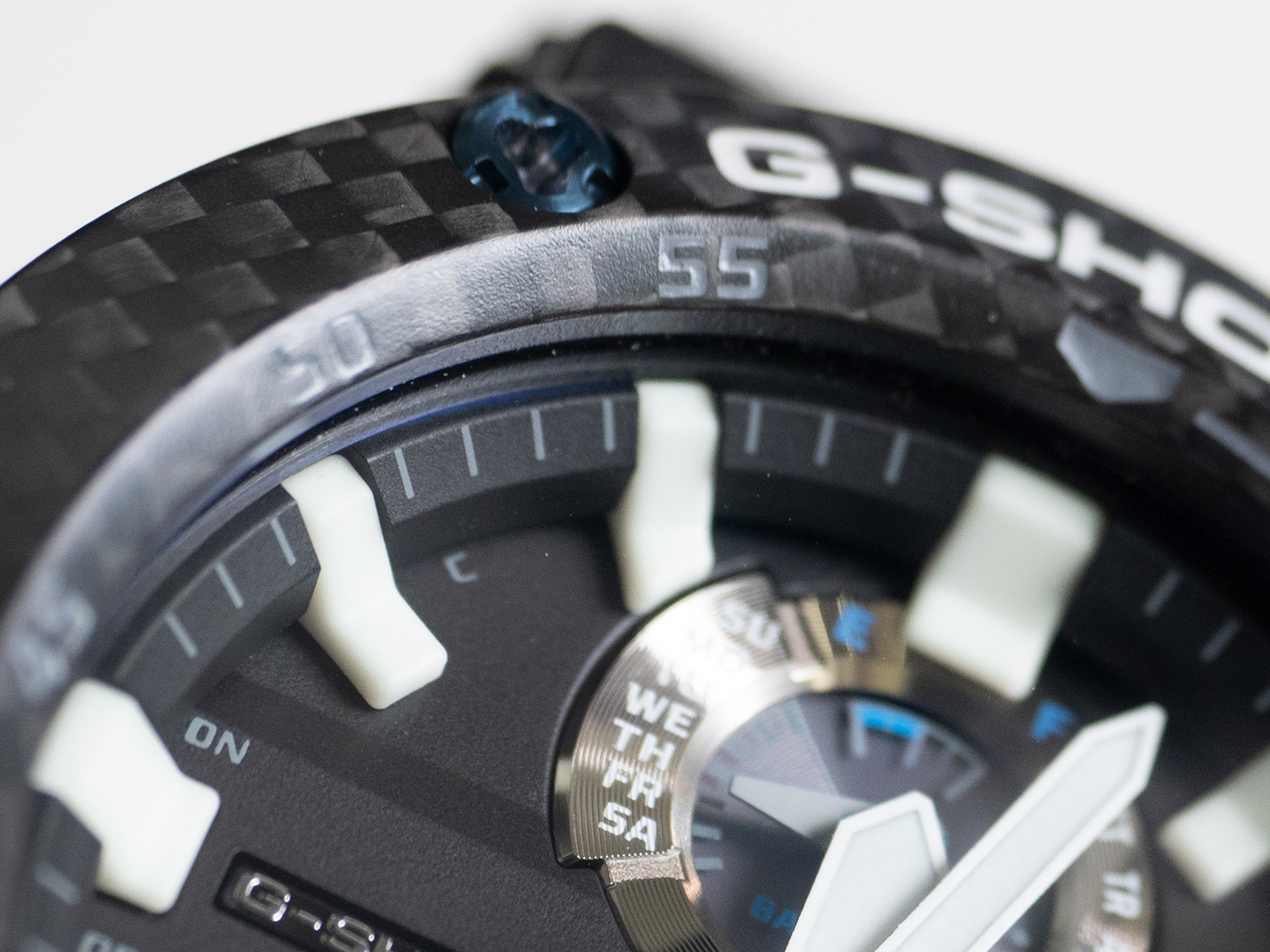 In addition to the time, the watch also indicates the day and date, power reserve, world time day and night indicator, and also features an alarm, chronograph plus countdown timers. Because this was designed for pilots, the chronograph is a flyback, meaning it can be stopped, reset and started again with a single button. It’s a lot to deal with on the dial but the new Gravitymaster keeps it relatively legible.

Like many other current G-Shocks, the Gravitymaster is solar-powered and will run five months on a full charge with normal use. In power-saving mode it’ll go 18 months. 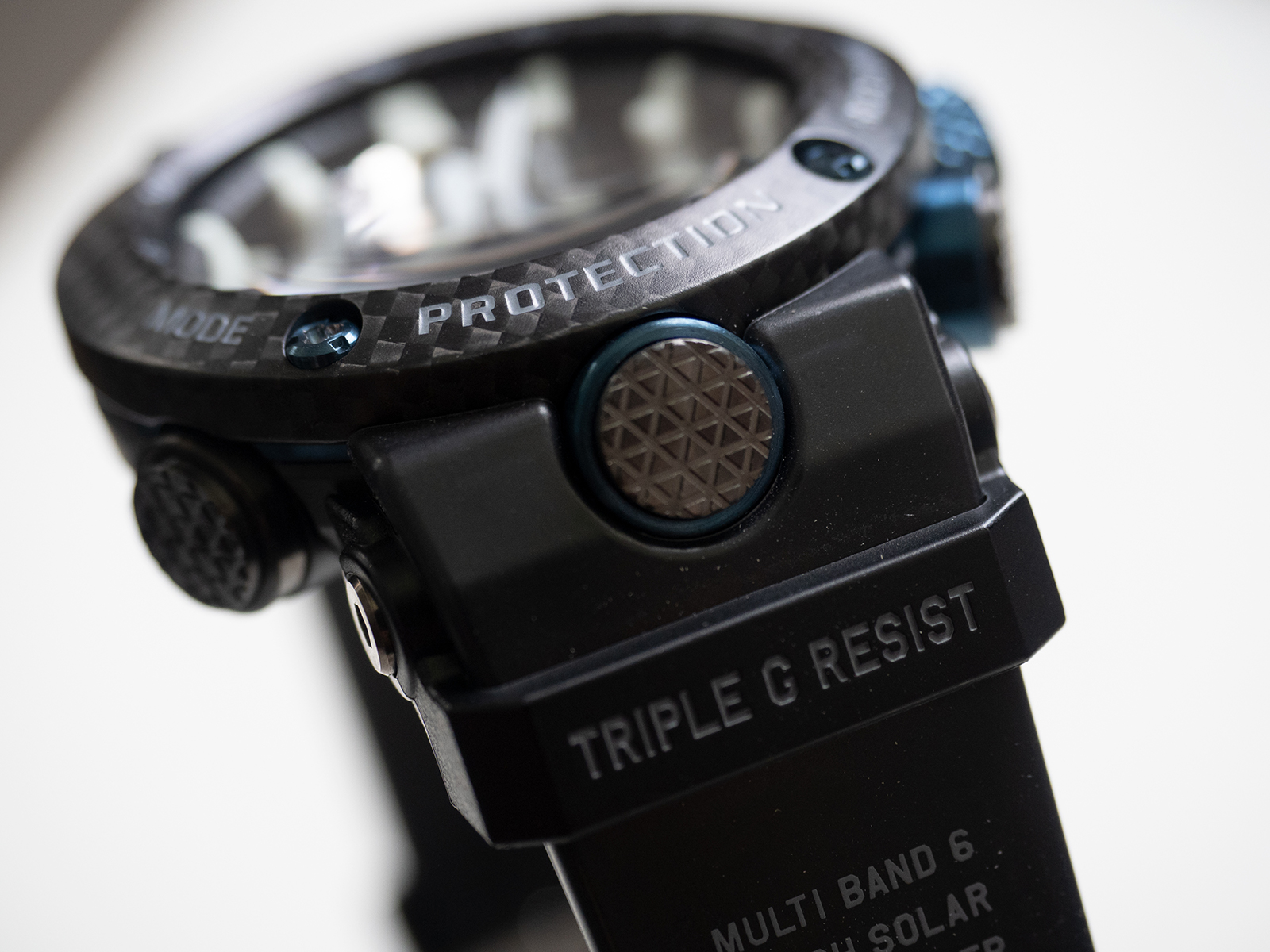 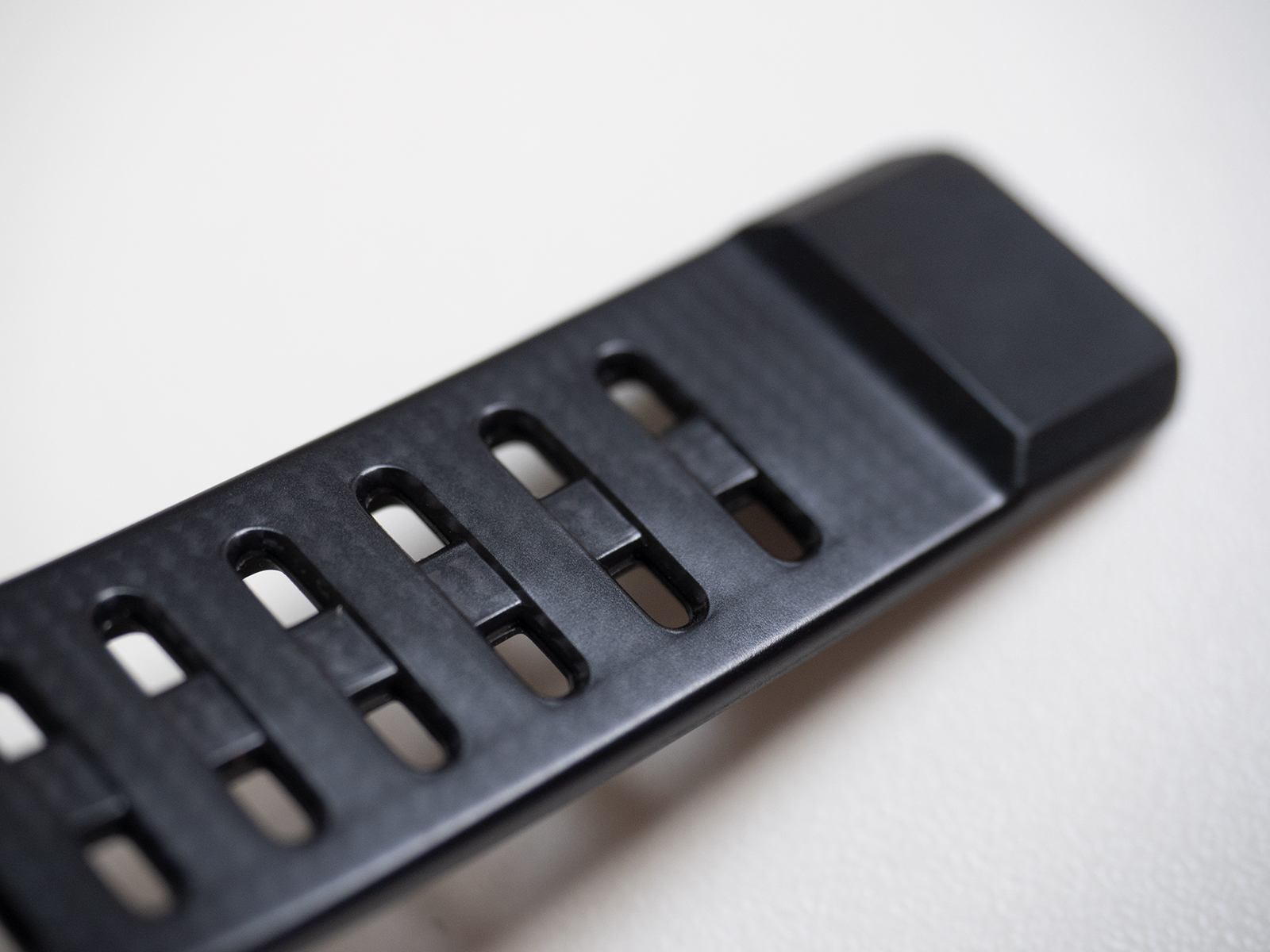 While the watch is mostly the same in terms of function compared with other Gravitymasters, the latest version is distinctly different on the wrist. It packs an impressive amount of tech into a relatively small space.

With the reduced dimensions and weight, the watch is far easier to wear. That’s especially so for someone who mostly wears mechanical watches; the new Gravitymaster feels more like an ordinary watch instead of a gadget though it still retains enough gadgetry to keep the inner geek satisfied.

The G-Shock Gravitymaster Carbon Core Guard (ref. GWR-B1000-1A1) is priced at 1,299 Singapore dollars, or US$950. The watch is already available at G-Shock boutiques and retailers.