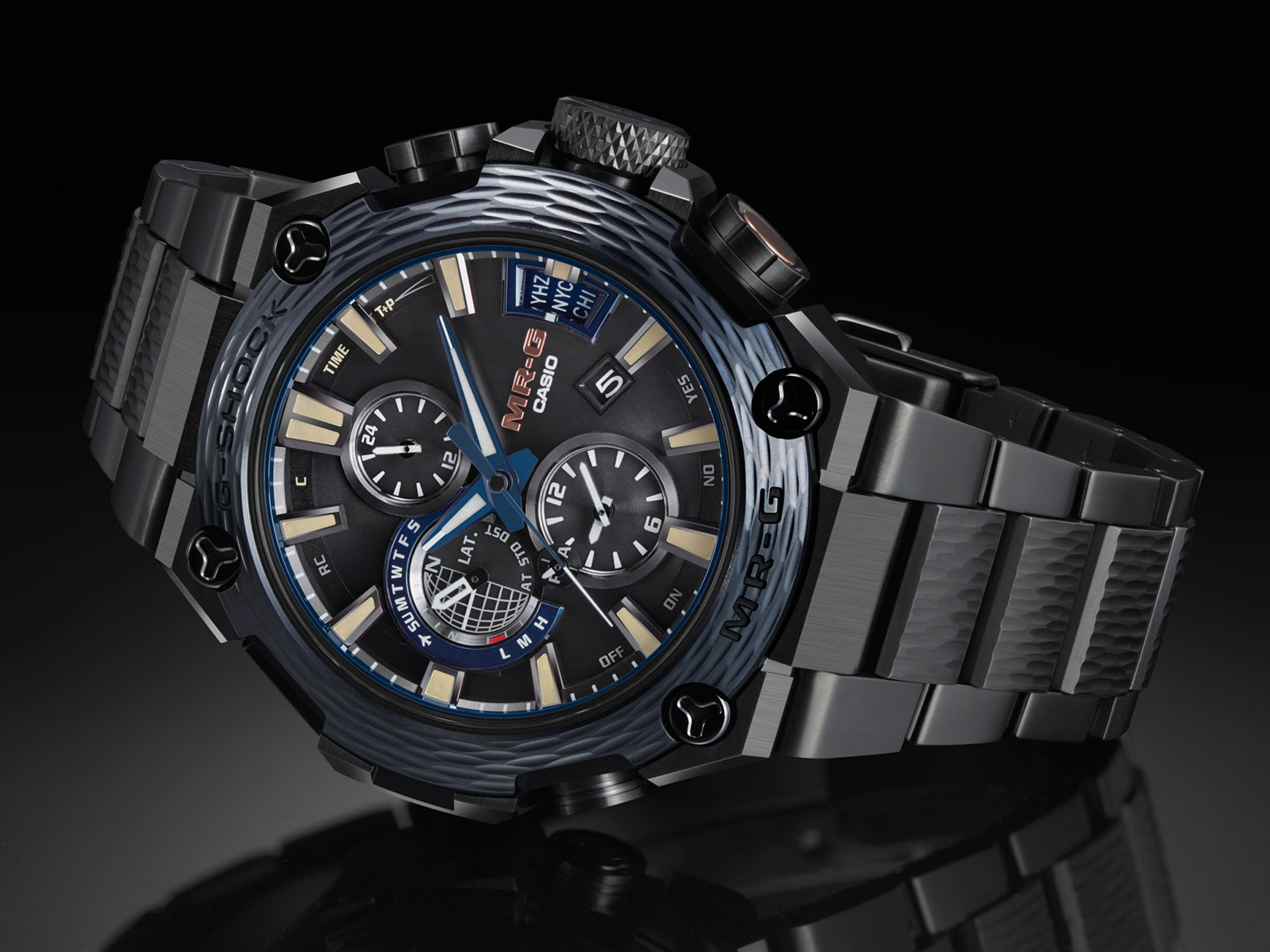 Based on the G-Shock MRG-G2000, the Indigo Hammer Tone has a newly developed “Connected Engine 3-Way” movement that’s able to sync its time with GPS satellites, radio signals as well as a Bluetooth-paired smartphone. The three-way sync also means the watch automatically adjusts the time display to the user’s location anywhere in the world. It’s powered by solar energy – the watch will run two years on a full charge – and has all the usual features of a G-Shock, including world time, stopwatch, countdown and alarm. The entire watch is titanium, and finished with a “double hardening”, meaning that the alloy is first surface hardened and then coated with a layer of scratch-resistant diamond-like carbon (DLC). The DLC coating on the bezel and case back is a dark blue that’s intended to replicate aizome, a blue fabric dye from the indigo plant.

Both the bezel and centre links of the bracelet decorated with tsuiki, a centuries-old Japanese technique for hammering copper ware. Created in collaboration with tsuiki artisan Bihou Asano, the same craftsman responsible for the earlier Hammer Tone limited editions, the decoration is named kasumi-tsuchime, made up of overlapping hammered lines. Limited to 500 watches, the G-Shock MRG-G2000HT is priced at US$7400, while in Singapore pricing has yet to be set but it will be over S$10,000. It will be available at select G-Factory stores and authorised retailers starting September 1.