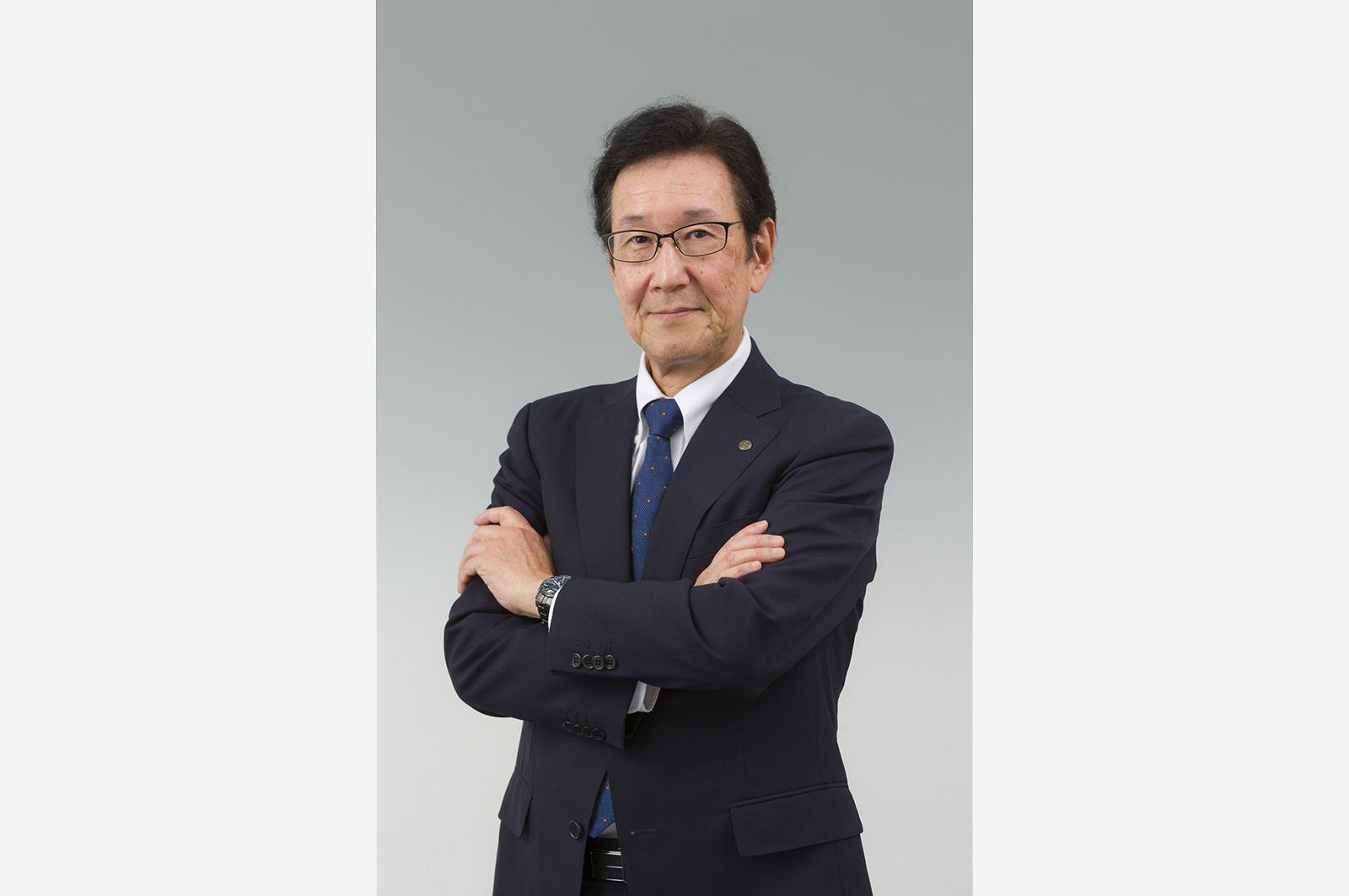 While Casio is best known for its watches today, the Japanese corporation actually got its start as the maker of the world’s first electric calculator in 1957. Watches only came along two decades later, during the depths of the Quartz Crisis, with the launch of the Casiotron digital watch in 1974.

Credit for Casio’s watchmaking success goes mostly to the G-Shock, with 100m units sold at last count. Despite being almost four decades old, the G-Shock, in its multitude of variations, remains a perennial strong seller and one of the biggest revenue drivers for the company, which turned over about US$2.8 billion in 2018.

At Baselworld last month I got the chance to discuss the history and success of the G-Shock with Yuichi Masuda, a 41-year veteran of the company who was there from the very beginning of the G-Shock. Trained as an engineer, Mr Masuda joined Casio in 1978, and shortly after took charge of the G-Shock project. He’s now the third most senior officer of the company – Senior Executive Managing Officer on the board of directors – and runs the Timepiece Business Unit. 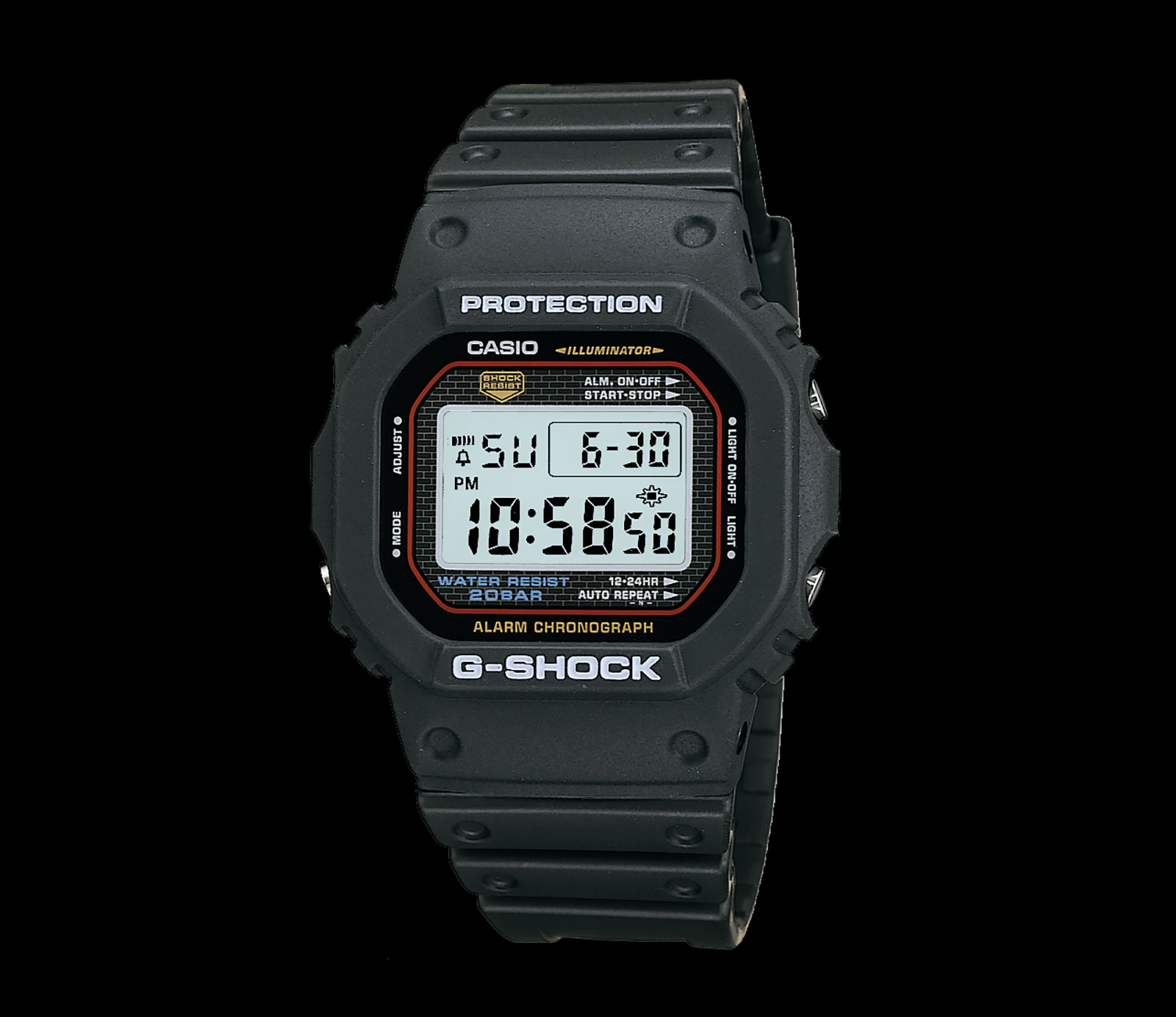 Although Kikuo Ibe is best known as the inventor of the G-Shock, Mr Masuda shares credit for its creation, having been the leader for the project that spawned the G-Shock. “Project Team Tough” was set up in 1981 to build a shock resistant watch that would pass the “Triple 10” test – 10-year battery life, 10-bar or 100m water-resistance, and a drop of 10m. Mr Ibe famously conducted the drop test by throwing prototypes, several hundred of them by his count, out the window of a toilet on the third floor of Casio’s headquarters.

“Casio was a latecomer to the watch industry. When we entered into the watch industry [in 1974], there were Swiss brands, Seiko, and Citizen in Japan,” recalls Mr Masuda, “So we had to separate ourselves, which was why we started with digital products. We had to appeal to the target consumer who wanted digital watches.”

“The concept was shock resistance and absolute toughness, so G-Shock was a unique product, totally different from Swiss watches. We tried to cater those concepts to the consumer, which is why we also developed new technology and new specs [to grow the line].” 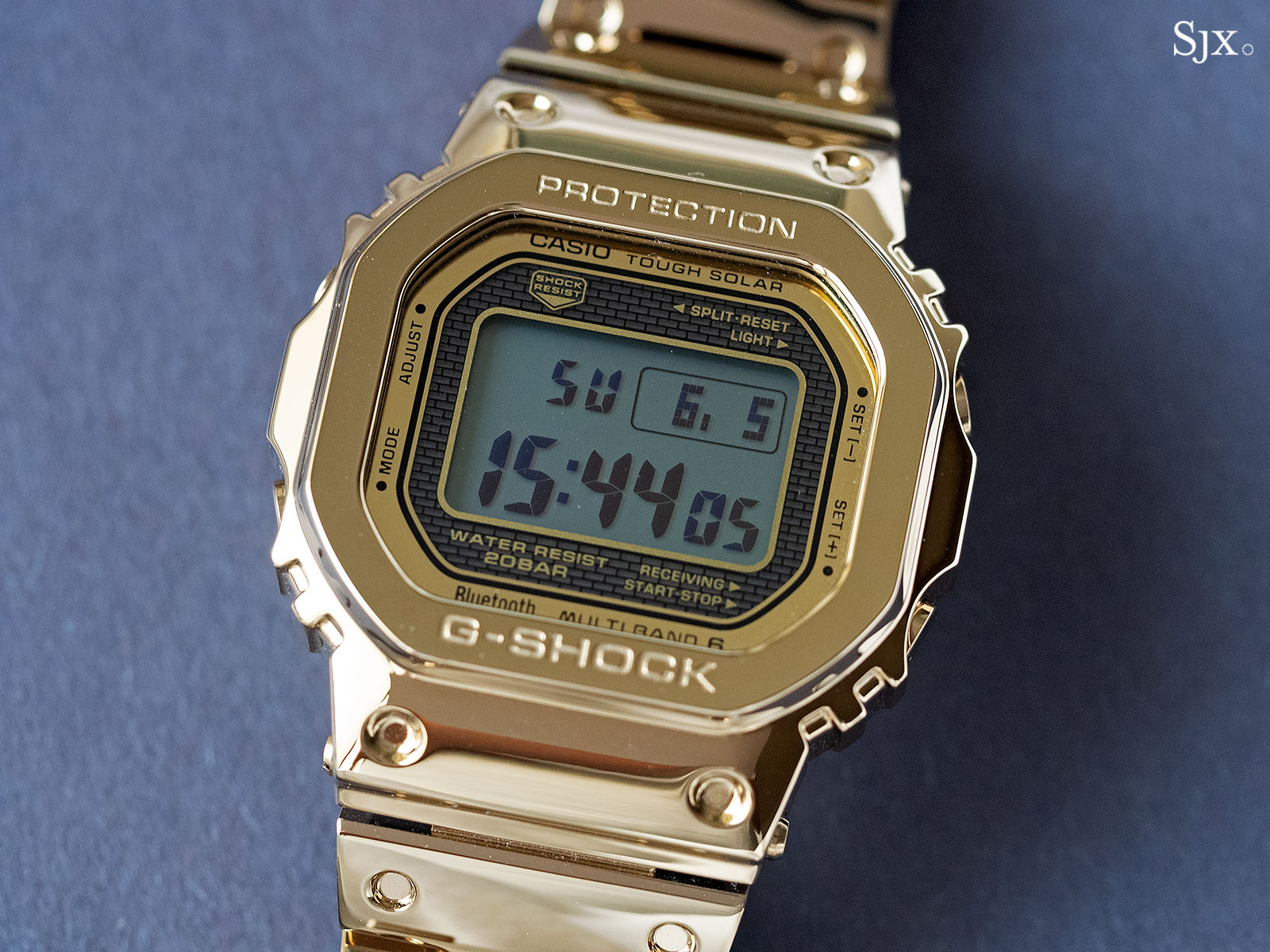 The 35th anniversary G-Shock that is a remake of the original, but in gold-plated steel

Though sales were initially slow, the G-Shock eventually caught on in a big way in the United States before finding success elsewhere around the world. In spite, or perhaps because, of the no-nonsense functionality that underpins the watch, the G-Shock has been notably versatile and robust from a price perspective – the recent announcement of a G-Shock in solid 18k gold is a US$70,000 example of that.

“G-Shock is indeed one of the brands with quite a big price range, from $100 to $10,000,” notes Mr Masuda with a laugh, “Each line has different prices because of the different images and functions they have. Swiss brands have history [to support price]; G-Shock has a unique concept of shock resistance. So we can have a variety of products and range, but all based on the same concept.” 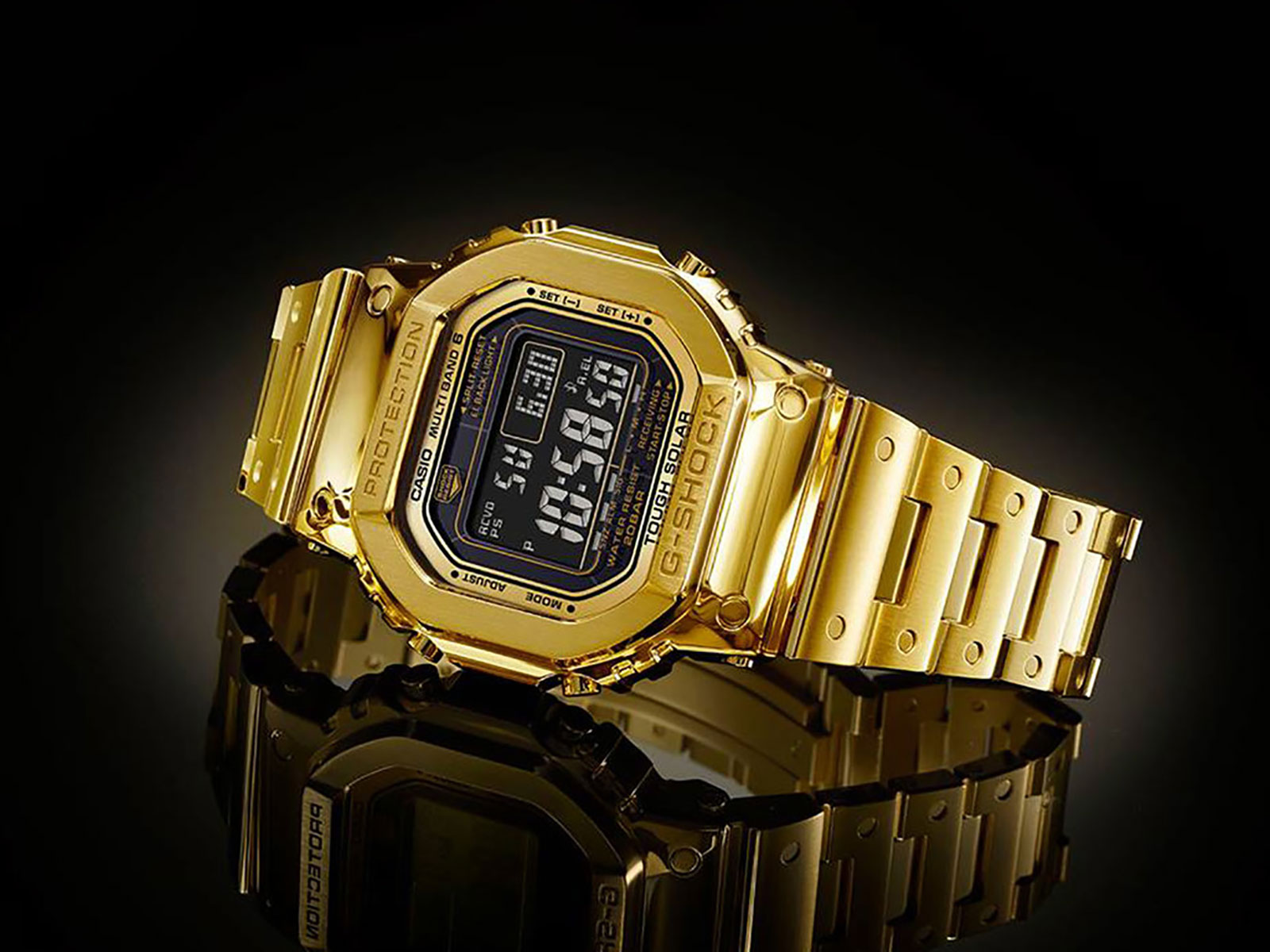 In fact, the shock resistance of the G-Shock sets it apart from many other modern electronic products that have a built-in obsolescence. Creating an electronic watch that is almost indestructible might seem to be a poor business strategy, but Casio has managed to keep demand for the G-Shock strong with strategic pivots.

Those include the development of analogue G-Shocks in the 1990s, as well as models catered for specific pursuits, like the Frogman for divers and the Mudman for explorers. That was followed by collaborations with a variety of big names in pop culture, ranging from fashion, like streetwear label A Bathing Ape, and contemporary artists like Takashi Murakami, whose edition is now probably the most valuable G-Shock, typically selling for US$14,000 or much more. The most recent being the tie-up with boxing glove maker Everlast.

“We have a variety of product ranges within G-Shock, and we have different target users for each range,” says Mr Masuda, “So we have to appeal to each group of target users. Those groups have different preferences for external brands, and those brands will then be our collaboration partners.”

“The important thing is to keep the shock resistance and durability; it’s a fundamental specification for the watch. But people also get tired of current trends sometimes and want to change”, says Mr Masuda of the frequent design updates.

The ability to keep current with tastes has helped transform the G-Shock from a no-nonsense digital watch to a global hit. “We always create new designs and provide the newest things for the consumers. That’s why the G-Shock is always relevant; and why we’ve continued for so long. G-Shock is now beyond just a watch, G-Shock is a culture.” 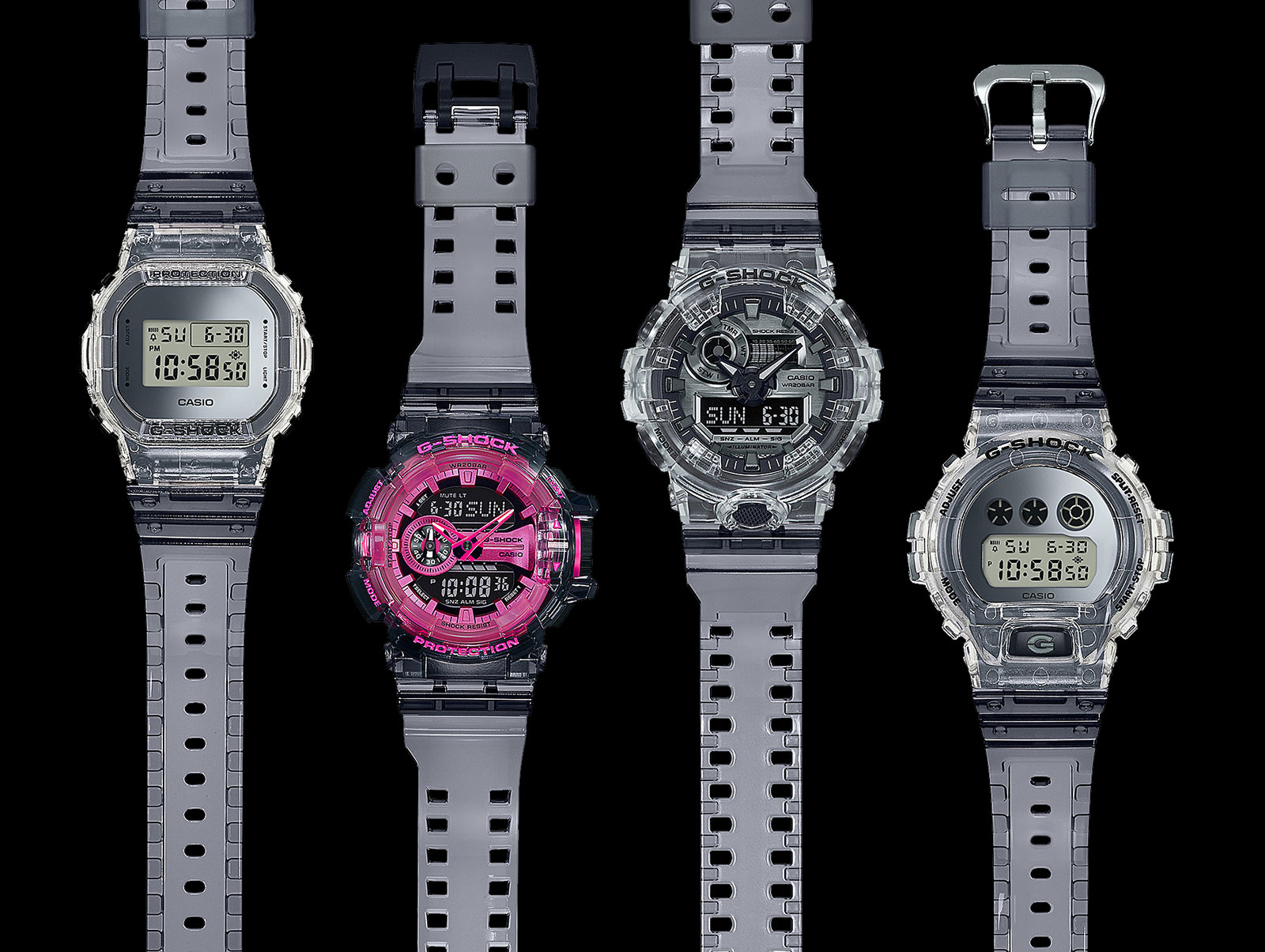 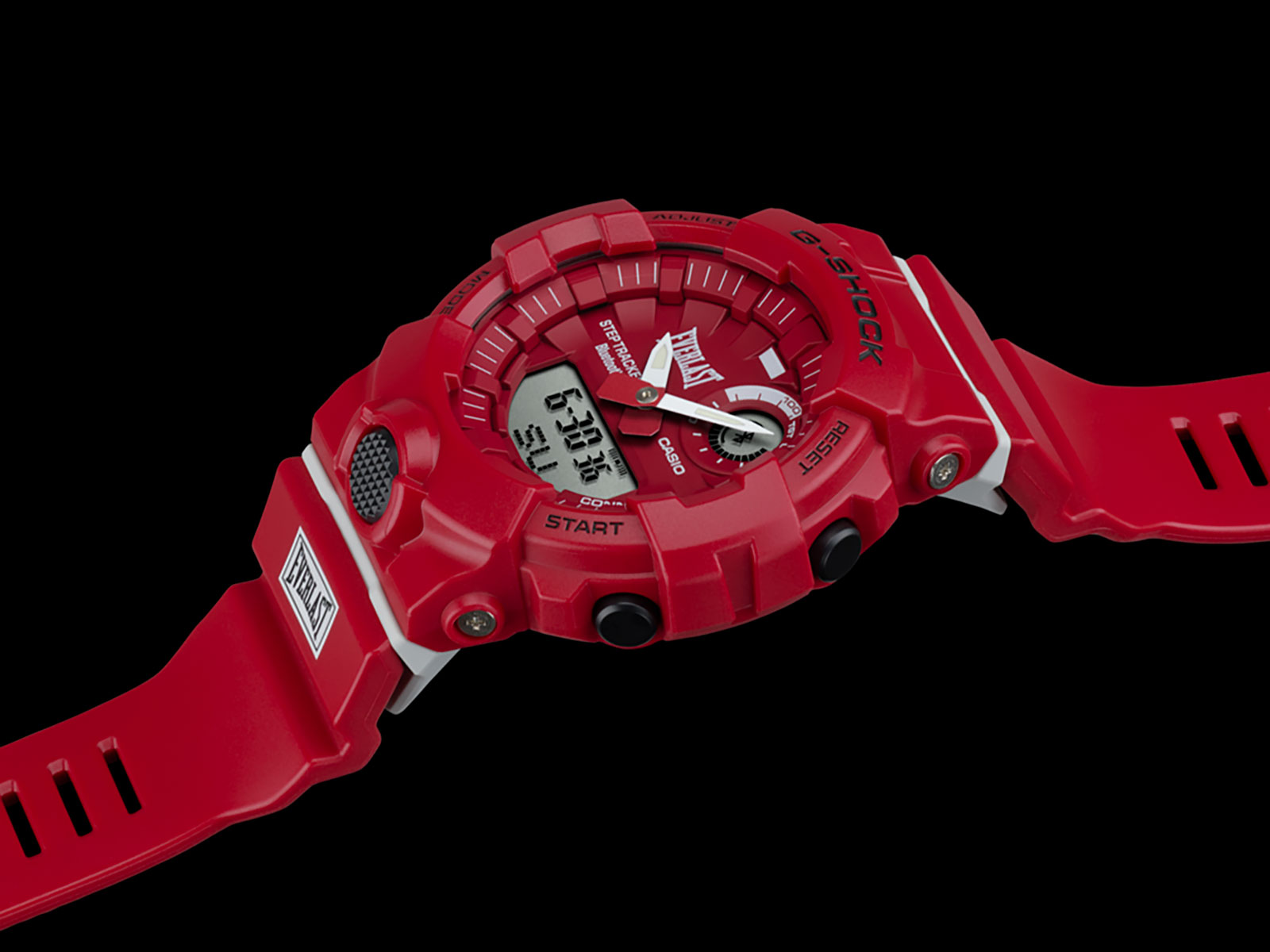 But despite the success, Casio has not forgotten its earliest customers, or the fanatical enthusiasts who collect vintage G-Shocks. The company recently announced a programme to repair and refurbish the landmark, original G-Shock watches, namely the DW-5000C of 1983 and DW-5600C of 1987.

“We try to support them and restore the original status of the watches as much as possible, but of course we cannot support everything,” says Mr Masuda, “This is a kind of limited offering where we developed a new technology so we can support some of them. The most important thing is to keep the customer happy.”

But the service is only offered in Casio’s home market, and Mr Masuda adds with a laugh, “G-Shock fans have to go to Japan if they want to fix their G-Shock.”