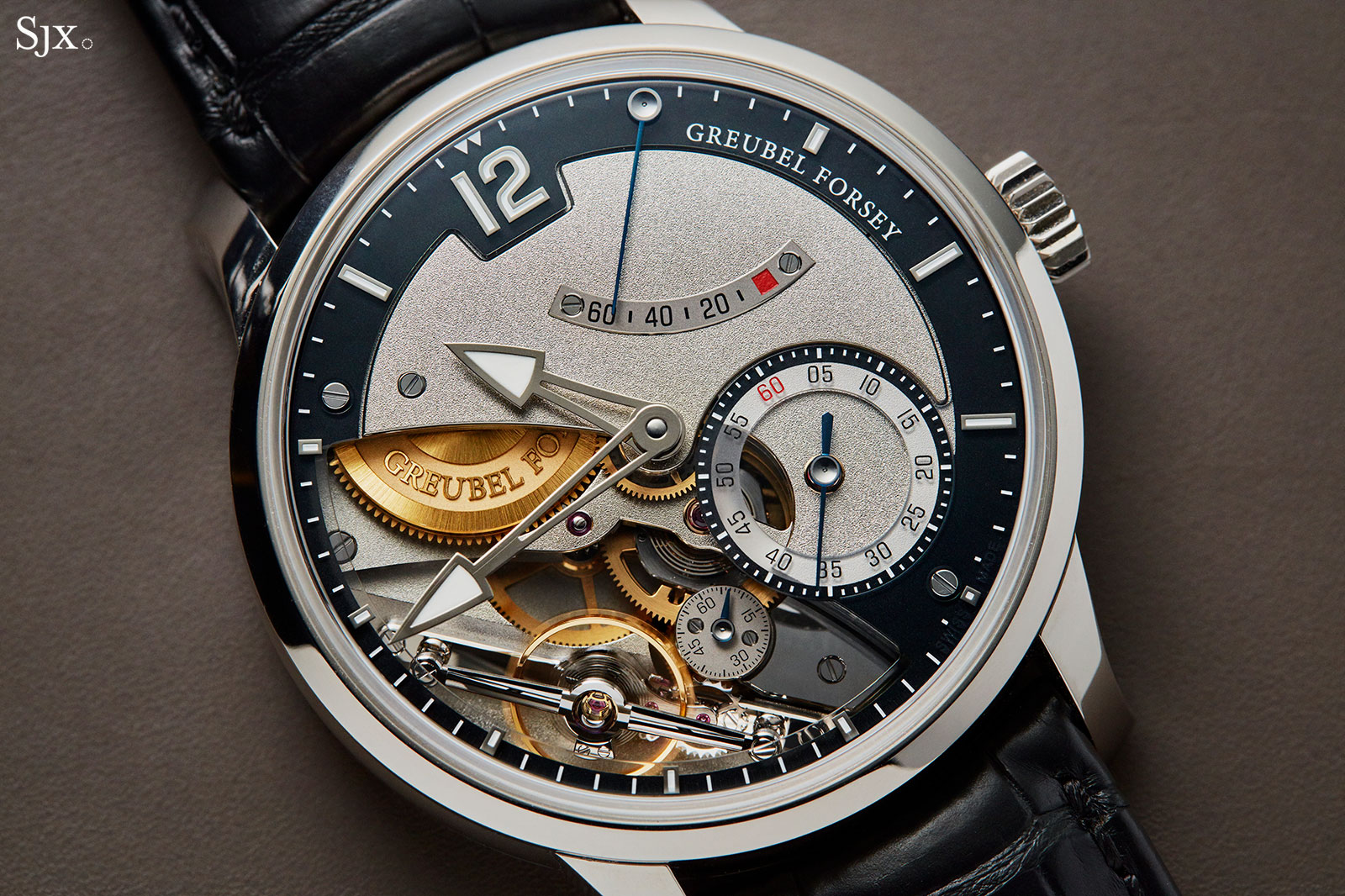 There was a time when most, and including those in the watch industry itself, thought that the mechanical watch would be consigned to history. Having been refined and perfected for maritime navigation in the 18th century, the mechanical watch enjoyed a golden age in the first half of the 20th century.

But the mechanical watch is now well into its second golden age, not as a timekeeper, but as a chronometric work of art.

Few watchmakers pursue the ideals of chronometry and craftsmanship as resolutely Greubel Forsey. While the firm founded by Robert Greubel and Stephen Forsey is best known for its multi-axis tourbillons, the rationale behind those exotic constructions is more age old: achieving precision. And that is what drove the creation of the Différentiel d’Égalité wristwatch, equipped with a constant force mechanism known as a remontoir. The watch embodies the three central tenets to Greubel Forsey’s work: invention, chronometry, and finishing. Here the crucial invention is concerned with perfecting the consistent transmission of power from the wound mainspring to the escapement, which regulates the timekeeping of the movement.

The basis for the Différentiel d’Égalité arises from the basic principles of a mechanical watch. It starts with the power source, which is the mainspring, essentially a long, coiled metal tape. Once wound, the mainspring delivers the energy to the gears as it unwinds. But the energy produced by the mainspring varies across its state of wind, from excess power when it is fully wound, to inadequate when it is almost wound down.

One solution to that is the remontoir– from remonter, or “to wind up” – a device that John Harrison installed his H2 marine chronometer. The remontoir (or remontoire in English) was essentially an additional spring along the gear train that helped even out energy delivered, by acting as a secondary store and source of energy.

Importantly, the smaller the time interval between the remontoire winding up and releasing, the more the energy discharged to the escapement. But that is also the Achilles’ heel of the traditional remontoire mechanism. The rapid, small bursts of energy delivered by the remontoire can transmit a disturbance to the balance and hairspring, as the remontoire is released for recharging by the balance wheel. The mainspring then winds the remontoire spring, pauses as the remontoire discharges, and then the process repeats itself – creating an potential excess and shortage of energy in the wheel train as this occurs.

At the same time, the winding up and release of the remontoire also consumes energy (needed to wind its spring while also losing some to friction) that would otherwise go to the escapement.

A more concrete sketch of the dial

And because the remontoire is combined with a differential, it eliminates the disturbance to the balance wheel during the rewinding of the remontoire every second.

Another advantage of the remontoire and differential is its lateral construction within the gear train, meaning the differential has its wheels stacked vertically, making it more compact than a traditional remontoire.

The remontoire spring mounted on the differential

The first Greubel Forsey remontoire prototype had a five-second spring. It was presented at SIHH 2008 as the Invention No. 5 prototype, installed inside a Quadruple Tourbillon movement. Two years later it was presented in a newly constructed movement as an EWT (short for “Experimental Watch Technology”) watch, inside a red gold case.

EWT is Greubel Forsey’s name for its experimental watches and prototypes. The EWT Différentiel d’Égalité showed the remontoire worked well at five-second intervals. However, rather than go straight to market, in its typical manner Greubel Forsey took a step back and considered how the mechanism might be improved further.

A sketch for the Différentiel d’Égalité movement layout

The next innovation then arose, in engineering the differential so it could release and rewind every second. A one-second remontoire also has the upside of being able to mirror the operation of the watch.

One-second is a natural interval as it can double up as a deadbeat seconds hand. A deadbeat seconds is one that moves in a discrete one-second step, like a conventional quartz watch, rather than sweeping long smoothly as most mechanical watches do.

The final result was the Différentiel d’Égalité of 2018, which has a deadbeat seconds hand and a one-second remontoire.

The deadbeats seconds is linked to the one-second remontoire, and is displayed in a small sub-dial beside the inclined balance wheel. And just to its right, on a much larger sub-dial, is the conventional sweep seconds that is linked to the escapement.

The EWT next to the Différentiel d’Égalité

Apart from the remontoire, the Différentiel d’Égalité has several other vital features that help improve chronometry. The most obvious is the balance wheel inclined at 30 degrees to the horizontal, which, according to the research of Greubel Forsey, minimises gravitational errors in its oscillation.

First, the watch is equipped with a hacking feature, or balance brake, a lever that stops the balance wheel, and with it, the hands of the watch. The second feature operates simultaneous with the brake – the zero-reset seconds that sends the seconds hand back to 12 o’clock. The remontoire spring is visible in the central, next to the small deadbeat seconds sub-dial

Together they allow for to-the-second time setting. While both features have been found in other watches (most notably in several A. Lange & Söhne models), none have executed the hacking, zero-reset seconds as elaborately as Greubel Forsey. In the Différentiel d’Égalité, a series of exceptionally wide, gorgeously black polished steel levels do the hacking and resetting, alongside an extra-large, heart-shaped cam. A sketch of the hacking, zero-reset seconds

The lustrous finish applied to the relatively prosaic hacking reset seconds illustrates a key quality that separates Greubel Forsey from many of its peers – finishing. Its watches boast some of very best hand finishing in the business, especially for a larger independent brand. The biggest department within the company is dedicated to hand finishing, where over 20 artisans work on decorating components that are assembled into just 100 watches a year. On average, one artisan finishes the components of just five timepieces.

John Harrison would have approved.

Edit December 14, 2018: Amended the description of remontoire and differential for clarity.

Correction December 21, 2018: Contrary to an earlier version of the article, the first prototype was presented in 2008, and not 2010, while the remontoir in the Double Balancier is a different construction from the Differential d’Egalite.

Inside the Différentiel d’Égalité wristwatch.