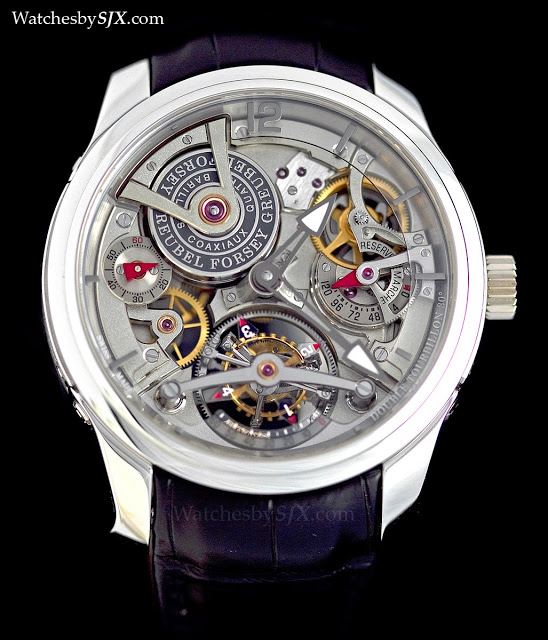 News has just come in that the Greubel Forsey Double Tourbillon Technique topped the tourbillon category of the Concours International de Chronométrie 2011 (International Chronometry Competition) with 915 points out of a maximum of 1000.

The contest consists of a 15 day test in various positions and temperatures (detailed English contest regulations in PDF format). The runner up in the tourbillon category was the Chopard Tourbillon Tech Twist All Black with a carbon composite case, followed by the tourbillon movement from movement maker Technotime SA.

The highest scores in the 2009 contest were also obtained by tourbillon watches (JLC Master Tourbillon and Gyrotourbillon) so that certainly vindicates those who believe in the superiority of the tourbillon regulator.

In the “Tradition” category the Tissot Le Locle containing an ETA 2824 took first prize with 764 points, followed by the FP Chronometre Souverain. There was no third placed watch as none of the other candidates completed. Similarly none of the watches in the watchmaking school category completed either.