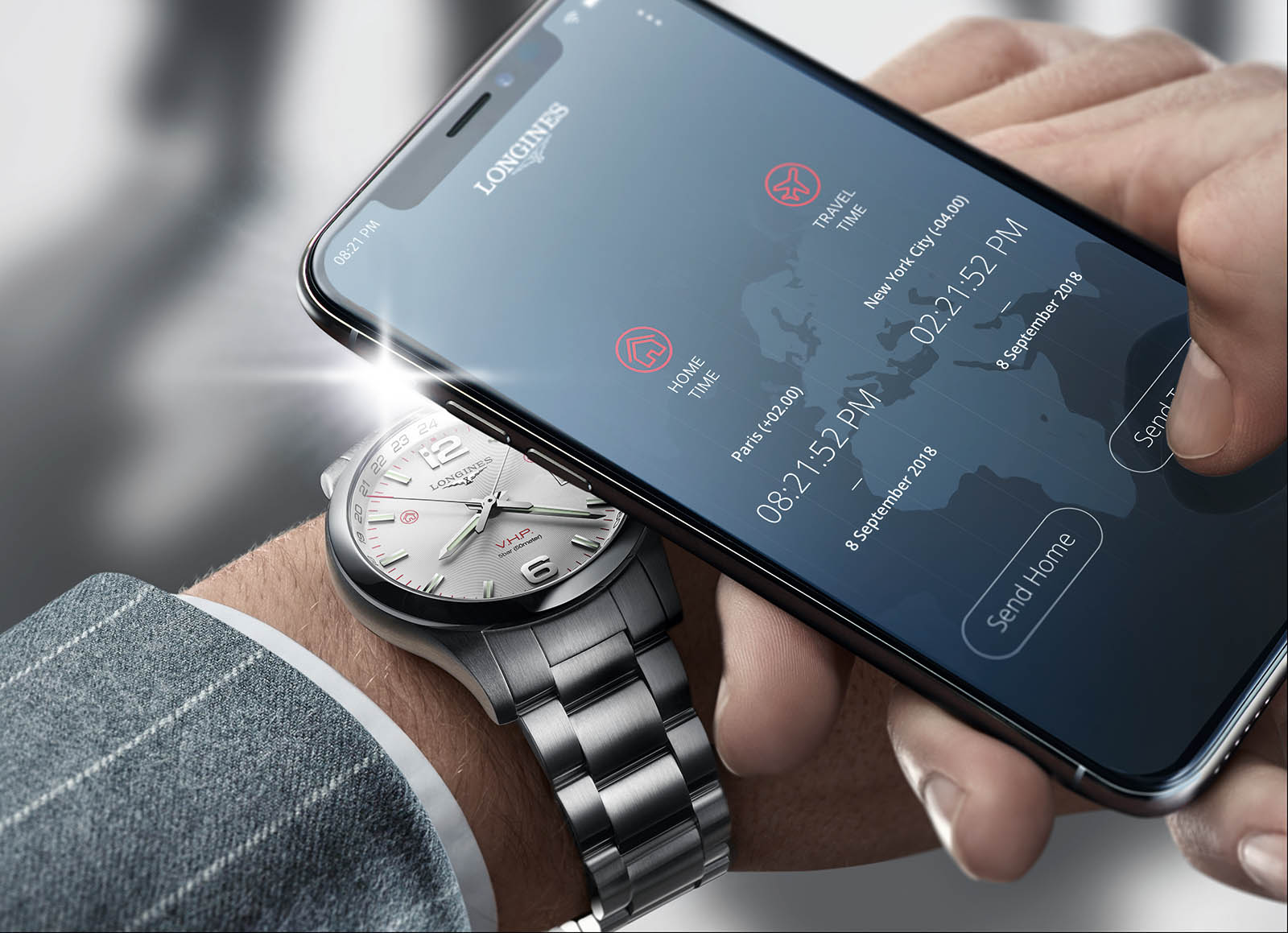 Reintroduced last year, the Longines Conquest V.H.P. – short for “very high precision” – is already an impressive study in quartz tech, boasting the latest generation of ETA movements accurate to within five seconds a year, plus a “Gear Position Detection” system that resets the hands to the correct time if they are displaced by shock or magnetism.

The newest addition to the line is the V.H.P. GMT Flash Setting that features a second time zone hand that can be set with a smartphone. But instead of relying on a Wi-Fi or Bluetooth link as most electric watches do – a feature that tends to drain the battery with speed – the watch has a “light-driven management system” that reads flashes a smartphone’s camera flash to set the time. The “flash setting” function conveniently sets local and home times with a dedicated smartphone app. The time information in the app is transmitted via light sequences emitted by the smartphone’s flash to a tiny opening on the dial at 12 o’clock that contains sensor to decode the flashes.

This was conceived to be more convenient than having to manually adjust the time via the crown, since it can be done by pointing the phone at the watch on the wrist, much in the manner of taking a photo.

That being said, using the crown conventionally remains an option. Additionally, the home and local times can easily be swapped by simply depressing the crown. At the heart of the Conquest V.H.P GMT Flash Setting is the thermo-compensated quartz L287.2 developed exclusively for Longines by movement giant ETA.

As with the time-only and chronograph VHP movements introduced last year, it is accurate to within five seconds a year and boasts a battery life of almost five years. It also has a perpetual calendar that will track the calendar correctly until the year 2399. In addition to the time correction that resets the hands after impact or magnetic field exposure, the movement is equipped with a sensor that detects magnetism or impending shock. When that happens, the movement immediately freezes the motion of the hands in order to protect the mechanics of the watch. When the coast is clear, the hands zip forward to the correct time. A practical dual time zone wristwatch that's easily set back and forth across time zones.