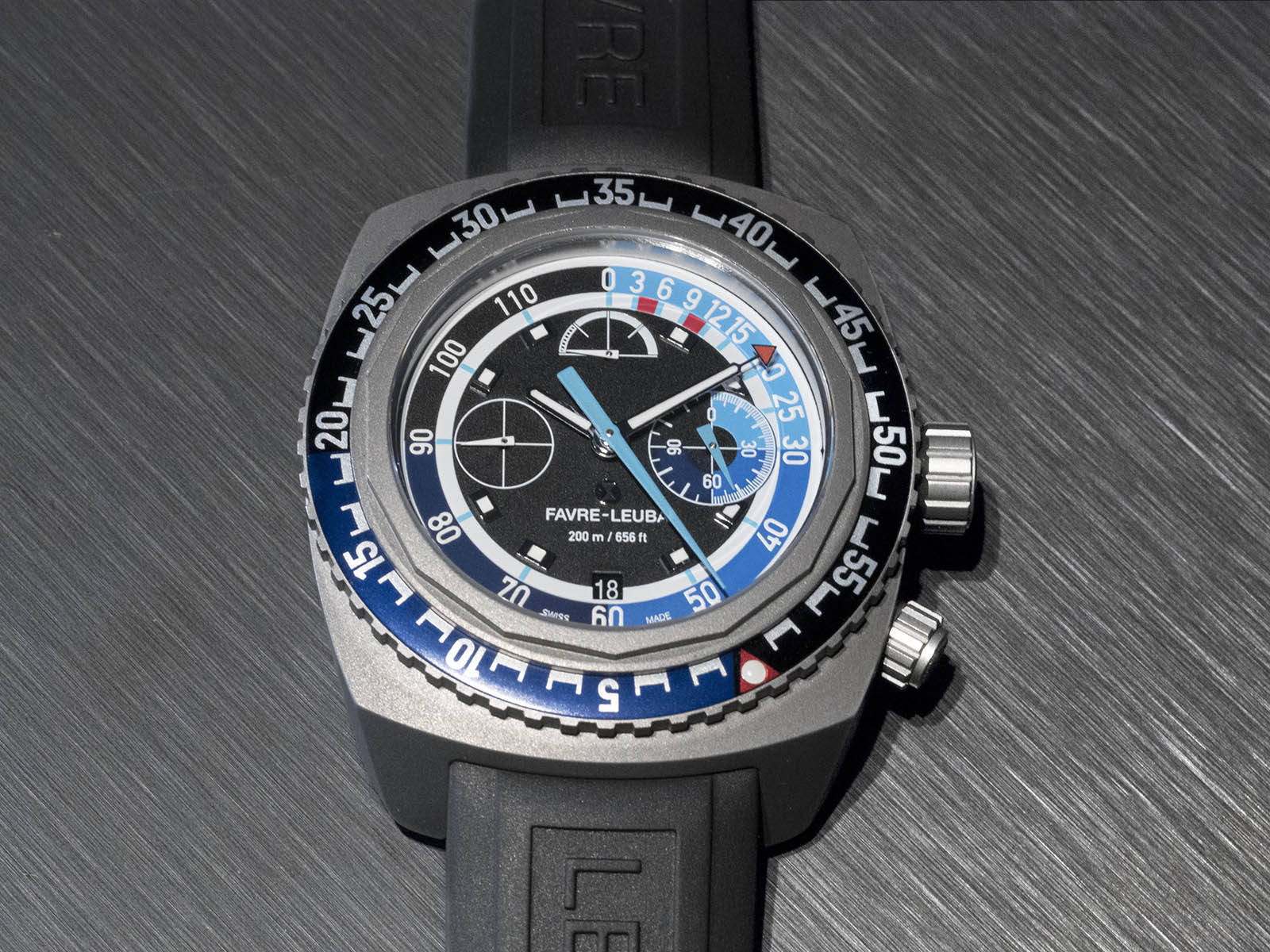 Favre-Leuba was founded in 1737, but like many other Swiss watchmakers it fell on hard times during the Quartz Crisis of the 1970s. Now the brand is firmly back in action, having been taken over by Tata, the Indian conglomerate that also owns carmakers Jaguar and Land Rover, in part due to Favre-Leuba being one of the biggest brands on the subcontinent during the colonial era.

The mid 20th century saw Favre Leuba make some of its most significant technical achievements, including the Bivouac, the world’s first altimeter-equipped wristwatch. Consequently, the watches from that era are the inspiration for Favre-Leuba’s new product line.

In 1968, Favre-Leuba introduced the Bathy, the first wristwatch to be equipped with a mechanical depth gauge, able to indicate the time spent underwater, and also depths up to 50m – no easy feat since a depth gauge requires water to enter the case, running contrary to the prevailing wisdom in watch construction.

In homage to the Bathy, Favre-Leuba has introduced the Raider Bathy 120 MemoDepth, an unabashed, over-engineered tribute to the original. It joins only a handful of watches, most notably from IWC, Blancpain and Jaeger-LeCoultre, which have a mechanical depth gauge. Rated to 200m, the new Bathy has a sandblasted titanium case which makes it surprisingly light despite its massive proportions – 48mm in diameter and 19mm high. It retains the same barrel-shaped form of the original but with more angular, aggressive lines. It features a black unidirectional bezel fitting with an anodised aluminium insert that has the first 20 minutes demarcated in blue for timing decompression stops. The dial of the Raider Bathy 120 MemoDepth is predominantly black with depth indications in various shades of blue. The blue central hand indicates the current depth on the outer scale from zero to 120m, more than twice that of the original Bathy of 1968.

Being more frequently visited depths, the first 30 metres of the scale is more finely calibrated, graduated in intervals of 3m, and then 5m, compared to 10m intervals beyond depths of 30m. The scale also features red markers at 5m and 10m, points at which decompression stops may be necessary. The Bathy has a depth gauge integrated into the case back that relies on a traditional membrane system. It features apertures on the back to allow water into a tiny chamber that is hermetically separated from the movement. The membrane compresses as pressure increases, driving the depth gauge on the dial of the watch. While the depth gauge goes to 120m, the watch itself is rated to 200m meaning a diver could, theoretically, go well past the maximum of the depth gauge. Thanks to a built-in mechanical limiter, the watch can go well beyond 120m with no ill effect as the limiter stops the depth gauge and prevents the membrane from being damaged.

But the most unique feature of the Bathy, and one that really sets it apart from other depth gauge dive watches, is the mechanical depth memory which records the maximum depth reached during a dive – hence the “MemoDepth” name. Capable of recording a single dive, it takes the form of a counter (graduated from zero to 120m) at three o’clock and can be reset via a pusher at four. Powering the watch is the hand-wound cal. FL321, based on the Eterna cal. 39, the versatile workhorse movement developed to accommodate complications. The depth gauge module, however, was developed in-house, according to Favre-Leuba.

The movement runs at 4Hz and has a 65-hour power reserve, with the power reserve indicator displayed at 12 o’clock.