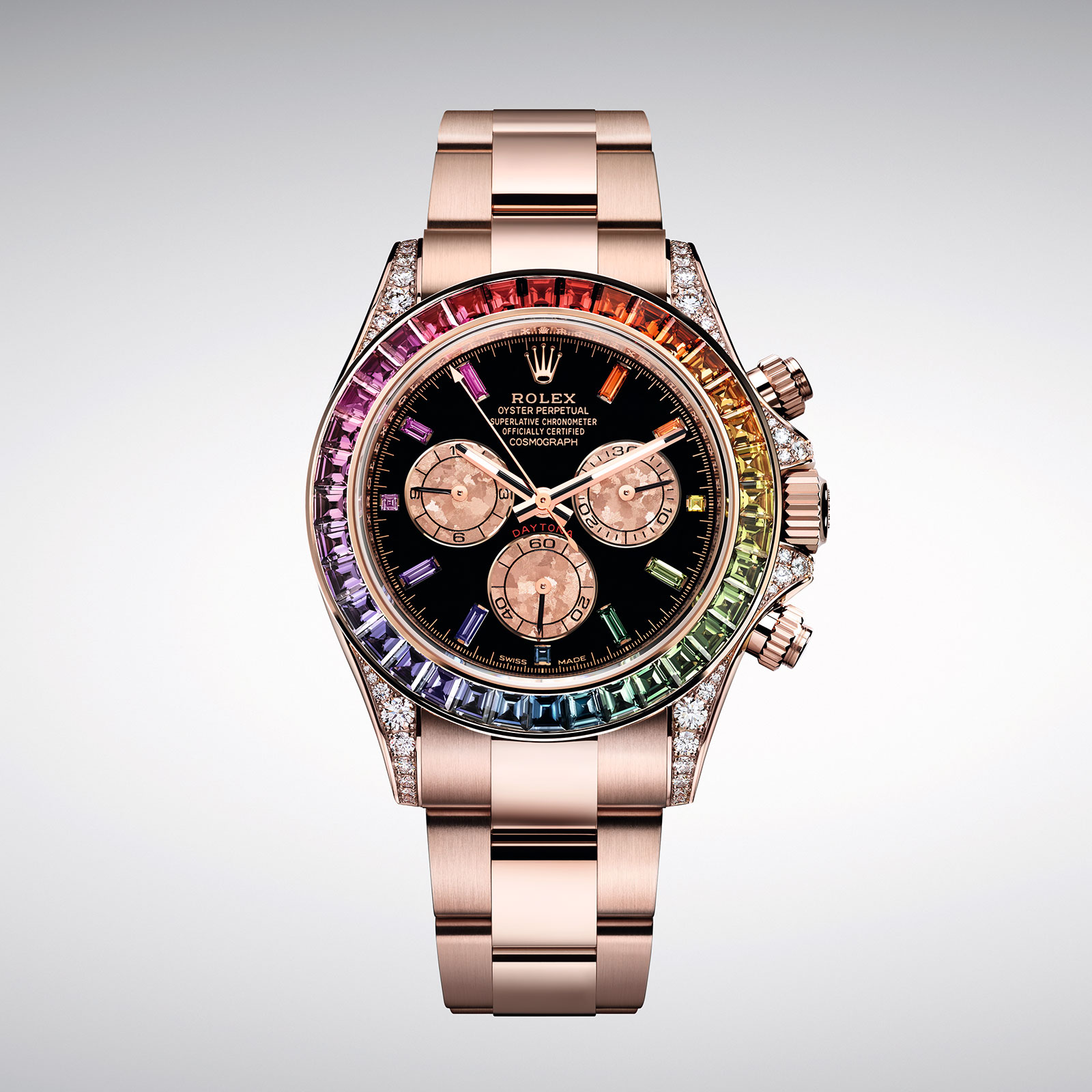 First introduced in 2012 in yellow or white gold, and then discontinued not long after, the Daytona “Rainbow” has become a thoroughly desirable watch, now selling for three times the original retail on the secondary market. But Rolex has revived the “Rainbow”, now in Everose gold – with multi-coloured gemstone hour markers no less.

The key feature of the new Daytona “Rainbow” remains the same: a bezel set with 36 baguette-cut sapphires in a range of graduated colours. Another 11 baguette-cut, coloured sapphires are used for the hour markers, while the lugs and crown guards are set with a total of 56 diamonds. The 40mm case and bracelet are 18k Everose gold, a proprietary rose gold alloy developed by Rolex that’s resistant to fading (ordinary rose gold tends to lose its rosiness over time due to chlorine in the air).

To match the case the sub-dials of the chronograph are pink “Gold Crystals”, a pink gold alloy that has undergone a “crystallisation” process to give it a textured, shimmering finish. While the watch is no less striking than the original “Rainbow”, Everose gold offers slightly less contrast against the coloured sapphires, so the colours don’t quite jump out as much as they did on the yellow or white gold Daytona “Rainbow”. Inside is the standard cal. 4130 chronograph movement found in all Daytonas.

Priced at only slightly more than what the first generation “Rainbow” retailed for in 2012, the new Daytona is a bargain relative to what its predecessors are going for on the secondary market.

The ultra-deep diver gets a new case and movement. (With pricing inside.)