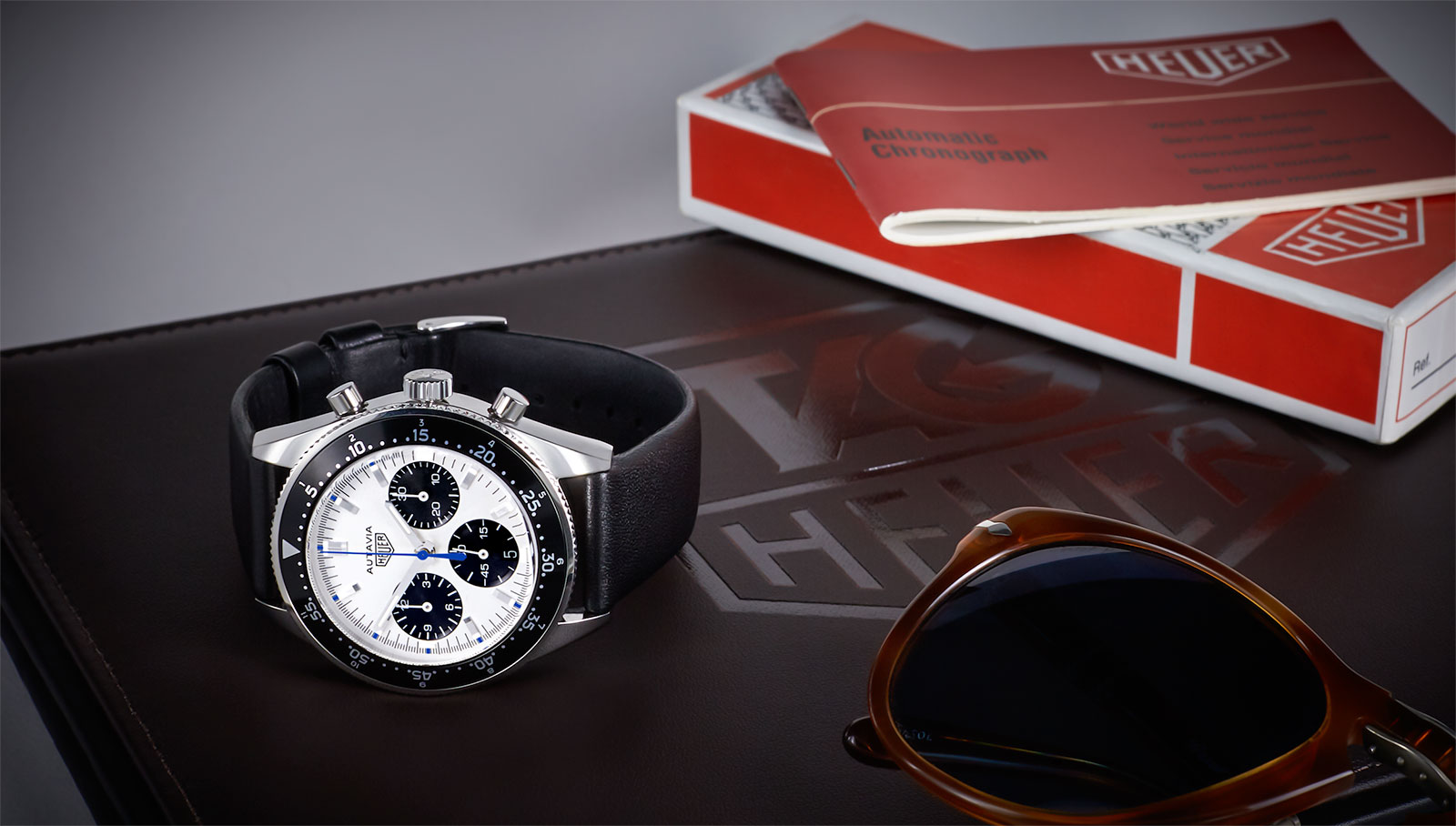 Named after Swiss Formula 1 driver Jo Siffert, who won several races in the late 1960s before being killed in a 1971 crash, the Heuer Autavia “Siffert” is characterised by an appealing combination of white dial, black registers and blue accents, features that make it one of the most desirable, and valuable, vintage Heuer watches. Now the Siffert livery has returned with a 100-piece limited edition created in collaboration with Calibre 11, an Australia-based TAG Heuer specialist site.

Based on TAG Heuer‘s modern day Autavia remake (itself modelled on another vintage Heuer named after another Formula 1 driver killed in his prime, the Autavia “Rindt” ref. 2446),  the Jo Siffert Collector’s Edition has the traditional Siffert colours along with a rotating minute bezel. The dial has a smooth white finish, while the counters are black with a concentric azurage stamping. Blue is used for the central seconds hand as well as hour markers.

And in keeping with the vintage inspiration, the dial only has the brand logo and model name at 12 o’clock, doing away with the “Heuer 02” text at six o’clock that’s standard on ordinary versions of the Autavia. The Jo Siffert edition shares the same steel case as the ordinary model, one that’s 42mm in diameter, with the Heuer-02 in-house automatic calibre inside (the same movement found in the recent Carrera 43mm). Notably the logo on the barrel bridge of the movement is the vintage “Heuer” logo, rather than the current emblem found on standard movements. Over the movement is a grey tinted sapphire crystal printed with Jo Siffert’s signature. The Jo Siffert Collector’s Edition is presented in a special box with Siffert’s signature, along with both a “beads of rice” steel bracelet and a seamless, retro leather strap developed for this edition. And it’s also worth pointing out that this is an officially sanctioned Jo Siffert edition. While the late driver was recruited as a brand ambassador for Heuer in the late 1960s, which is why he wore a Heuer wristwatch and had the brand’s logo on his racing outfit, the “Siffert” moniker was an unofficial nickname for the model. With this limited edition, however, Siffert’s name has been licensed from the company that owns his likeness (and makes memorabilia and inexpensive watches under his name). The original “Siffert” watches of the 1970s

The Autavia Jo Siffert (ref. CBE2114) will be available exclusively on Calibre 11 starting 1pm US Eastern Time on February 21. The watches are numbered from one to 100, and priced at SFr5600, or about US$6100, which is essentially the same as the stock Autavia model.

A tribute to the last of the Heuer family to run the company.