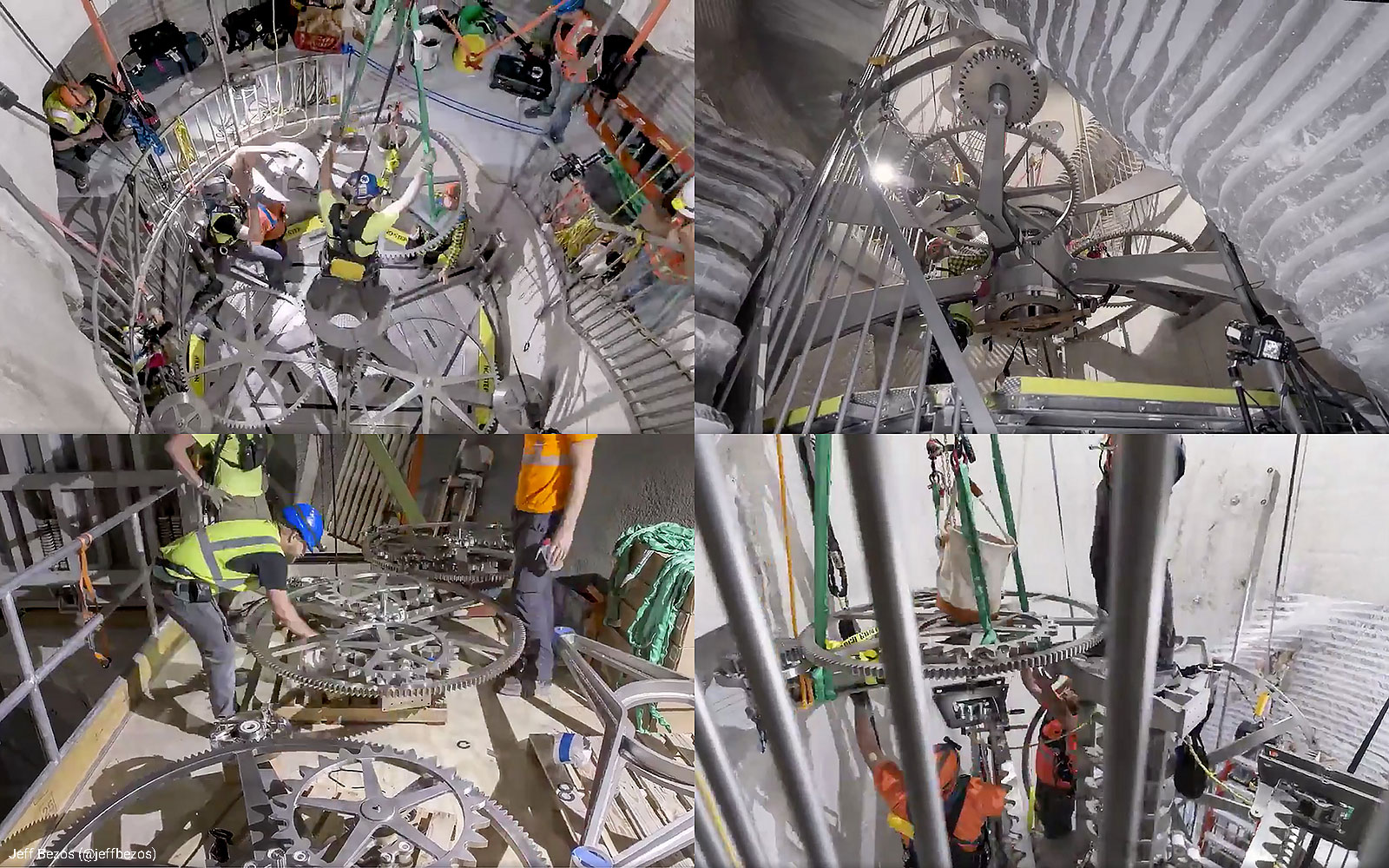 First conceived of by American inventor Danny Hillis in 1986, the 10,000 Year Clock is now being built as a full-scale prototype inside a mountain in Texas. The three decades it took since the original idea might seem like a preposterously long time, but it is actually a mere blink of an eye compared to the ten millennia the clock is designed for. Also known as the Clock of the Long Now, the timekeeper will eventually be built inside a mountain in Nevada, drawing on lessons learnt during the building and running of the full-scale prototype.

While the first prototype of 1999 was slightly taller than a man, and is now on display in London’s Science Museum, the prototype now underway will be as large as the actual clock, as well as similar in design. The prototype’s installation just got underway on February 20, according to a tweet by Jeff Bezos, who is funding its construction. Estimated to cost some US$42m, the clock is nevertheless eminently affordable for the Amazon co-founder, who is now the richest man in the world according to Bloomberg, which estimates his net worth to be US$123 billion.

Installation has begun—500 ft tall, all mechanical, powered by day/night thermal cycles, synchronized at solar noon, a symbol for long-term thinking—the #10000YearClock is coming together thx to the genius of Danny Hillis, Zander Rose & the whole Clock team! Enjoy the video. pic.twitter.com/FYIyaUIbdJ

Mr Bezos’ money buys a lot of timekeeping. Drilling into the mountain to accommodate the clock started in 2009. The finished clock clock will be over 150m in length and gets its power from two sources: a weight that is wound by a human, as well as the ambient temperature difference between day and night in the desert. Time is kept via a regulator that takes the form of a torsional pendulum. Every day at noon, light from the Sun is focused through a lens onto a tensioned piece of metal that buckles with the heat, resetting the clock to noon.

More on the clock can be found on the website of The Long Now Foundation, which is backing the clock project.