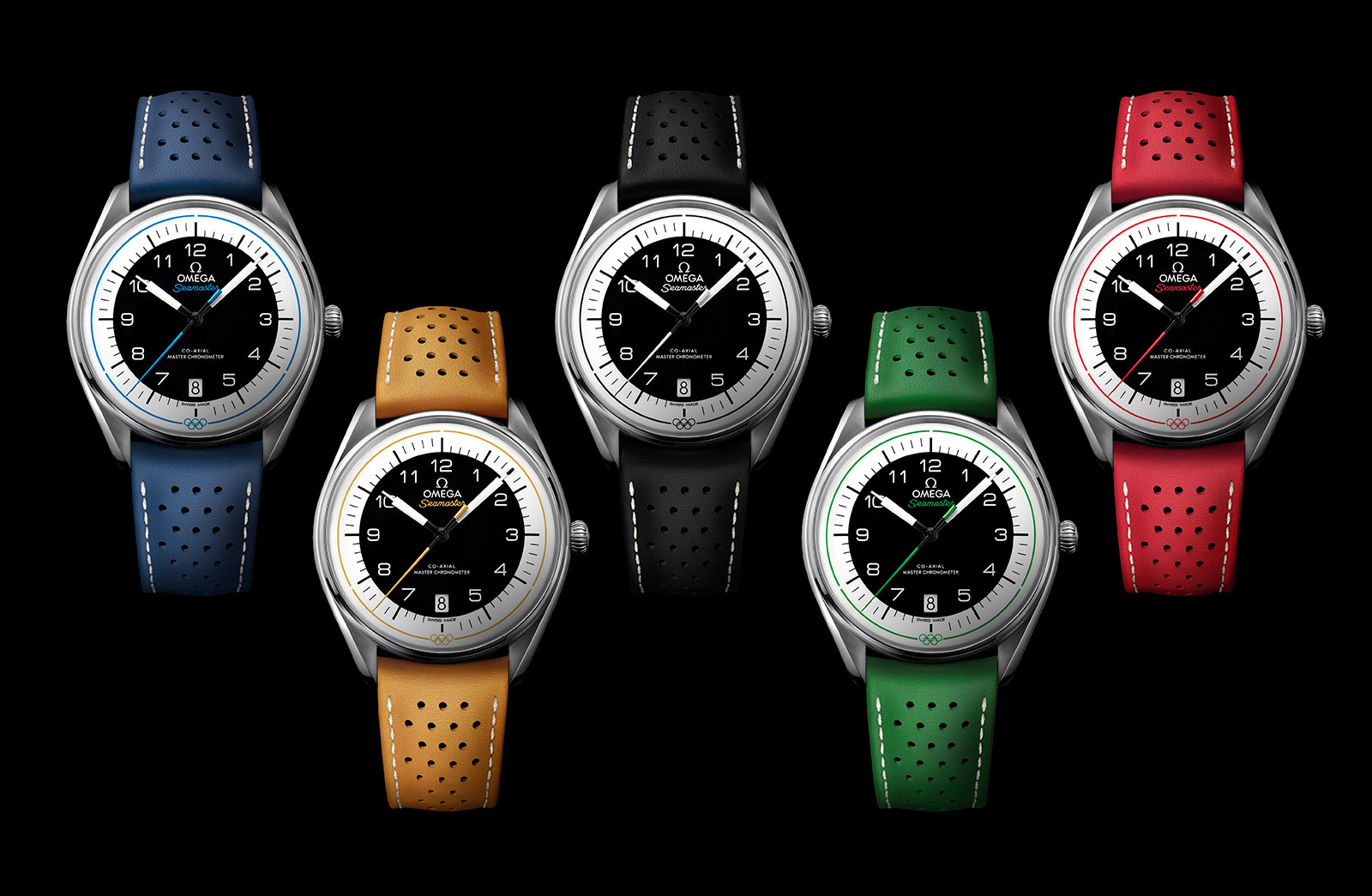 Every four years comes the Olympic Games, and along with it a slew of limited edition watches from Omega, the event’s official timekeeper. The newly announced Seamaster Olympic Games Collection, however, isn’t tied to a specific Games, instead it marks Omega’s 86-year association with the Olympics.

The Omega Olympic Games watches hitherto have been a varied lot, but the Seamaster Olympic Games is one of the simplest. It’s essentially a single model based on the Aqua Terra, showing the time and date, but available in the five colours of the Olympic rings. Inspired by the stopwatches made for the 1976 Montreal Olympics, explaining its 1970s vibe, the dial features a prominent hour and minute chapter ring in white, along with prominent Arabic numerals on a black centre and syringe-shaped hands. The only aesthetic concession to the Games are the interlocking rings discreetly placed at six o’clock. The stopwatch developed for the 1976 Games Its steel case  is 39.5mm in diameter, fitted with an onion-shaped crown and a display back that shows the Master Chronometer cal. 8800 inside. The movement boasts all of the technical innovations Omega has developed in recent years, but is a smaller calibre than found in the equivalent Aqua Terra watch (which uses the cal. 8900). The reason for that is the anodised aluminium ring that encircles the movement, which is engraved with the 27 cities and years when Omega timed the Olympic Games. Each colour is limited to 2032 pieces, a nod to the year when Omega’s contract with the Olympics expires. Each watch is numbered on the side of the case.

The Seamaster Olympic Games Collection is priced at SFr5000 or S$7750 each.