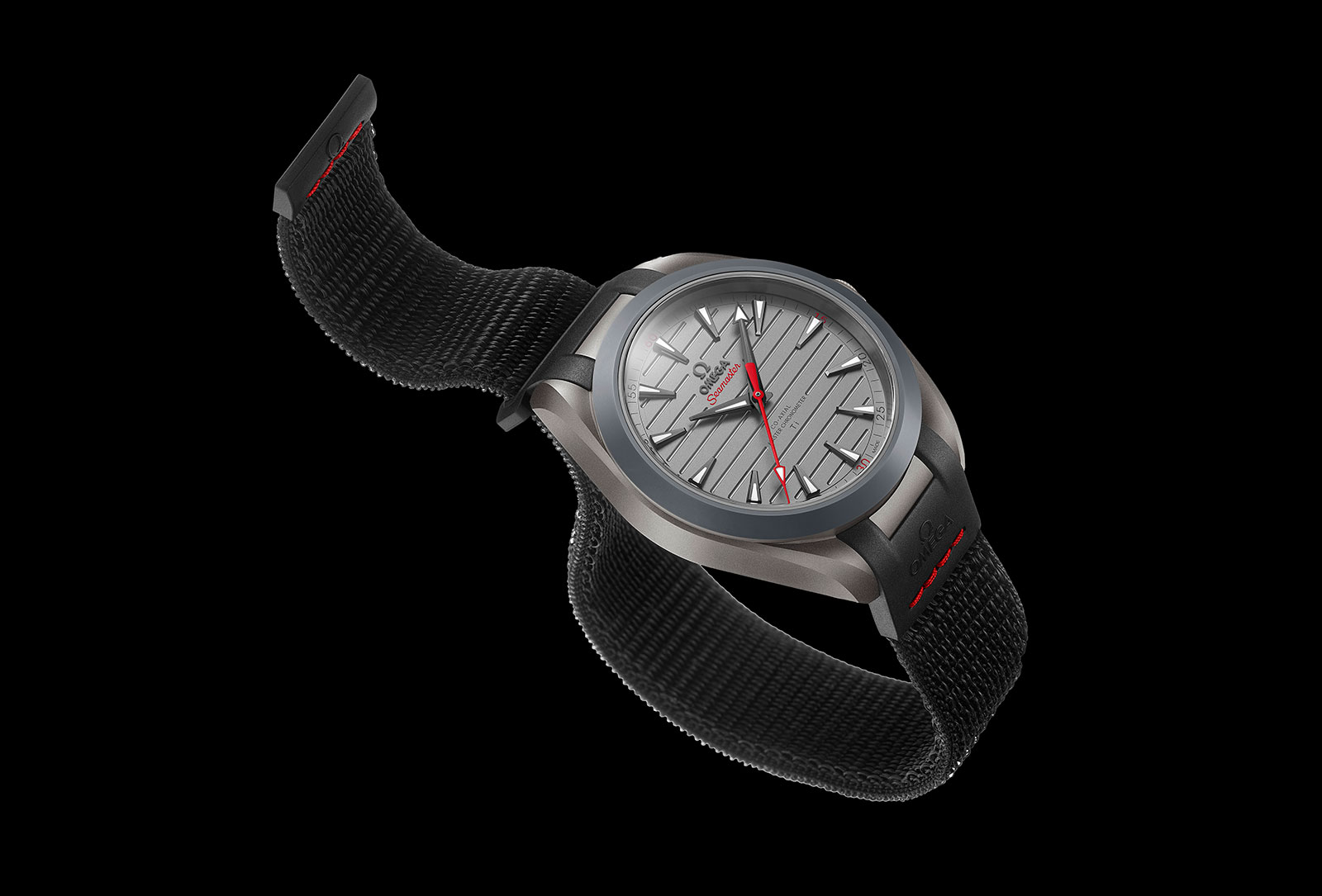 Omega’s latest debut is a surprising one, an incredibly light wristwatch that is also incredibly expensive – traditionally territory held by brands like Richard Mille. Weighing just 55g, or about 10 sheets of A4 printer paper, the Seamaster Aqua Terra Ultra Light is made almost entirely of titanium, right down to the bridges and plate of the movement. And it retails for US$48,600.

Developed in collaboration with Omega ambassador Rory McIlroy, a four-time majors champion and former world number one, the Aqua Terra Ultra Light is ostensibly conceived to be worn by athletes during competitions.

The case is 41mm but made from what Omega calls Gamma Titanium, which is actually titanium aluminide (TiAl), a relatively new titanium alloy that’s prized for its hardness and corrosion-resistance, even at high temperatures. That’s why it’s used for the blades of jet engines, amongst other things. 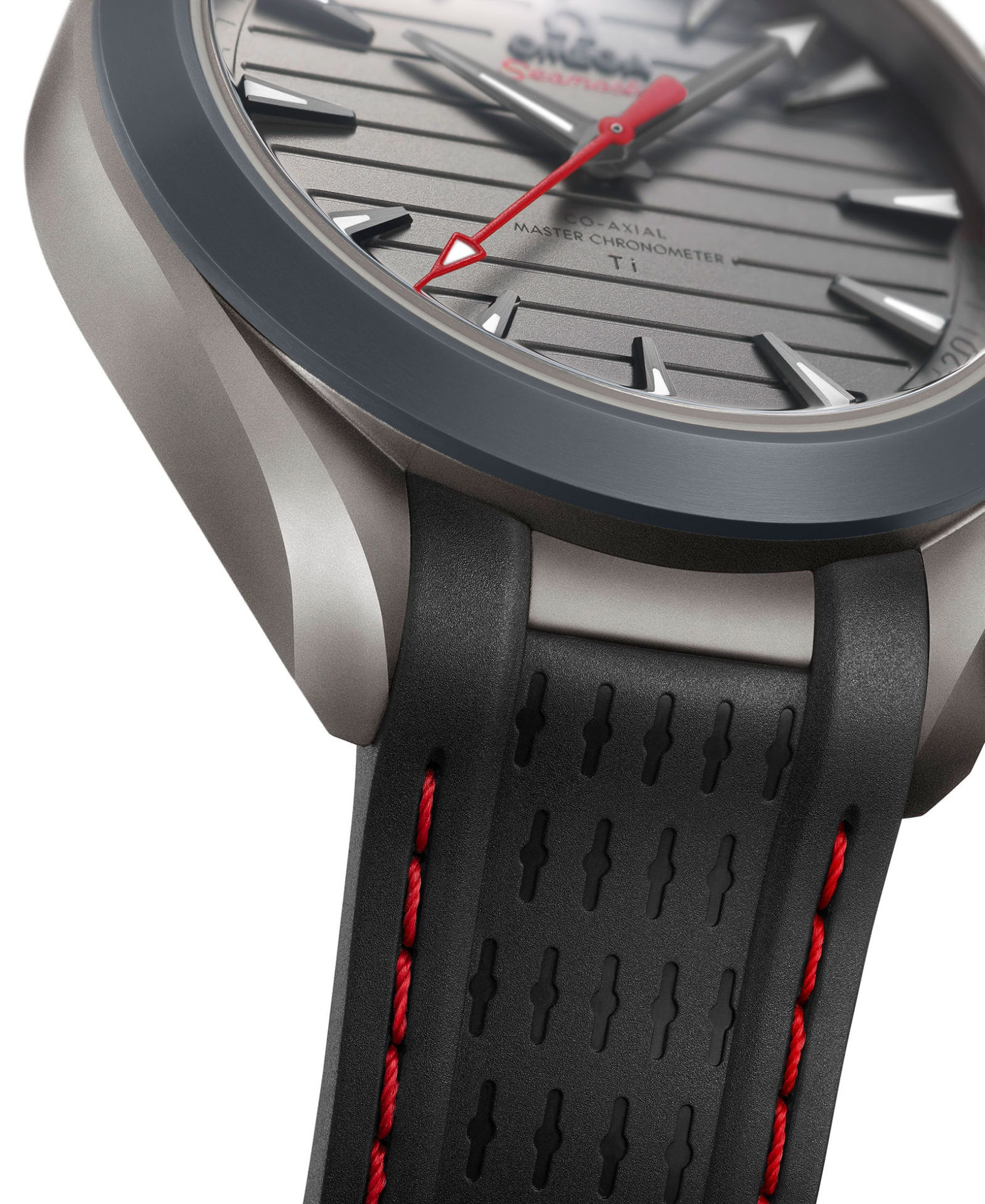 Because the watch is meant to be worn by sportsmen, the crown is recessed and telescopic. It sits almost flush with the case when not in use, but a gentle push pops it out for winding and setting. 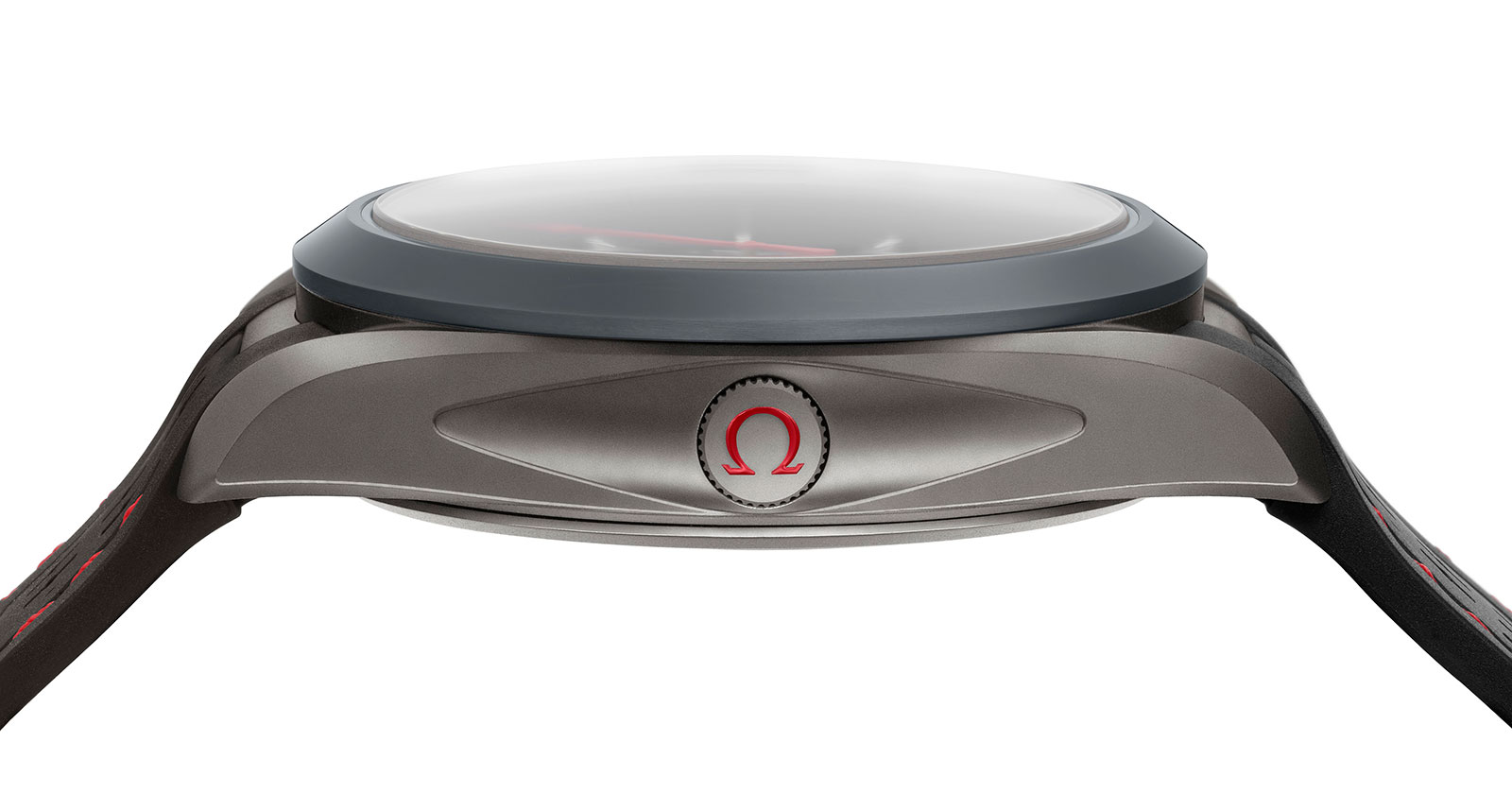 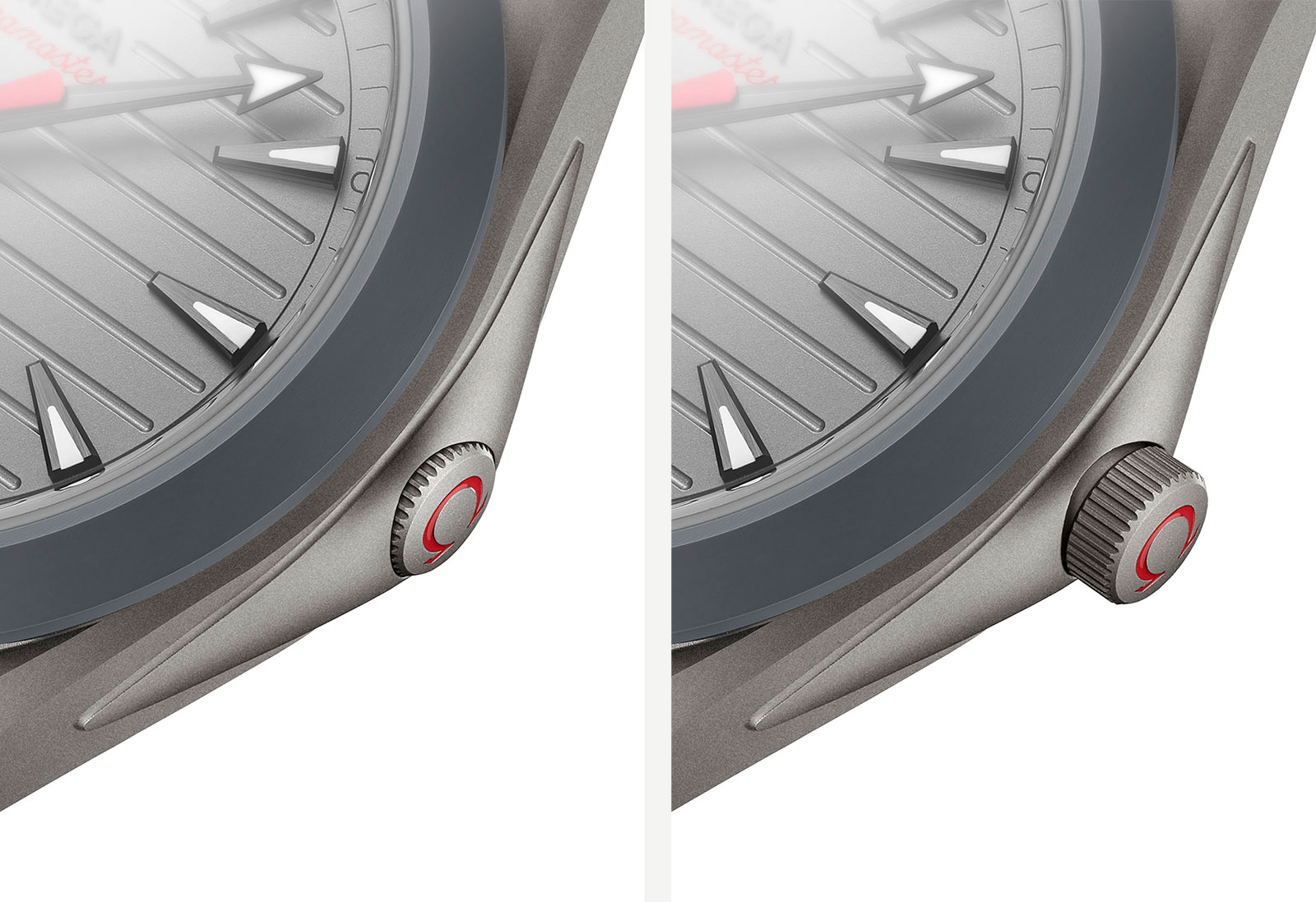 And the dial is also titanium, but fashioned from a more common grade 5 alloy. It’s is finished with the signature horizontal fluting of the Aqua Terra range. 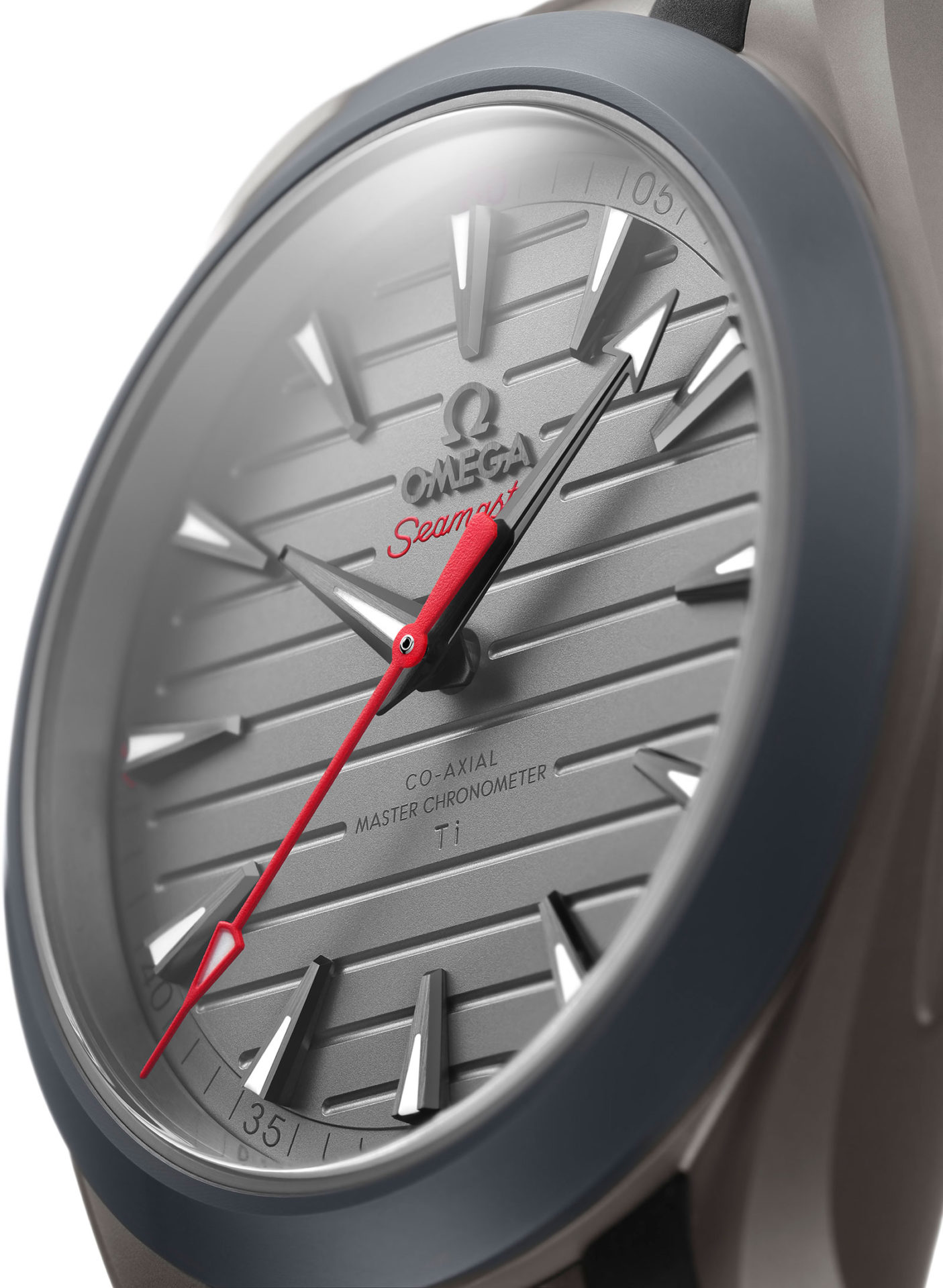 More unusually, the cal. 8928 Ti inside is also made mostly of titanium. The bridges and base plate are made of ceramised titanium, which is titanium coated with ceramic.

The movement is derived from the existing cal. 8900, which is self-winding; this is essentially the same with the automatic winding mechanism removed. It’s a METAS Master Chronometer, meaning it was tested for function and timekeeping by the Swiss Federal Institute of Metrology (METAS), while also being magnetism resistant to 15,000 Gauss thanks to a silicon hairspring and non-magnetic escapement parts. 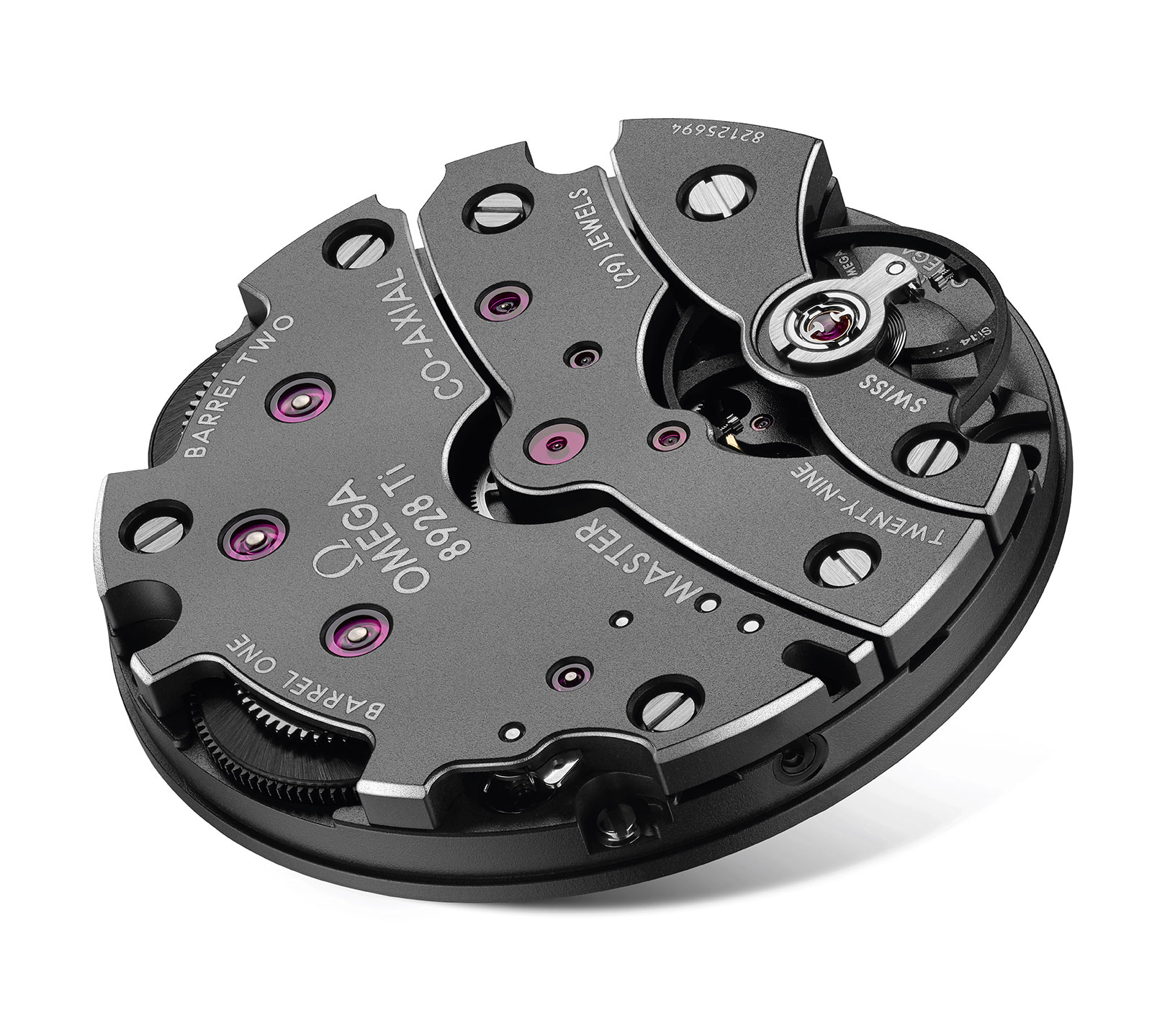 The barely-there weight of 55g is for the watch on a velcro strap; on a rubber strap it weighs slightly more. 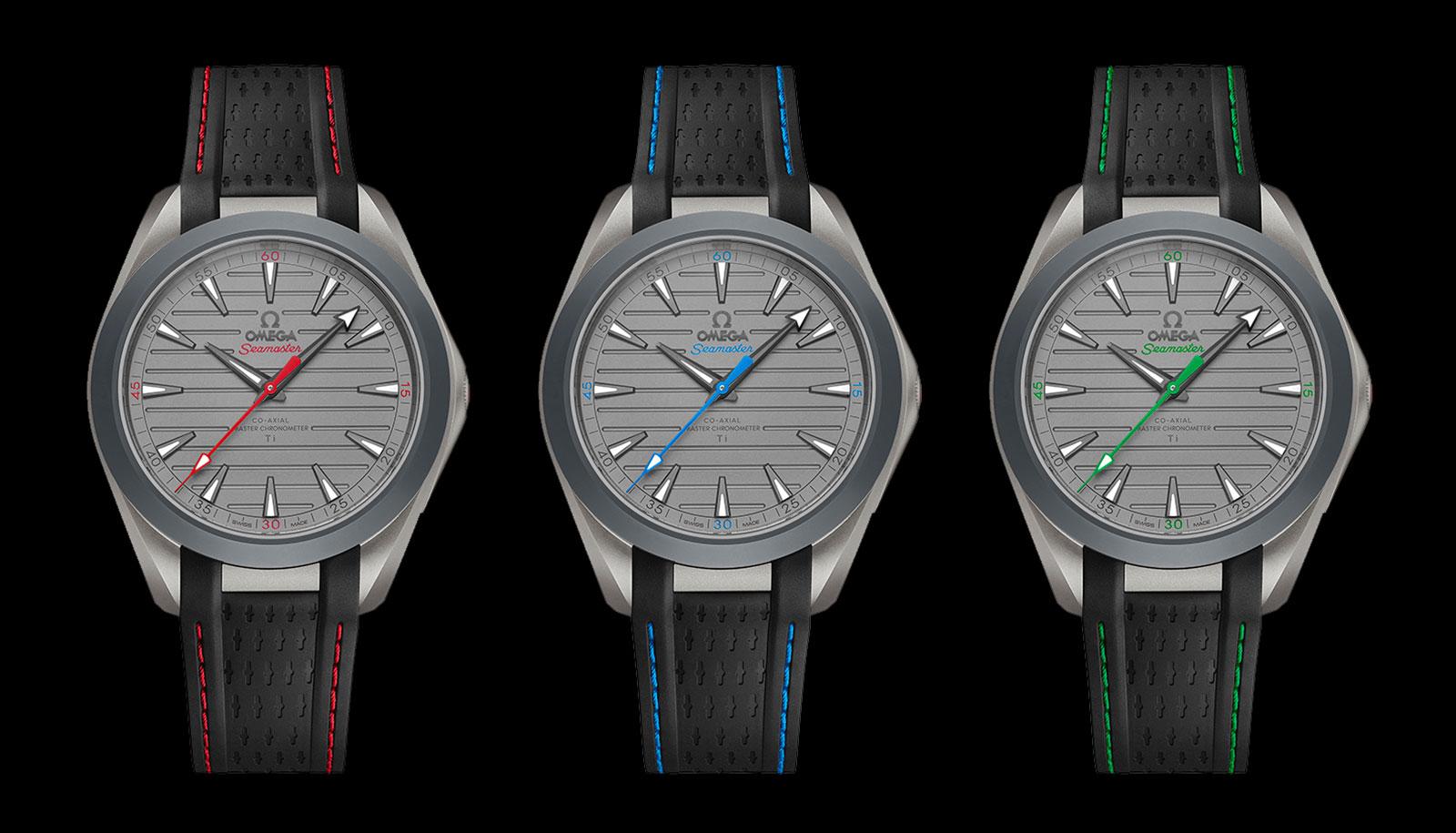 The Aqua Terra Ultra Light in its three iterations