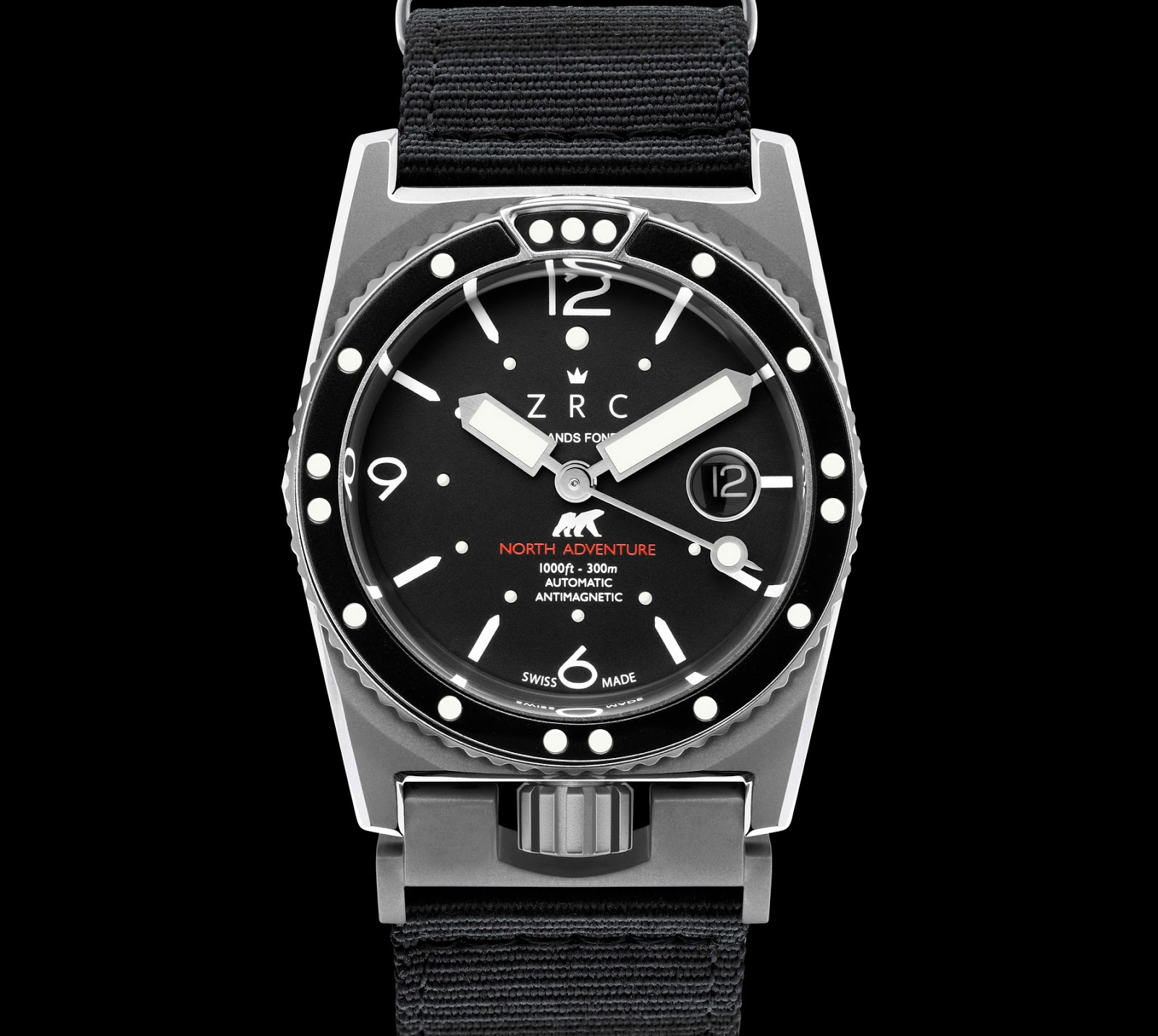 The North Adventure is a burlier variant of the Grands Fonds 300M, a 2015 remake of a watch issued to mine clearance divers of the French navy in 1964. The original was conceived by Louis Brunet, grandfather of ZRC’s current chief executive, Georges Brunet, fourth generation to run the 113-year old company, formally known as Zuccolo Rochet & Cie. The twin vintage-style dive watches are actually a return to form: ZRC turned to manufacturing leather straps in 1975 during the Quartz Crisis and only began producing watches again with a newly established Swiss entity of the same name.

Mr Michon’s upcoming expedition was first undertaken by Norwegian explorer Roald Amundsen and his team back in 1906, a journey that took three years. Mr Michon aims to do the same in two months, braving the same subzero temperatures, which is why the North Adventure is conceived to operate in temperatures as low as -40°C. The North Adventure is rated to 300m and features a monobloc sandblasted steel case measuring a comfortable 40.5mm in diameter. It’s equipped with a 4mm thick sapphire crystal, which is four times the thickness of a standard crystal, and coated with an anti-condensation treatment on the inside. The signature crown located at six o’clock has also been enlarged for optimum grip with wet or gloved fingers.

More notable is the defining feature of the case, a patented crown protection system that’s simple but effective: a hinged lug above the crown ensures it has to be fully screwed down before the watch can be worn. ZRC invented this in response to French navy requirements demanding a crown that would neither impede the wrist nor be susceptible to accidental unscrewing. More significantly, it has a luminous unidirectional bezel with the patented ECS (Easy Clean System), a unique channel system that circulates water under the bezel to wash away accumulated sea salt, which would otherwise hinder its rotation. Powering the watch is an ETA 2824-2, that has modified pivots and special lubrications to ensure it doesn’t freeze at sub-zero temperatures. The watch is available on a NATO-style strap or steel bracelet with a spring-loaded clasp that expands to allow wearing over thick clothing.

The ZRC North Adventure is available for preorder on Kickstarter for SFr1390, with delivery slated for May 2018.