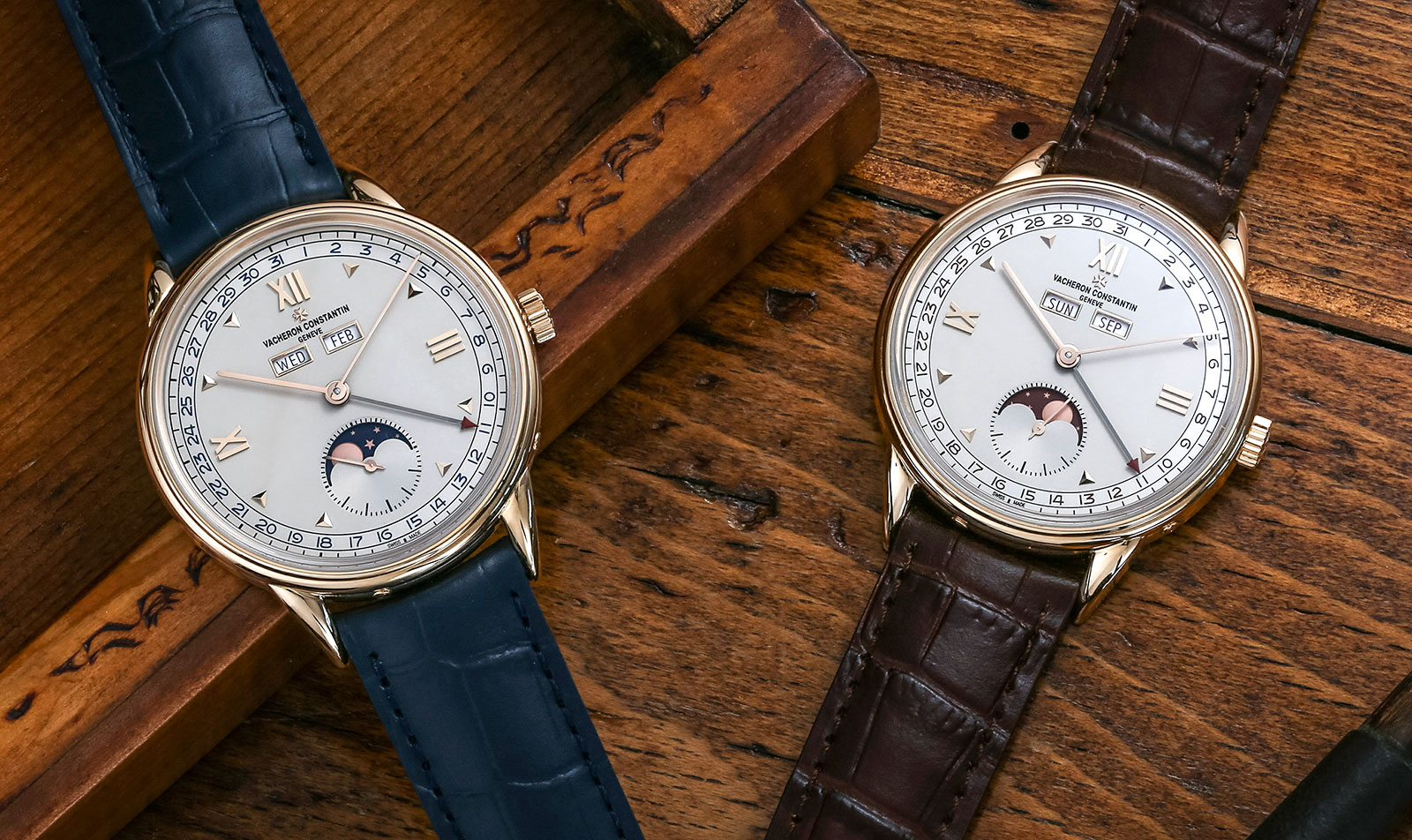 Vacheron Constantin reproduces, quite faithfully, a quintessential mid-20th century complication with the Historiques Triple Calendrier 1942 and 1948. Both based on models produced in the 1940s, the remakes have been given 40mm cases and recently developed movements, but still channel the spirit of the vintage originals convincingly. And unusually for a Historiques model, the Triple Calendrier 1942 is in stainless steel, making it as affordable as such a watch can be. And in modern times, Vacheron Constantin also produced the Les Historiques triple calendar ref. 47050 for a brief spell in the early 1990s, and more recently the chunky but stylish Toledo 1952 as well as the Harmony Complete Calendar, all of which are less remakes than they are vintage-inspired timepieces.

The two new remakes are more convincingly retro. Like the vintage originals, both are powered by similarly movements (based on the cal. 4400) and share the same dial layout, but each is distinguished by different interpretations of “claw” lugs. The Historiques Triple Calendrier 1942 is stainless steel and part of the regular collection, meaning it is not a limited edition. It’s modelled on the ref. 4240 of 1942, and reproduces the original’s key features, namely the “claw” lugs and triple gadrooning on the case band. As with many vintage remakes, the Triple Calendrier 1942 is fitted with a domed, “box-type” sapphire crystal that mimics the look of the acrylic crystal found on the vintage original. The Triple Calendrier 1942 is available with two dial styles, differing only in the colour of the calendar display, which is in either blue or red. The dial is radially brushed and silvered, while the hands are blued steel and all the markings printed. The steel case is 40mm wide and 10.35mm thick, giving it rather modern proportions. Inside is the cal. 4400 QC, which can be seen through the display back. The movement is based on the cal. 4400, a hand-wound calibre with a 65-hour power reserve. The Historiques Triple Calendrier 1948, on the other hand, takes its cues from the ref. 4240L of 1948. This is in 18k pink gold, and limited to 200 pieces in each dial style. Each dial variant differs only in the colour of the calendar, again either blue or red, while the rest of the dial remains identical. While powered by the same base movement, a crucial difference between this and the steel 1942 remake is the addition of a moon phase, explaining the cal. 4400 QCL inside, where “L” is short for lune, or moon. Aside from the moon phase, the movement is identical to that in the steel 1942. Also fitted with a “box-type” crystal, the case is again 40mm in diameter, with the same triple banded case middle, but with slightly less pronounced lugs. Being a more upmarket calendar watch, the Triple Calendrier 1948 has a fancier dial than its steel counterpart. The hour markers are applied and made of 18k pink gold, with Romans are the quarters and arrowheads in-between. Similarly, the windows for the day and month are framed in pink gold.