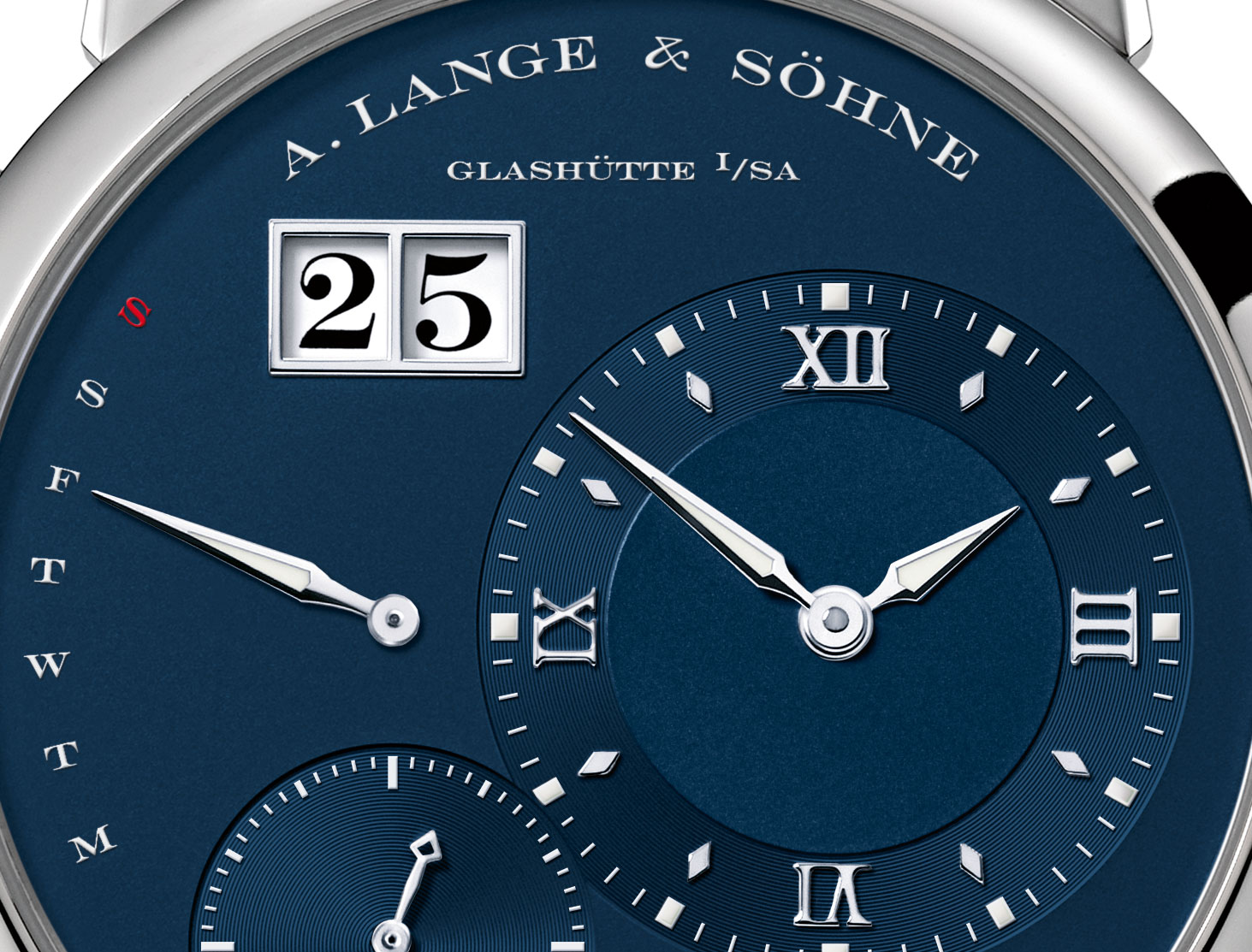 A. Lange & Söhne has introduced the Lange 1, Lange 1 Daymatic, Saxonia and Saxonia Automatic with deep-blue dials and white gold cases, a throwback to a combination first seen in the late 1990s.

The Lange 1, for instance, was produced in the same livery from 1997 to 2002. The colour has also graced the face of the Cabaret, first-generation Saxonia and 1815 as well as the Tourbillon Pour le Mérite. And for the brand’s 20th anniversary in 2014, Lange also launched a limited edition Lange 1 set with a blue guilloché dial.

The new quartet — two manual-wind and two automatic models — have dials that are made of a disc of solid silver galvanically coated in blue. According to Lange’s product development head Anthony de Haas, the blue dials are exactly the same colour as that found on the similarly clad 1990s models.

The Blue Series is a facelift: on the inside, it is business as usual, with the same in-house calibres decorated Lange-style. While it isn’t a limited edition, the Blue Series is slated for a limited production, meaning that a number will be produced to meet the orders submitted by boutiques and retailers at the launch. Once those initial orders are filled, there will be no more. The Blue Series will be available later in 2017.

Powering the Lange 1 Blue Series is the same cal. L121.1 with a free-sprung balance wheel. It is the second-generation of Lange 1 movements, released in 2015. Launched 15 years after the Lange 1, the Lange 1 Daymatic was a concession to modernity in that it was the first watch in the family to be powered by a self-winding movement, the cal. L021.1. With the signature asymmetric dial inverted, the Daymatic replaces the power reserve indicator of the Lange 1 with a retrograde day-of-the-week indicator. The current Saxonia Automatic was introduced in 2015 as a facelift of the earlier generation, with tweaks including a new minute scale and extended baton indexes to create a more legible dial. It is powered by the self-winding cal. L086.1, which has a power reserve of 72 hours. An exercise in essentialism, the Saxonia today measures 35mm in diameter and is powered by the cal. L941.1, which has a 45-hour power reserve.